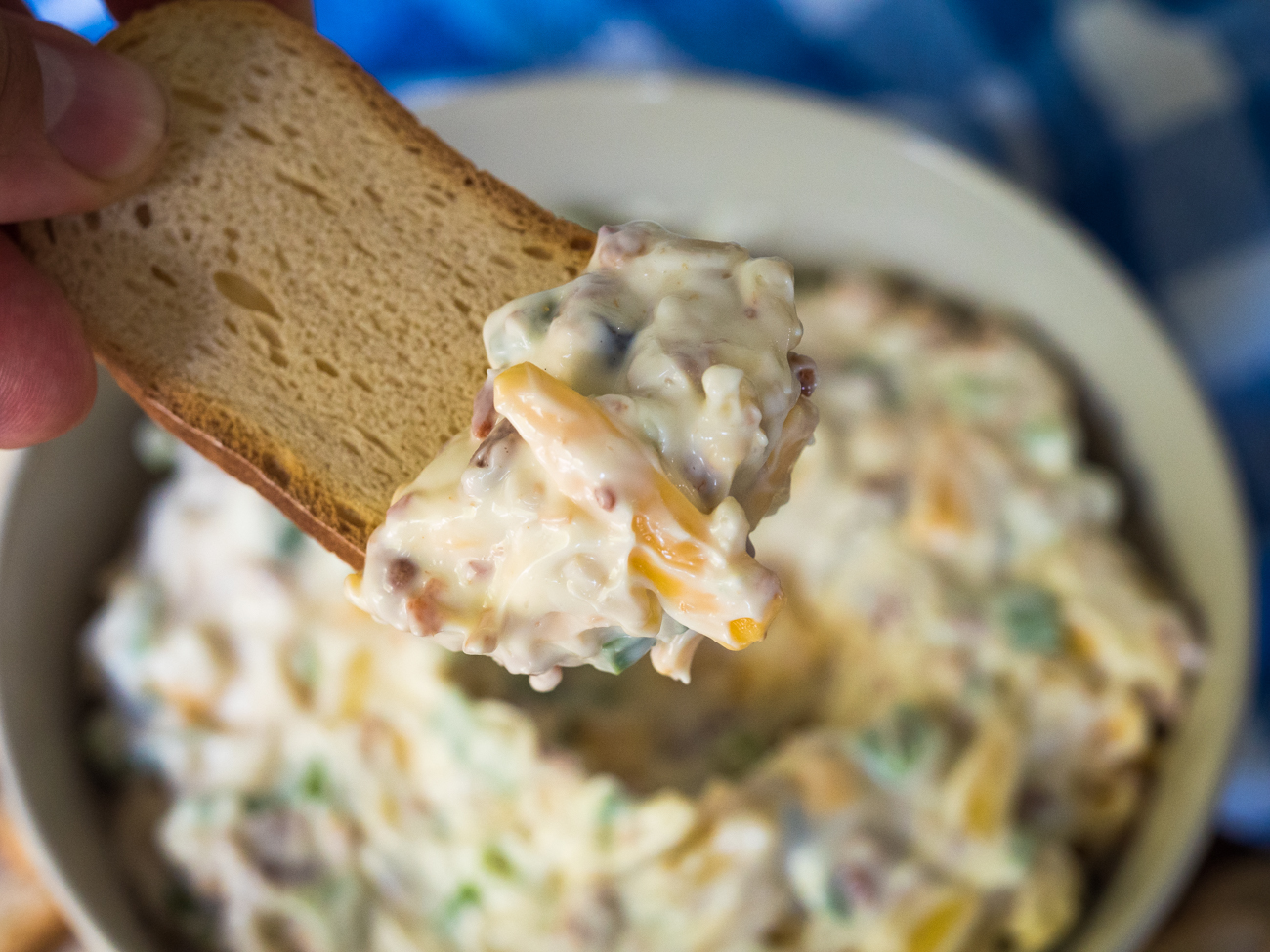 I don’t think I’ve ever come across a cheesy dip I didn’t like, but this one is darn near addictive. It’s a creamy mayo base that’s studded with cheddar cheese, bright green onion, crunchy sliced almonds, and the ingredient that makes pretty much everything better – bacon. There’s no need to bake it or broil it or even cook a single thing… It literally takes five minutes to make. 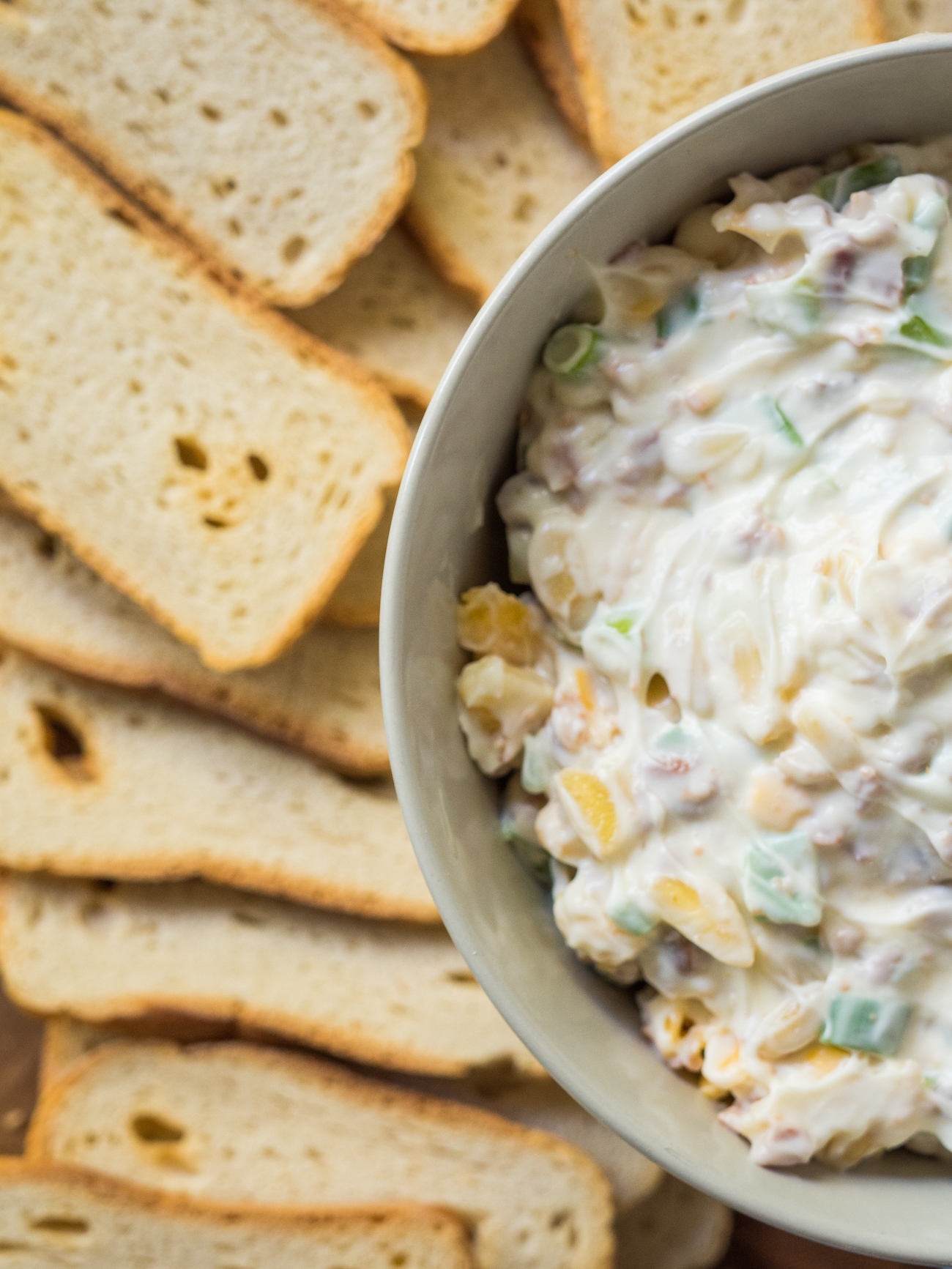 Five minutes and five ingredients is pretty hard to argue with, but flavor is the thing that really matters most, and this dip has plenty of it. Though the ingredient list is short, each and everything on it complements each other so well. Just think of it as a really well-curated ingredient list. 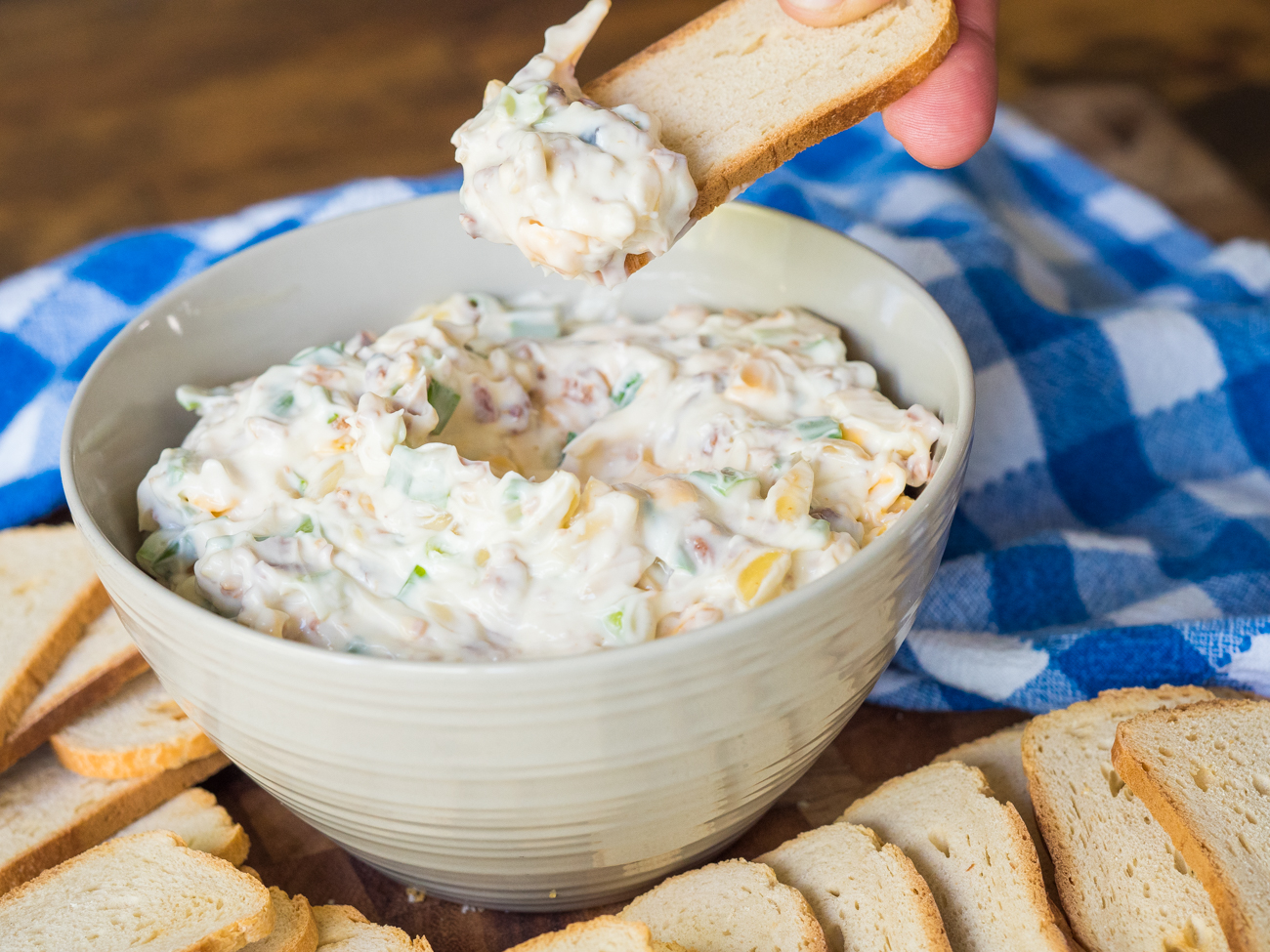 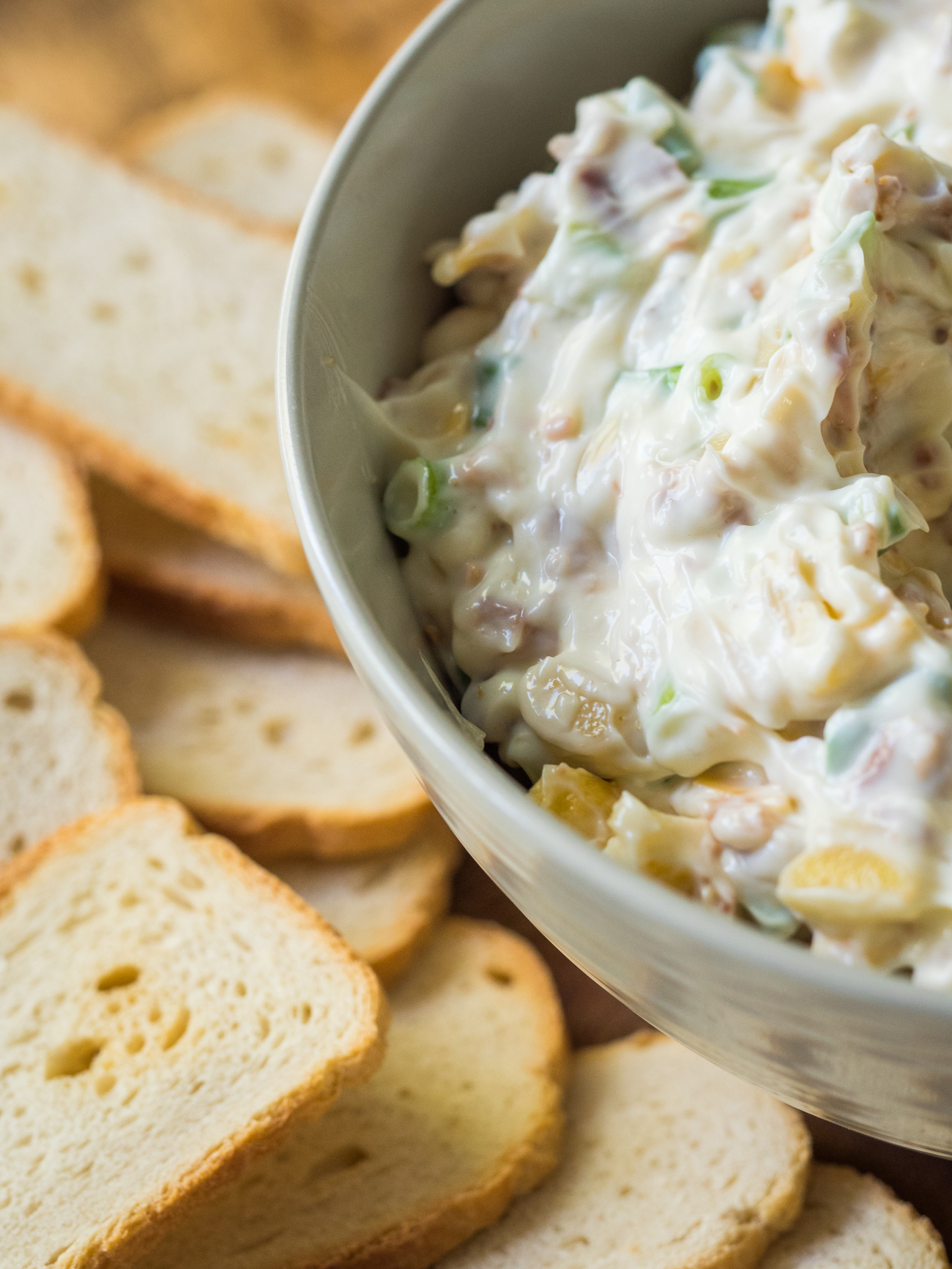 There are recipes out there that try to gussy this up a bit with cream cheese or Greek yogurt or additional seasoning, but in this case, simple is truly best. The dip comes from a woman named Helen Corbitt, who invented it in the 1950s while she was the director of food services for Neiman Marcus. It’s creamy, cheesy, bacony… everything you could want from a dip. 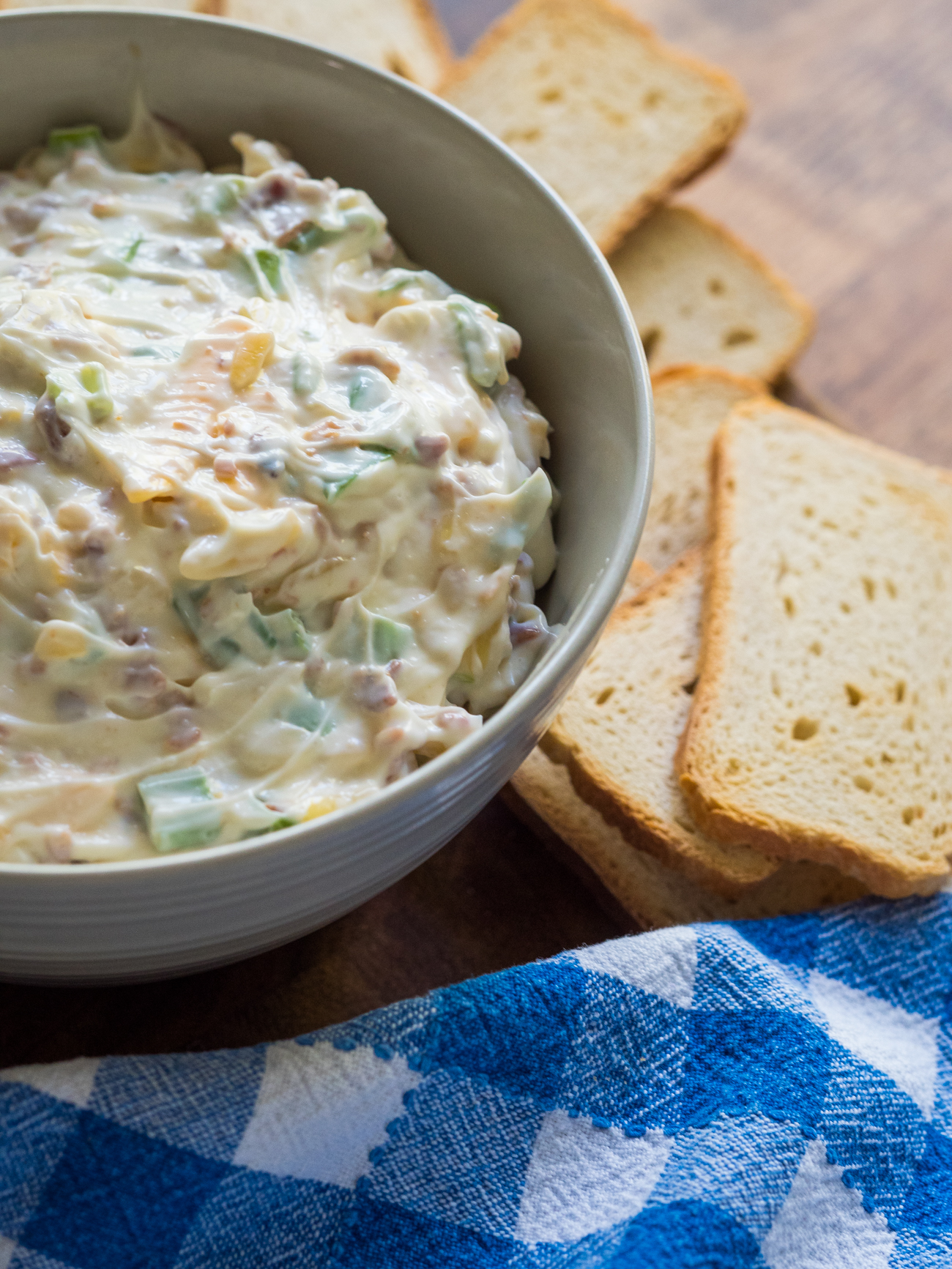