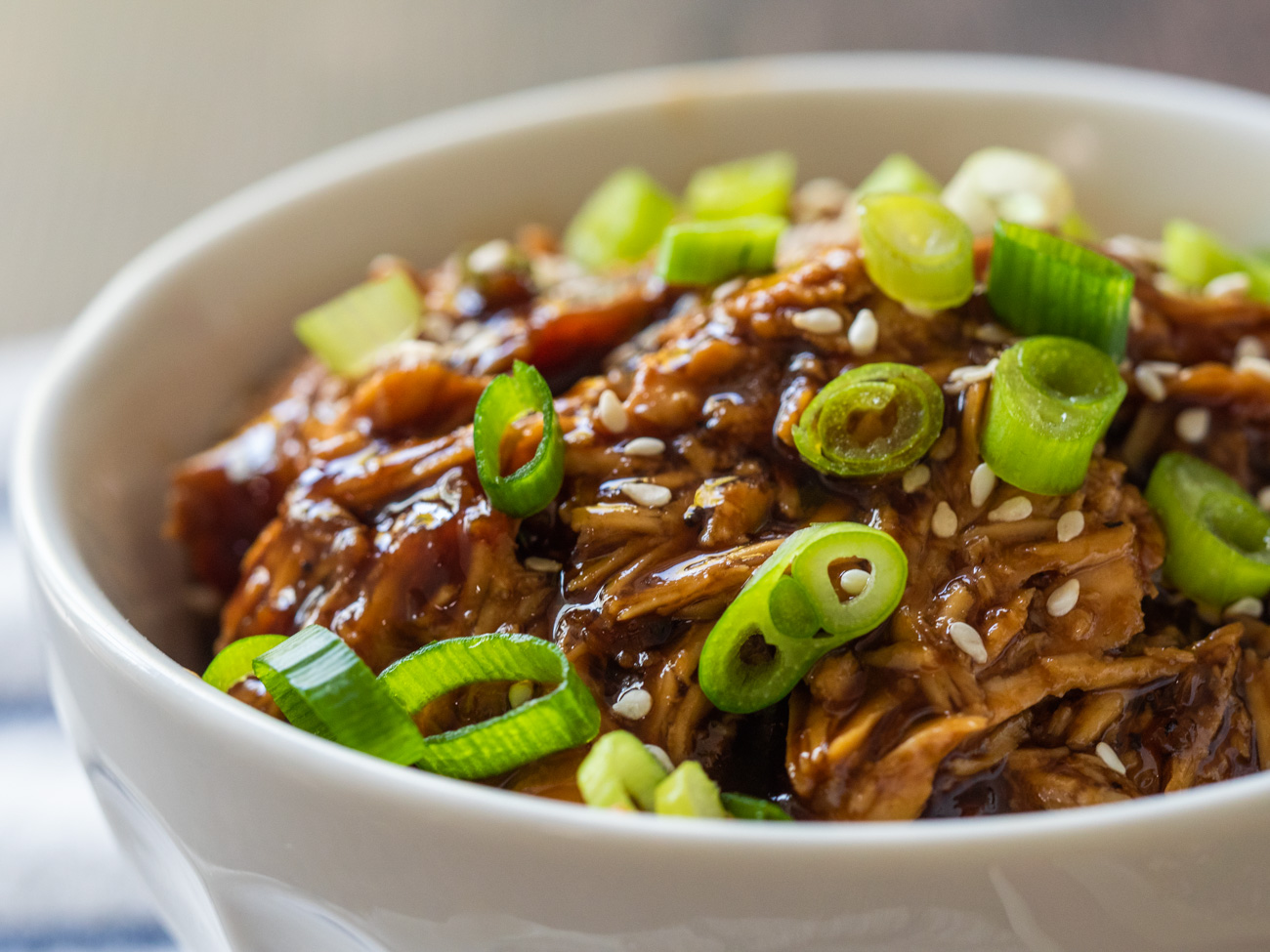 I’m not going to claim that this is the only slow cooker chicken recipe you need, because a slow cooker chicken recipe is a thing you can never have too many of, but I will go ahead and predict that this will be one of your all-time favorites. See, it’s simple shredded chicken, but it’s simple shredded chicken that’s coated in a sweet and savory honey-garlic sauce that’s so good you just might find yourself eagerly licking it off of a spoon. 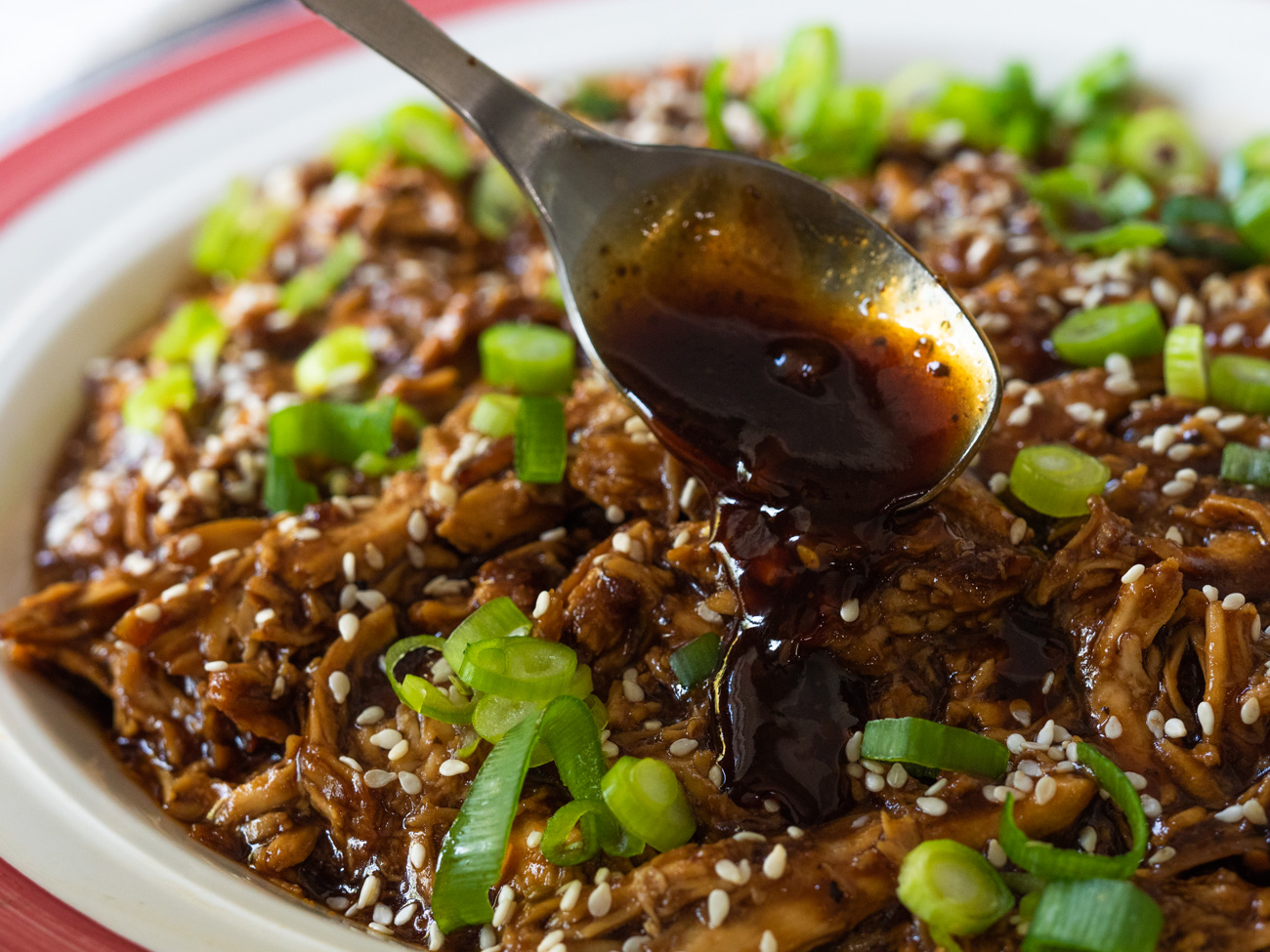 The chicken simmers in that sauce in the crockpot, so its flavor really runs throughout every bite. It’s a mixture of honey, soy sauce, and blackberry jam, along with some garlic and ginger for good measure. While blackberry jam might seem a little unexpected, it backs the honey up by lending a wonderful layered sweetness while the soy sauce keeps it from being too cloying. 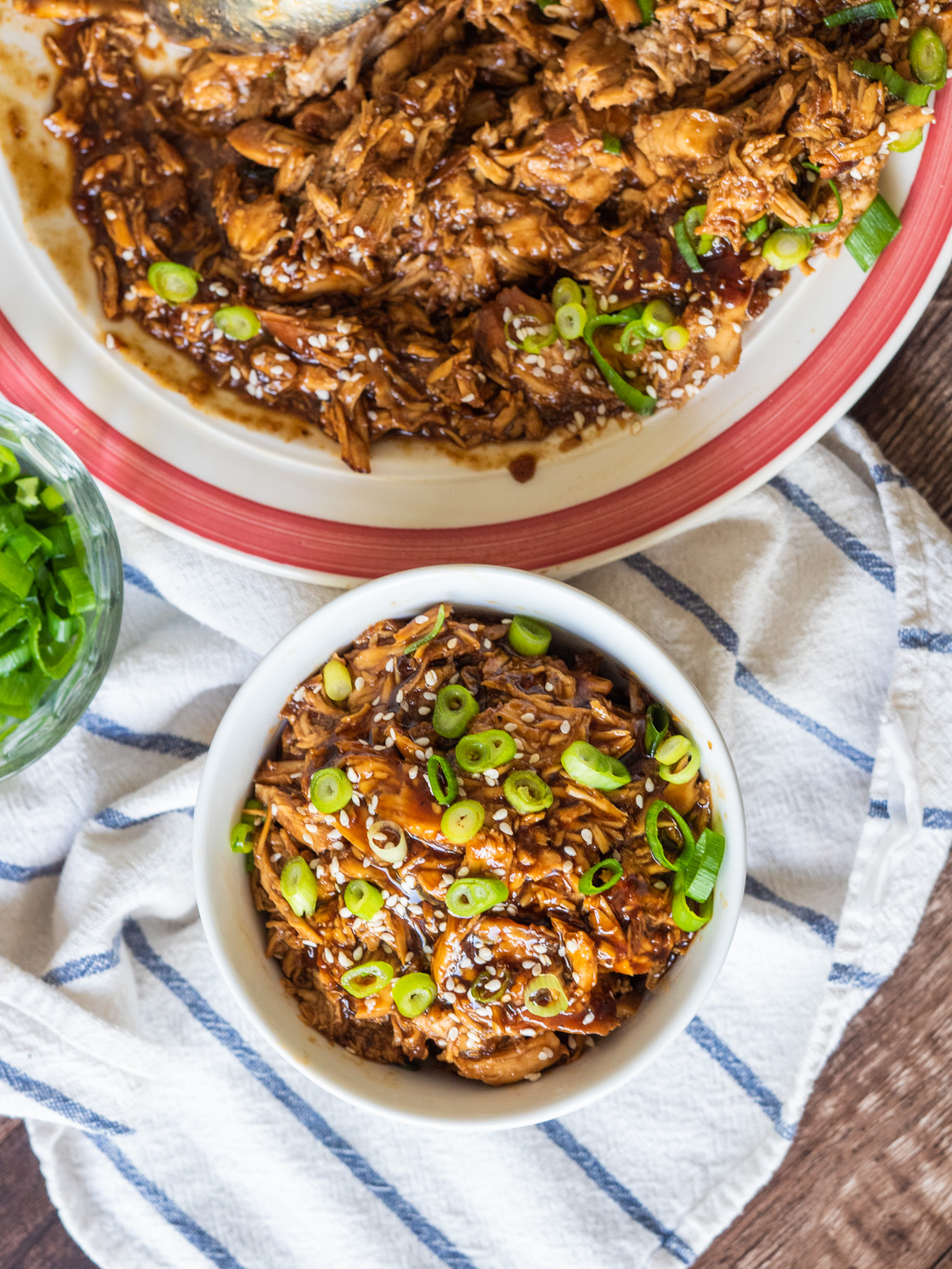 Since you’re using boneless, skinless chicken breasts here (thighs would be fine too), the cooking time is fairly quick for a crockpot meal – just two hours on high or four hours on low. Once it’s done cooking, you shred the chicken while you let the leftover liquid simmer in a saucepan with a little cornstarch slurry until it’s thickened up into a sticky showstopper. 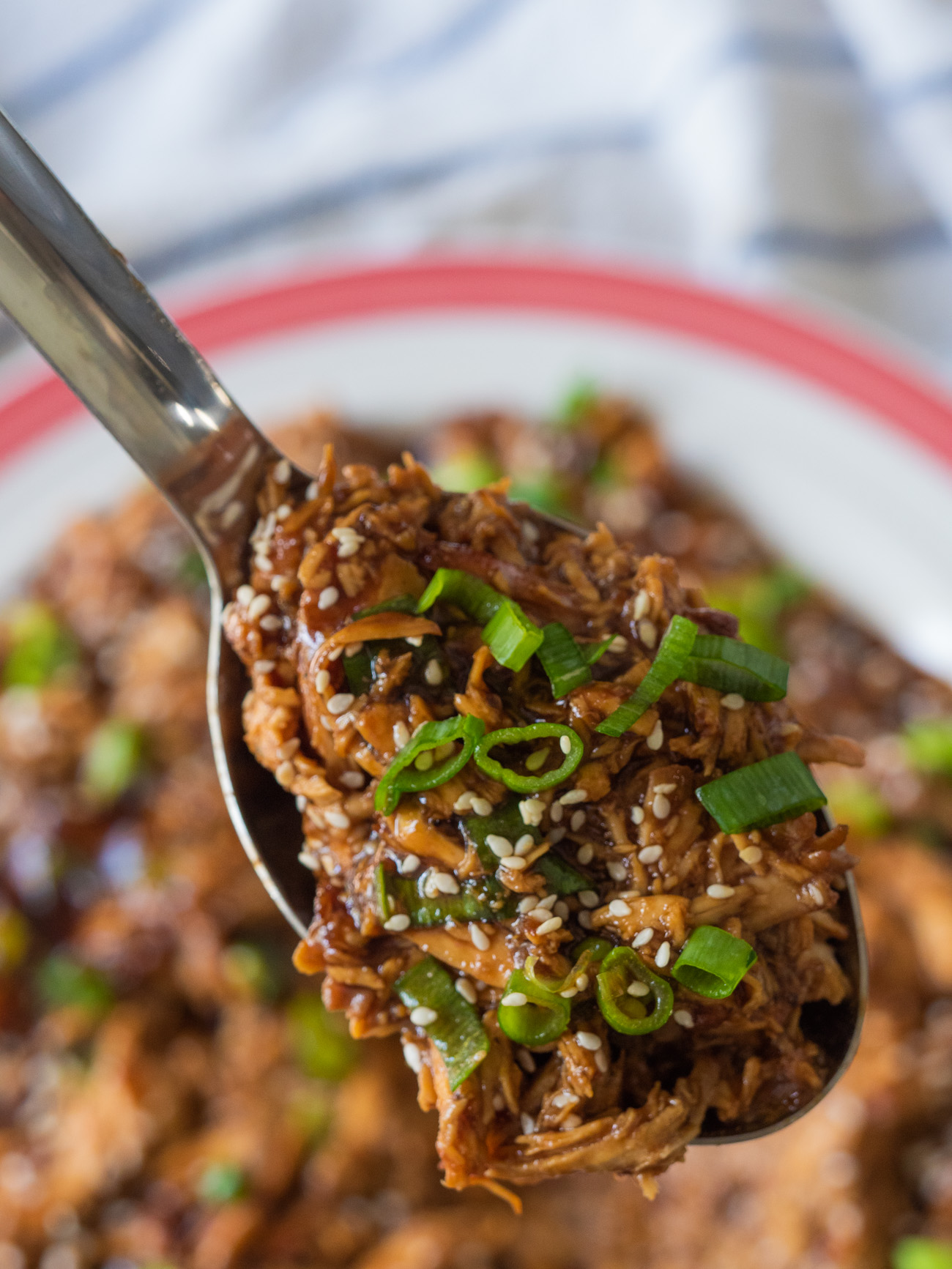 Could you get away with skipping that last simmering step? Maybe so. But you’d lose out on the caramelization that happens on the stovetop and the way it transforms the sauce into a syrupy concoction that clings to every piece of chicken. Besides, it’ll only take you five minutes, and that’s well worth the time to acheive this sort of deliciousness. 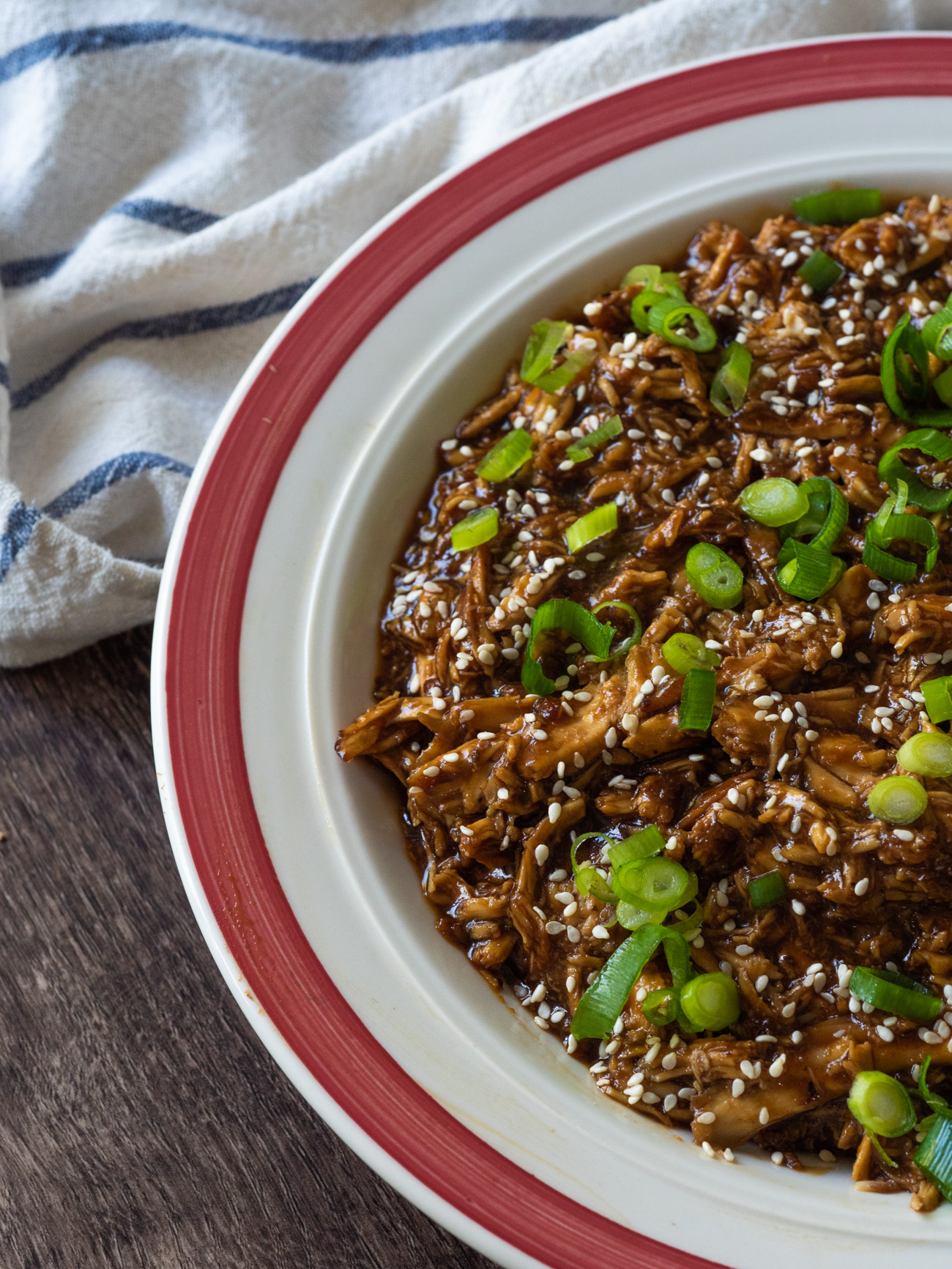 Recipe adapted from The Cooking Jar.