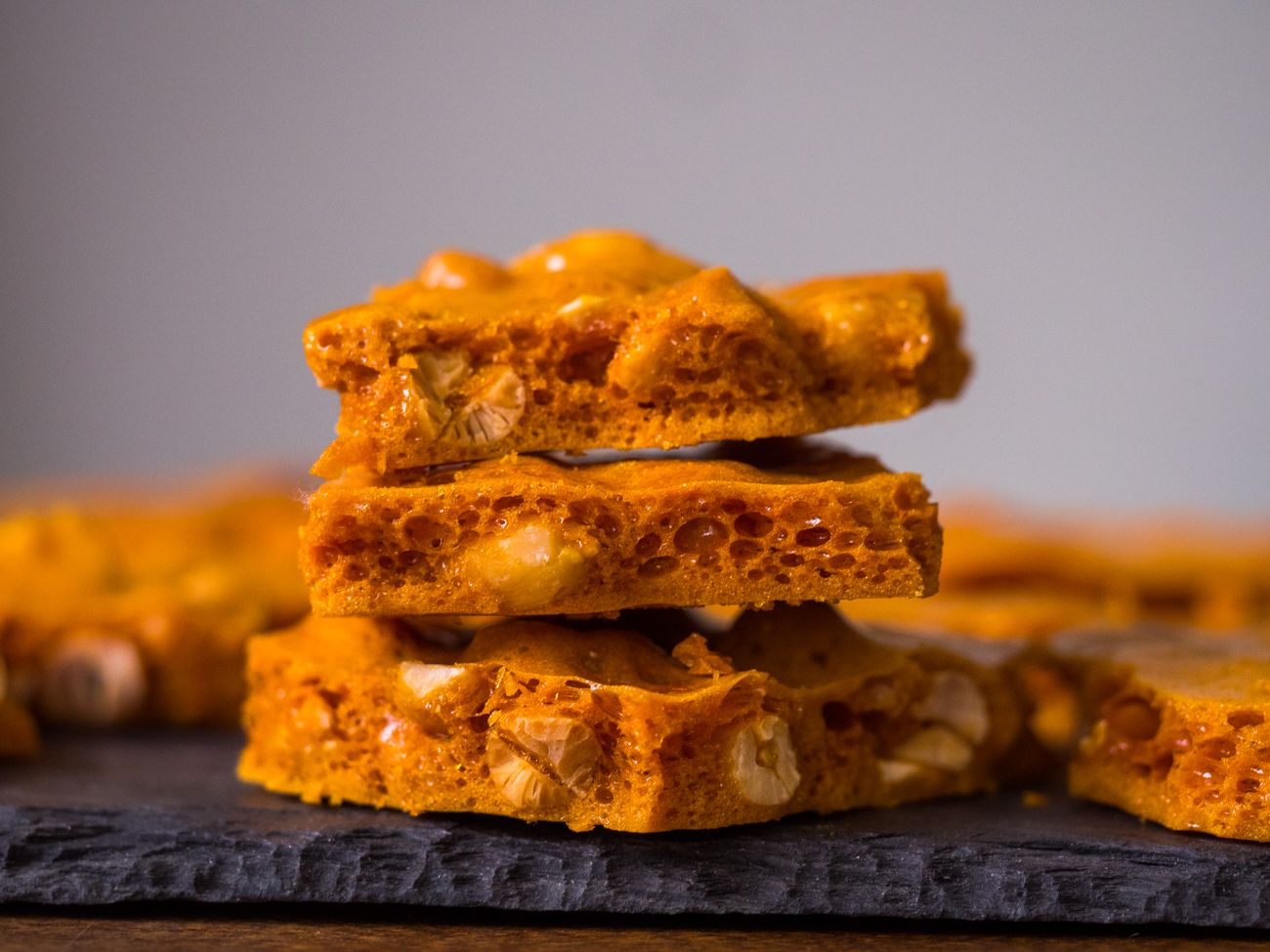 I’m sure you’ve had peanut brittle before, but you probably haven’t had peanut brittle quite like this. Instead of the one-note (but delicious) brittle crack, Georgia Pig Peanut Brittle has an airier honeycomb crunch that makes it incredibly difficult to step away from. It’s crisp but light, sweet but salty, and even if you don’t have much experience in homemade candy making, this is one you can easily handle (and you’ll be so glad you did). 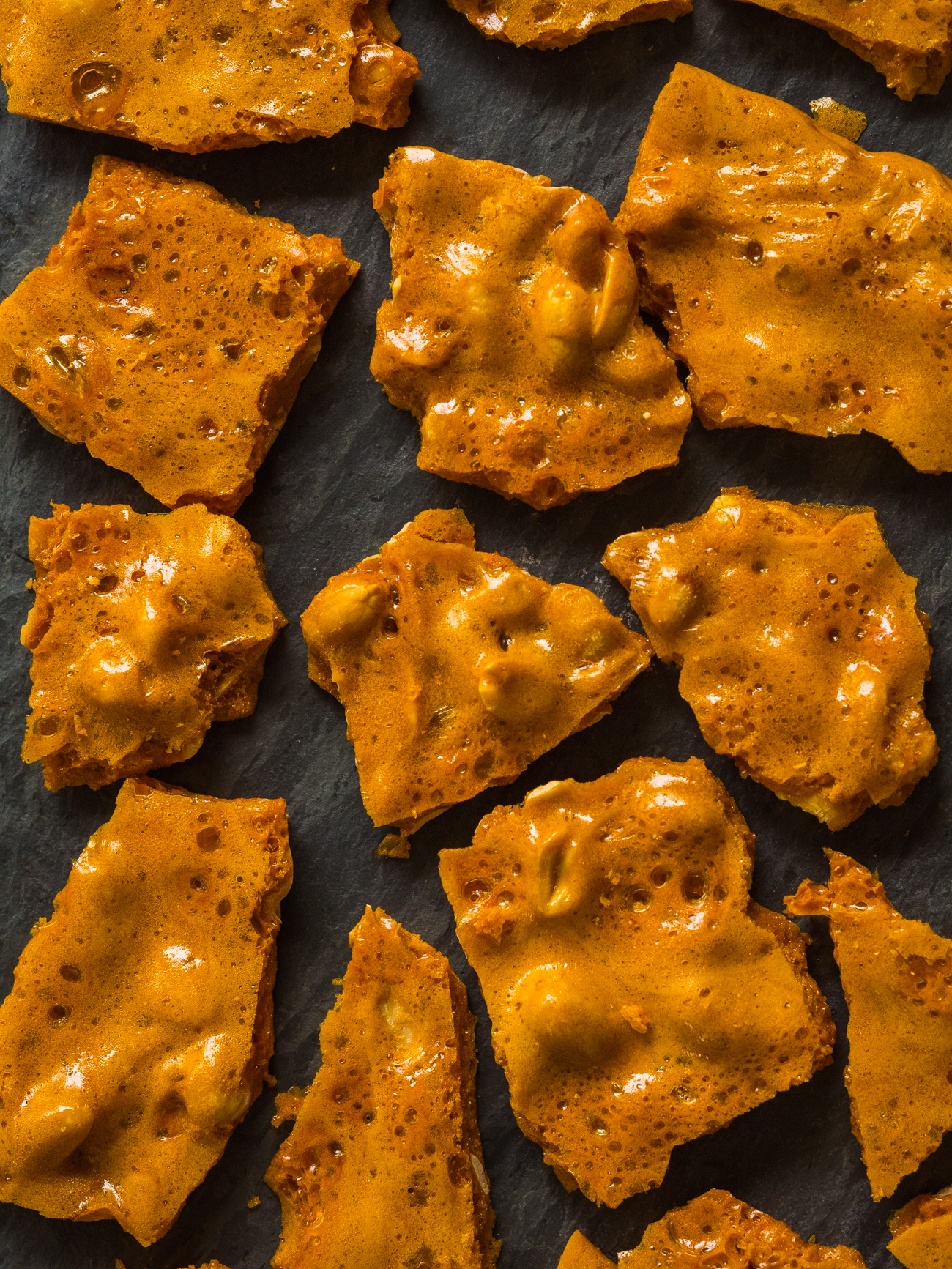 You’ll need a candy thermometer to make this, but all you’re doing is watching the temperature – you don’t need to look for thread or softball stages or anything like that. You start by boiling some corn syrup, sugar, and water until it reaches 275°F before stirring in some toasted peanuts. 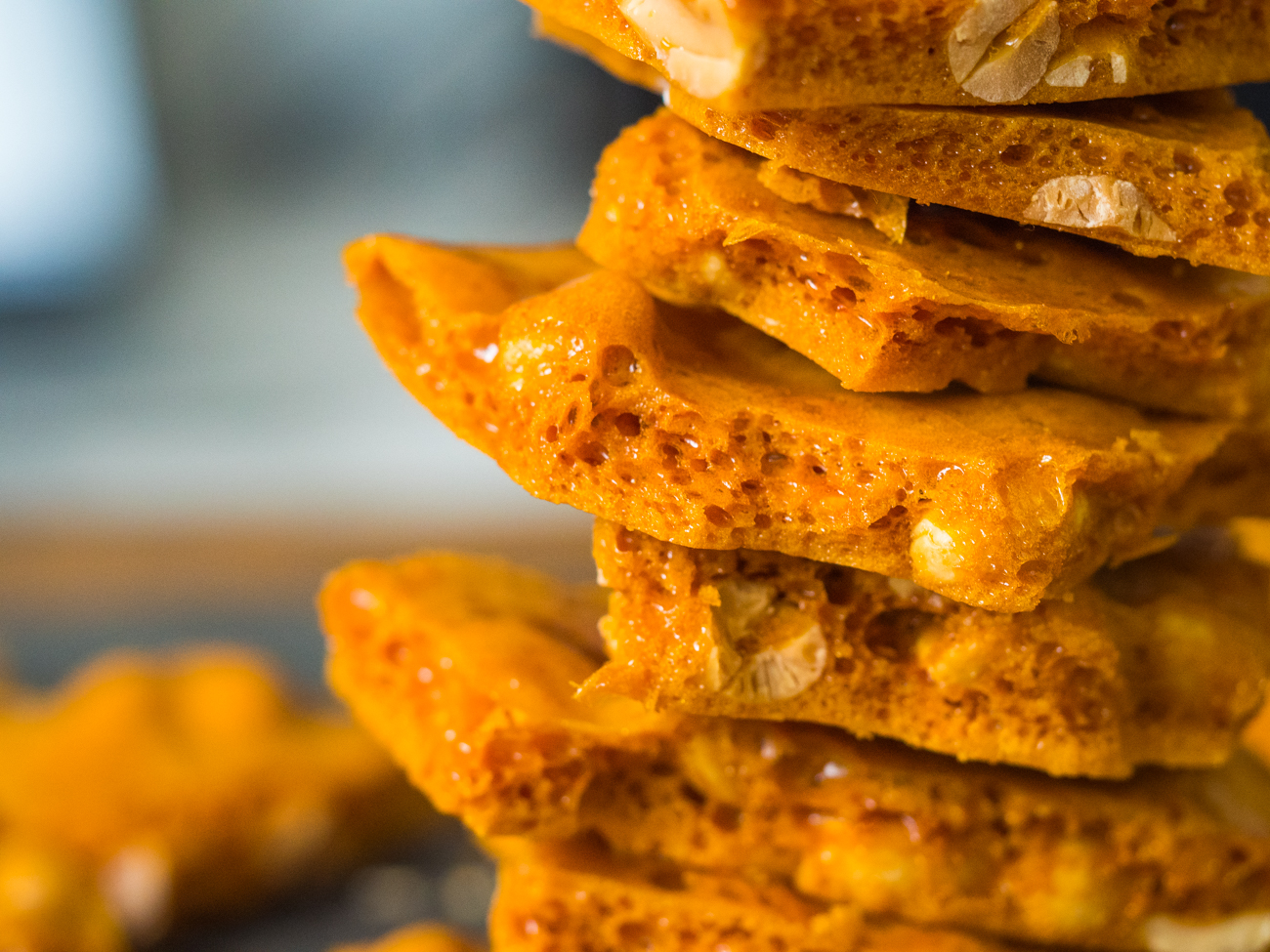 Once you hit 300°F, you remove your pan from the heat and quickly stir in some melted butter and baking soda. This is where the magic happens. You want to stir for just a few seconds until the mixture is foamy and has risen almost to the top of the pan. You pour out the mixture while it’s still foamy and that’s what creates that lovely honeycomb texture. 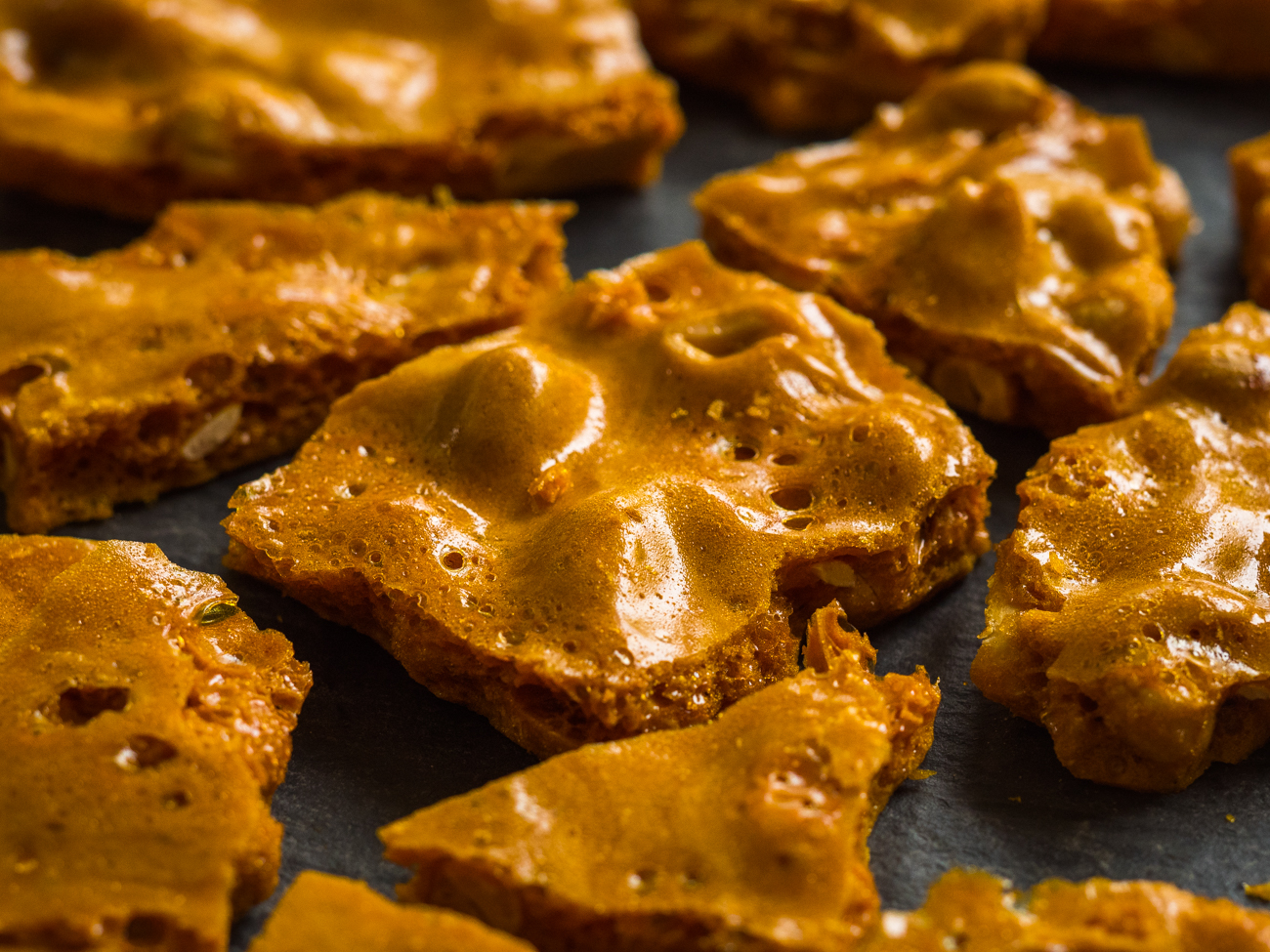 It sets up in just about thirty minutes or so and all that’s left to do is break it apart and start snacking. Be forewarned though, once you start snacking on this, it’s pretty hard to stop! 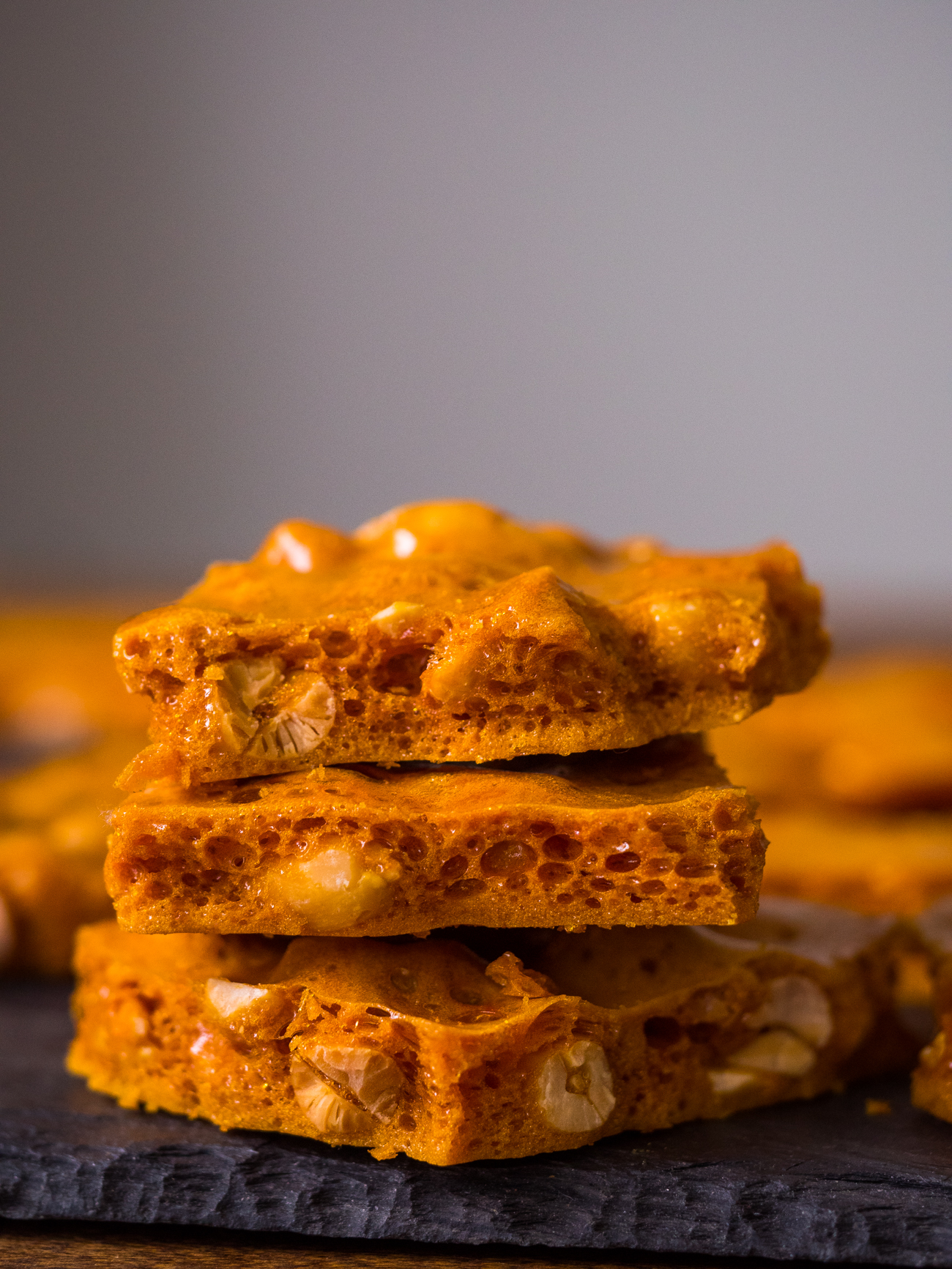