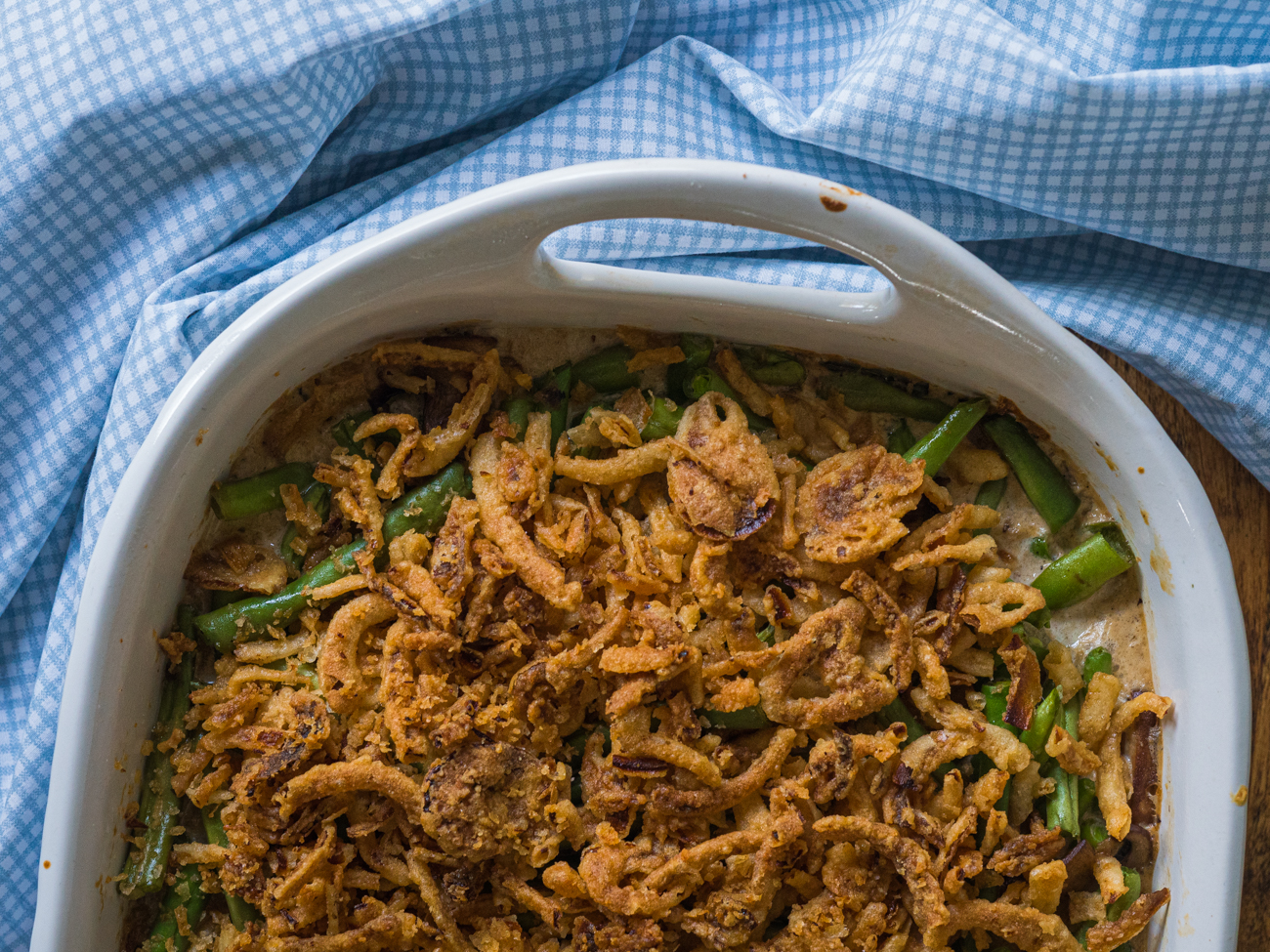 Who knows how Green Bean Casserole evolved into something that is almost always made with a can of cream of mushroom soup… Not that we shy away from ‘cream of whatever’ soups here at 12 Tomatoes. We do not. But there’s a time and place for the can and there’s a time and place for from-scratch, homemade cooking, and what better time is that than the holidays? We’ve all had plenty of Green Bean Casserole over the years, but our from-scratch version delivers a more vibrant, creamy, and delicious version. The kind of comfort you just can’t get out of a can. 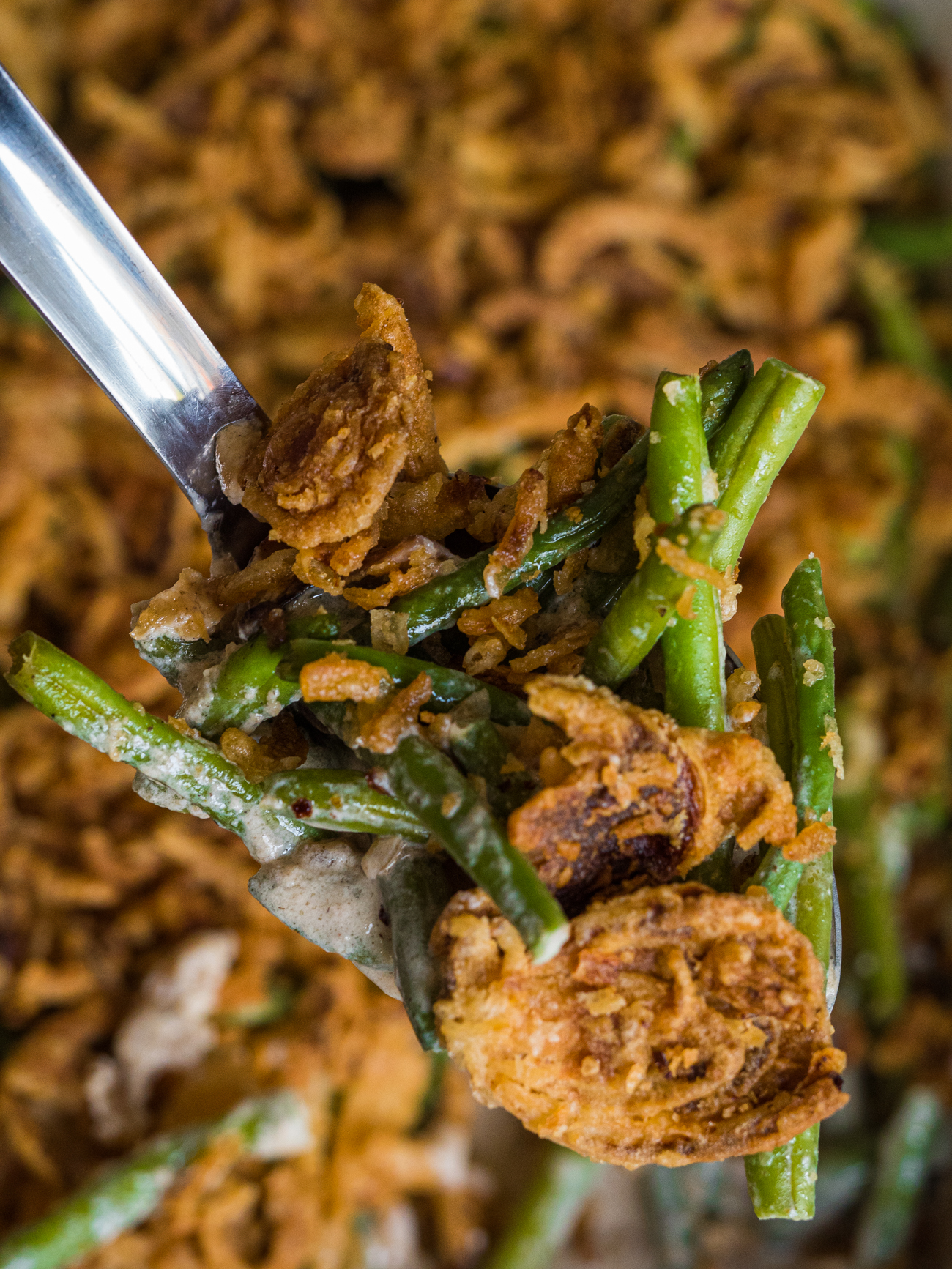 Full disclosure, when I say “from scratch,” it is maybe not entirely accurate because this still includes some packaged fried onions. Could you make your own fried onions? Of course! But I happen to love French’s completely crunchy, crispy nature and so that one pre-made shortcut remains in this dish. But, oh boy, are they good. 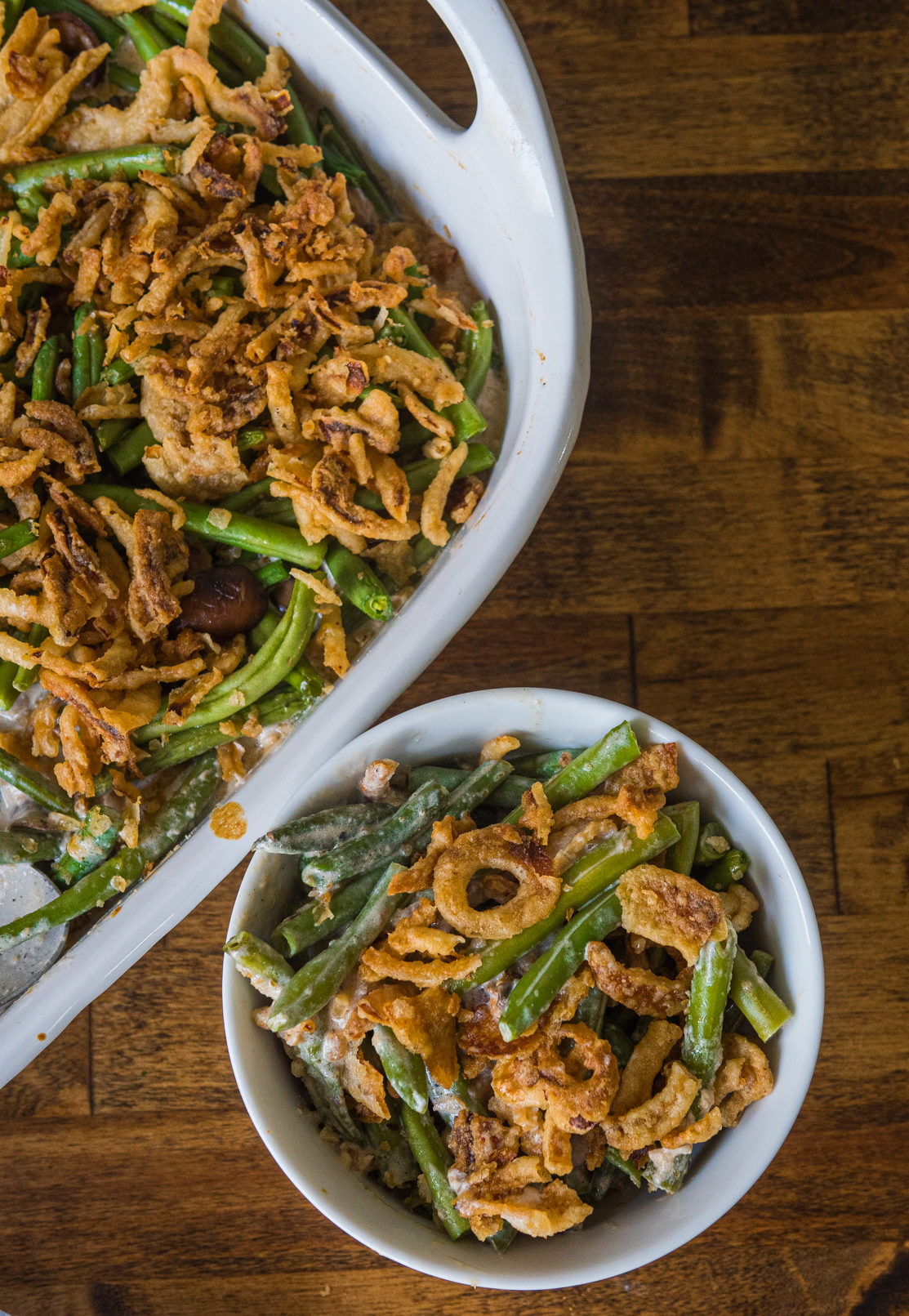 Making Green Bean Casserole from scratch isn’t really all that complicated. If you’ve made a roux-based sauce before, you’ve already got the skills to make this. You start by browning some onions and mushrooms until they’re a nice, rich brown. (In butter, of course. This is a special occasion dish, after all.) 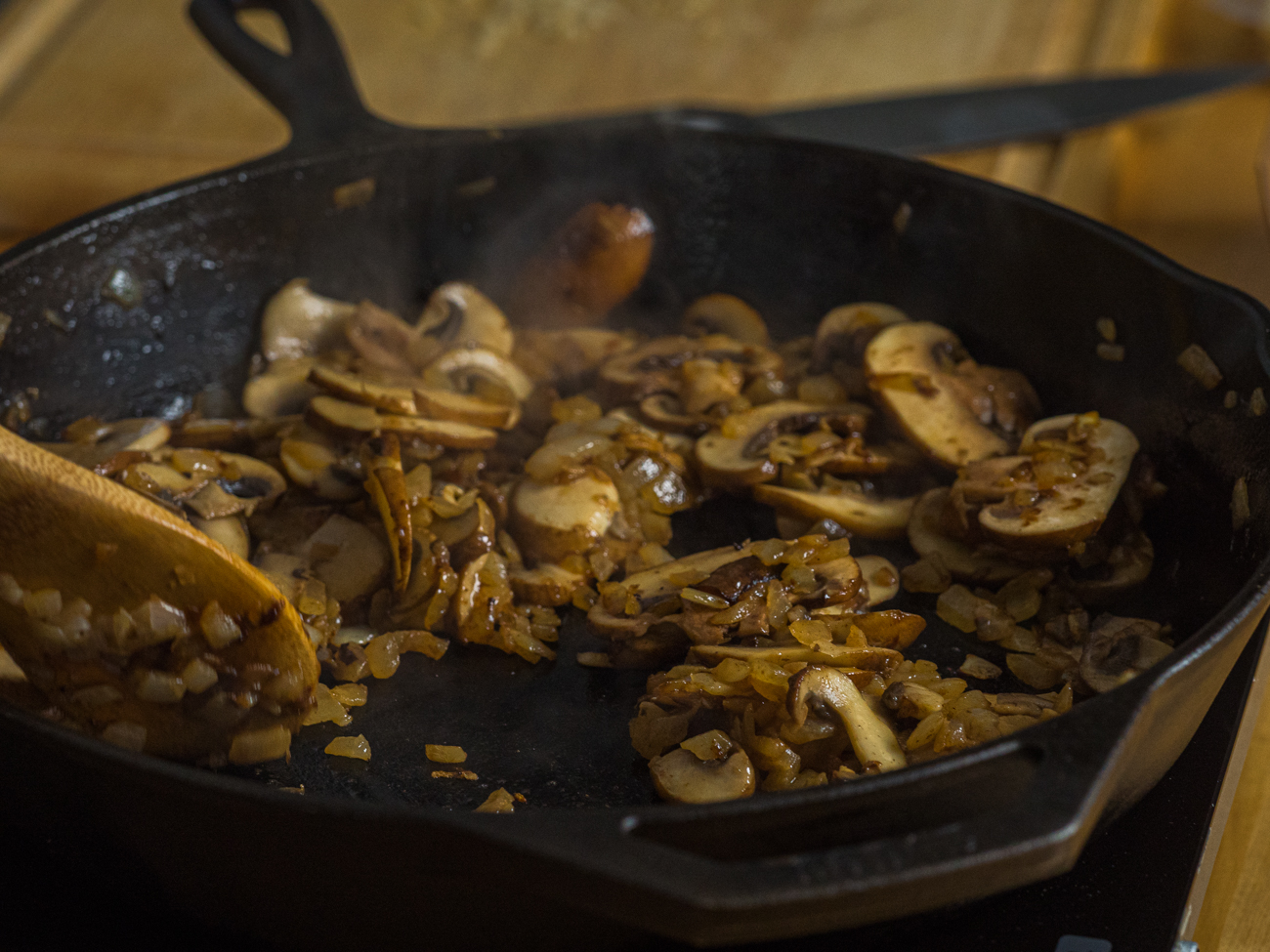 You remove those from the skillet, add a little more butter, whisk in some flour, and then stir in some half-and-half. That thickens up nicely… 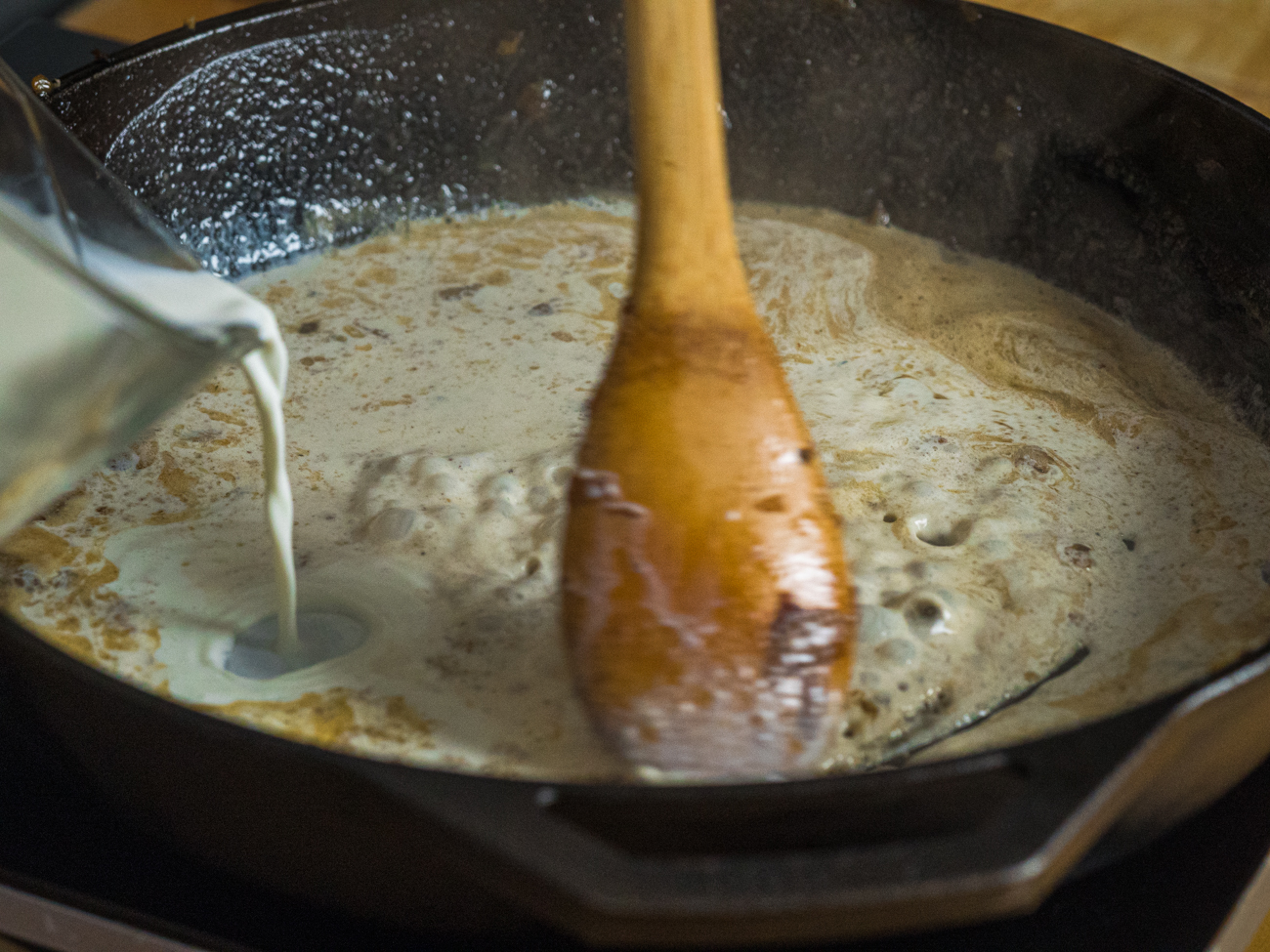 … and gets poured over the mushroom/onion mixture and some vibrant (fresh!) blanched green beans. 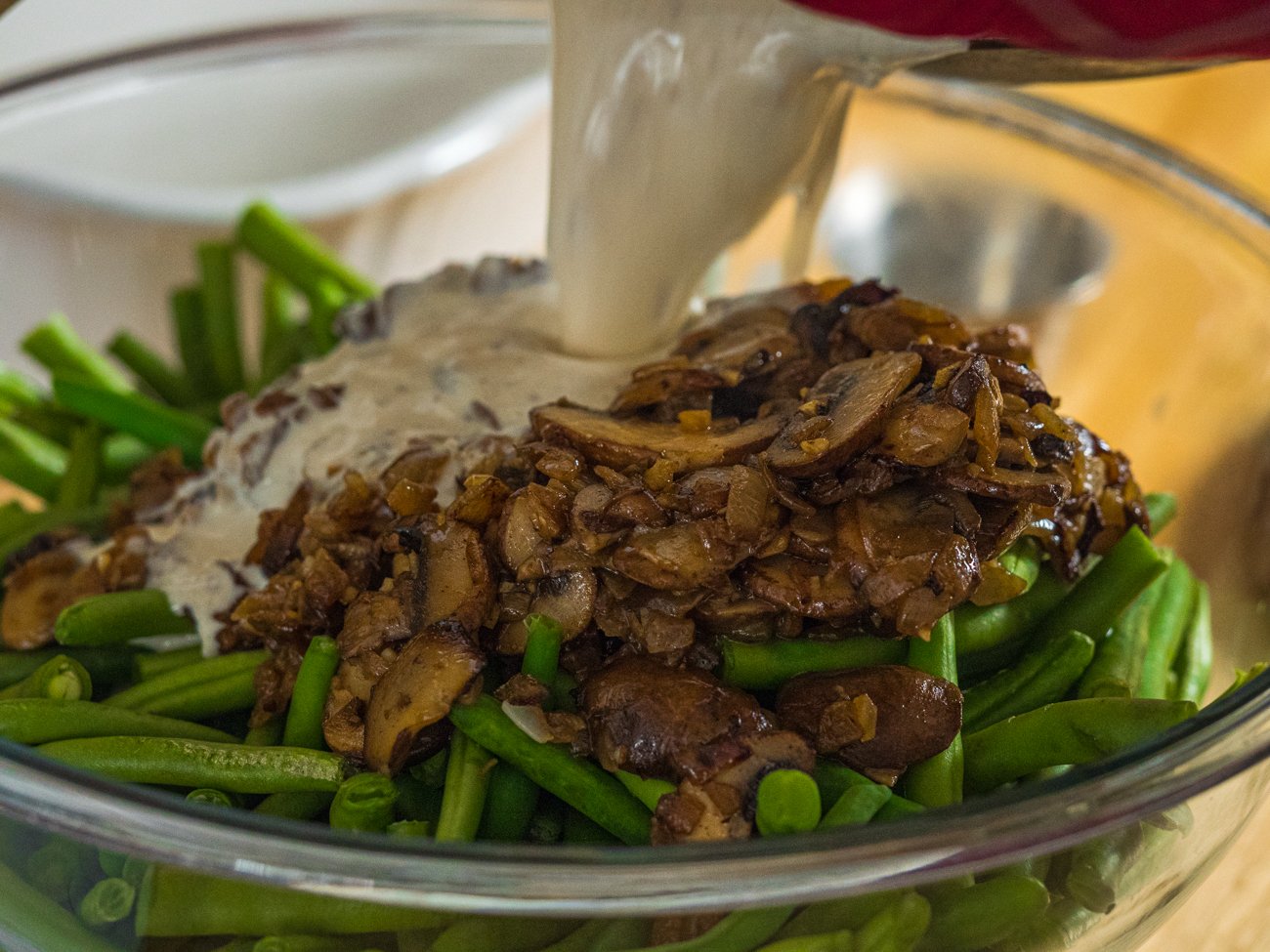 They all head into a casserole dish… 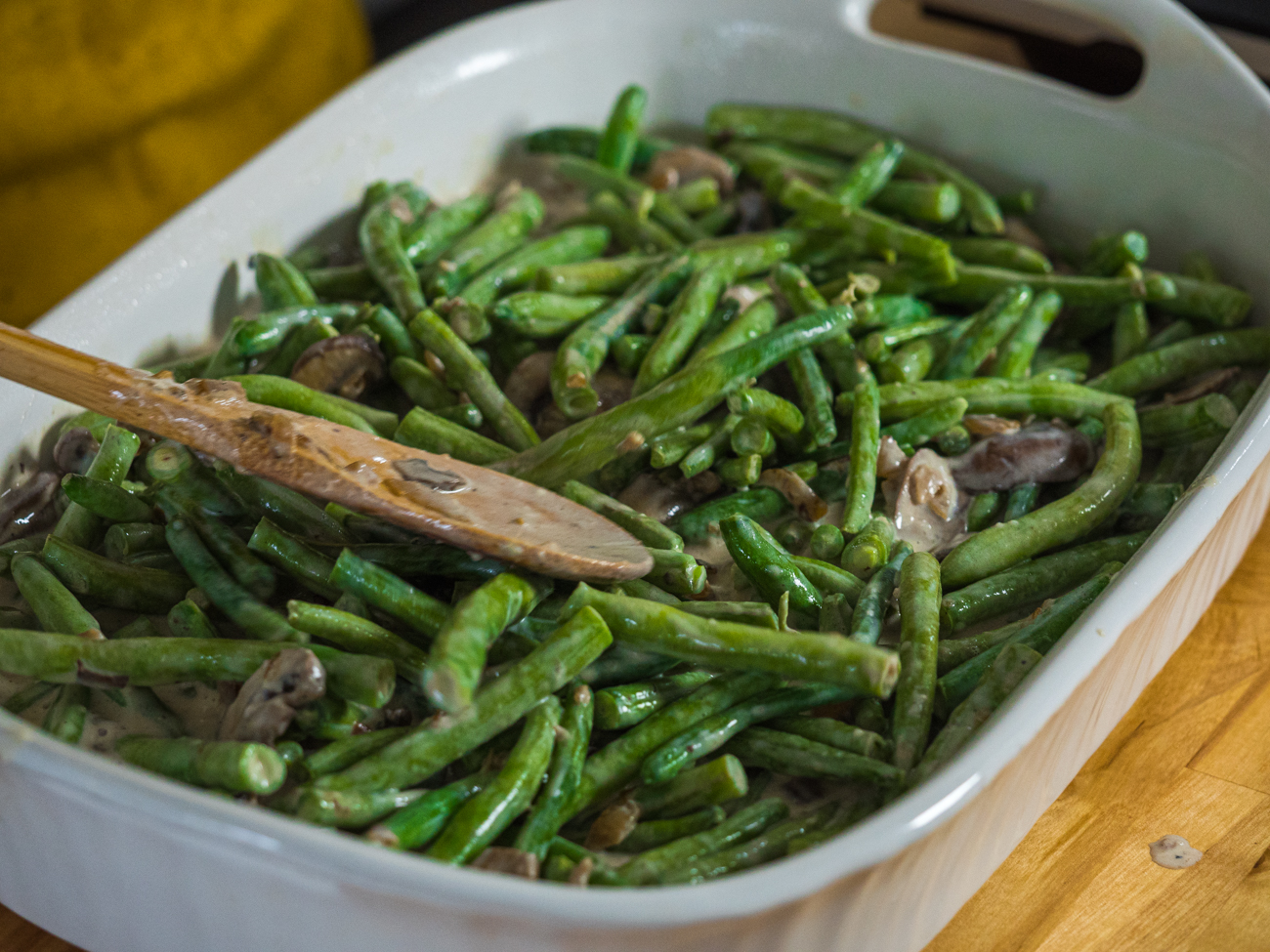 … and get topped with some crispy fried onions. 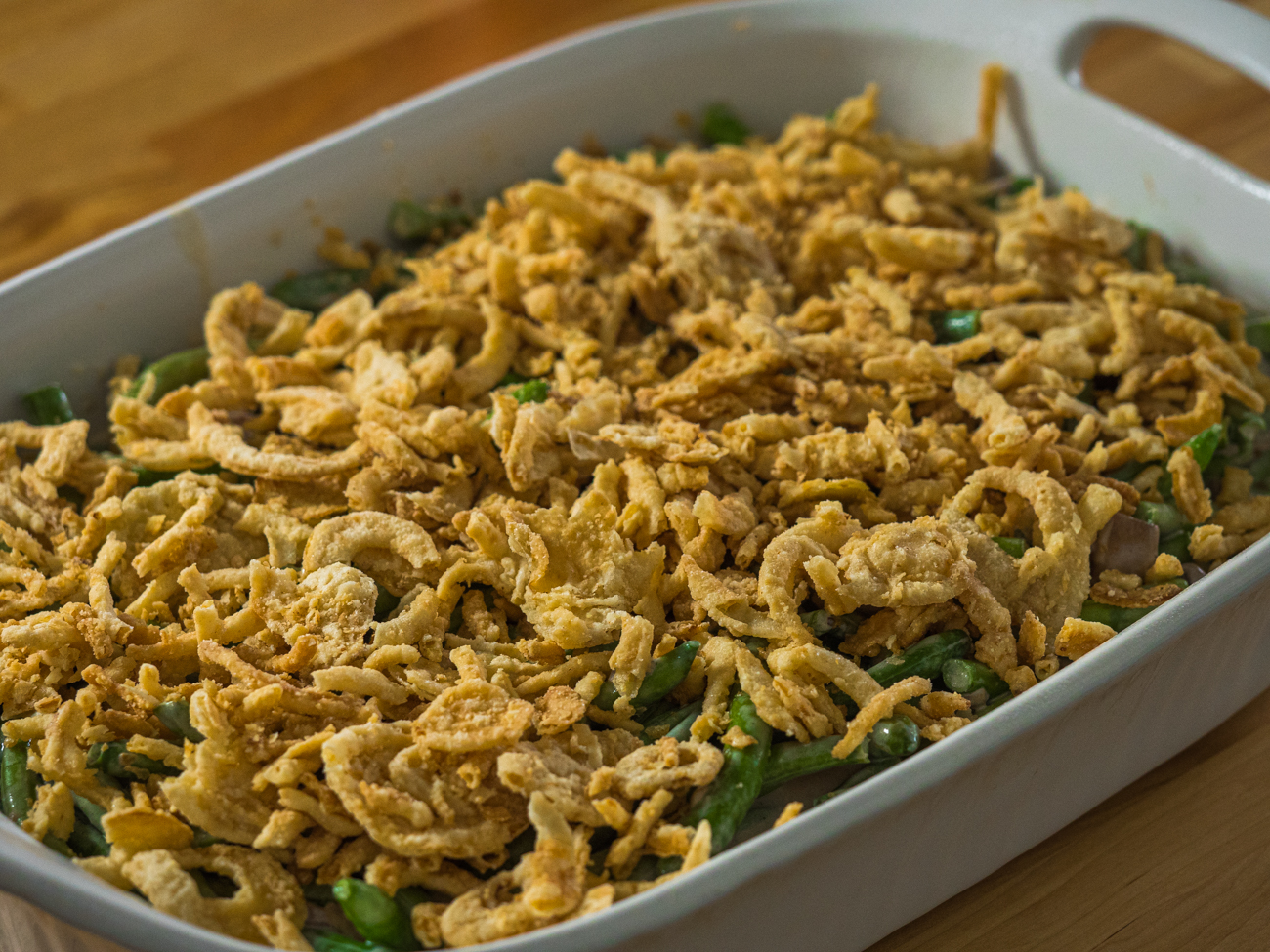 As it bakes, that beautiful sauce simmers up around the green beans and makes them perfectly tender (never mushy) and the onions get delightfully crunchy and golden brown. 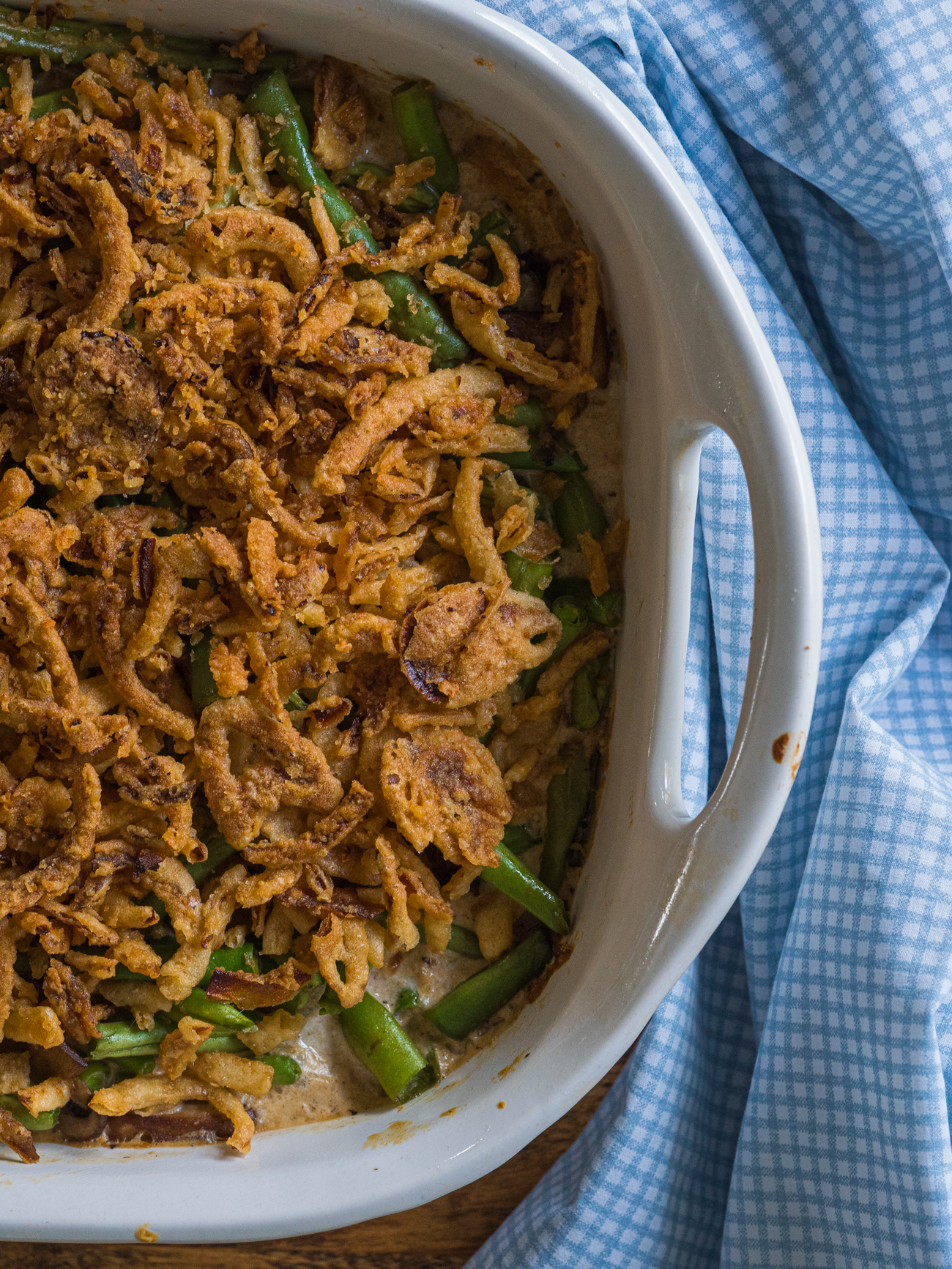 The sauce is more nuanced than any canned version could be. It’s scented with sauteed garlic and onion, but also has the earthy bite of fresh mushrooms. It’s creamy and delicate and never even approaches gloppy. The end result is a casserole that feels a bit more refined than the green bean bakes you’ve had before, but it’s still homey and rustic and – dare I say – even more delicious than the one your mama might have made. 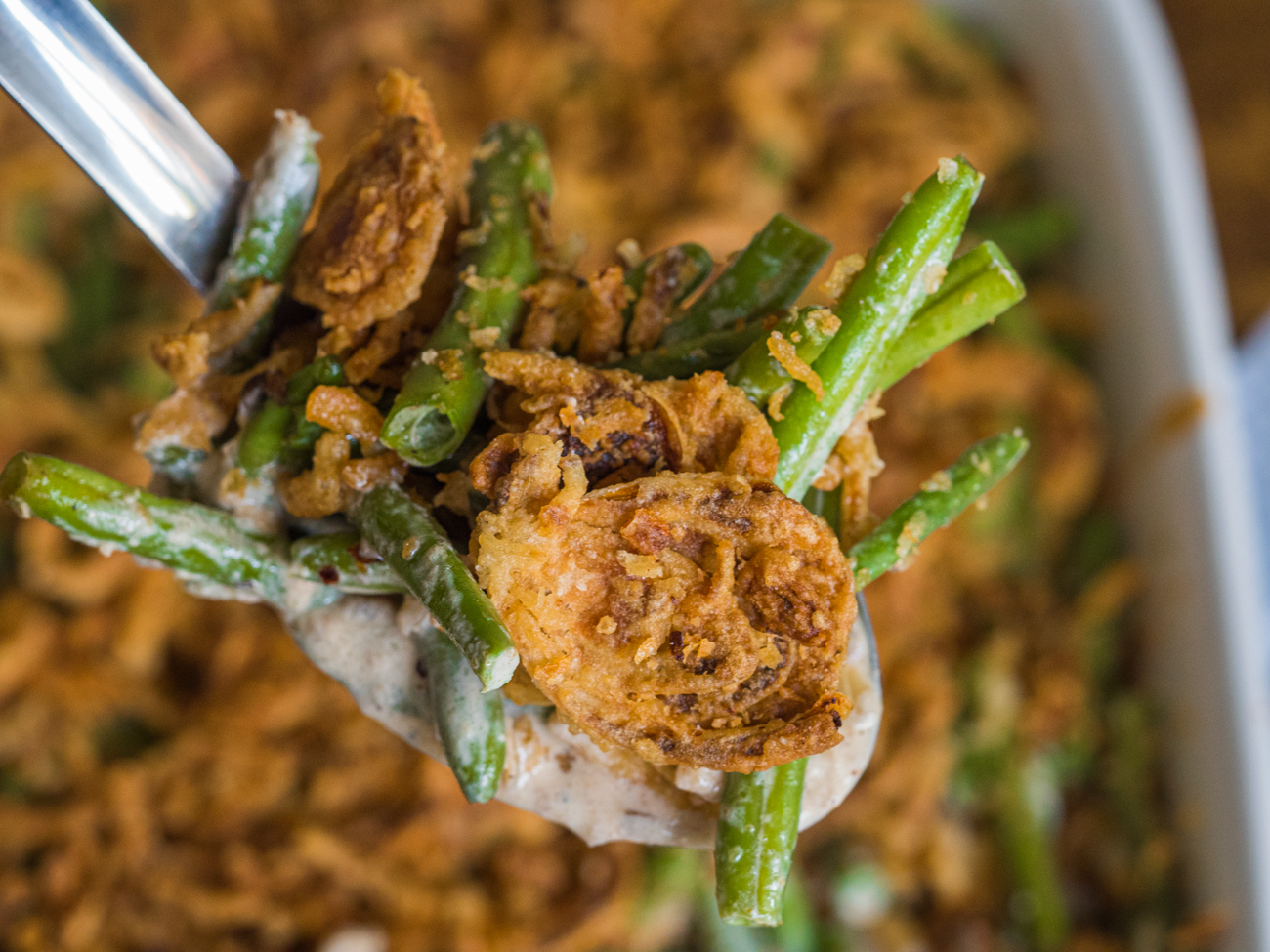