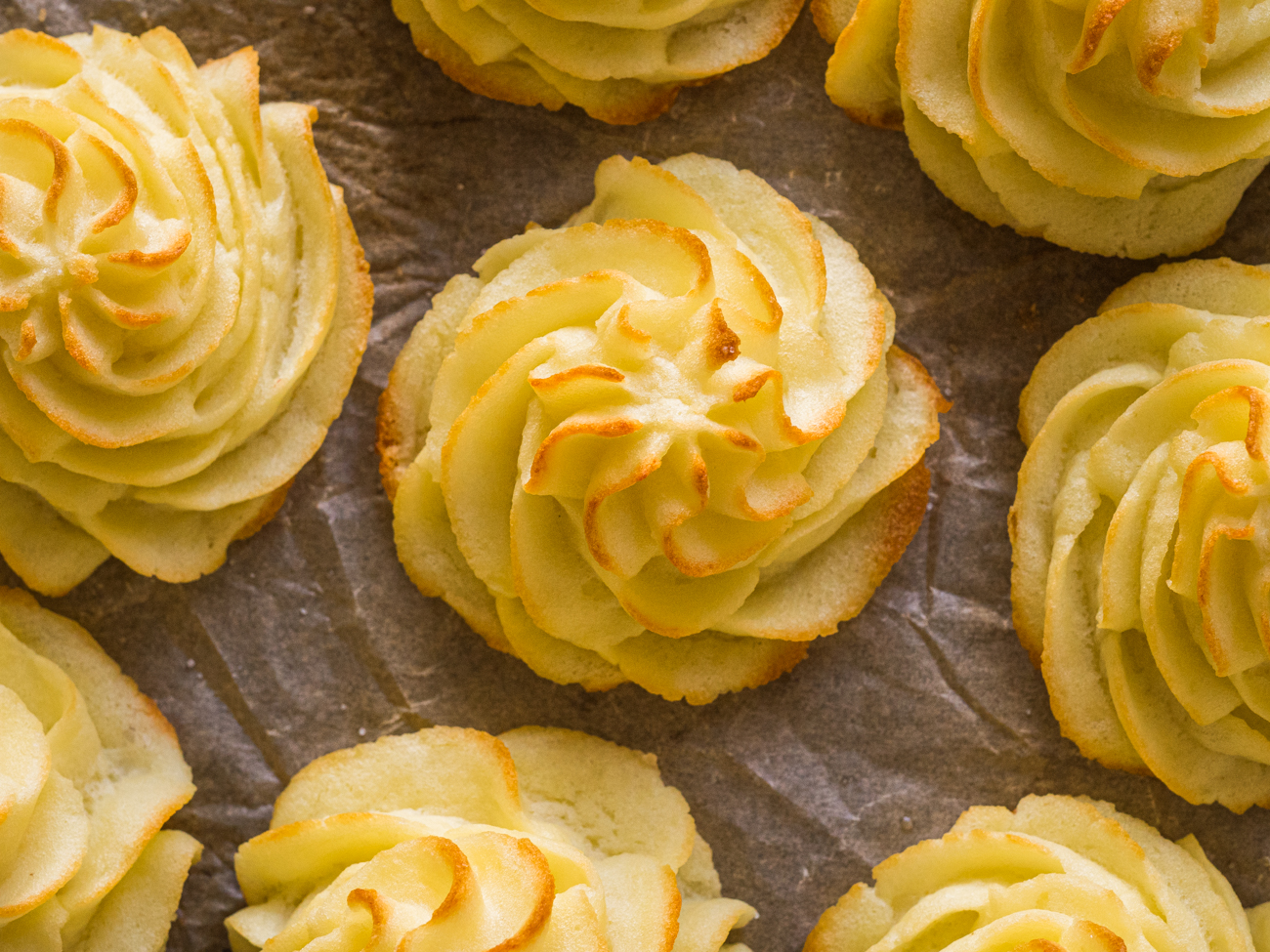 I love mashed potatoes so much that I could probably eat them every single day, forever, and not get tired of them. But still, I can appreciate that there are occasions that call for a potato that’s a little more upscale. That’s where duchess potatoes come in. Their foundation is mashed potatoes, but they’re dressed up with some eggs, cream, and piping so they feel (and taste) a little more special than your everyday tater. 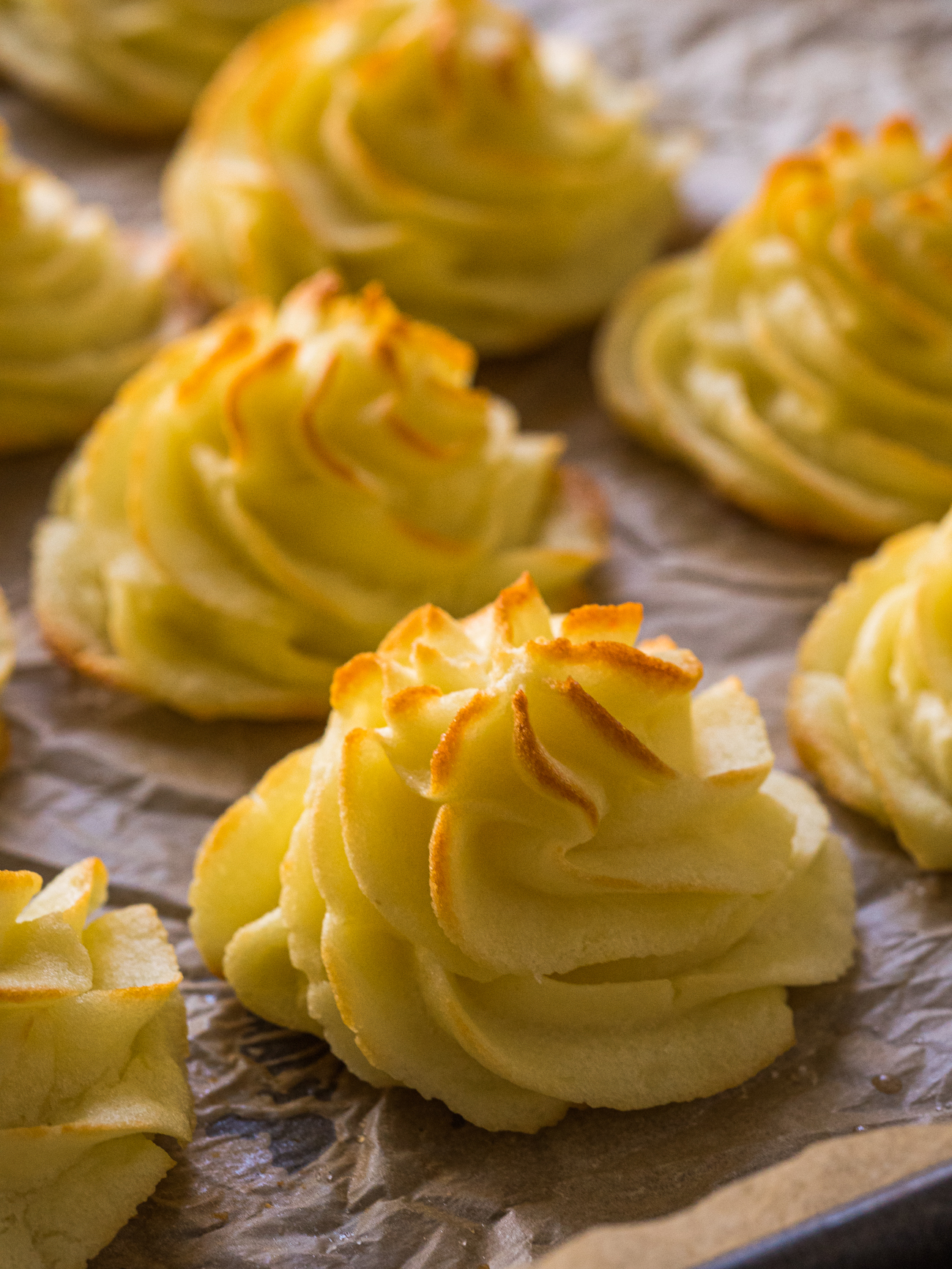 Don’t even think for a second that these are difficult to make. They’re not. They’re one of those dishes that looks complicated and beautiful but is actually a cinch to make. Here’s how it goes:

You start by boiling some potatoes until they’re tender and then ricing or mashing them until nary a lump remains. (You want smoooooth potatoes here for sure to prevent any clogs when you get to piping.) 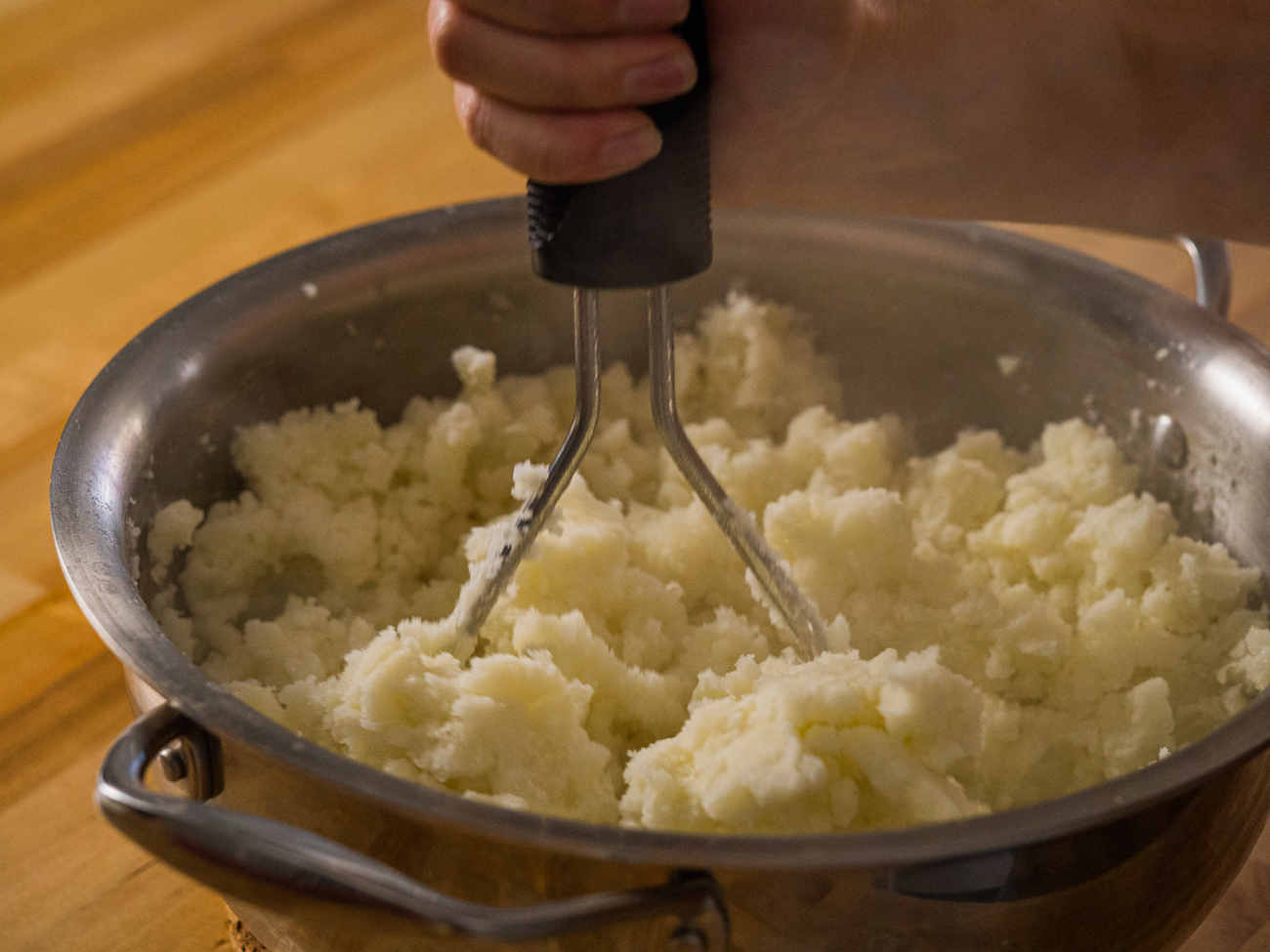 Then, you mix the potatoes with some egg yolks, butter, and heavy cream, (and some salt and pepper and nutmeg) and put the mixture into a piping bag fitted with a large tip of your choice. 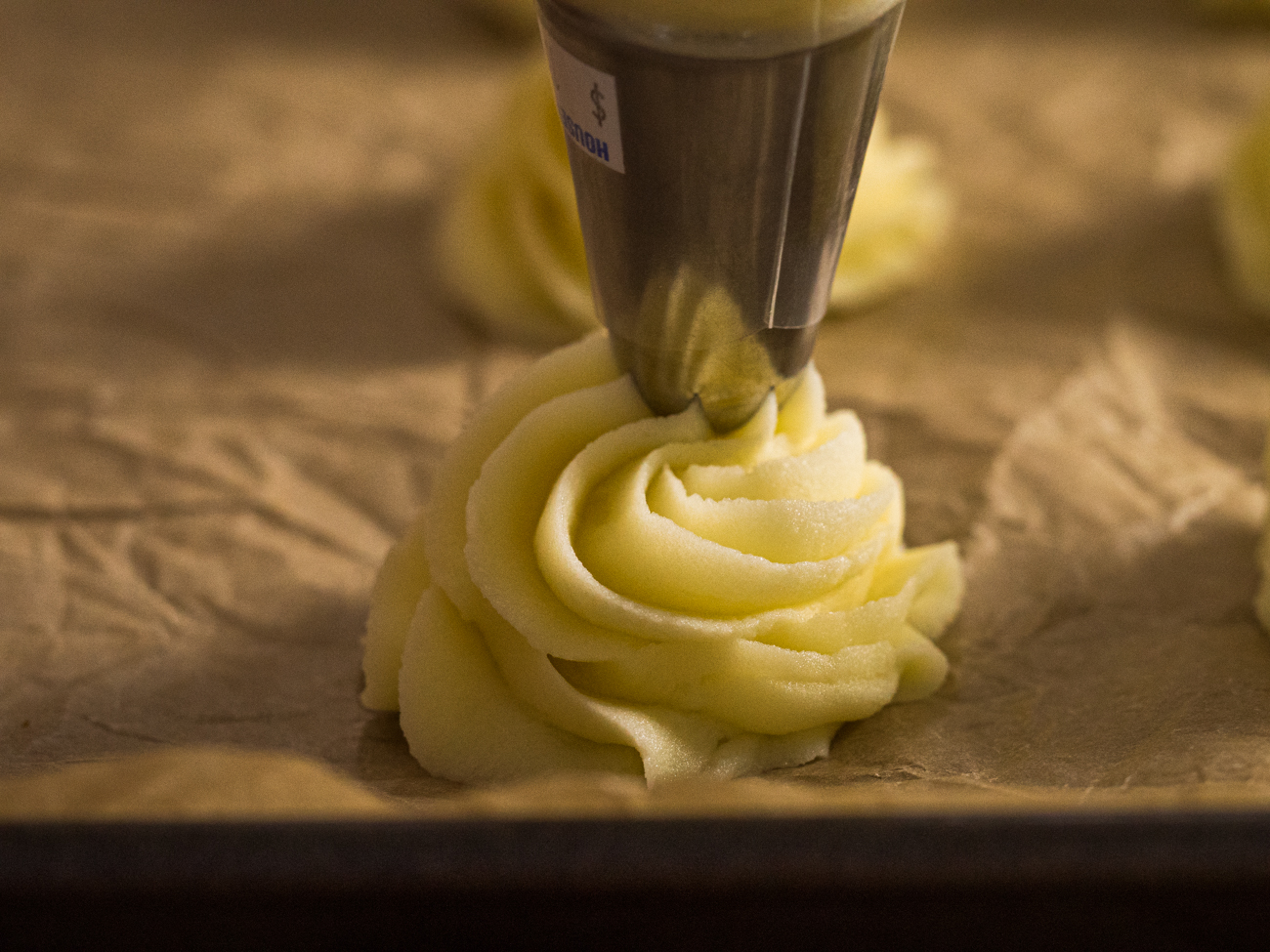 You pipe the potatoes out into beautiful mounds – about two inches high works well – and brush them with melted butter. 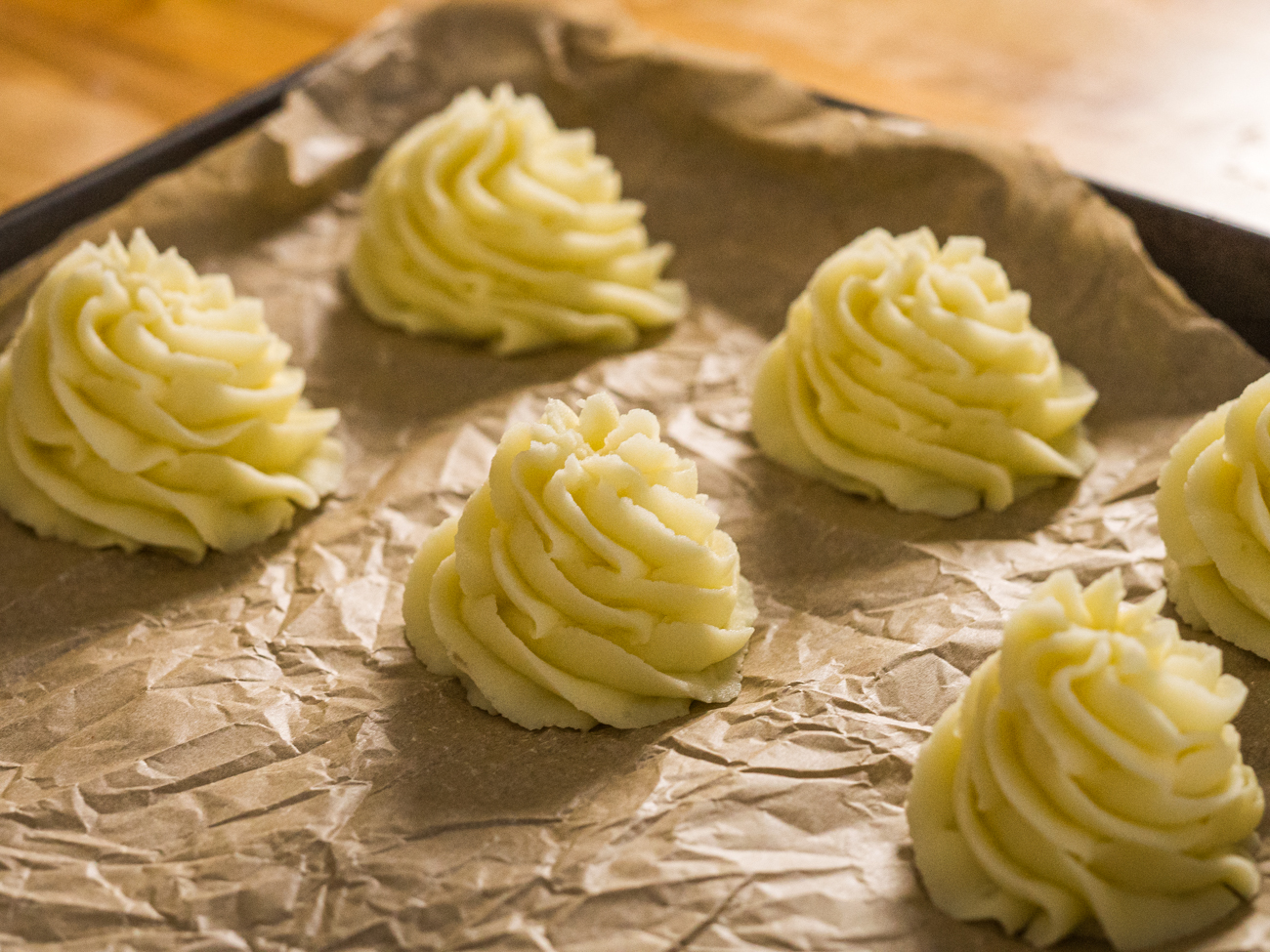 They head into the oven to bake and as they cook, the edges get irresistibly golden brown and crispy. But the interior, that’s a little different. The inside retains that smooth comfort of mashed potatoes, but with an airier, fluffier bite. Think of it like a mashed potato puff. An elegant, pretty-as-a-picture potato puff, that is. 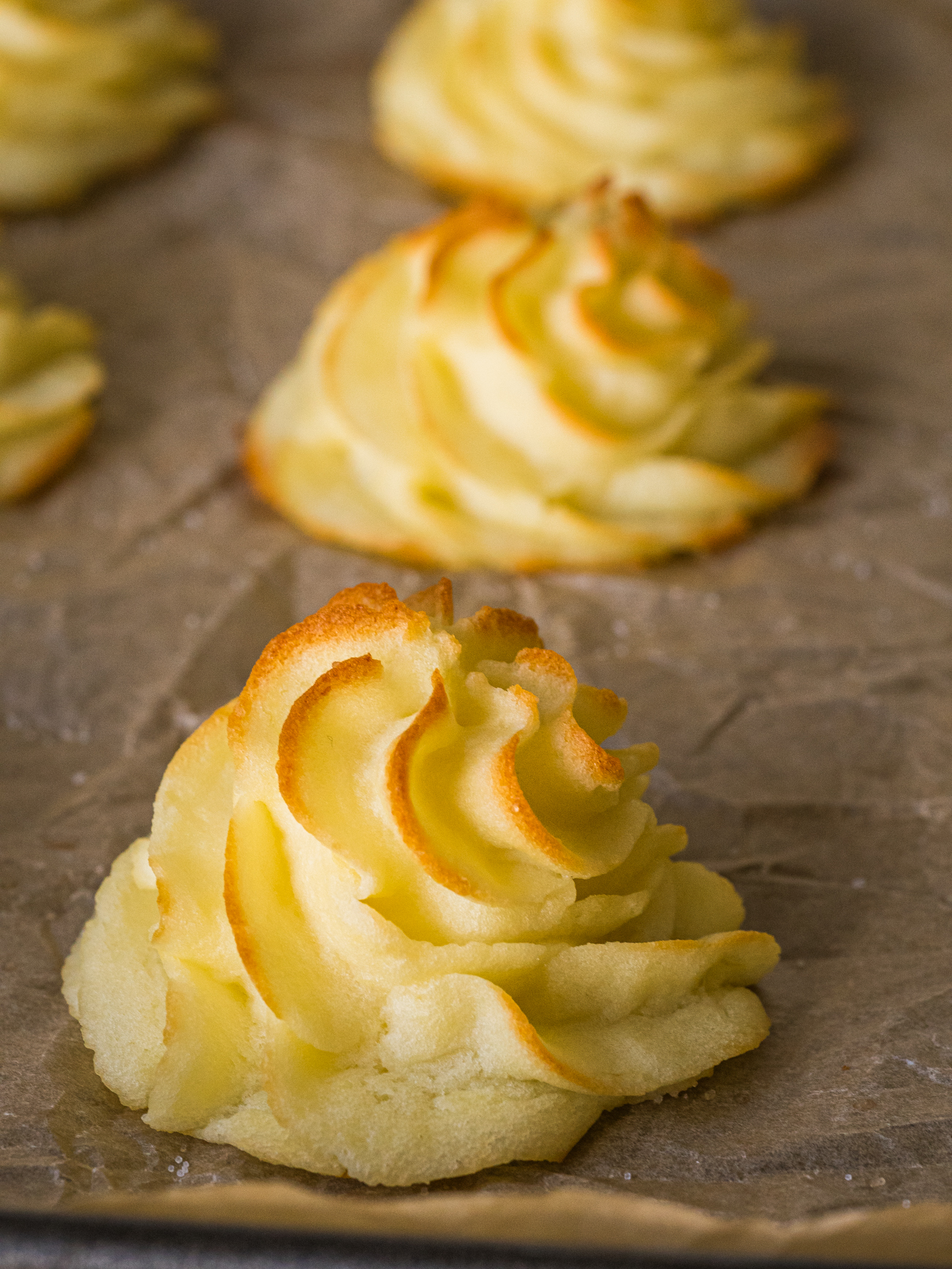