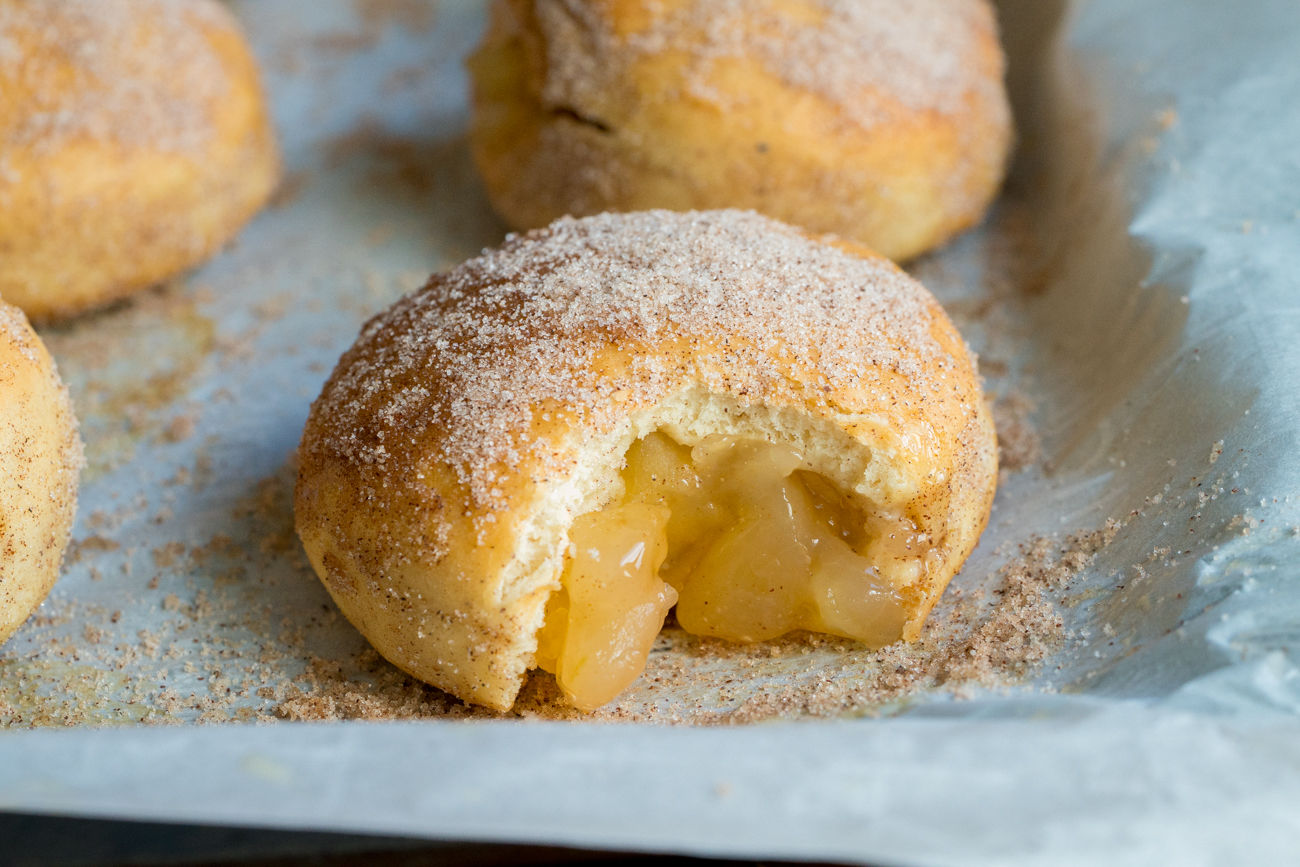 I don’t know about you, but donuts aren’t a project I often undertake at home because they can seem kind of daunting and donut shops happen to be plentiful. These Apple Pie Donuts, though, are easy enough that making them a regular weekend project wouldn’t be out of the question. (And trust me, they’re delicious enough to justify it.) They’re baked, so there’s no frying to worry about and the easy yeasted dough and simple apple filling are no trouble at all. 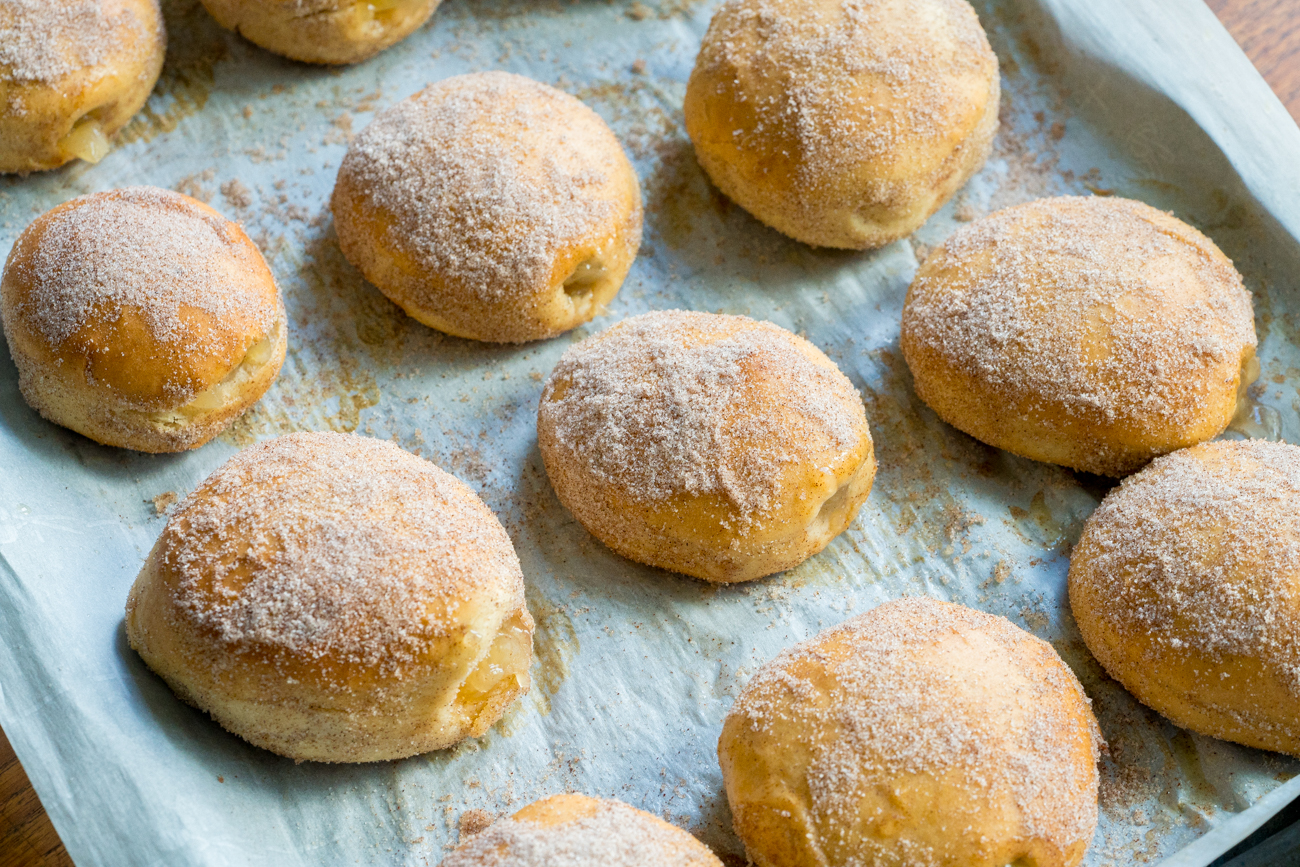 The dough isn’t finicky, but it does require some rising time and a little bit of kneading. It’s a really flavorful dough – with apple cider as the liquid, plenty of melted butter, and a little cinnamon and nutmeg to spice things up. After its initial rising time, you roll it out, cut it into circles and let it rise a little more. (You want to be sure you have a nice and fluffy donut, after all.) 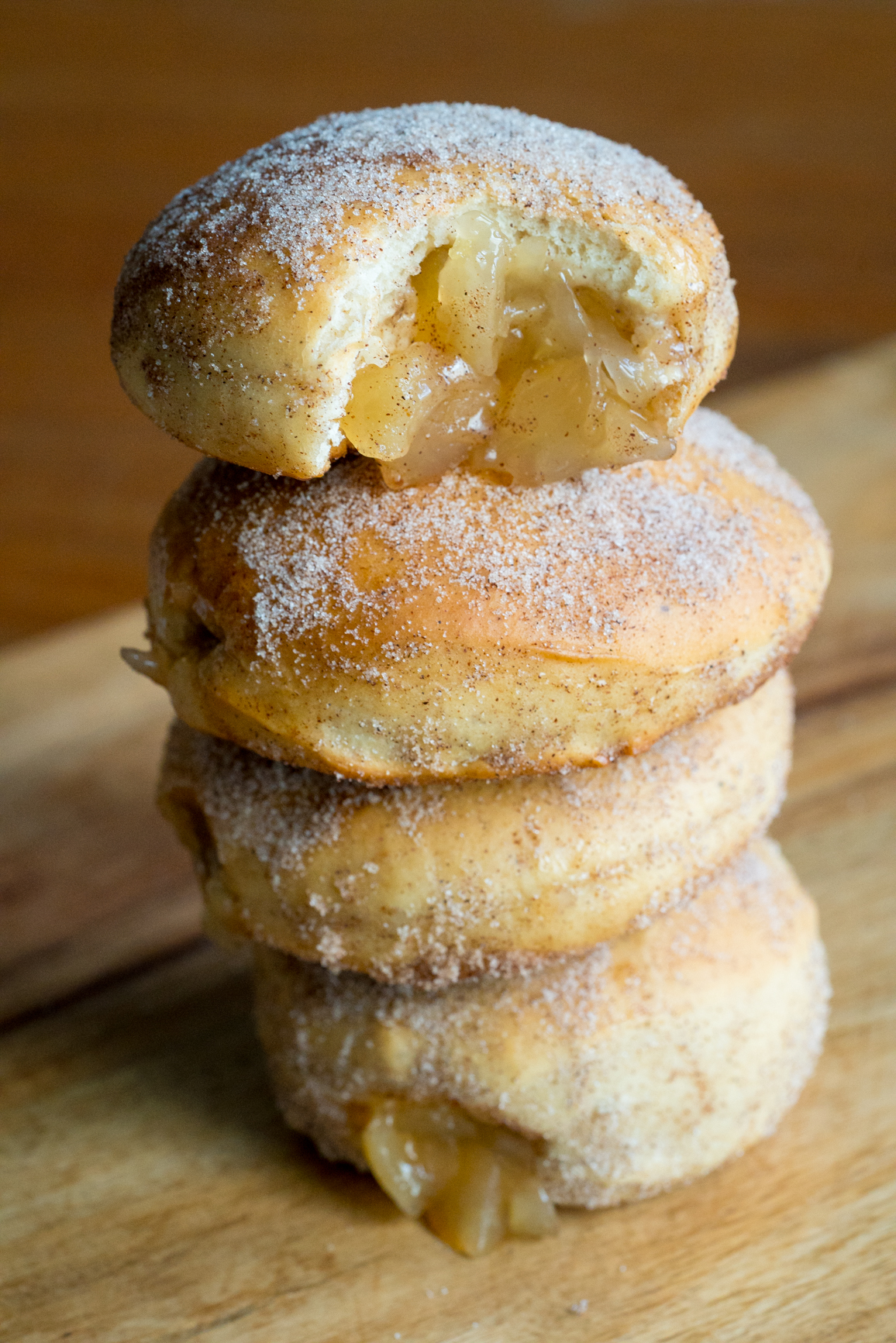 Once they’ve risen, they go into the oven to bake just until they’re golden and puffy, ten minutes or so. When they’re cool enough to handle, you brush them with some melted butter and roll them in some cinnamon-sugar before filling them. 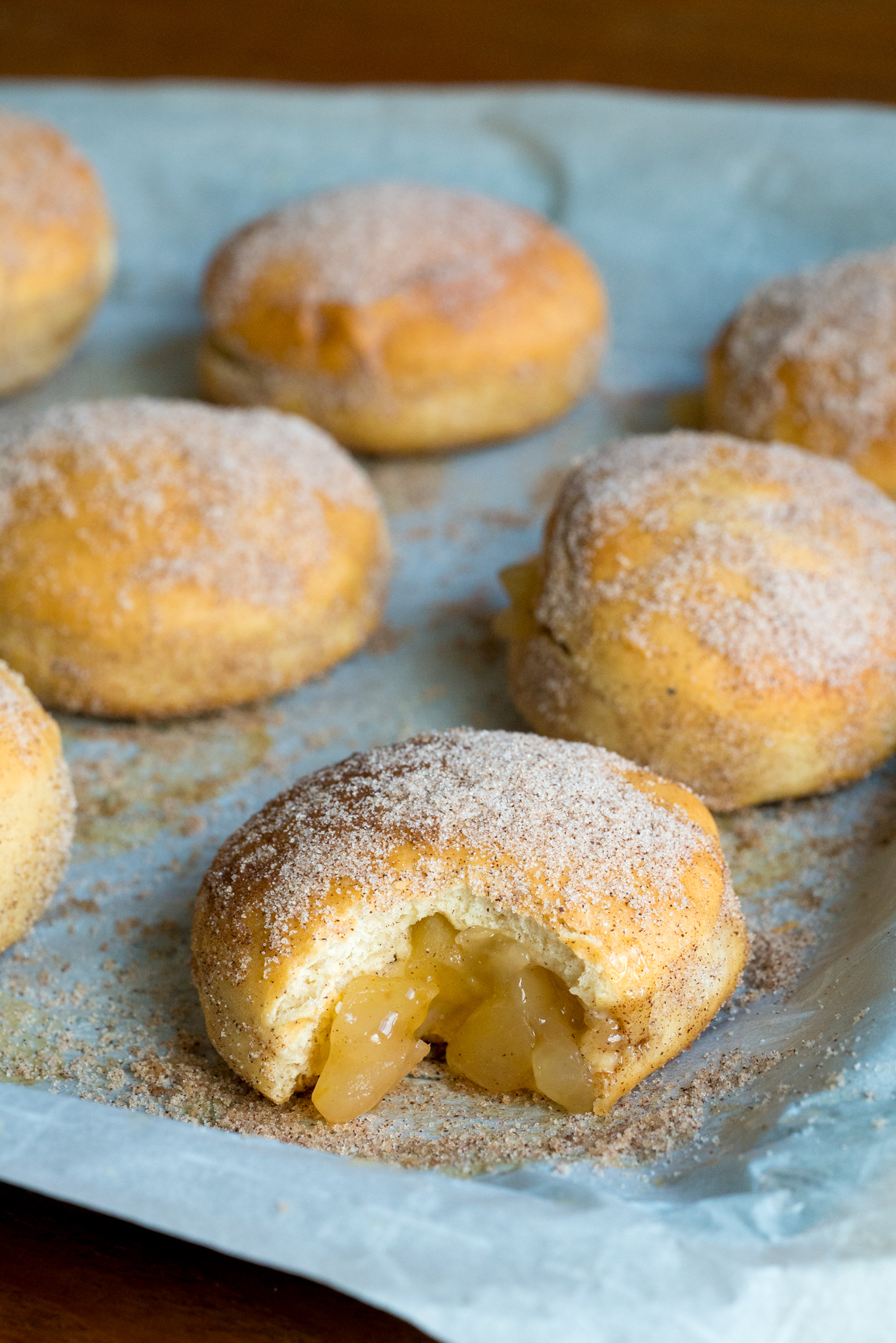 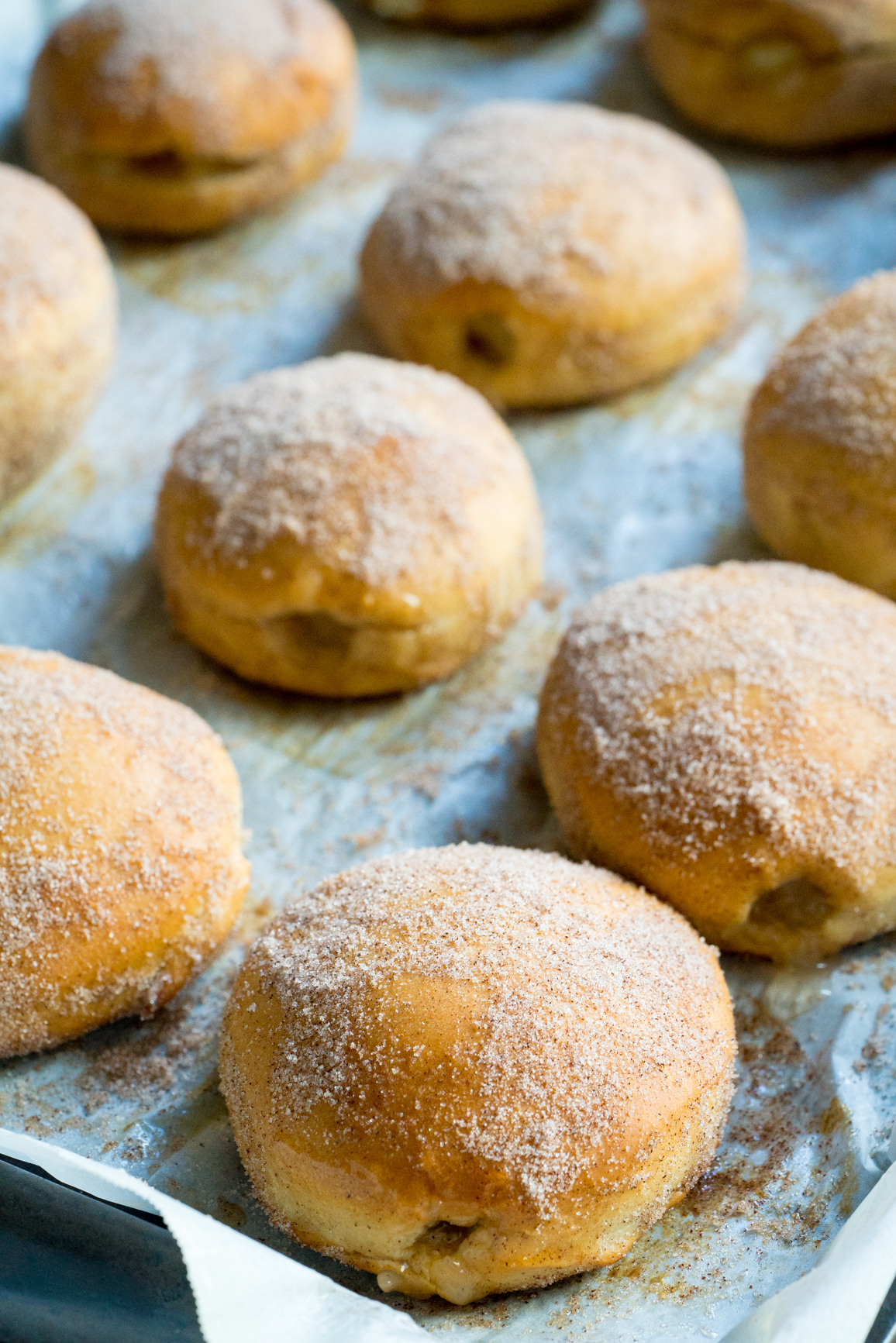 Recipe adapted from Baker By Nature.