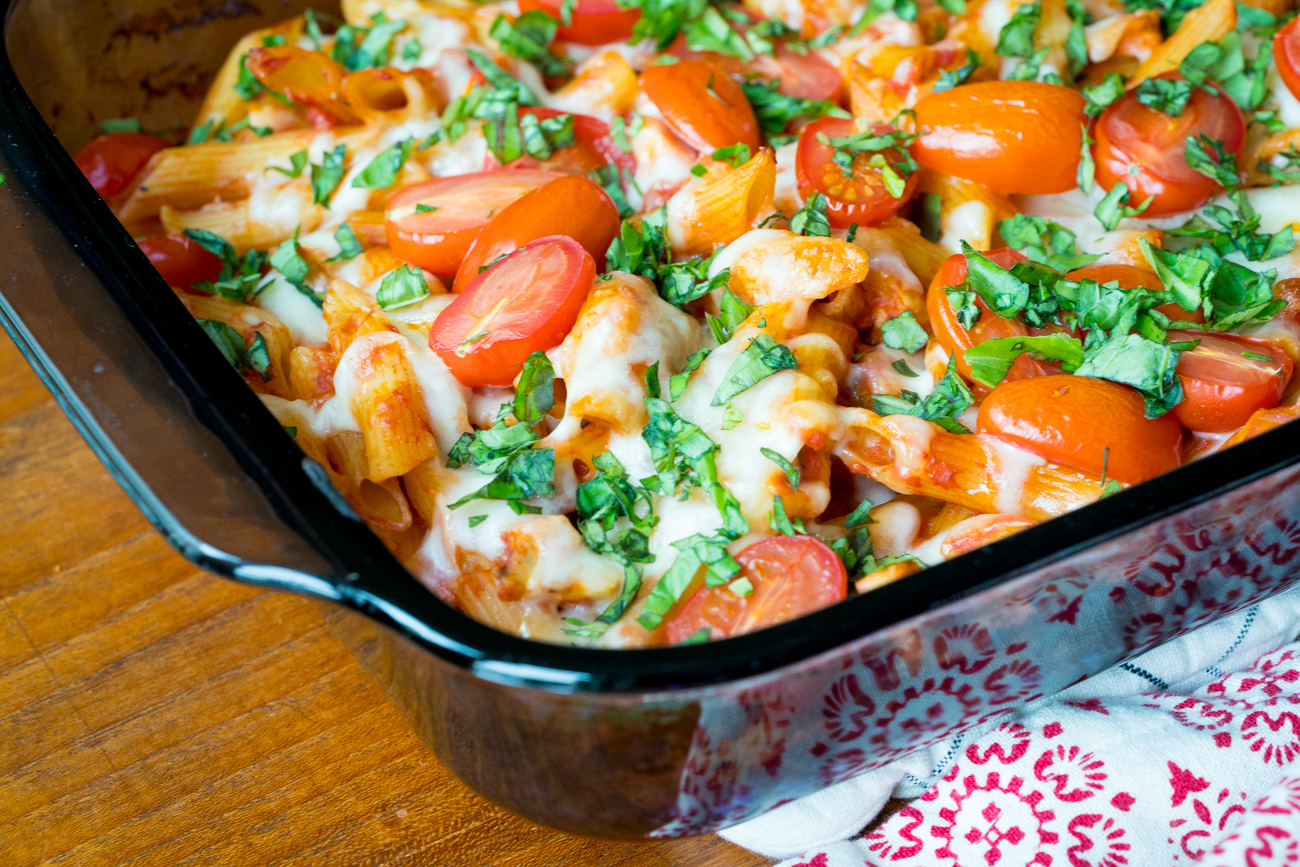 Who doesn’t love Caprese? It’s a longstanding summer classic and while that can be attributed to its simplicity, I think that most of the draw is that incomparable trio of tomatoes, mozzarella, and basil – drizzled with a little olive oil and balsamic vinegar of course. Well, we’ve taken that trio and translated it into a ‘dump and bake’ casserole that’s not much more effort than the original, but still has the flavor you know and love, bumped up with a little pasta and protein to boot. 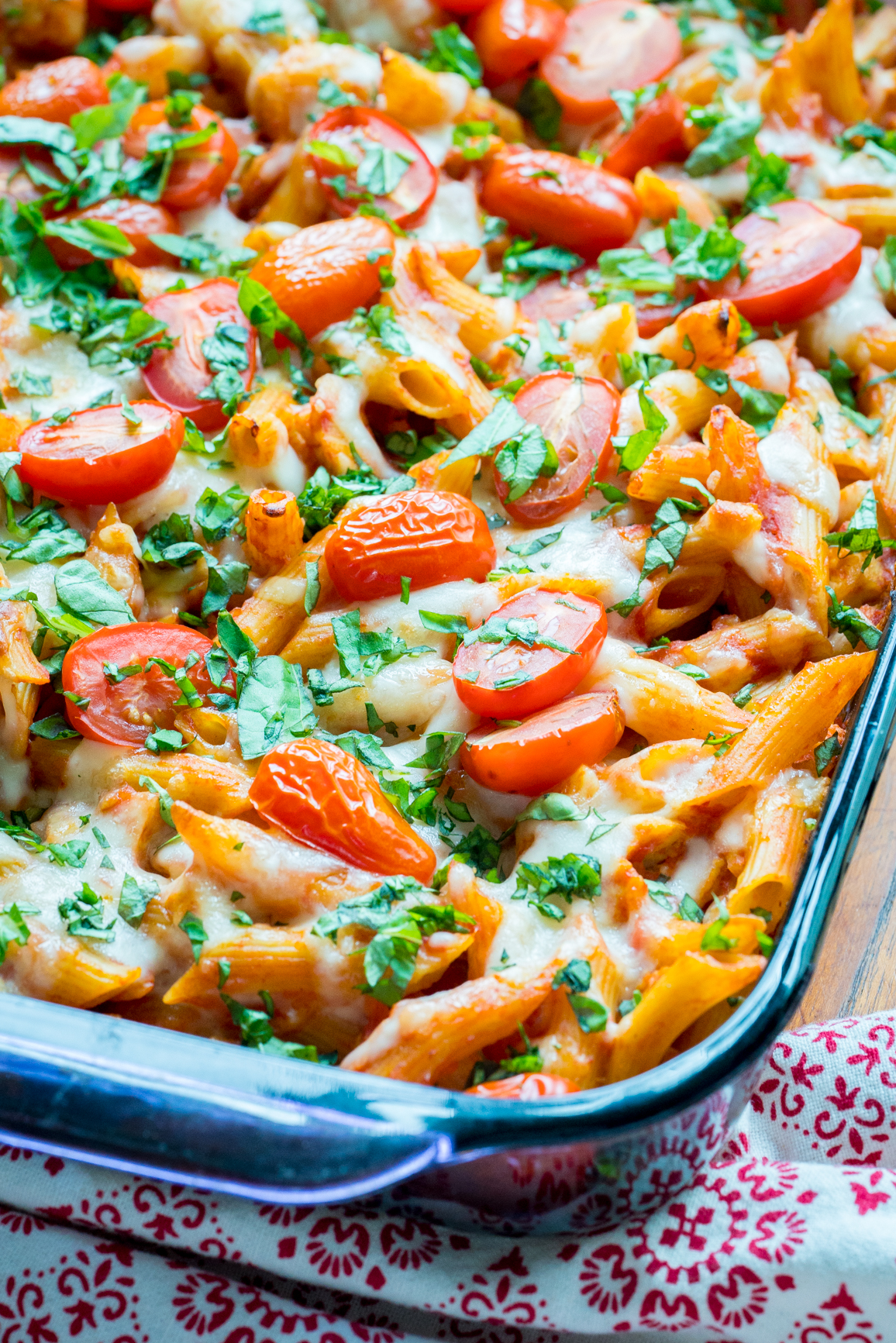 When I say ‘dump and bake’, what I mean is that your kitchen tasks stop there. You literally just dump the ingredients into a casserole dish, give it a stir, and let it bake until the pasta is tender and the flavors have blended together beautifully. Okay, there is some slicing of the tomatoes, and grating of the mozzarella, but you’re looking at five minutes of effort tops. You don’t even have to boil the noodles. 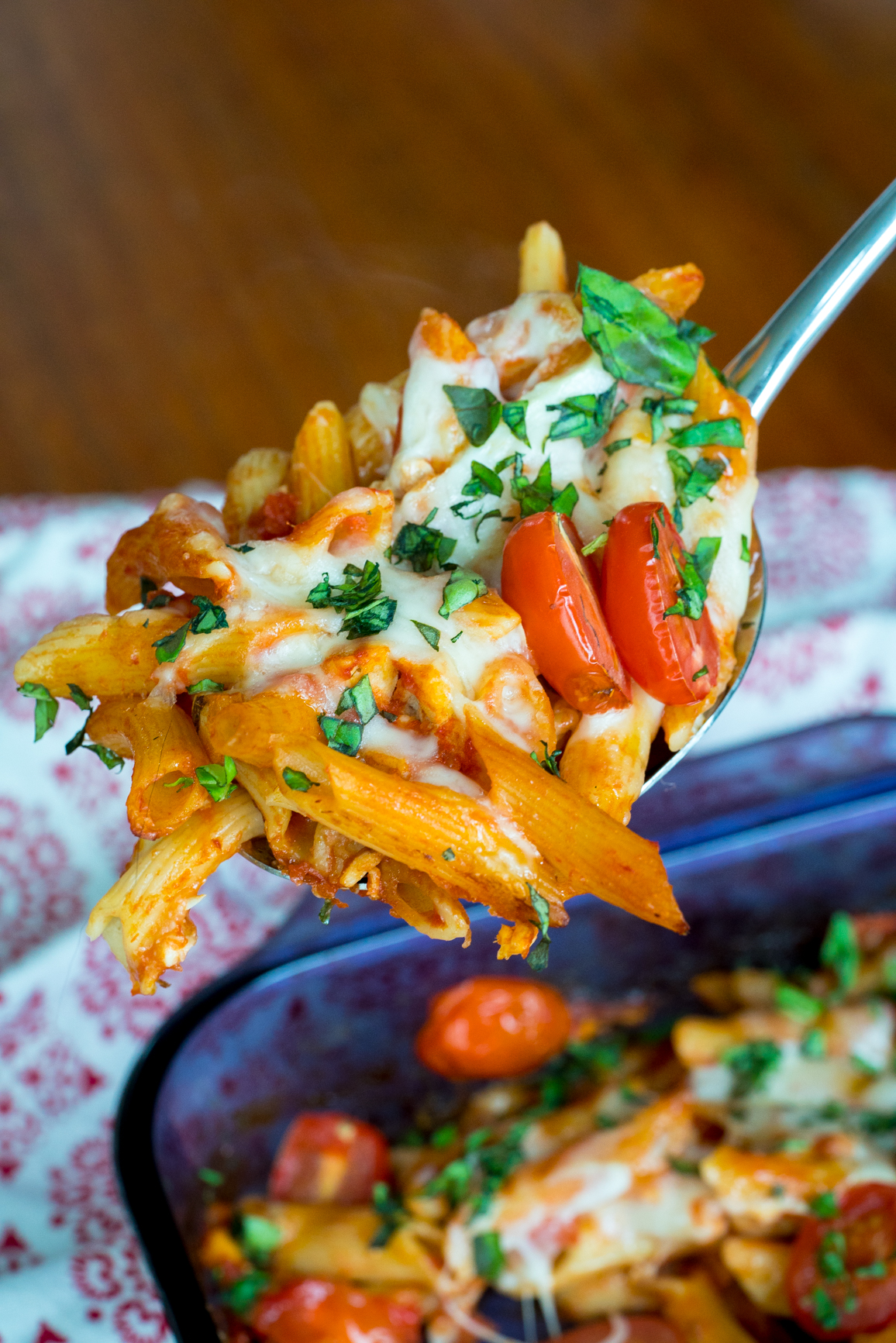 That’s because the noodles cook in a mixture of broth, tomato paste, crushed tomatoes, balsamic vinegar, and mozzarella. As the dish bakes, those flavors come together to create the sauce of this casserole, and they also leave the penne perfectly tender. Since the beauty of a casserole is that it’s a meal-in-one, we’ve thrown in some chicken to keep things reasonably hearty. 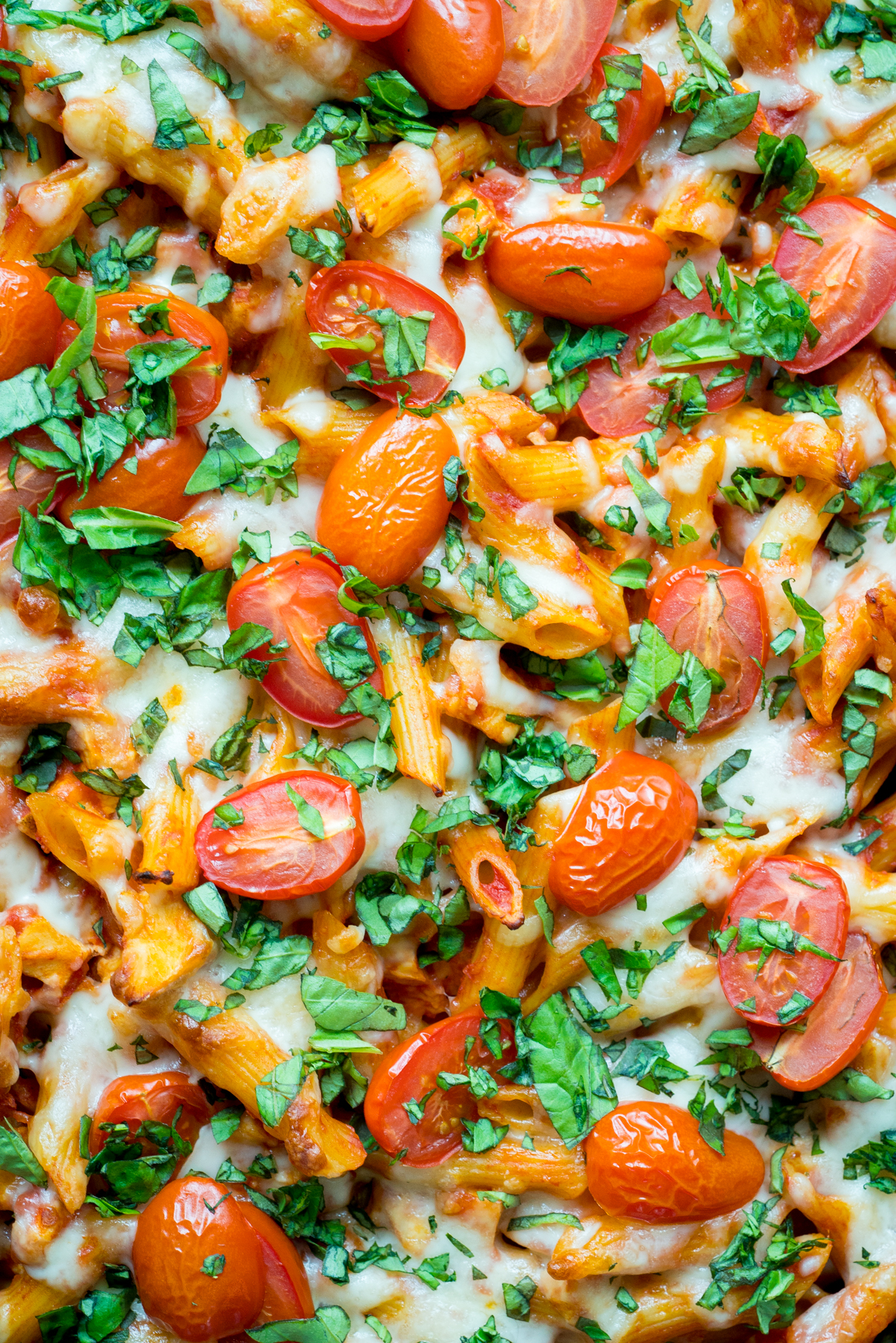 The finishing touch is a topping of a little more mozzarella, some sliced grape tomatoes, and fresh chopped basil to really lock in that traditional Caprese flavor. It’s a bake that lets you have the taste of the classic summer salad any time of year, and if it were any easier, well, it would cook itself. 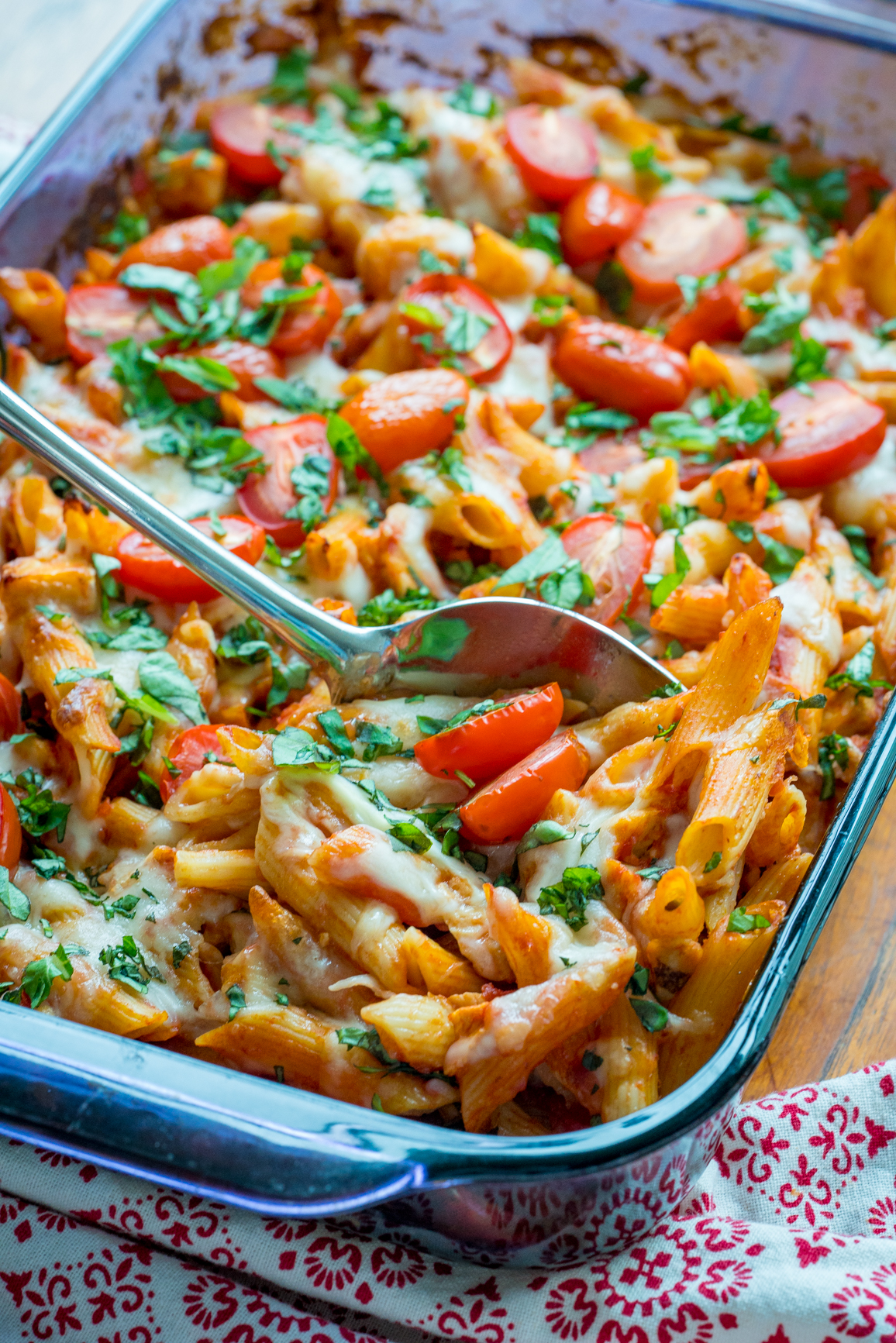 Adapted from The Seasoned Mum.