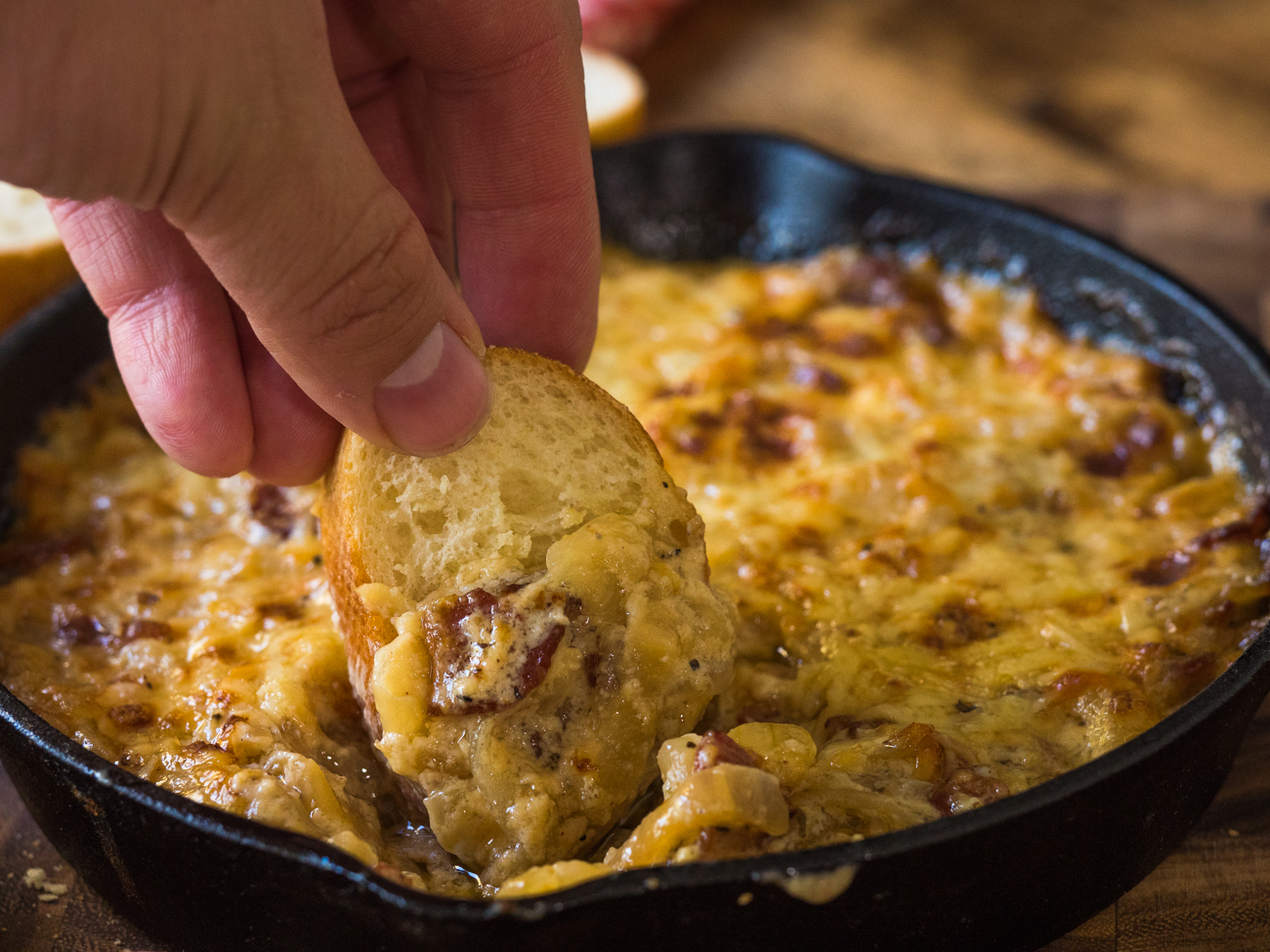 Every time I’ve served this dip at a party, my friends and I just end up standing around it until every last morsel is gone. We can’t help it! It’s so unbelievably good that it makes it easy to forget about every other thing on the table. It’s made up of sweet caramelized onions and smoky bacon nestled into a creamy base that’s rich with nutty Gruyere cheese and baked until it’s bubbly and gooey and all things good. 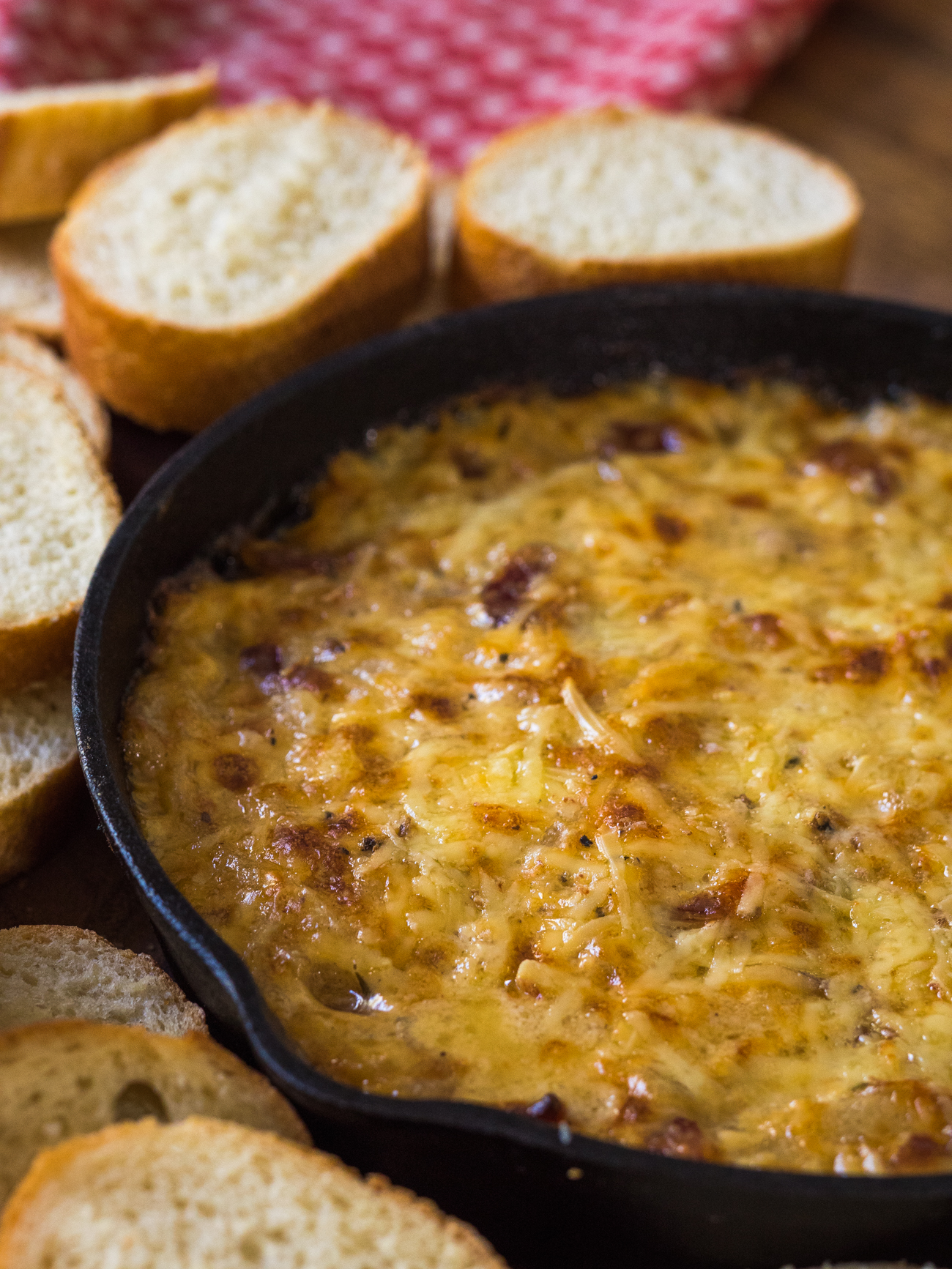 Now, I happen to love onion dip that comes from a packet so I’m not here to bash it in any way, but this stuff is in a whole different league. It starts with real, fresh caramelized onions that have a nuanced sweetness that only slow, patient cooking can bring. They’re punched up with a little bit of sherry and thyme, which help temper the richness of this dip without hampering it. 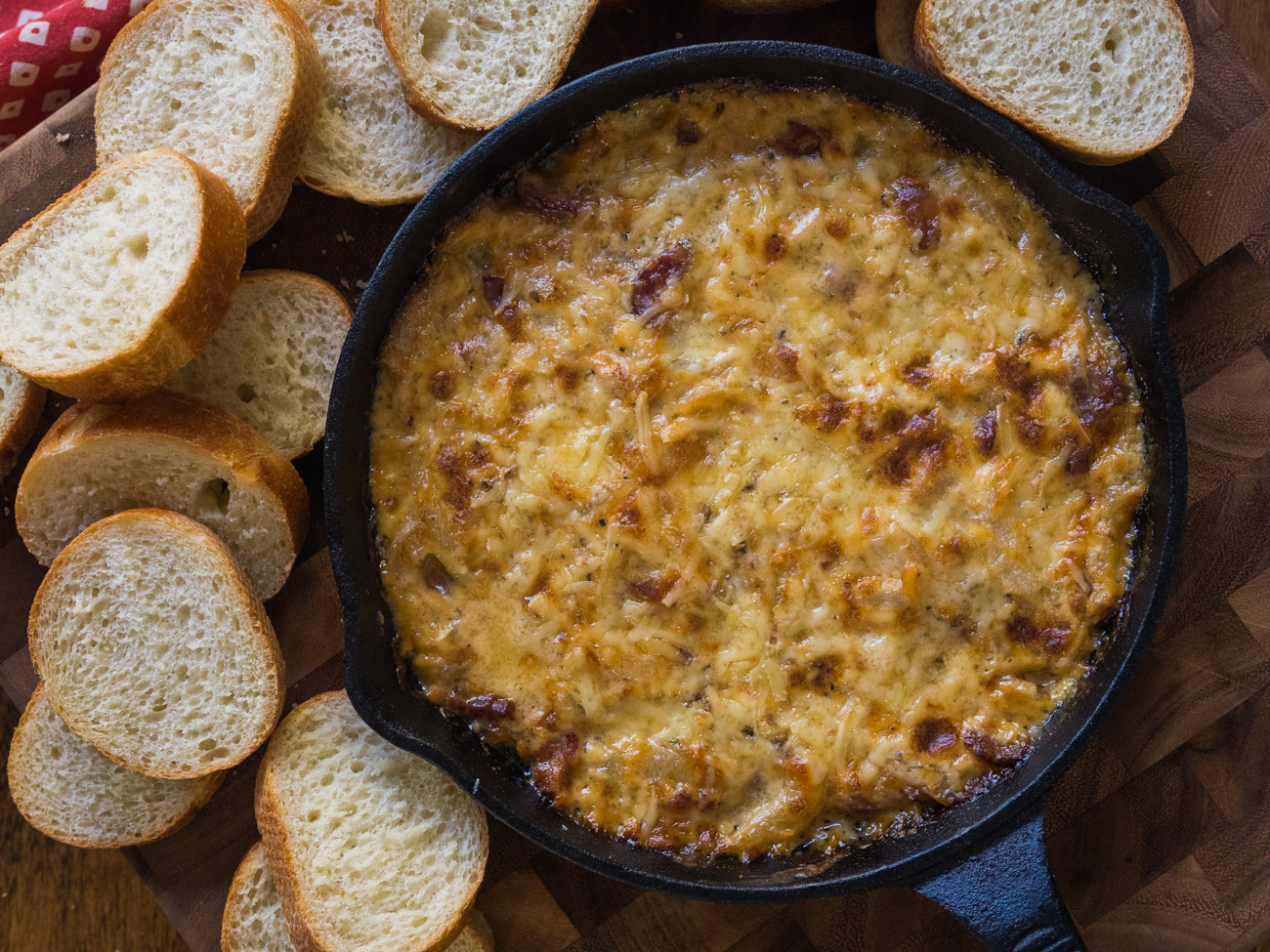 Those flavorful onions mingle with some crispy bacon in a mixture of sour cream and mayo and enough Gruyere cheese to make things irresistibly ooey-gooey but not excessive. Could you use any other Swiss cheese instead? Sure. But the Gruyere gives it a nice buttery flavor that’s pretty hard to beat. 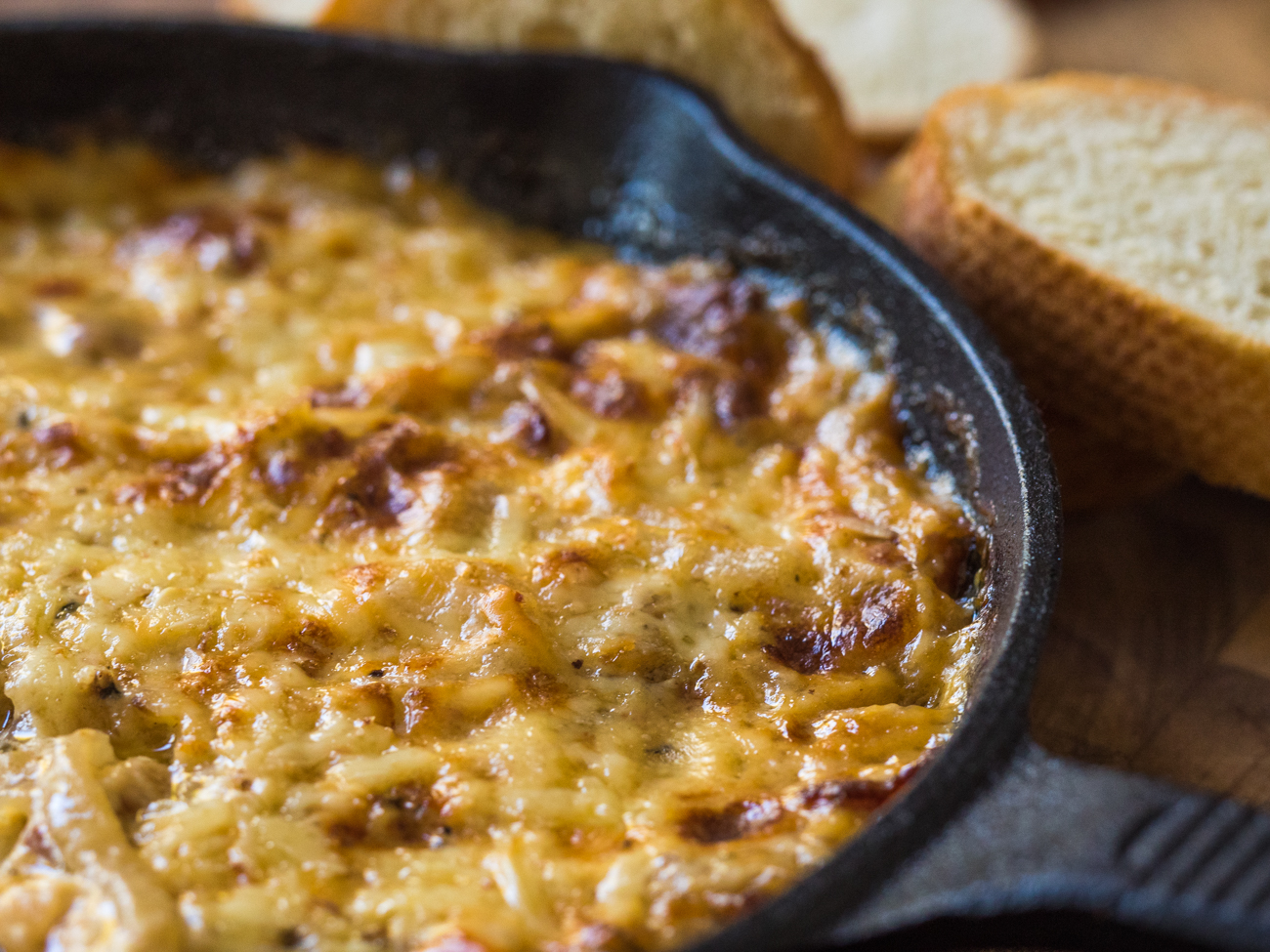 This bakes for twenty minutes, which is just long enough for everything to come together in supremely melty fashion. It’s great with a sliced baguette or bagel chips or any basic cracker… It doesn’t much matter what you put it on, because this stuff could make cardboard taste good. 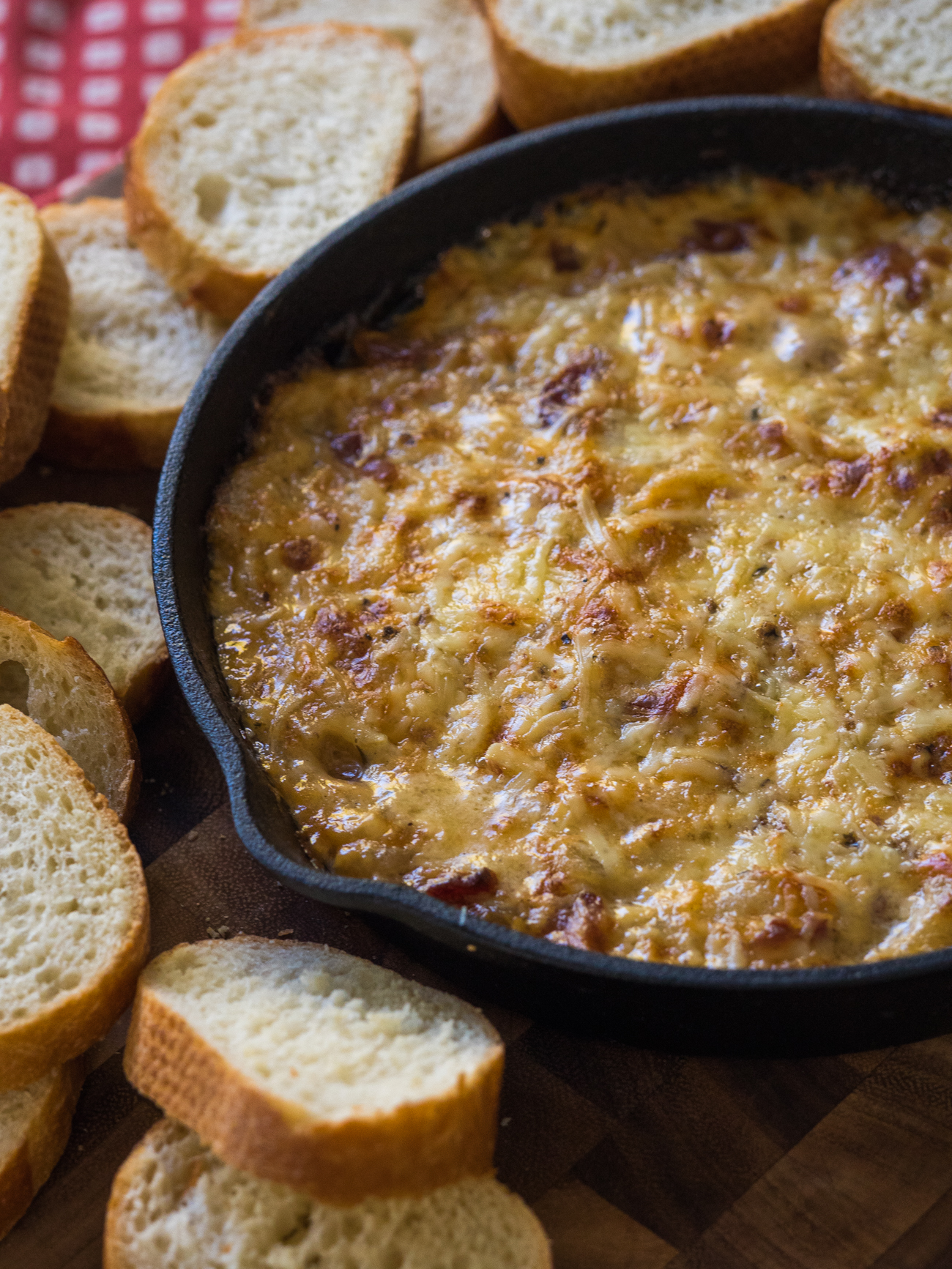