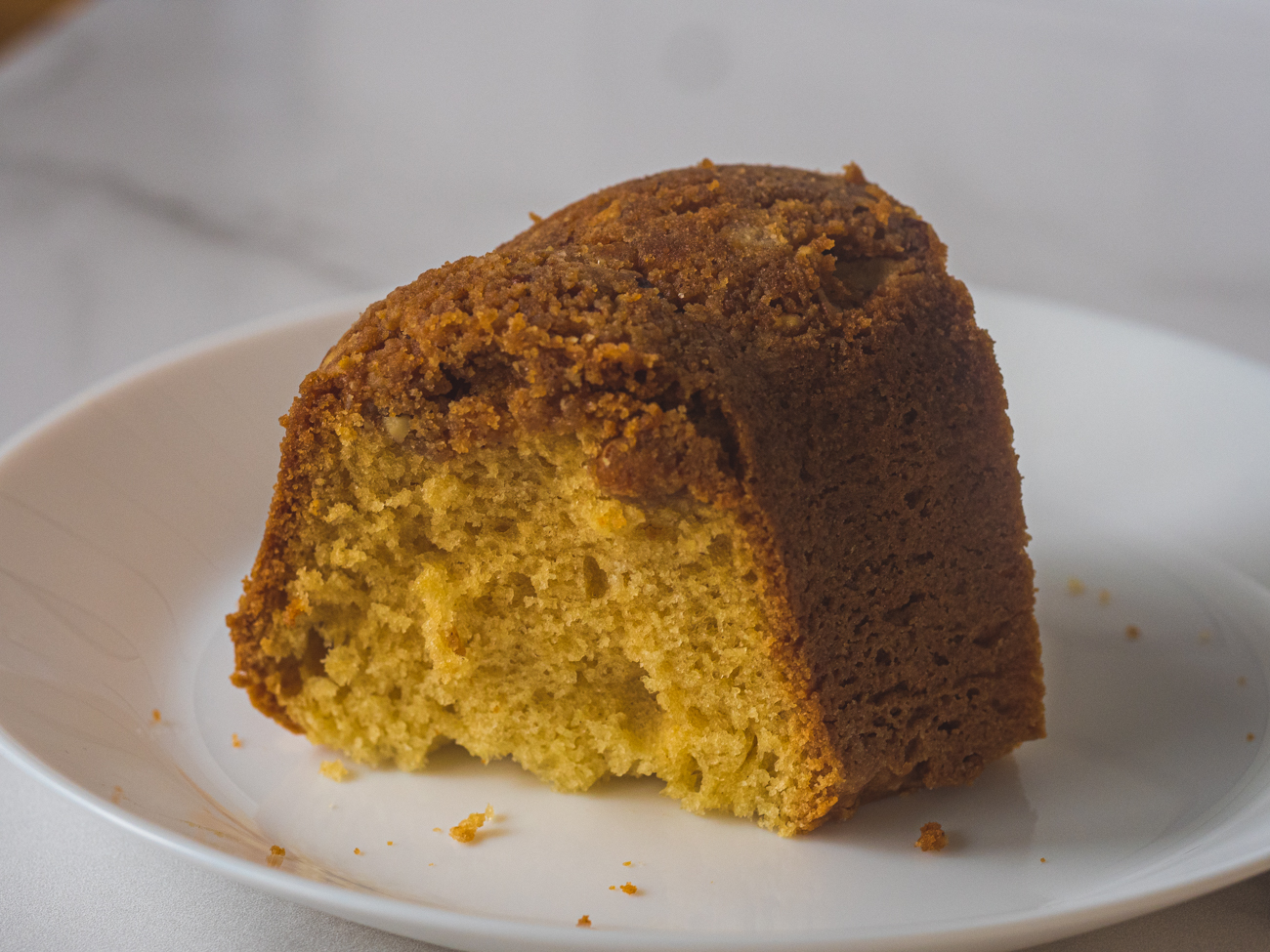 In 1939 Irma S. Rombauer first wrote what is now the official cookbook of many a modern kitchen: The Joy of Cooking. For the first time cooks had access to huge volume of dishes both American and international- all with precise measurements that the average person could understand. One of those recipes was for a sour cream coffee cake, at the time not a well-known treat.

In the days before all-purpose flour or even consistent access to baking powder and baking soda, the German and Scandinavian baking traditions used sour cream to leaven baked goods. They brought this custom to the U.S. when they immigrated in large numbers during the 1800s.

The sour cream they used was not like what we buy at the grocery today. Instead, it was a sour, fermented cream which was a by-product of making clabber milk. For reference if clabber milk is left to ferment long enough it will become curds and whey. Today many people will use buttermilk as a leavening agent, but this is not the same substance as traditional sour cream. 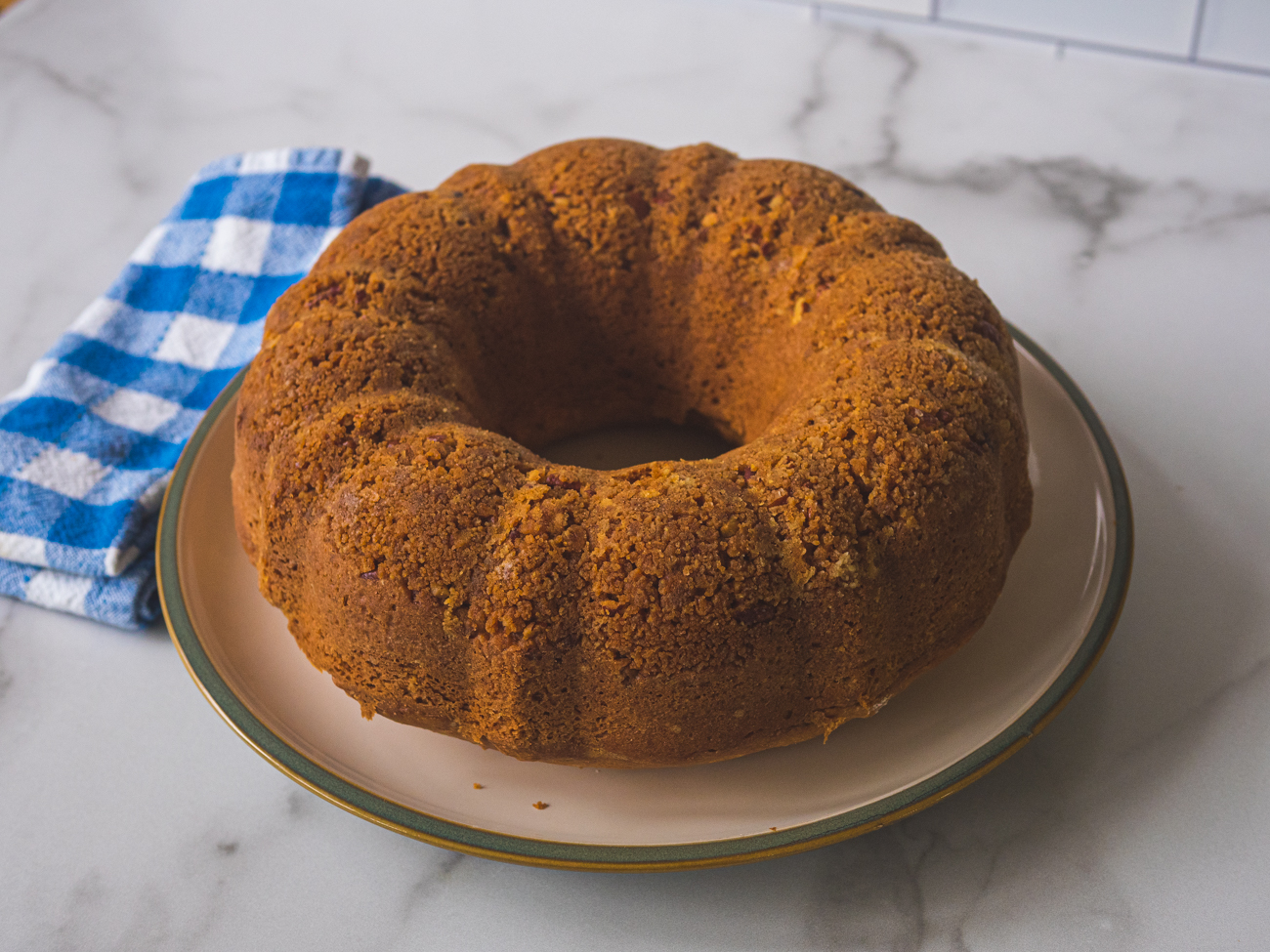 The Germanic immigrants also brought with them a love of coffee, something which had not been all that popular in the Americas until the 19th century. They also brought with them their traditional coffee cakes, which at first contained coffee in the batter. Around World War I is when coffee was first served alongside the cake instead of in the batter.

The Joy of Cooking recipe introduced a whole new generation of bakers to the German specialty and it’s been a hit ever since. The first version of this recipe from 1931 did not include the streusel layer, but was added to later editions. 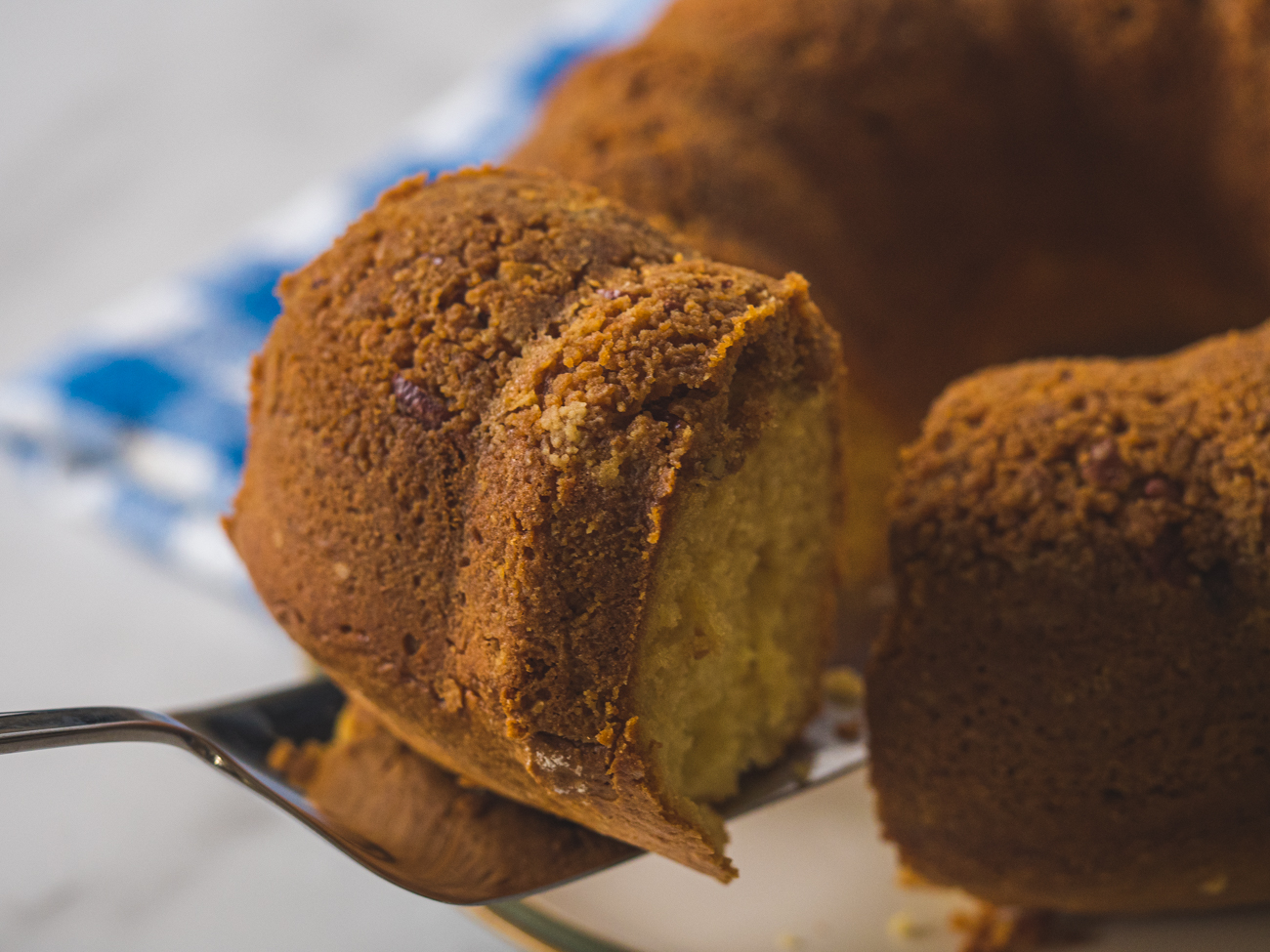 To make this old fashioned recipe you’ll need to make sure that all ingredients are up to room temperature. You will also need to grease and flour your pan before baking to ensure the best result. 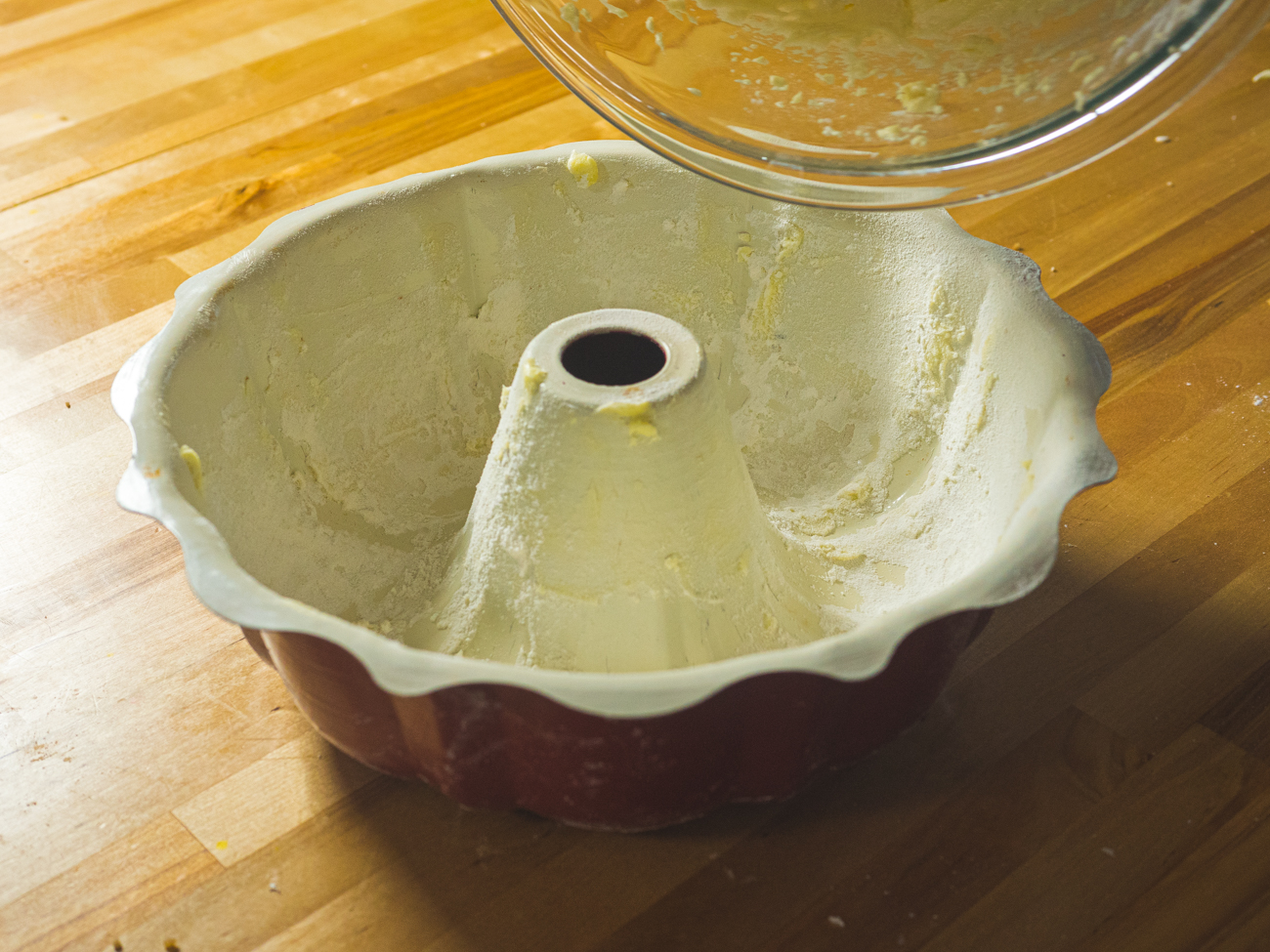 This lovely coffee cake has a rich flavor and decadent topping, which can be sprinkled on the bottom of the bundt pan before the batter goes in. Alternately, you can make this recipe in a 9×13-inch baking pan and sprinkle the topping over the batter. However you choose to make this coffee cake, you won’t be disappointed with the flavor. 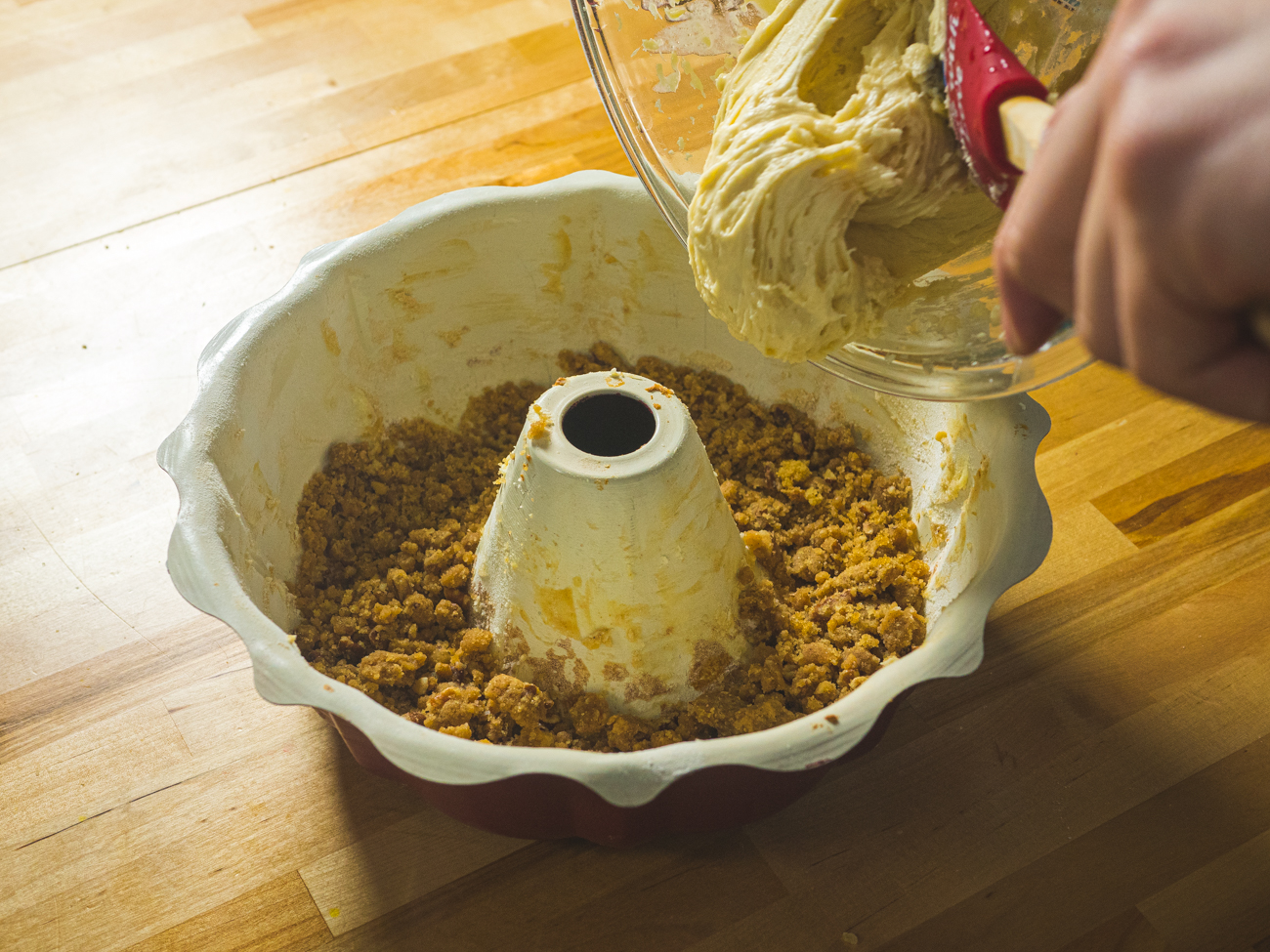 This style of coffee cake was one of my grandmother’s signature breakfast dishes, but was usually reserved only for special occasions. Once you try this recipe you’ll understand what makes it such a winner! 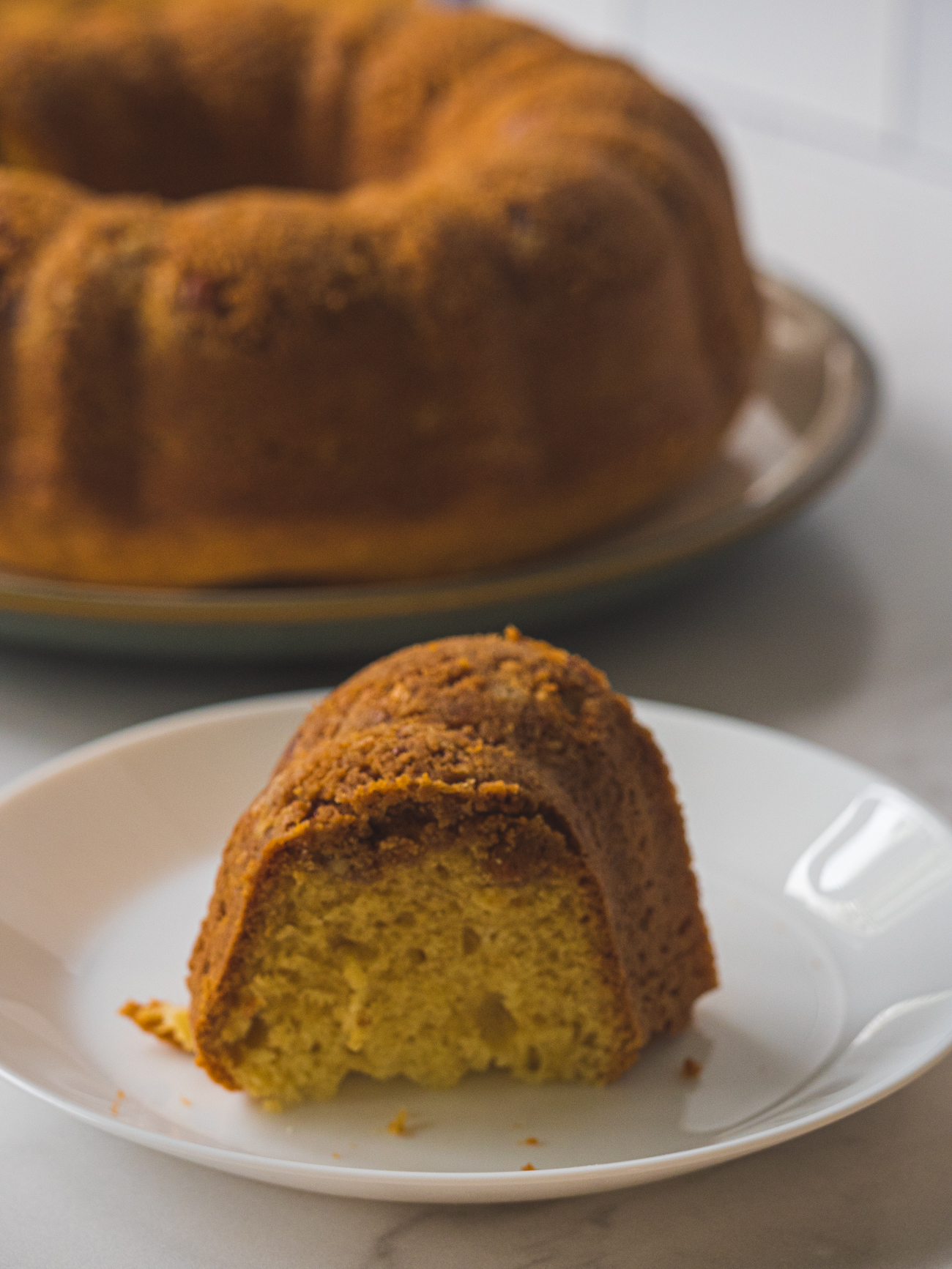