What Is Eggnog, And How Did It Become A Holiday Tradition?

Do you nog during the holidays? The rich, creamy beverage is polarizing during this time of year. People tend to love it or hate it. Those who love it, really love it. So much so that Americans drink an average of 60 million quarts of store-bought egg nog in 2018. How crazy is that? That number is especially mind-blowing, considering this beverage is only available in most stores from about October to February. So, what exactly is this beverage? And how did it become a staple during the holiday season? We’re about to find out! 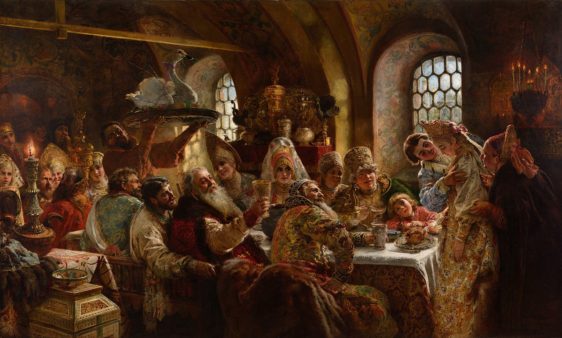 There was a popular drink during Medieval times in England, called posset. This was a warm, milky drink mixed with ale and a heavy dose of spices from faraway lands, thus making it expensive and highly sought after. Over the years, the recipe changed to match the tastes of the times. Sherry replaced ale, eggs were added into the mix, etc. No matter how the recipe changed, this drink remained a commodity only the wealthy could afford.

Posset Across The Pond 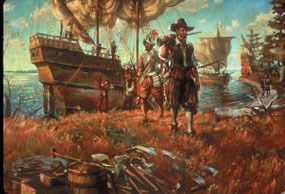 True to form, when the colonists came to America, they democratized the expensive beverage, making it a drink for all people. Yes, both the wealthy and the common man could enjoy the rich, creamy, filling drink. Everyone had cows for milk and chickens for eggs, which cut the costs considerably. Along with the new status, the drink got a new name: Egg nog.

What’s In A Name 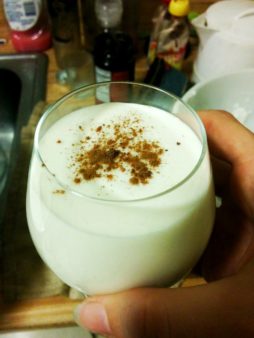 The posset-like drink took on its final transformation when sugarcane and rum were added. Rum from the Caribbean was much cheaper than any spirit imported from Europe or other countries. It’s safe to say, this new evolution was much different than the predecessor, thus deserving of a name all its own. Part of the name came from a slang term the colonists used for rum: grog. What’s more, is that bartenders served the grog in small wooden mugs called noggins. It’s easy to see how these words combined over time to form what we have today: Egg Nog. Imagine patrons of the bars of old ordering a noggin of egg and grog. That’s a bit of a mouthful, even when sober. 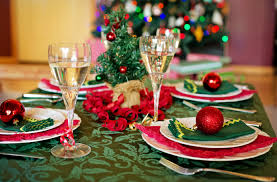 Remember that this beverage started out as a hot drink, which was perfect for the cold winter months. Couple that with one of the original “egg nog” recipes that called for a ridiculous amount of alcohol (rum, whiskey, and sherry), and the fact that the drink is rich and decadent, and you have a drink perfect for celebrating. Or a drink to help get through the craziness of the season. We imagine holiday stress was very real back in the day as well, though for different reasons. Cheers to doing what you have to do to survive! 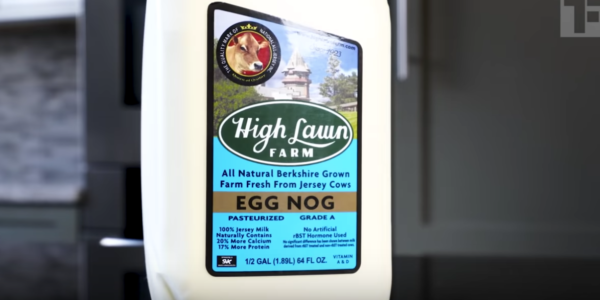 Nowadays, we buy our egg nog in the store, cold and freshly prepared, and then drink it within a few days of purchase. But some of the first recipes called for an aging process. Even recipes as recent as the 1940s suggested an aging process of two months! Aging milk and eggs sounds like a recipe for disaster, right? Well, these recipes also contained about 20% alcohol, which is a natural preservative and kept the bacteria away from the aging dairy. We don’t suggest aging egg nog these days, especially the stuff you buy at the store.

This brings us to our final point: what’s in egg nog, anyway? Most recipes these days call for eggs, sugar, vanilla, milk, heavy cream, and spices like cinnamon, nutmeg, and cardamom. Here’s one of our favorite homemade recipes you can make right in your slow cooker!

Get more info and history on this holiday beverage in the video below!

This Friends-Themed Slow Cooker Will 'Be There For You': Click “Next Page” below!