We all love Pinterest, for better or for worse. There are some super cute ideas for weddings, baby showers, recipes, decor, hairstyles, fashion, and just about everything in between. Maybe you’re like us and you have about twenty-seven Pinterest boards full of ideas that you haven’t tried yet. However, Pinterest is also known for having some not so great ideas. In fact, there are tons of lists and articles dedicated to Pinterest fails. Much like this one. When Pinterest suggests a new idea, especially a themed, food-related idea, we’re more than a little skeptical. Lucky for us, someone decided to try out the top three most viral Pinterest Halloween recipes to see if they are all they’re cracked up to be. See if they live up to the hype or if these recipes are destined to end up on a Pinterest fail list. 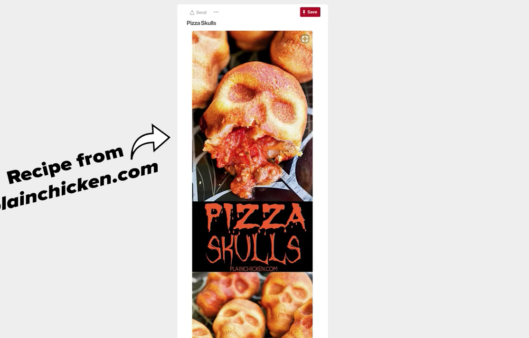 These pizza skulls are certainly on theme, and would definitely be the talk of the party if they turn out as good as this picture! Think pizza rolls, only a giant, skull-shaped version. Sounds pretty good, right? See how they turned out below…

The skull shapes actually showed up really well! Our only complaint is that this recipe requires a skull-shaped baking pan, which seems pretty specific and is probably not something you’d have on hand. Then again, once you click into the recipe, you know what you’re getting into, so at least it’s good to know the twenty-dollar purchase works. We’d probably adjust the recipe slightly to add some herbs and spices. Just the cheese, sauce, and pepperoni might be a bit bland for our tastes! 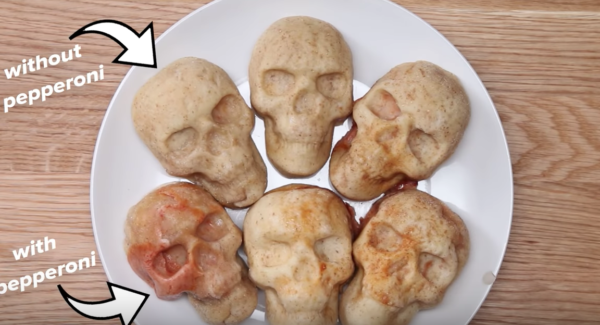 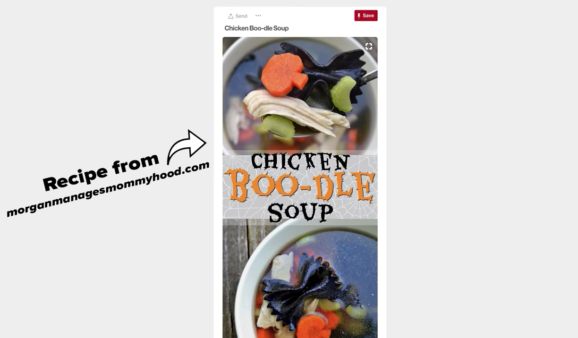 This is your classic chicken noodle soup with a Halloween twist. Mainly, the noodles are dyed black and the carrots are cut into pumpkin shapes. If we’re honest, we probably wouldn’t try this recipe on looks alone. Black noodles? Not exactly appetizing. But, ’tis the season, as they say!

If you can get over the black noodles, those who taste-tested the soup say it’s very good. The one downside to this dish was cutting the pumpkin shapes. The instructions say to cut 1/4 inch slits to get the stem part, and it turned out much more difficult than expected. Plus, one taste-tester pointed out that from one angle it looks like a pumpkin, and from another angle, it looks like a mushroom. Not exactly what we’re going for! 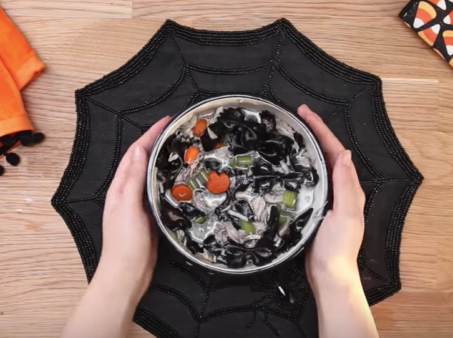 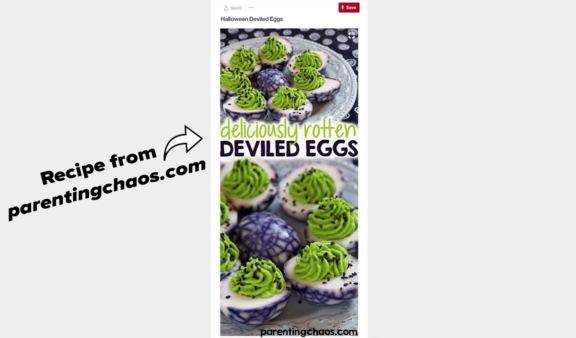 If we’re honest, the pictures in that Pinterest image look totally photoshopped. Don’t get us wrong, this spooky take on deviled eggs looks totally awesome, but we’re skeptical the look can be repeated in real life. 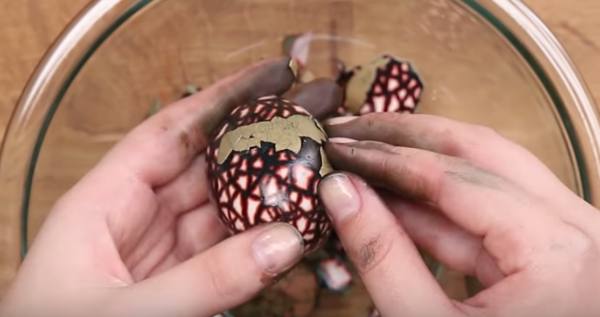 In order to get the cool design on the outside of the eggs, the instructions say to crack the shell of the hard-boiled egg, but not to peel it off. Place the eggs in a ziplock bag, and add some purple or black food coloring. Then, peel the shell off to reveal the spider-webbed pattern. Then, all that’s left is to scoop out the yolks and mix in mayo and a few other ingredients, as well as some green food coloring before piping the mixture back into the eggs. It turns out, this idea totally works in real life! We’ll be the first to admit we thought this pin was fake news, but the end result speaks for itself. 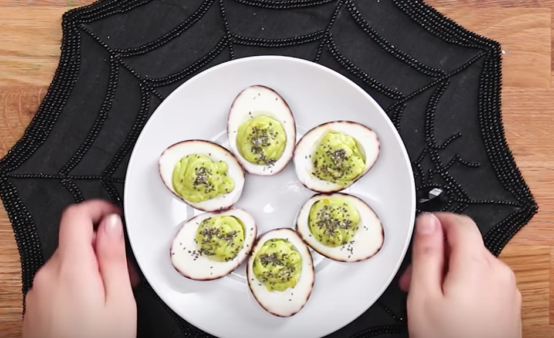 Get step-by-step instructions for each of these recipes in the video below!