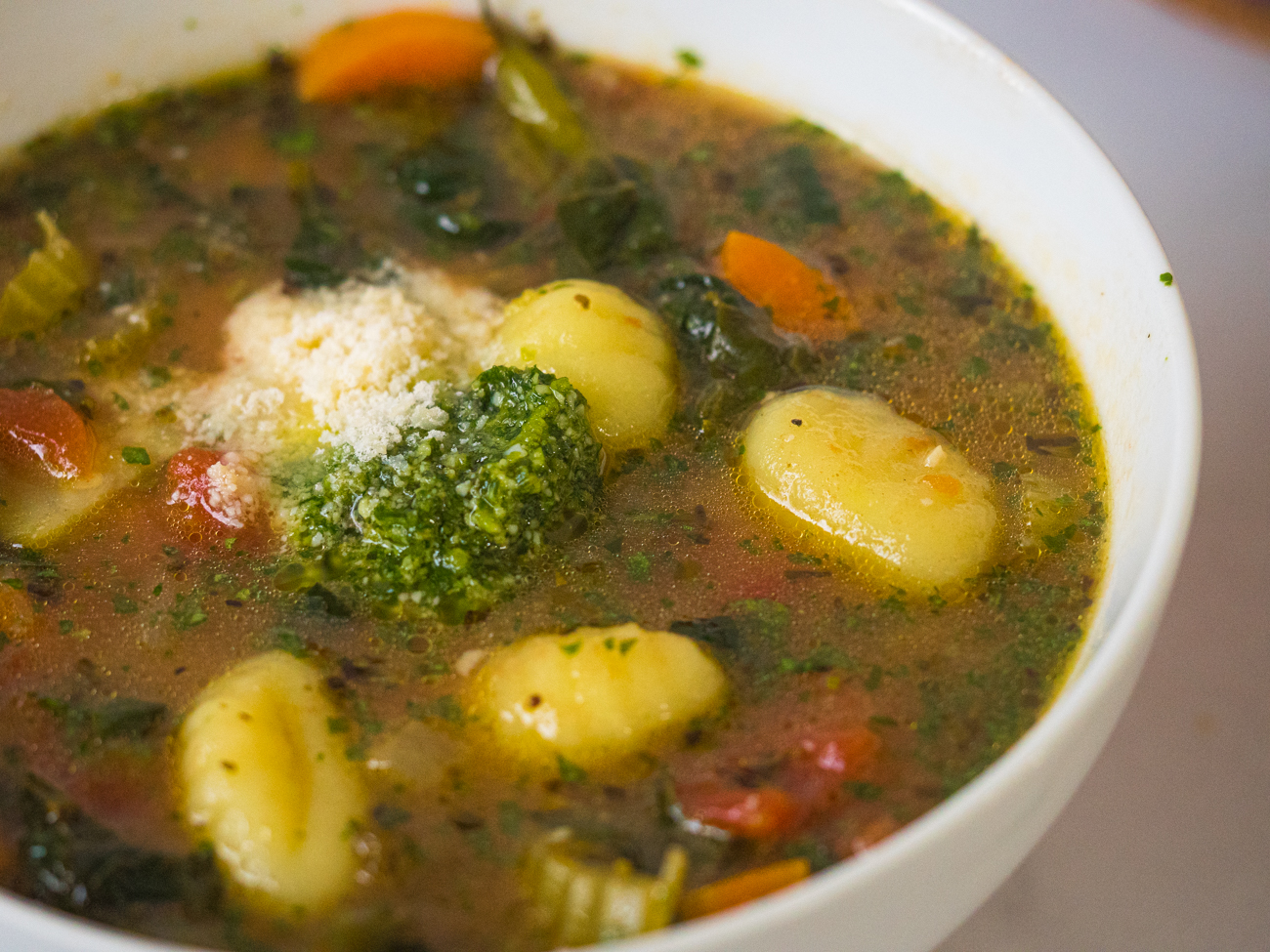 I confess that in the past my opinion of vegetable soup has been that it’s generally boring and watery, but this version has forever changed my mind. It’s brimming with a variety of vegetables, which makes it flavorful and hearty in and of itself, but it’s also scattered with tender gnocchi and topped with a bright but rich pesto. It’s more delicious than I ever thought vegetable soup could be and yet it still manages to pack a mighty nutritious punch. 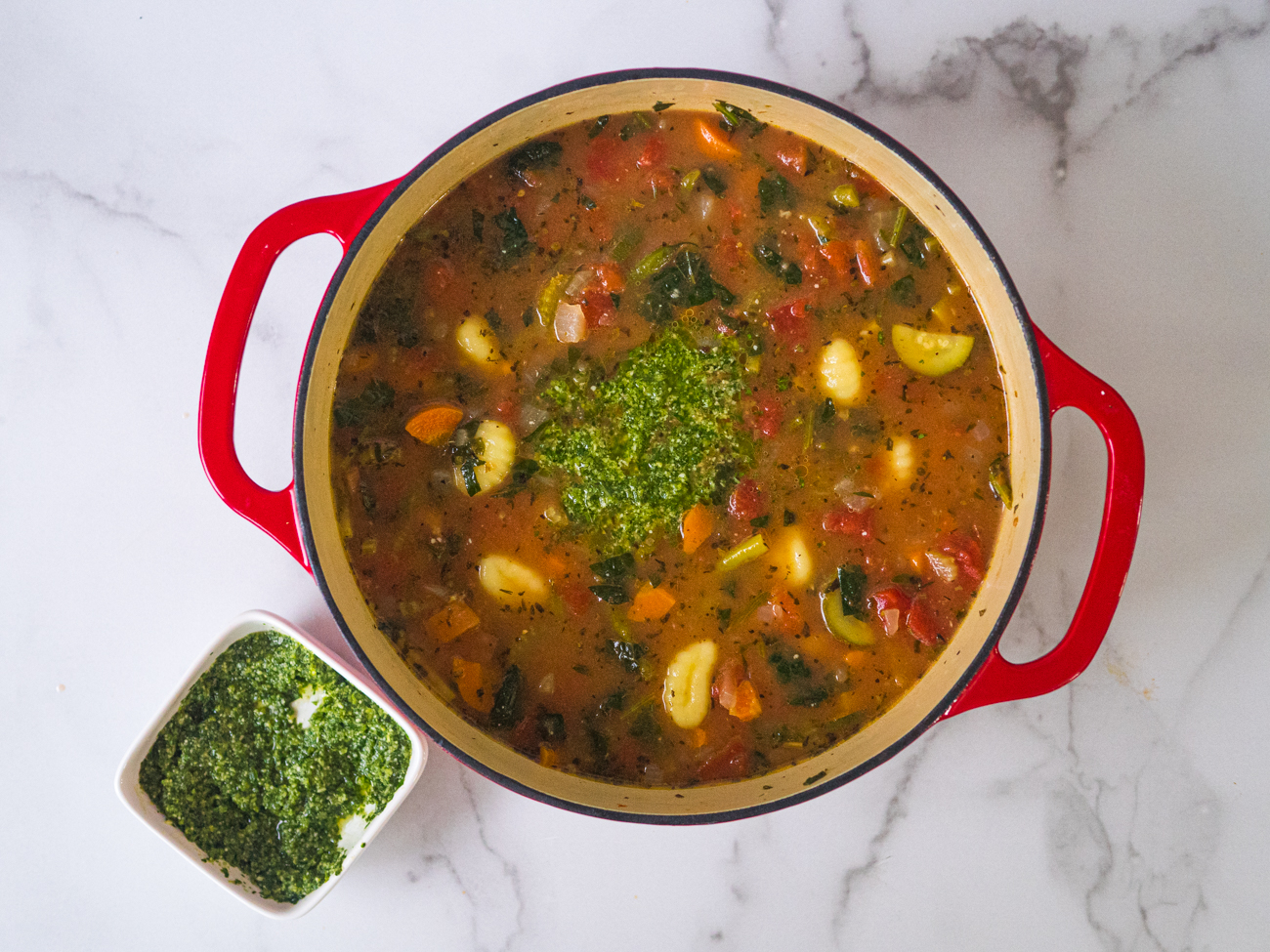 As many great soups do, it starts with onion, carrot, and celery sauteed in a bit of olive oil until they’ve softened… 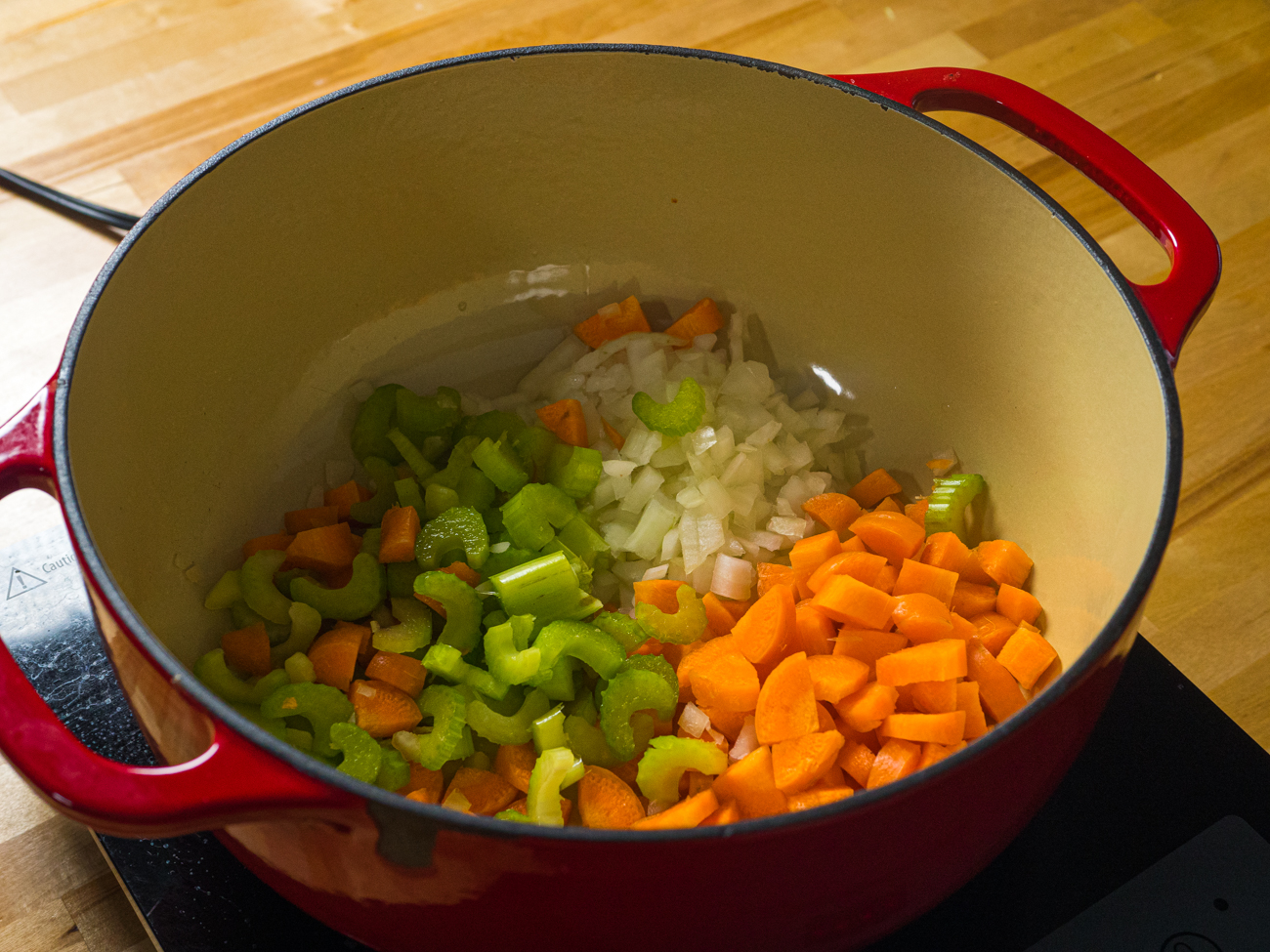 From there, you really start to build up the flavor. Garlic, tomatoes, green beans, thyme, oregano, basil, and zucchini go in next. 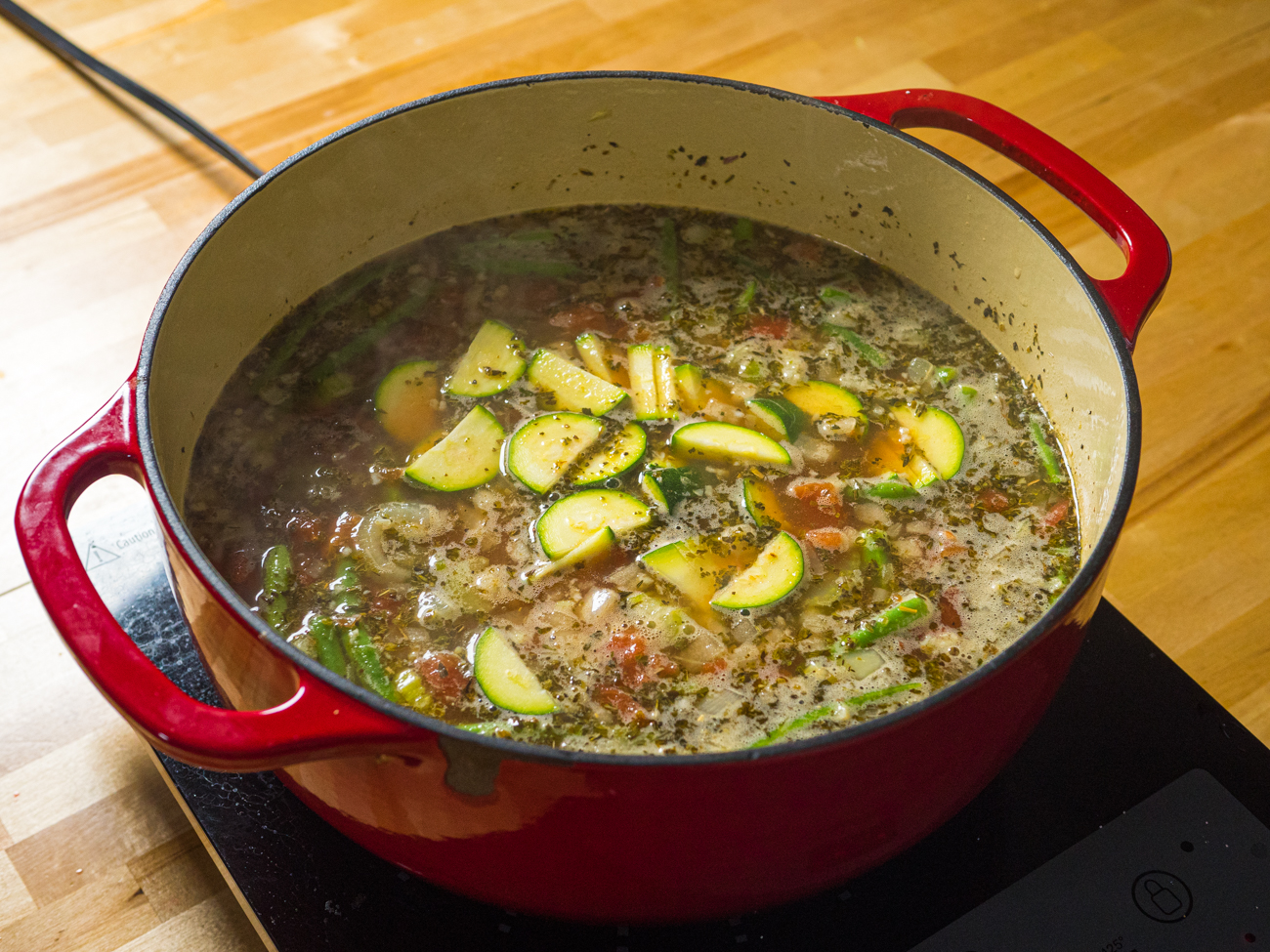 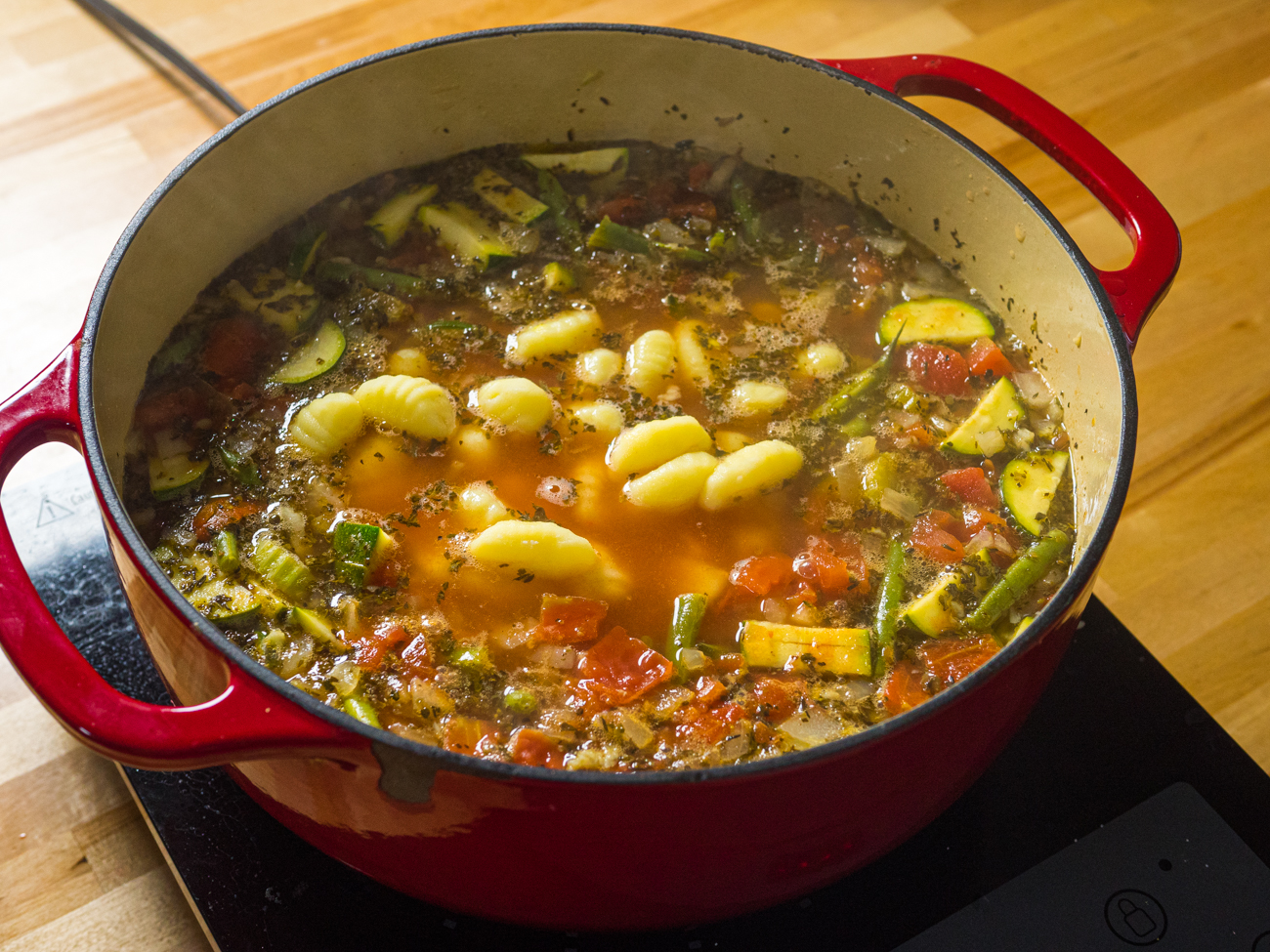 A heaping bunch of spinach gets stirred in quickly until it’s wilted but still fresh. (Just in case there wasn’t enough green stuff going on here already.) 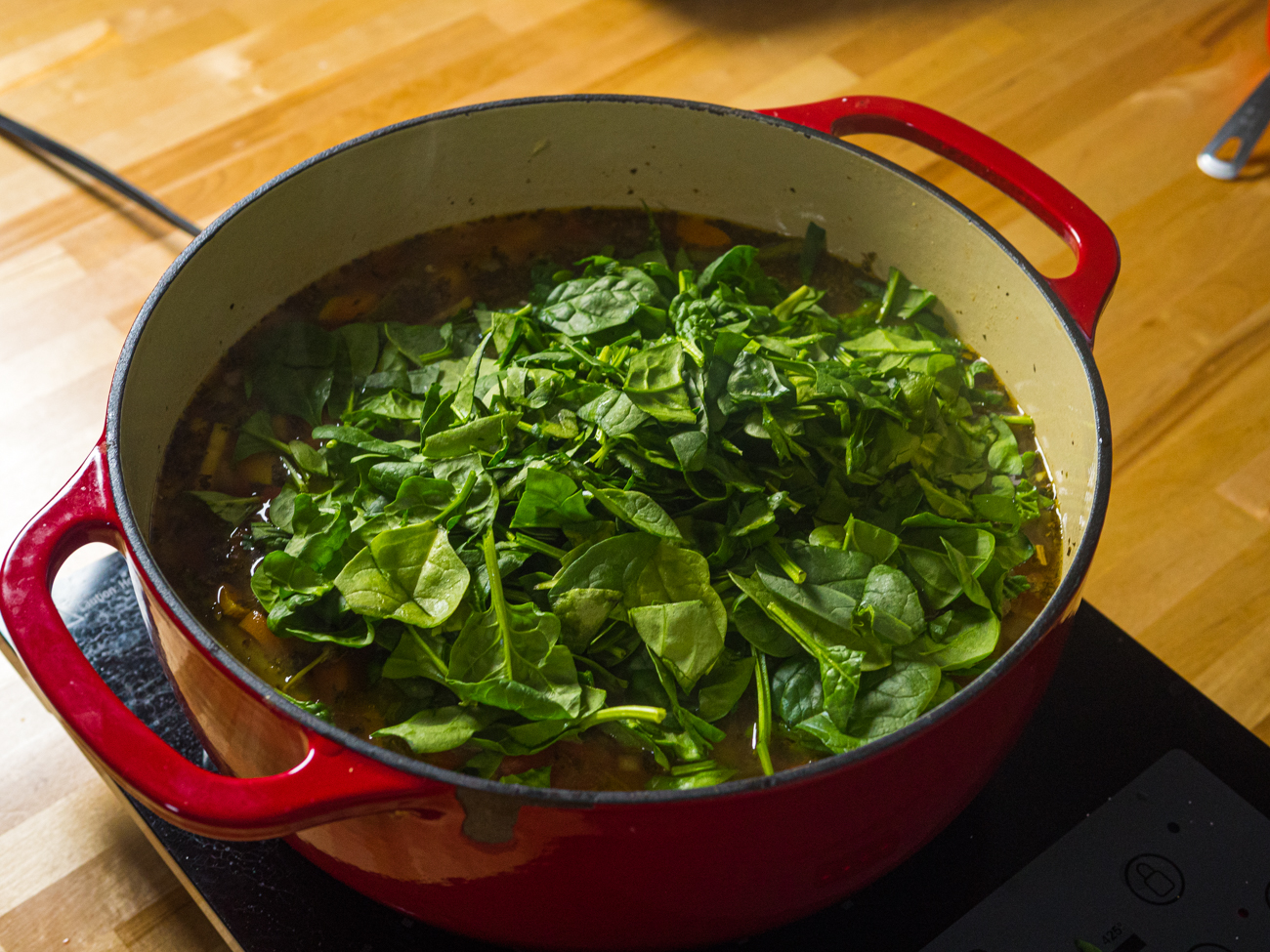 While the soup simmers, you make a quick – but robust – four-ingredient pesto that you can dollop on every bowl you serve. It freezes well, so making extra wouldn’t be a bad plan. 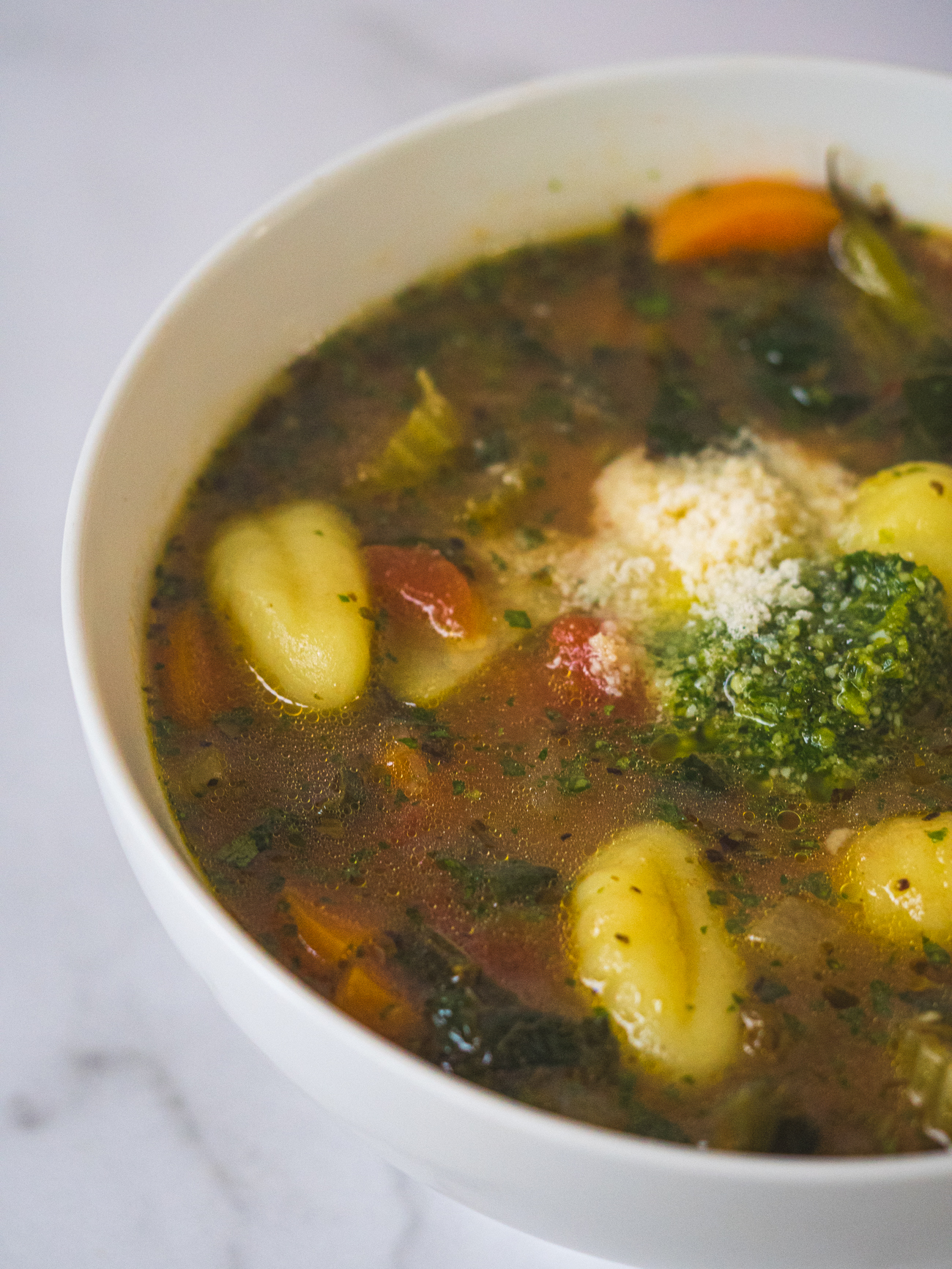 It’s a vegetable soup that’s hearty enough to fill you up, yes, but more importantly, it’s one you savor bite after bite after bite. The bright and rich pesto backs up every fresh veggie that’s simmered in this soup and the gnocchi adds enough substance to keep you going right up until your next meal. 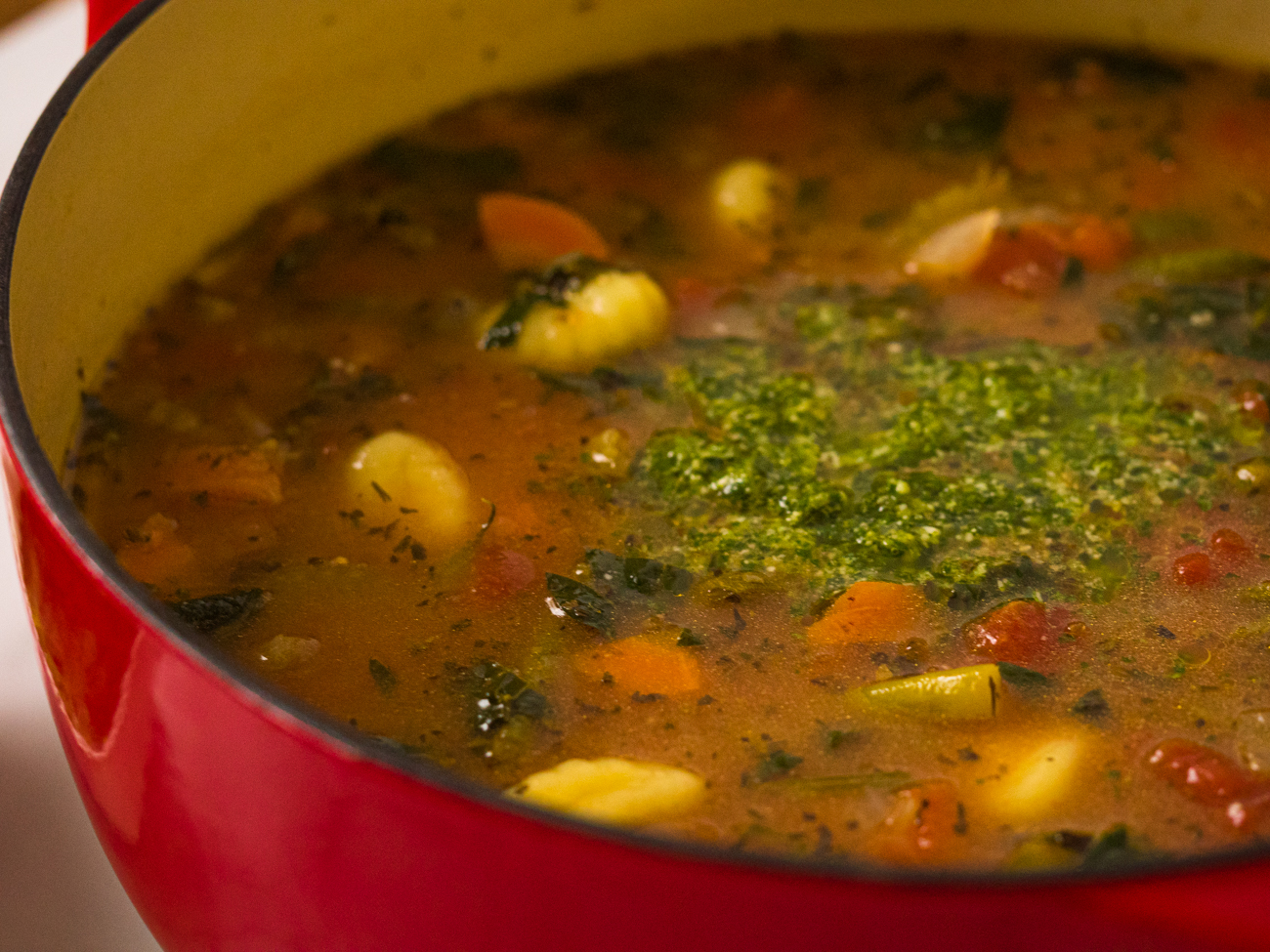