You go on Pinterest, find an adorable cake for your child’s party, and then it doesn’t look anything like what you thought it would. This is why most people go to local bakeries to get a professional to bake them a cake.

Alexandra Schroeder wasn’t so lucky and got a totally botched cake for her daughter’s 5th birthday party.

She told told WILX 10 that she had been planning the party for months and the theme was “baking birthday bash.” She had requested a unicorn cake from a local bakery, but it didn’t come out as expected.

“The horn came out in a shape that was so embarrassing,” Schroeder told the news outlet. “It had fingerprints on it and was not gold. I could tell that it had been handled. When I asked to see the cake pre-party before my guest arrived I was told it wasn’t finished.”

After sharing some of the photos on her Facebook page, Whipped Bakery tried to bash the mother. 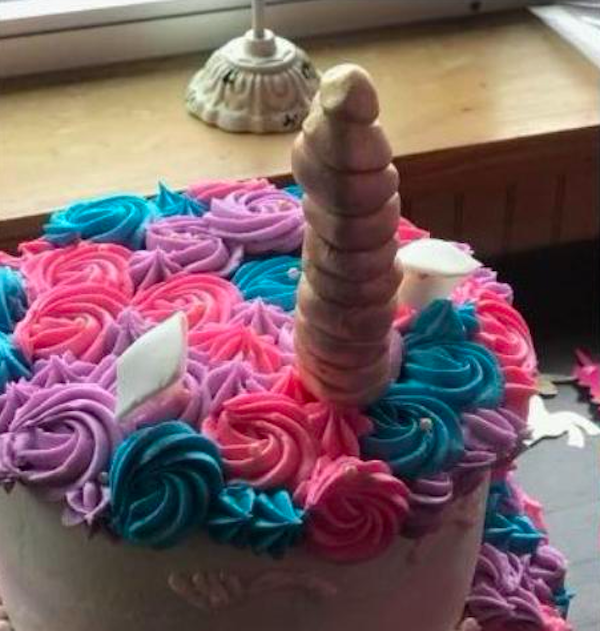 Since then, the bakery’s Facebook page has been deleted as well as posted photos of the alleged “mess” Schroeder’s party left. They also claimed that she still owes them money for having them host the party.

Schroeder denies owing them any money and says that the bakery only provided her with a table and six chairs for her 13 invitees. Whipped Bakery is not making any comments to the media and says everything will be handled by the courts.