If you have never tried the cauliflower gnocchi at Trader Joe’s, you are really missing out on one of life’s simple pleasures. It is extremely popular and for good reason but now they are taking the popularity to the next level. Another unique flavor is being introduced, the Chocolate Lava Gnocchi.

Insider Trader Joe’s, the grocery stores podcast was the first to officially announce the newcomer in their September 16 episode. Matt Sloan, the vice president of marketing for Trader Joe’s and the marketing director, Tara Miller said there would be many new dishes, including the new gnocchi.

It seems as if @traderjoeslist beat them to it with a picture of the package dessert, including a caption ‘🚨 Pretty sure the internet is about to break 🚨 📸 @thesnacksoflife’.

There are already over 40,000 likes and 7000 comments, which is huge, even for an account with 1 million followers.

🚨Pretty sure the internet is about to break 🚨 📸 @thesnacksoflife

Shoppers seem to be going crazy over the new addition. Some of the podcast listeners also went on Reddit to share their thoughts about the official release. One user said they were scared but also intrigued and another said: “I’m traumatized after the chocolate hummus so this is a pass.”

It didn’t take long before people were searching for the product at Trader Joe’s and were told that it wouldn’t be stocked until Wednesday. Others, including @hungryhungry found it and served it with vanilla ice cream. She said: “They’re gooood!! The package suggested whipped cream or vanilla ice cream and it was soooo good with the ice cream like warm lil chocolate lava bites loved it.”

She also said that it was good served plain, although “a little gummy on the outside.” Her recommendation is that shoppers could cook them longer than the recommended six minutes to make the outside crispy. 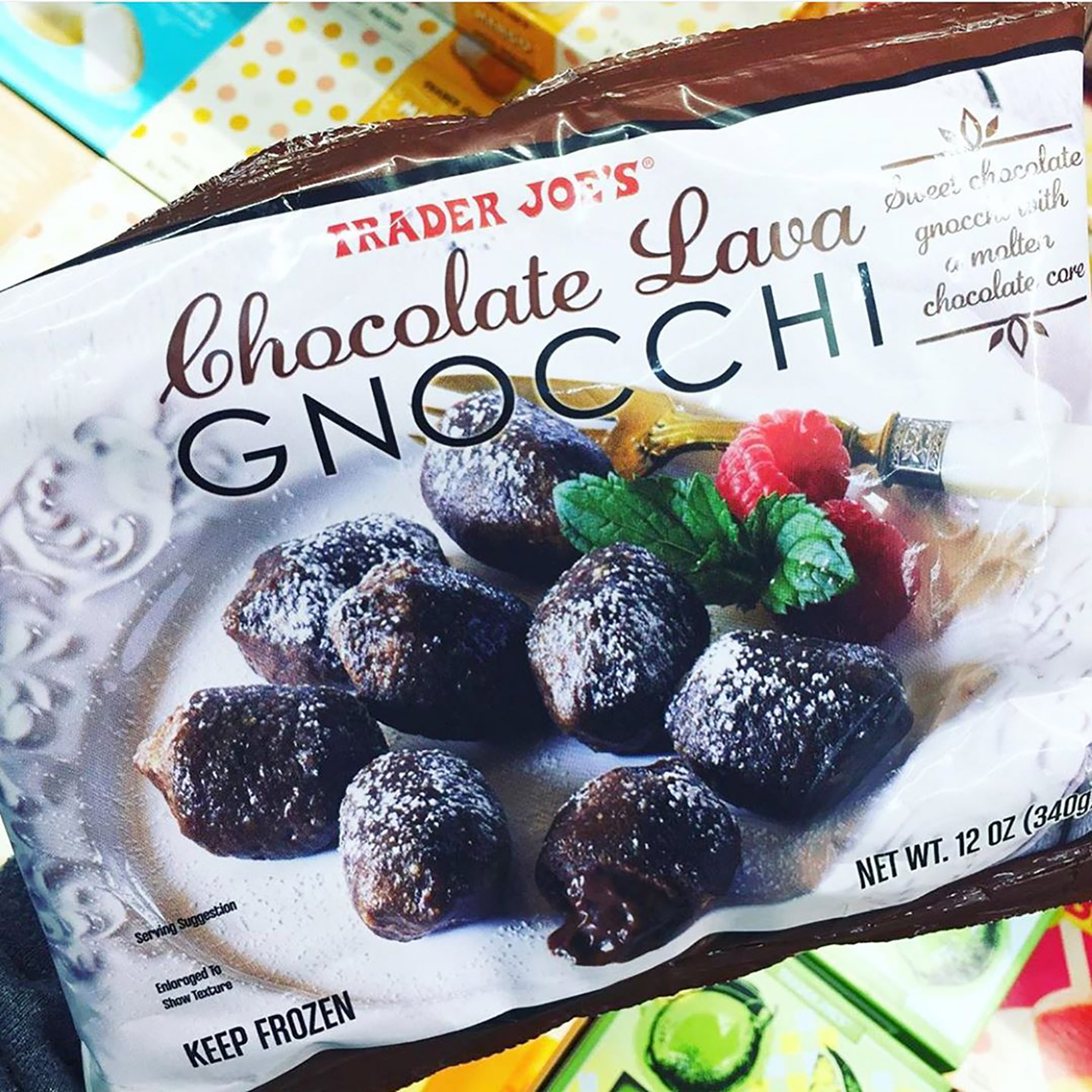 Lori Latta, the vice president of product innovation for Trader Joe’s said she originally saw chocolate gnocchi when she was in London at Harrods. She went to the supplier to see if they would make a similar, although ‘better’ version for Trader Joe’s.

She told the Kitchn, “This was originally designed to be dessert, but I think that there are some people who might make a dinner out of it. They’re really easy to prepare because you just put them in a sauté pan with a little bit of ghee or butter and brown them. I think it takes no more than the cauliflower gnocchi, so 6 to 7 minutes.” 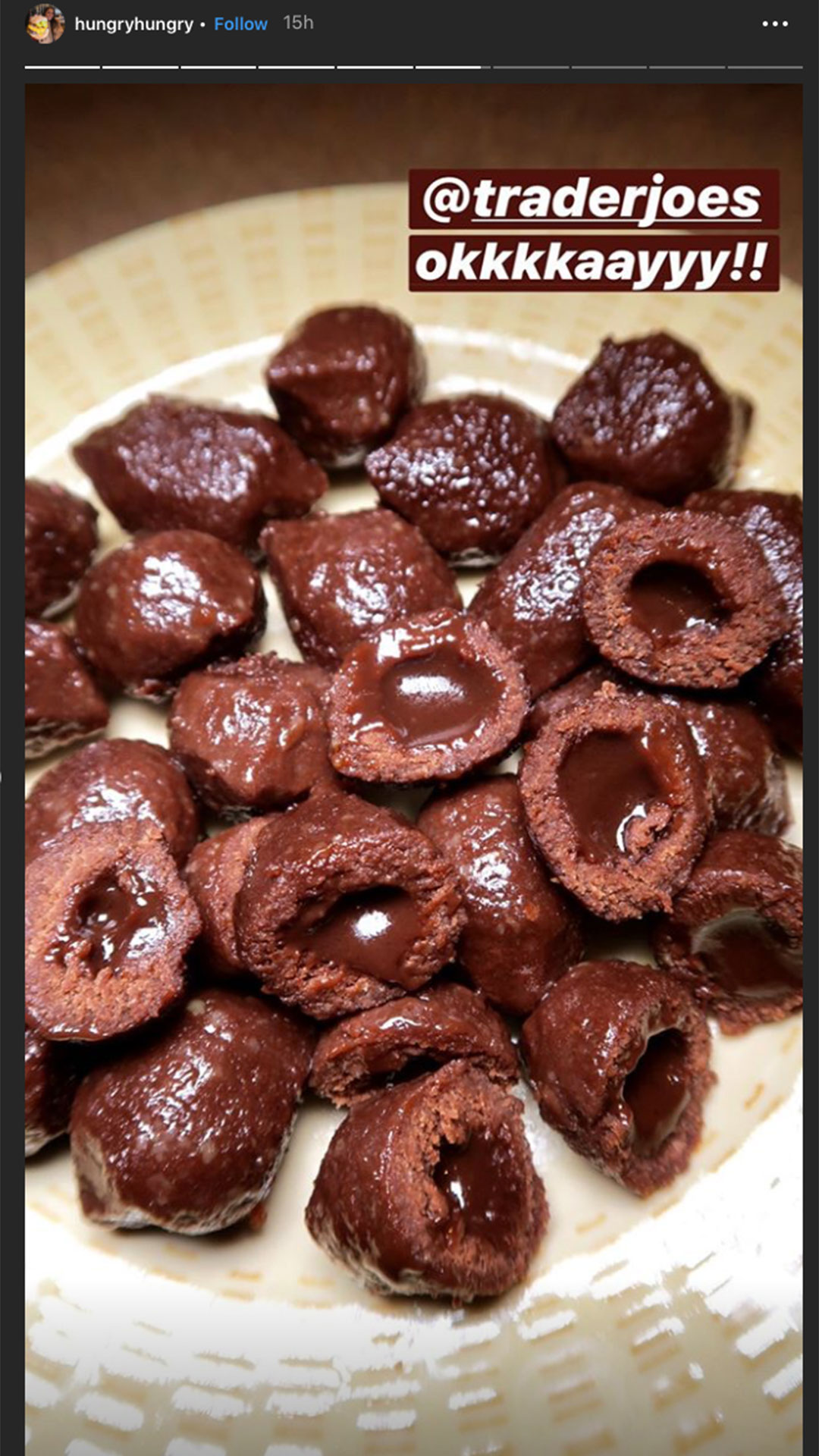 According to the packaging, it is sweet like chocolate gnocchi and it has a molten chocolate core. The picture of the gnocchi shows it dusted with powdered sugar and served with raspberries. Each package is 2.5 servings for a total of 780 cal. You can start looking on Wednesday at your local Trader Joe’s for the new release.