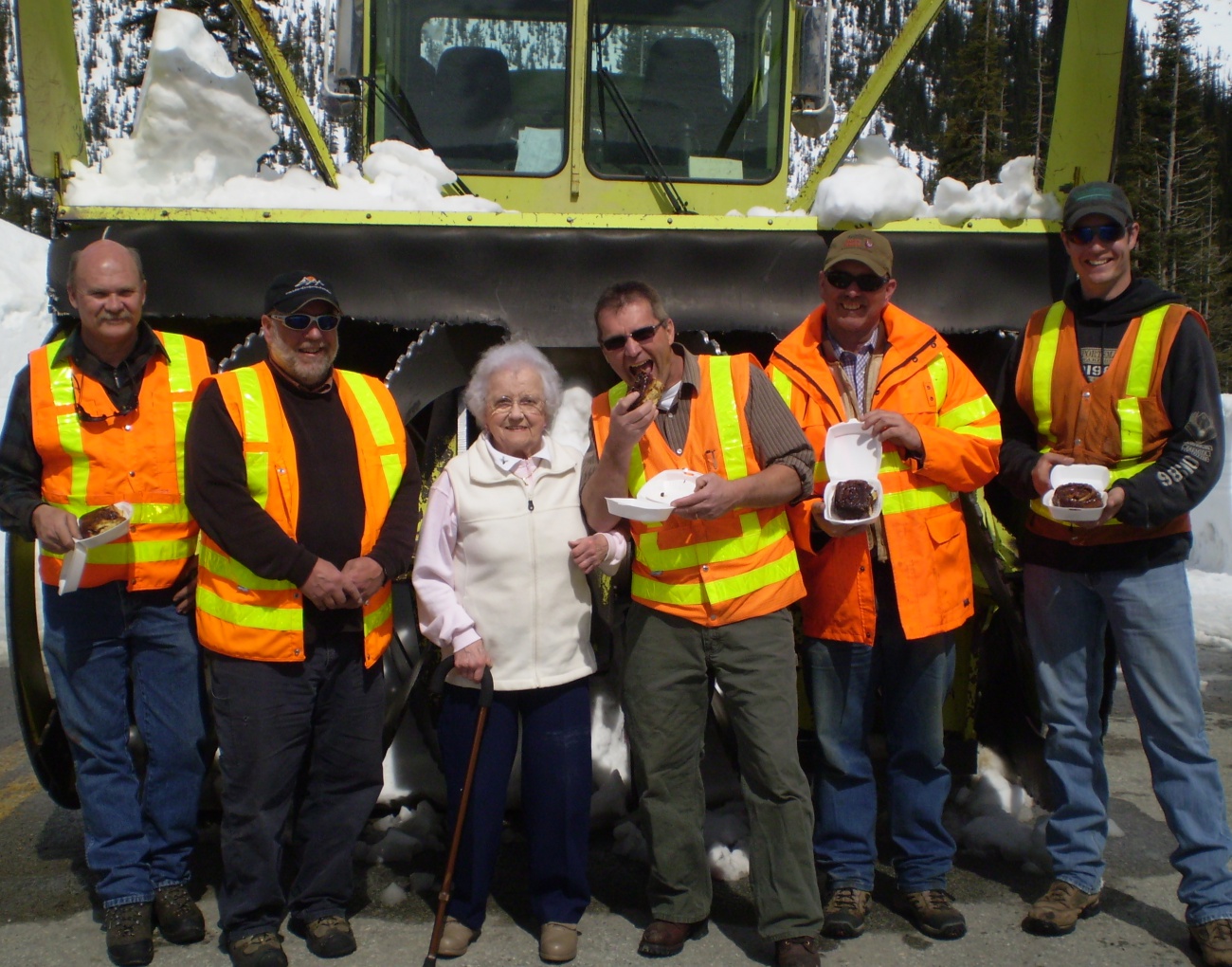 Every year, the North Cascades Highway in Washington closes down for the winter due to heavy snow and avalanche danger along the 34-mile pass. And every year, as the snow melts and driving conditions improve, the pass reopens again in the spring. For more than 40 of those years, Tootsie Clark made it her mission to be first in line for the reopening so that she could be there to pass out cinnamon rolls with whiskey sauce to the first travelers heading east over the pass. 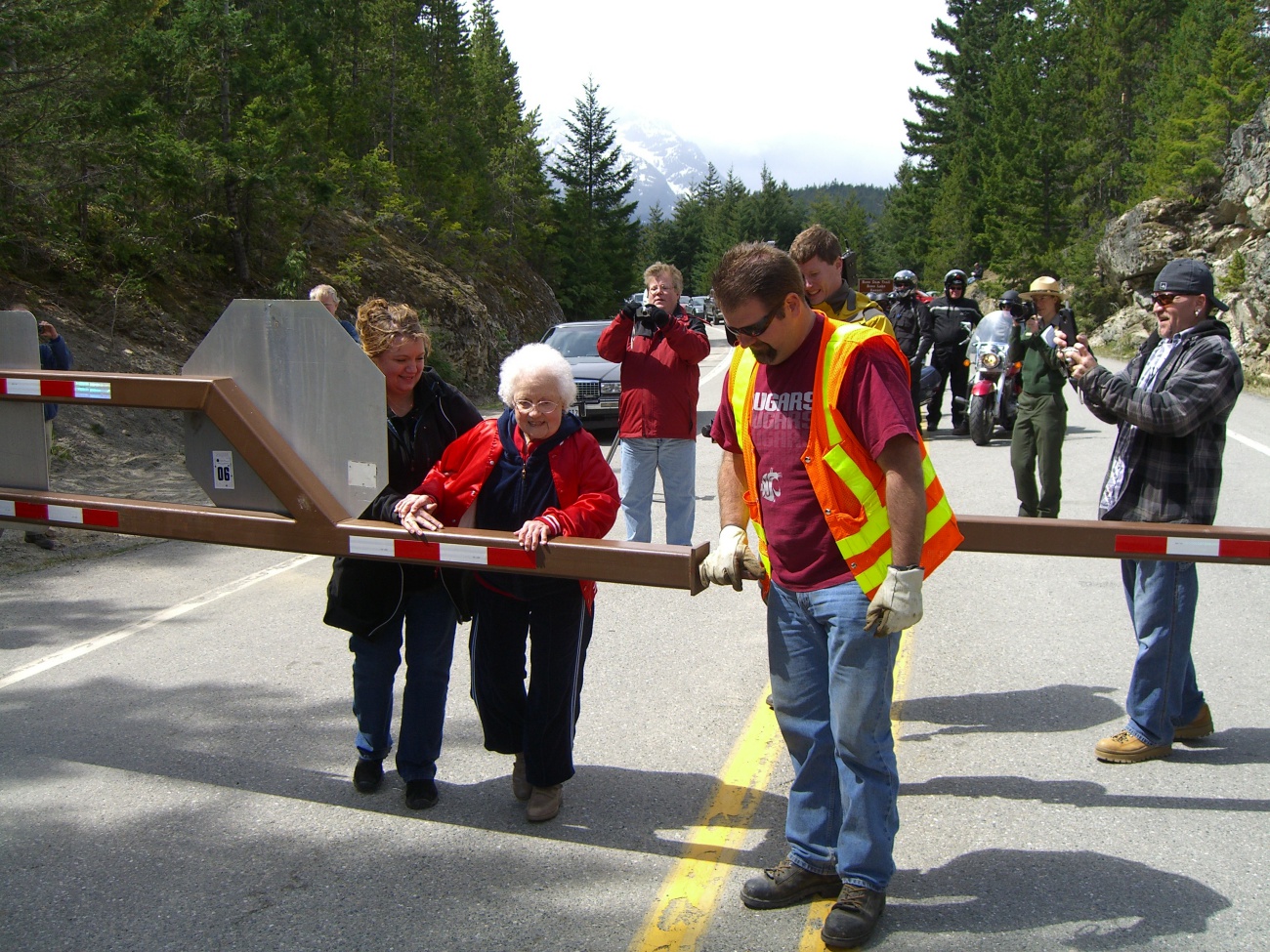 Tootsie’s tradition started sometime in the 1970s as a way to celebrate and draw attention to the highway reopening and the nearby Marblemount community, which depends on visits from tourists who travel the scenic byway. Tootsie herself owned a successful restaurant and resort in Marblemount, Skagit County. 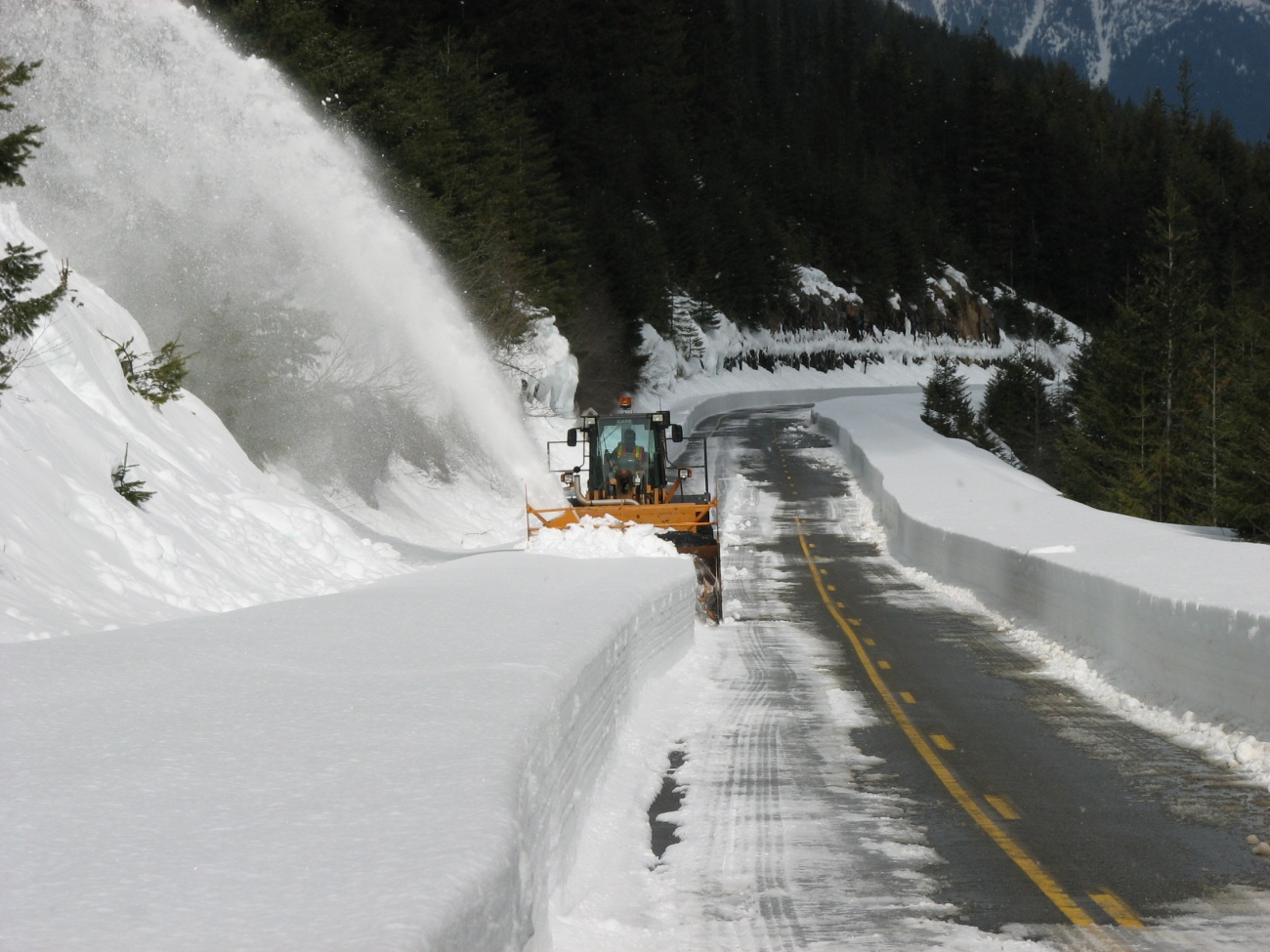 Over the years, Tootsie’s gifts of cinnamon rolls and hot coffee turned the reopening of the gates into a celebration, and somewhat of a reunion as well. The tradition grew and grew until eventually, you could count on dozens of cars lining up behind Tootsie’s in the hopes of getting there early enough for one of her famous cinnamon rolls. 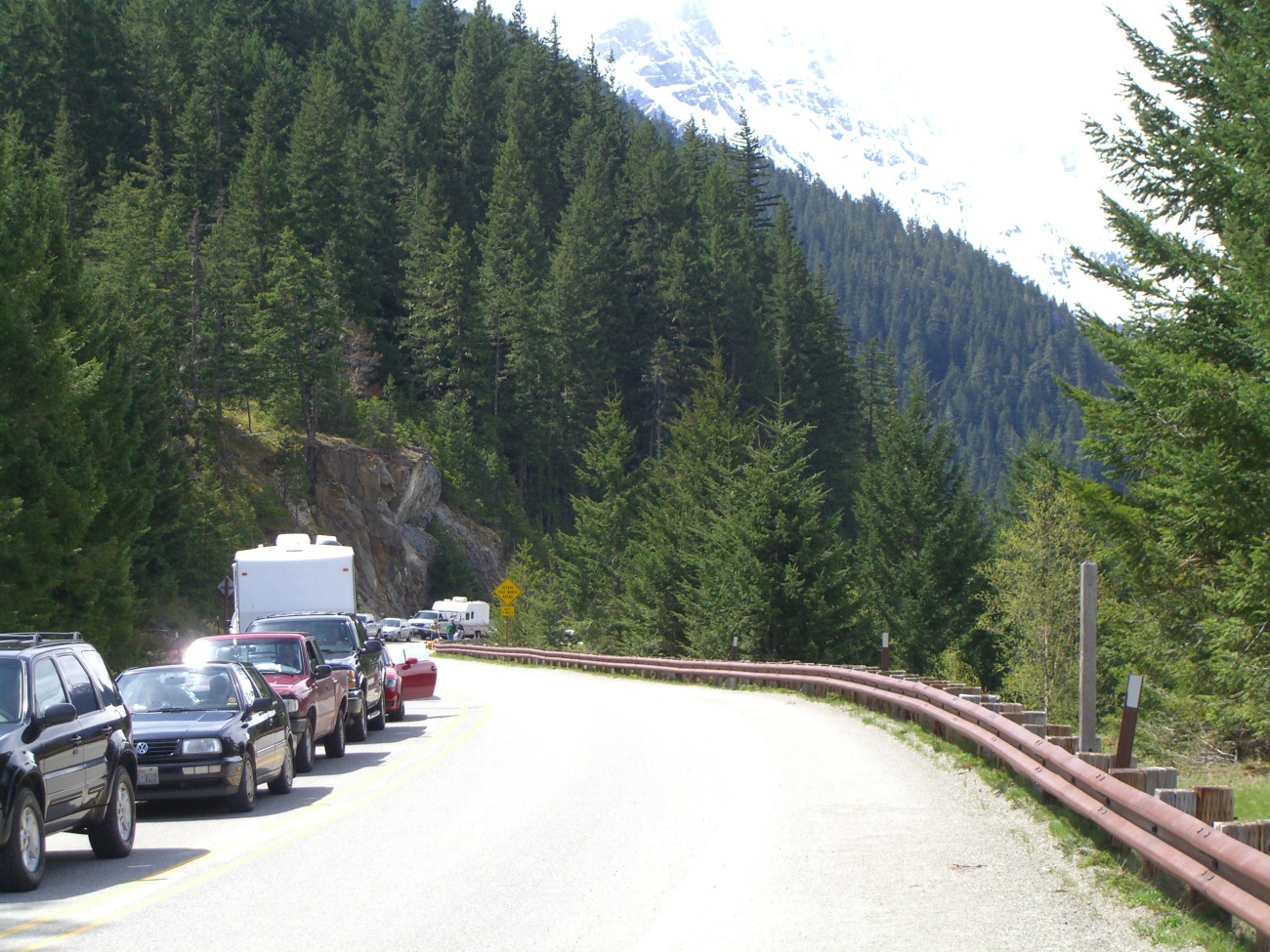 Tootsie, more formally known as Ethel Madrene Clark, passed away in 2017 at the age of 95 but was still able to continue her tradition in her last year of life. As soon as the snow was cleared in 2016, Tootsie was there with her cinnamon rolls and to help the state Department of Transportation swing open the highway gates from her wheelchair. Today, her family carries on the opening day cinnamon roll and hot coffee celebration every year in her honor. 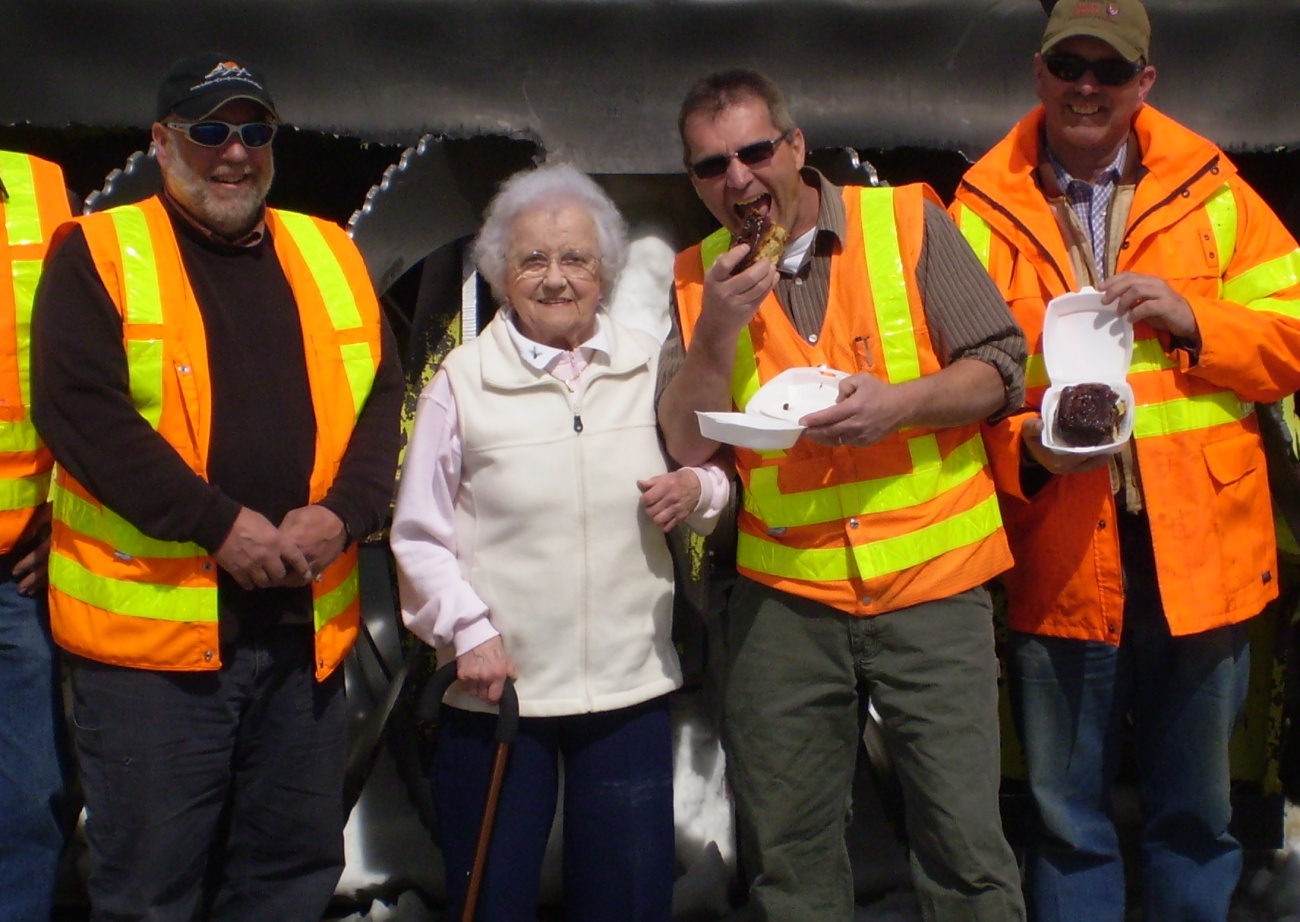 While we’re not lucky enough to have Tootsie’s signature recipe for cinnamon rolls with whiskey sauce, we’ve included our own version below. Bake your own and think of Tootsie.

Recipe adapted from A Beautiful Mess.