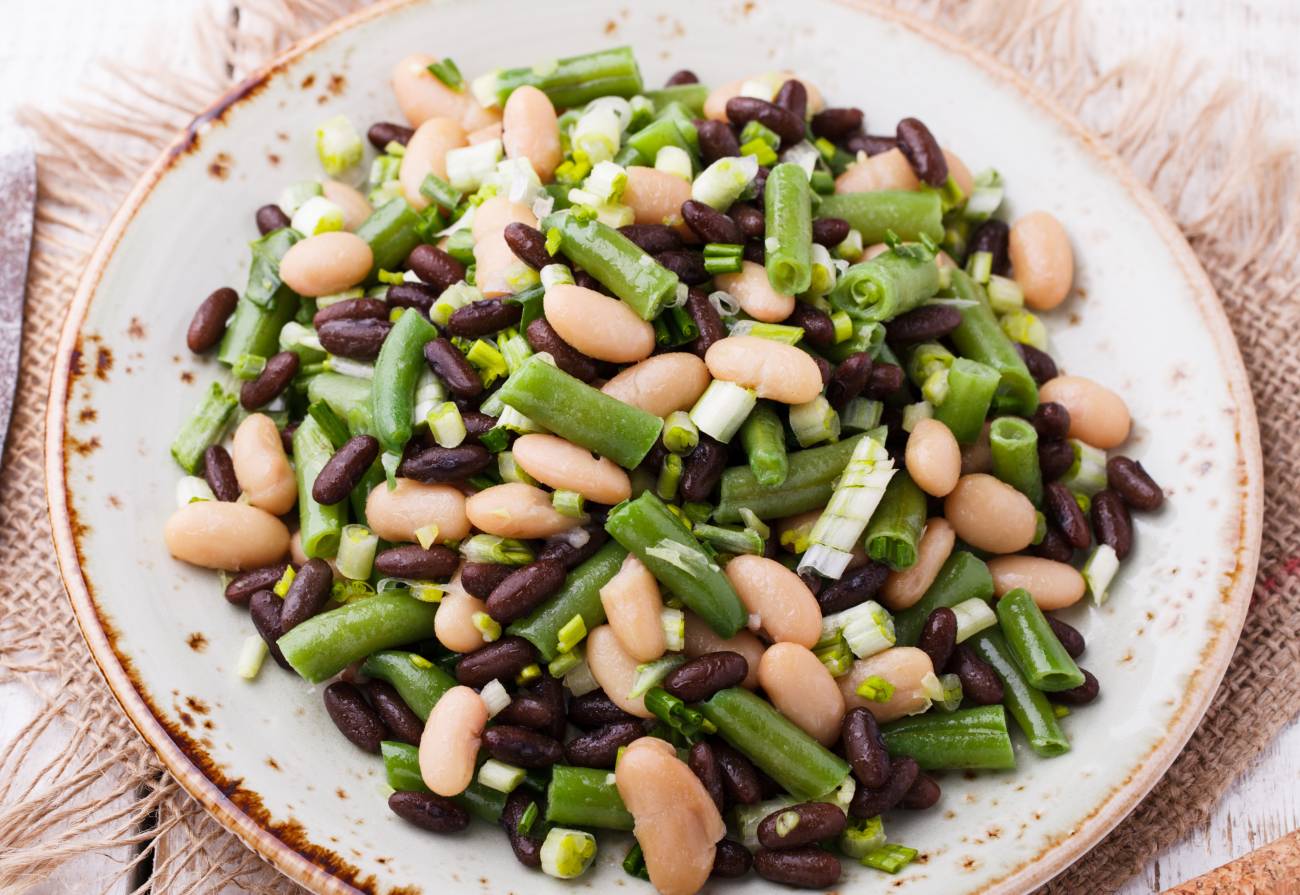 A three-bean salad is one of the easiest side dishes to make, be it for a weeknight dinner or a potluck party. The traditional recipe calls for kidney beans, green beans, and garbanzo beans that are tossed with a little bit of onion (red or white) and a simple dressing. As much as we love a classic recipe, it’s not particularly glamorous, and for that reason we decided to play around with the recipe, just a tad, making sure we keep the salad as fresh as possible in both ingredients and flavor. 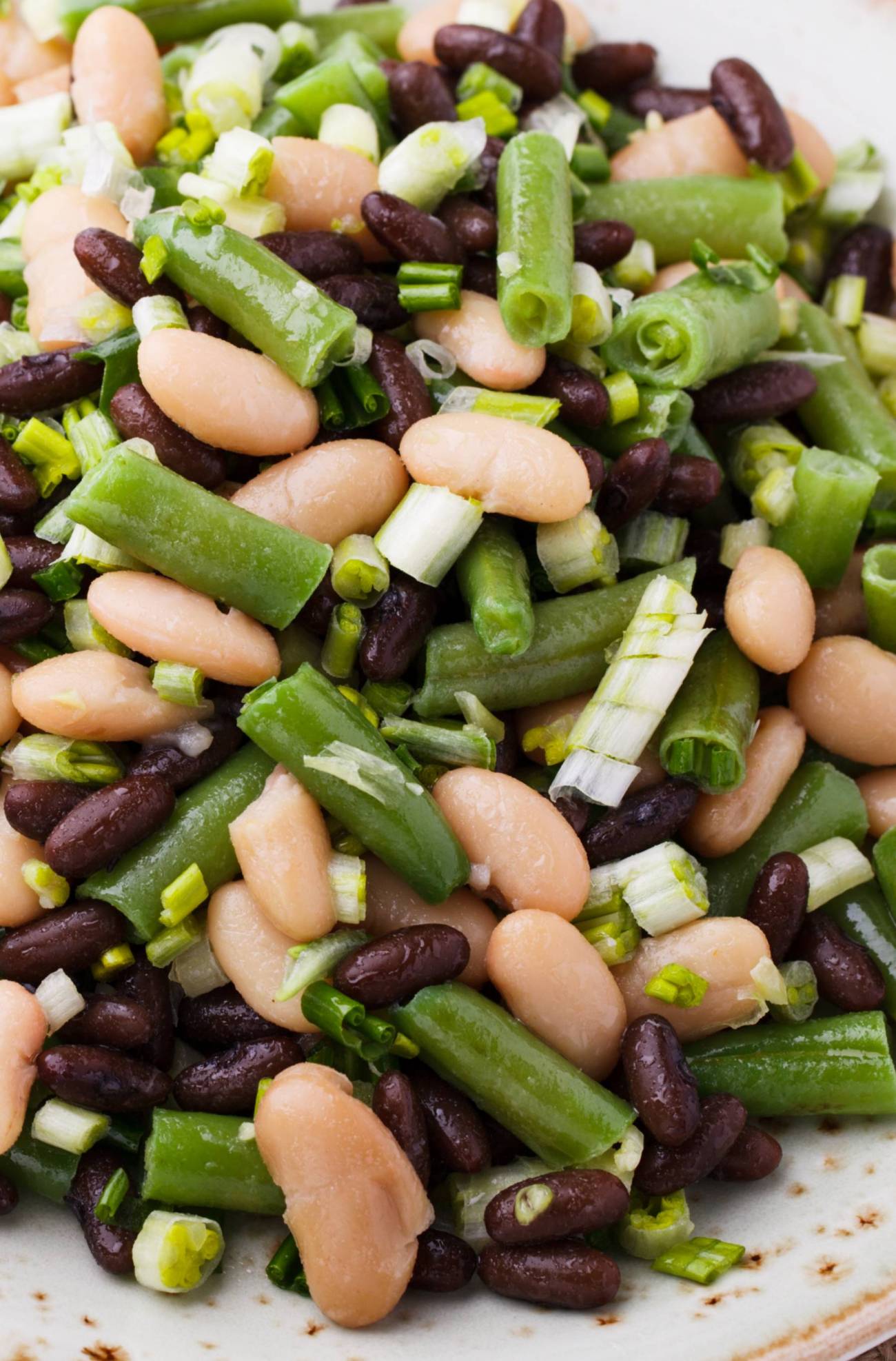 Fresh green beans make a big difference compared to the canned variety. Not only are they crisper, but they’re also brighter in color and are not as salty. It’s that bright pop of green that makes the salad look fresh and inviting. A quick blanch of the green beans in boiling water, then a dip in a bowl of ice water, will take a little of that rawness off of the veggie while keeping its firm bite. We wanted to echo that green freshness with sliced green onions rather than using a red or yellow onion. Green onion infuses the whole salad with that distinctive peppery-onion flavor.

The most important ingredient in making a three-bean salad? Time. Once you’ve whipped up the dressing and toss everything together, the salad needs to spend a few hours in the refrigerator and this is where the magic happens. That simple dressing is absorbed by the beans and infuses the whole salad with delicious flavor. After a few hours (this is a great make-ahead side dish) the salad is ready to be served, just give it another quick toss and set it out for everyone to enjoy. This version of the classic three-bean salad is just as easy to make as it is familiar and new.

Recipe adapted from Dinner then Dessert.