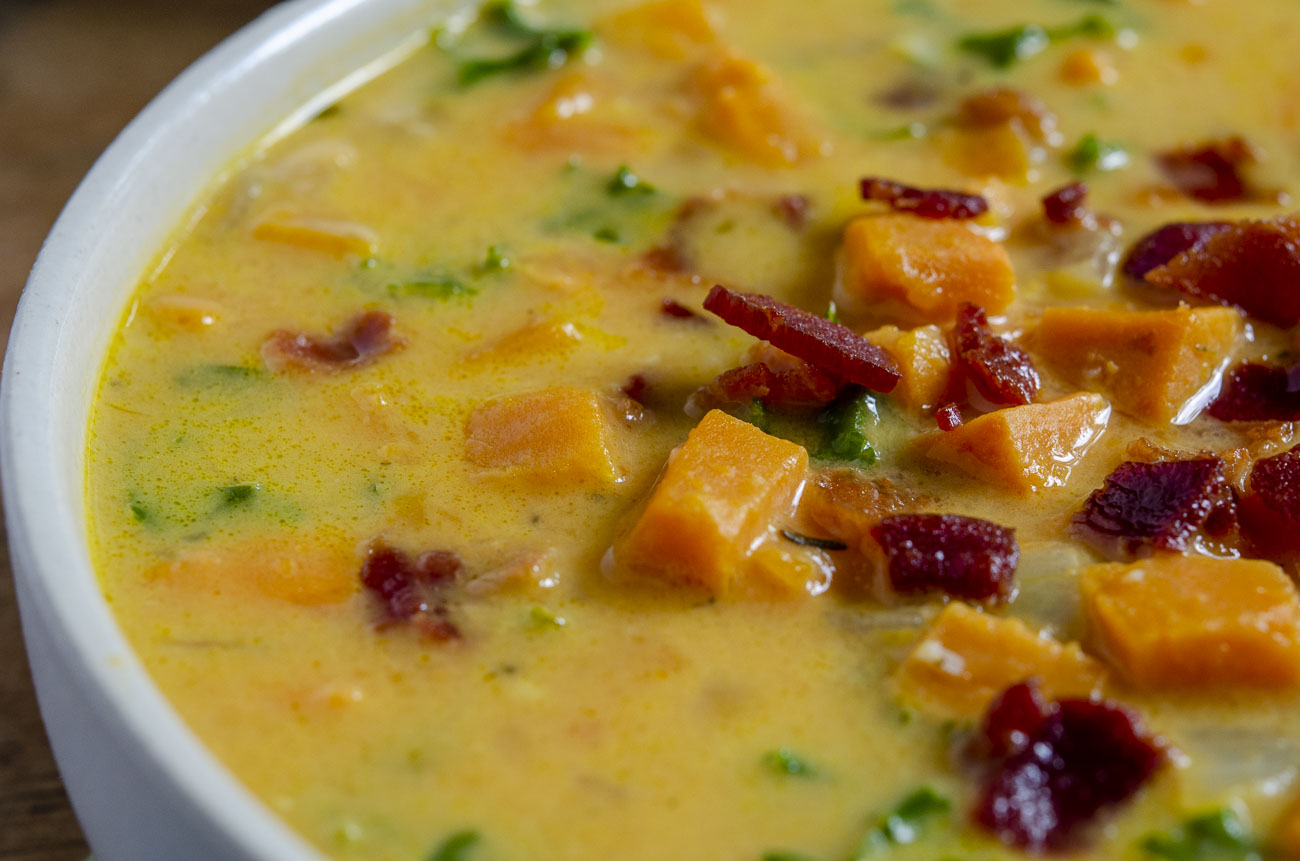 When you think chowder, your mind probably immediately thinks ‘clam,’ but let me assure you that there is so much more to this world of soup. Take this Sweet Potato Bacon Chowder, for instance. It’s creamy and delicious, but there’s nary a mollusk involved – instead, it relies on a ton of nutrient-rich veggies, and with those come a ton of flavor. (And, well, the bacon doesn’t hurt either.) 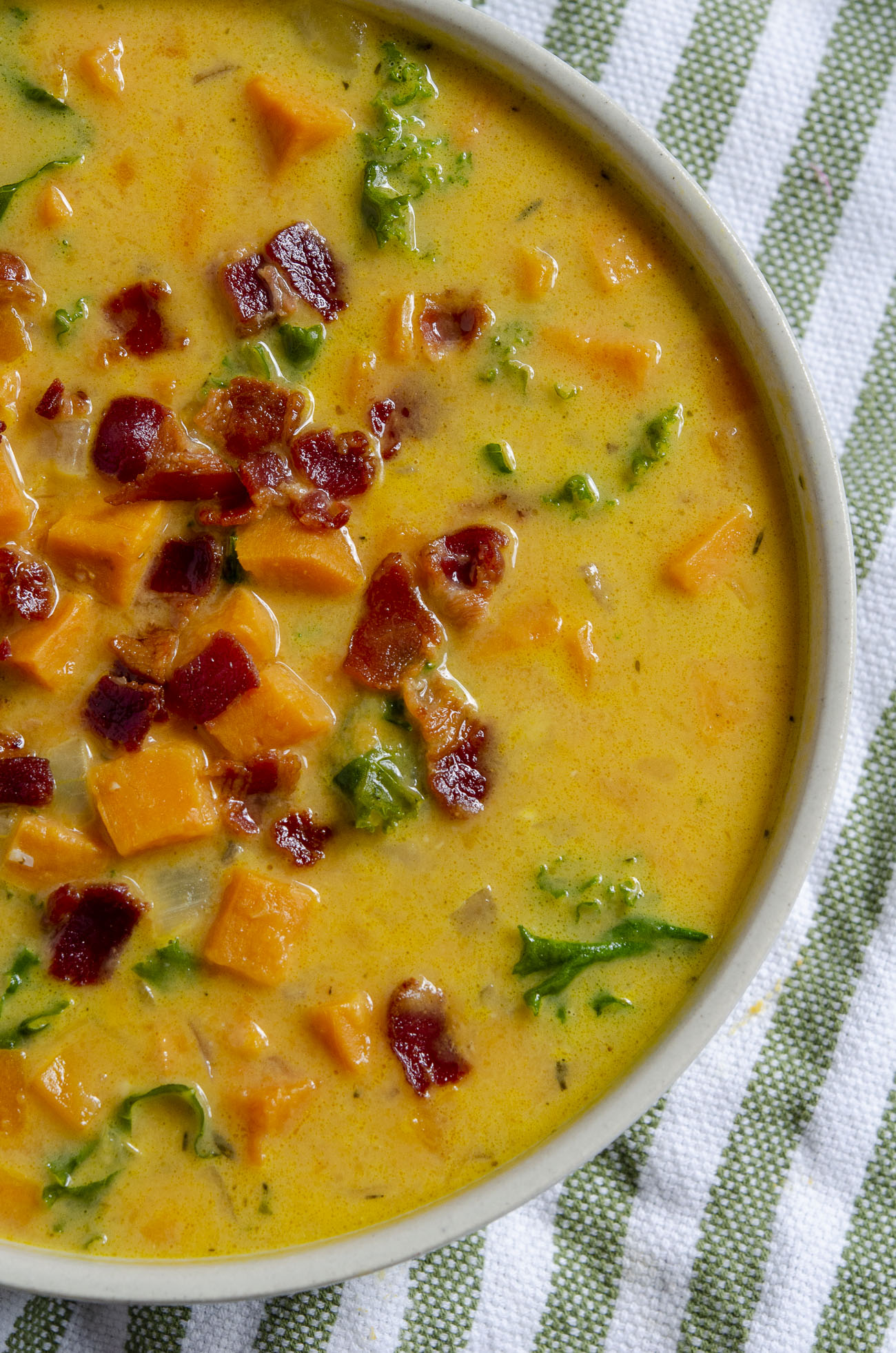 As many great soups do, this one starts with a little saute of carrot and onion… but in this case, they’re sauteed in bacon fat for extra flavor. (See, you cook your chopped bacon first, but then remove it elsewhere to hang out so it stays nice and crispy until the end.) From there, the sweet potatoes go in with some broth and thyme and bay leaf and simmer until they’re nice and tender. 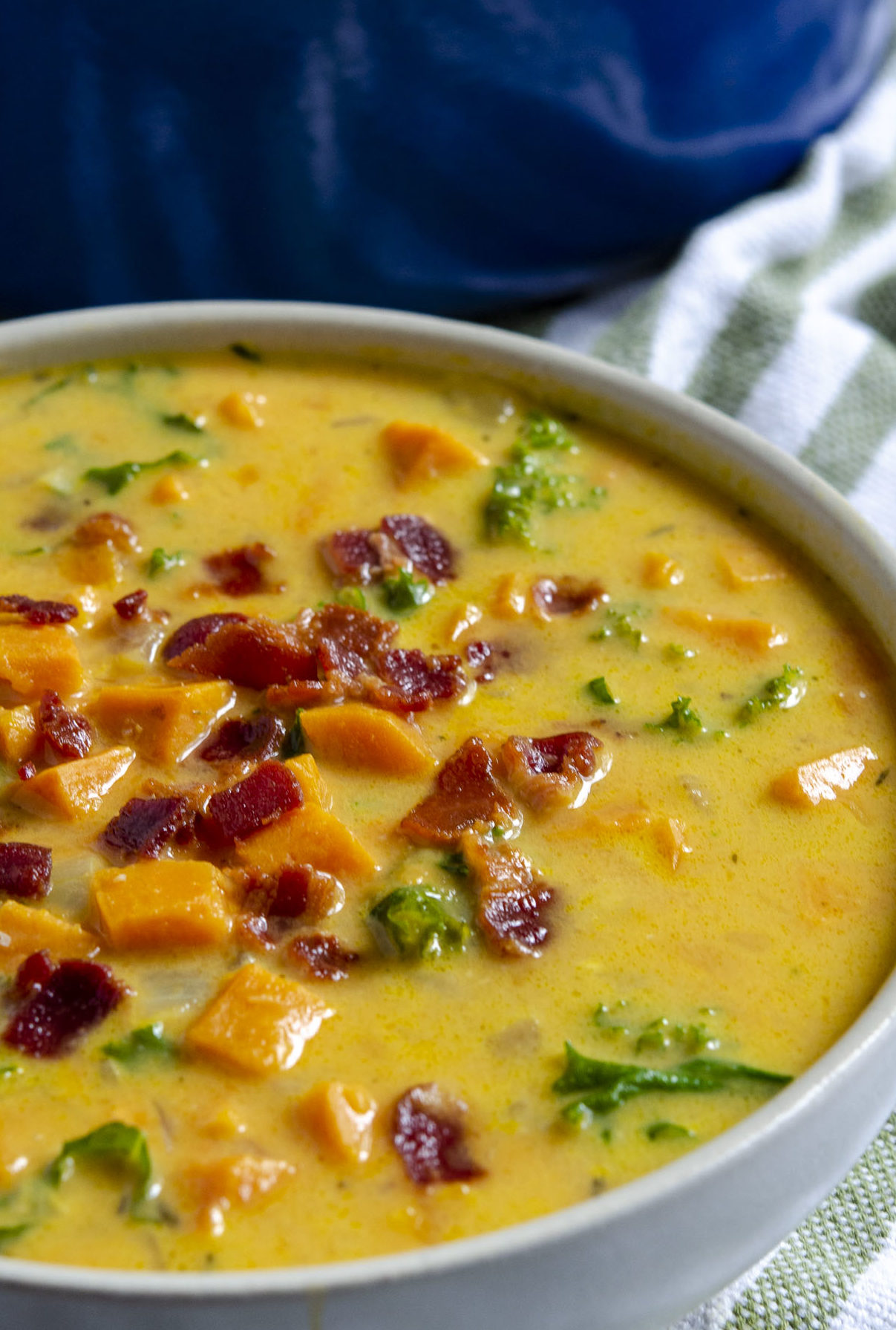 Now you could leave all of the sweet potatoes in chunks, but I like to blend about half of the soup at this point. It makes for a really nice, thick consistency that’s still punctuated by soft bites of sweet potato. An immersion blender makes easy work of it, but if you don’t have one, just remove some soup to a blender and puree it up before stirring it back into the pot. A little heavy cream goes in next, and it adds a silky creaminess that goes so well with the sweet potato. 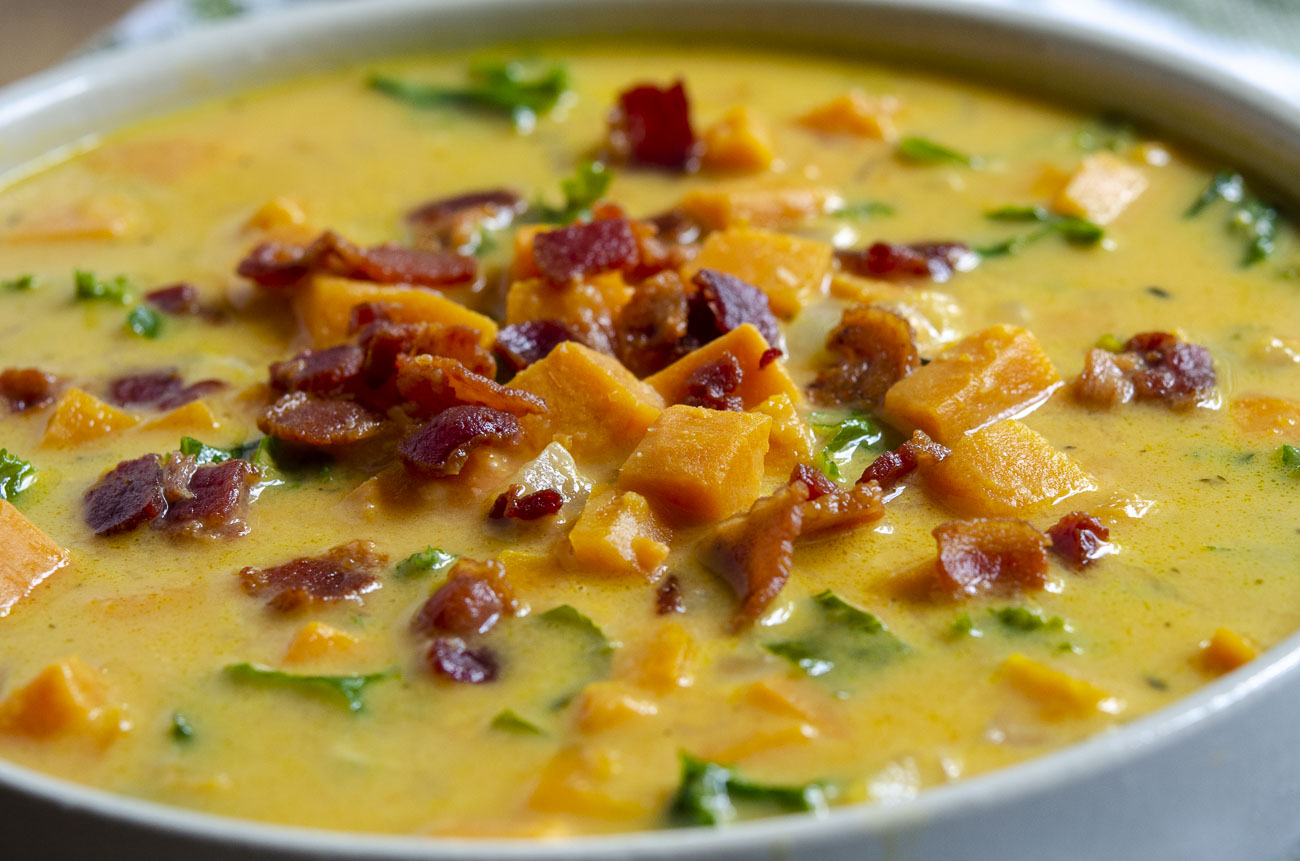 Next up is a little bit of leafy greens – not enough to overwhelm you, just enough to back up all that sweetness with a touch of green earthiness. I like kale, but spinach works delightfully well too. The final flourish is that crispy bacon that’s been hanging out and waiting for you, and its salty-crunchiness is the perfect partner for the soft sweet potato it accompanies. 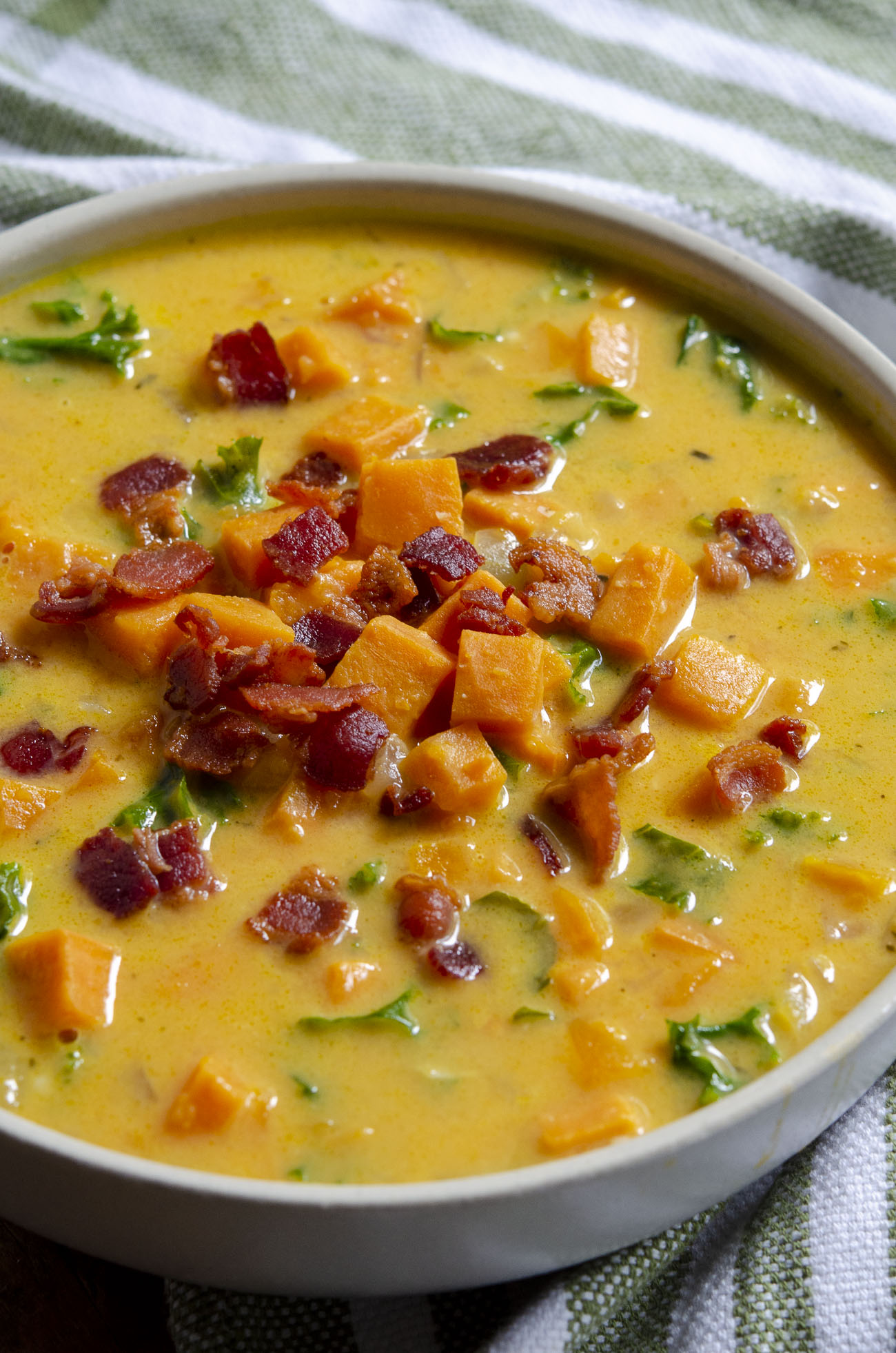