4 Reasons You Should Never Stuff Your Turkey

When it comes to stuffing the turkey, there are two types of people: Cornbread or Cubed bread. Then you have people who make it from scratch or buy it in a can. Either way, the mushy mixture of bread, broth, and vegetables is a tradition that most families do every Thanksgiving.

1. It Can Possible Give You Salmonella Poisoning

I know what you’re thinking. We were all warned about licking the spoon of raw cookie dough as a child, but we never got sick. The difference with stuffing is that bread is extremely porous, allowing all the raw turkey juice to seep into it while cooking. If that stuffing doesn’t reach 165 degrees F, the bacteria won’t be killed off.

2. It’s The Main Reason Your Turkey Is Dry

Because you have to cook your turkey at 165 degrees F, you can potentially overcook your bird. Even celebrity chef Alton Brown warns against this. 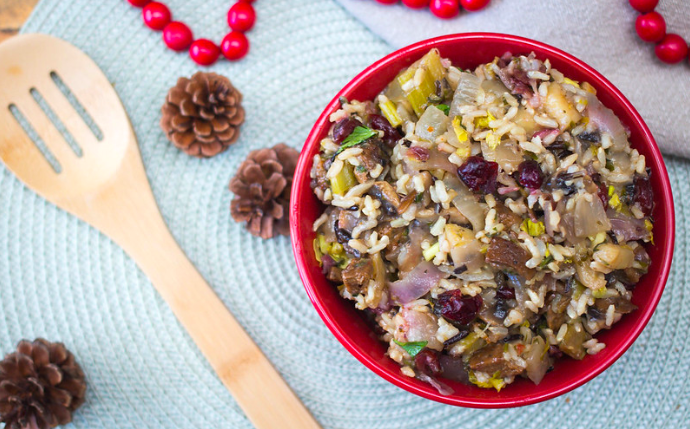 3. It Can Turn The Stuffing ‘Gummy’

Since the turkey juices seep into the bread while cooking inside the bird, the stuffing won’t dry out and will leave it super gummy.

4. You Can’t Marinate Turkey From The Inside Out

We all put carrots, onions, and celery on the bottom of the pan, but chef Alton Brown swears by adding a mixture of apple and onion slices, rosemary, sage, and cinnamon inside the bird’s cavity.