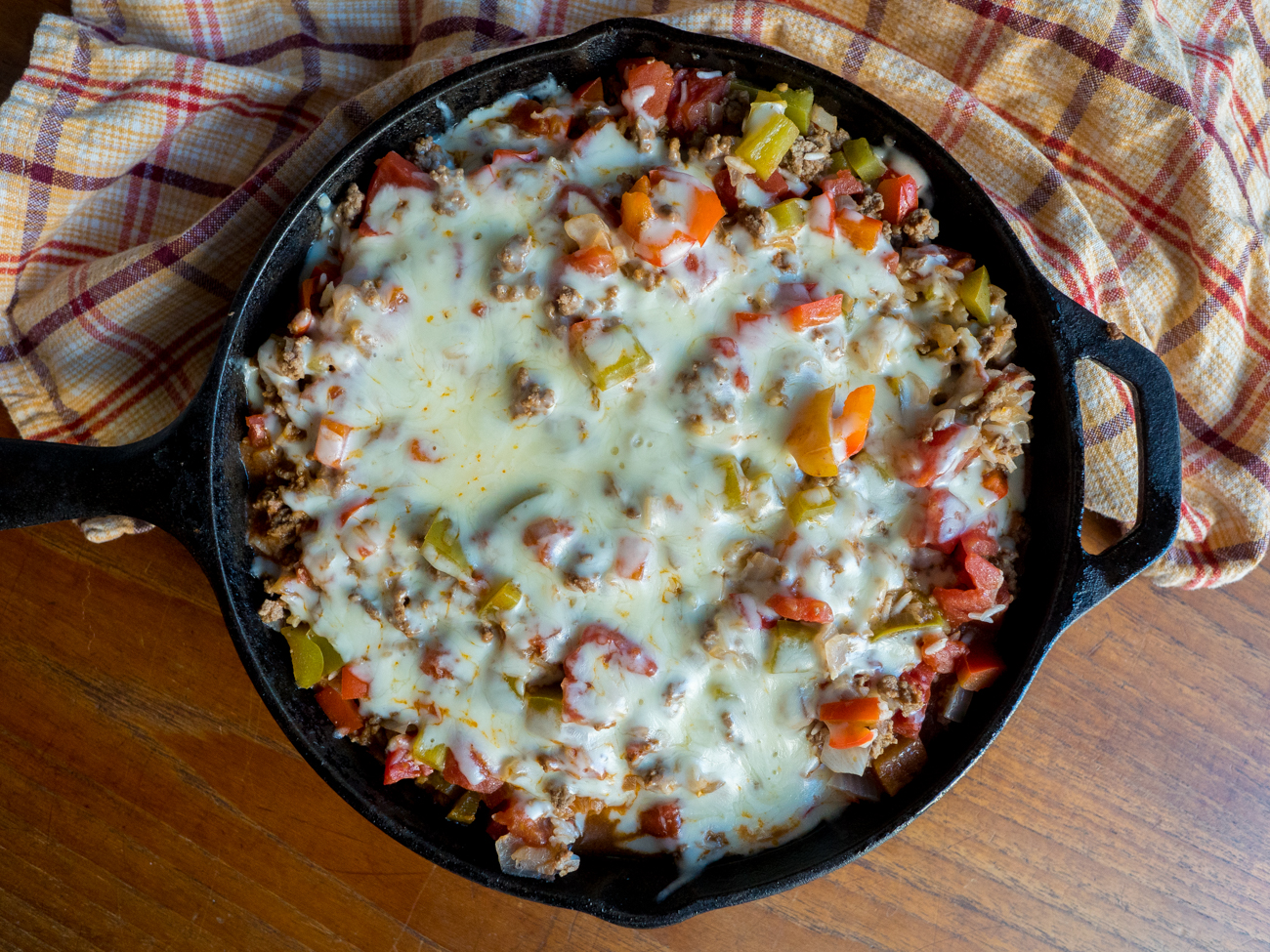 If you look at the ingredients of a stuffed pepper separately, it doesn’t seem all that exciting. A bell pepper, ground beef, some rice, some cheese… But somehow when you combine them, magic happens, and it becomes something much greater (and tastier) than the sum of its parts. Our Stuffed Pepper Skillet is no different – it has that same delicious synergy that a stuffed pepper does, but well, there’s no stuffing to be done. It’s a deconstructed version so you get that same signature flavor quickly and with very little effort. 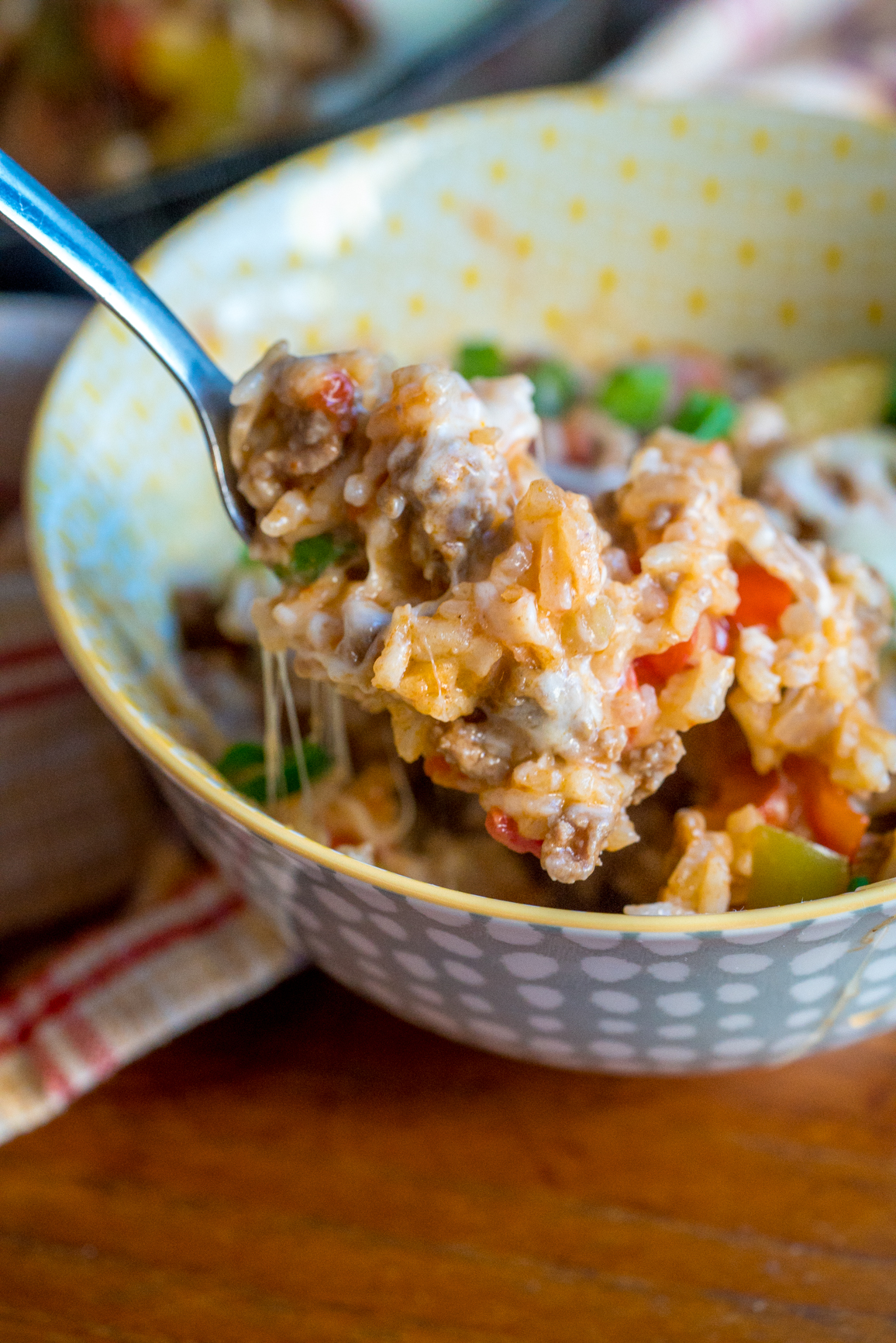 You start by browning some ground beef, onions, and chopped bell peppers in a skillet. (See, that’s already easier than scooping contents into a whole pepper, right?) 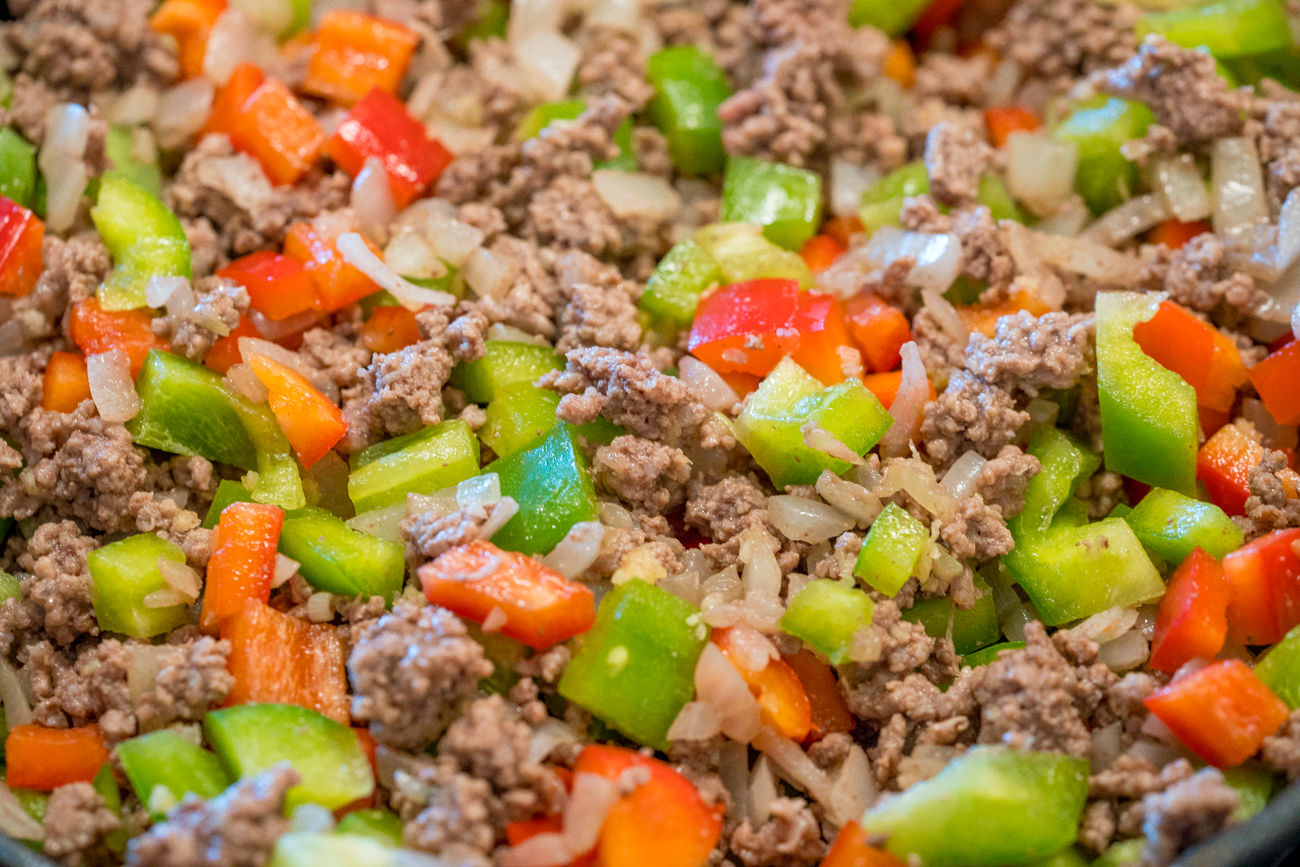 Then, you add the rice along with some tomato paste, diced tomatoes, and chicken broth. The rice simmers right in the skillet with everything else, which is great for two reasons – one, it absorbs some of the flavor from all the other ingredients, and two, you don’t have to dirty another pot or pan. 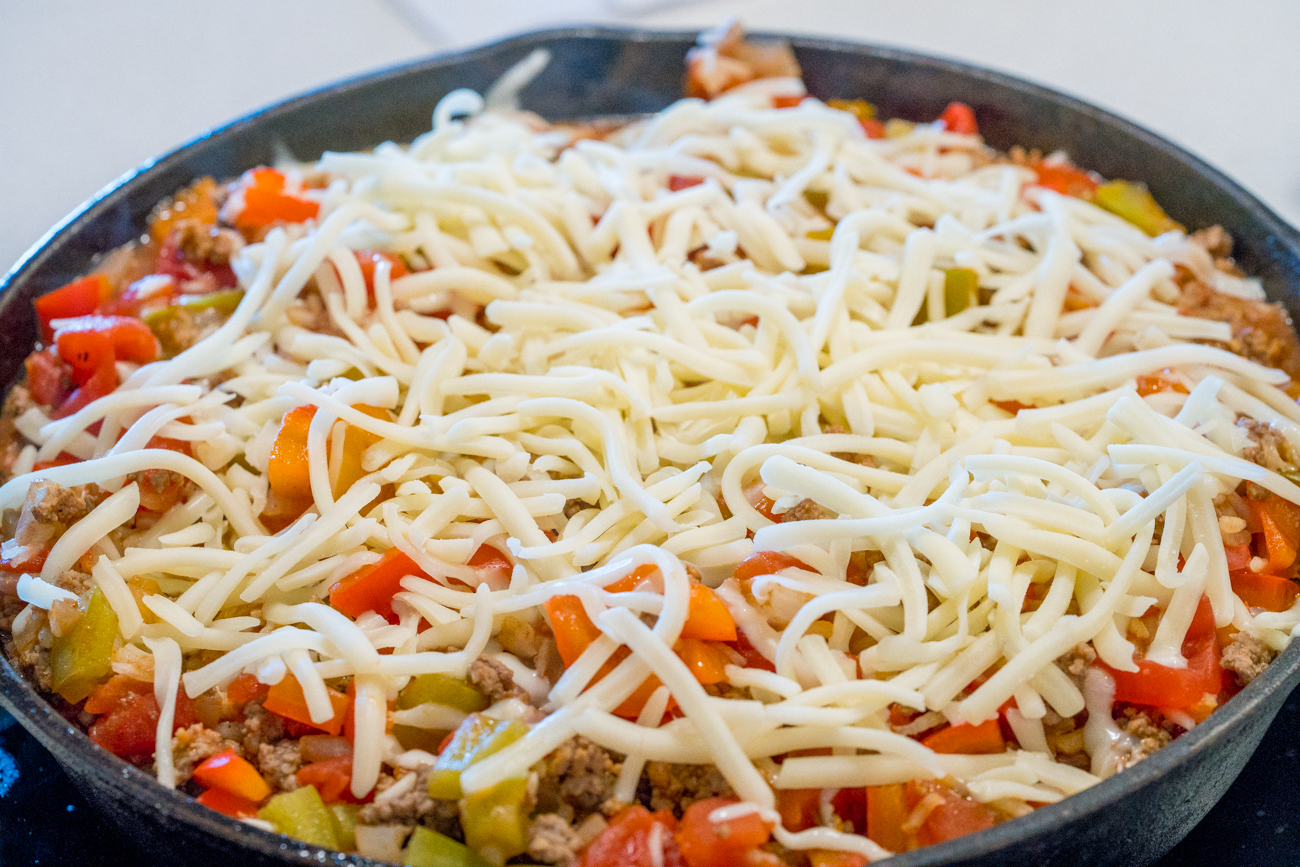 Once the rice is nice and tender, you cover the skillet with a generous sprinkling of Monterey jack and let it get nice and melty. 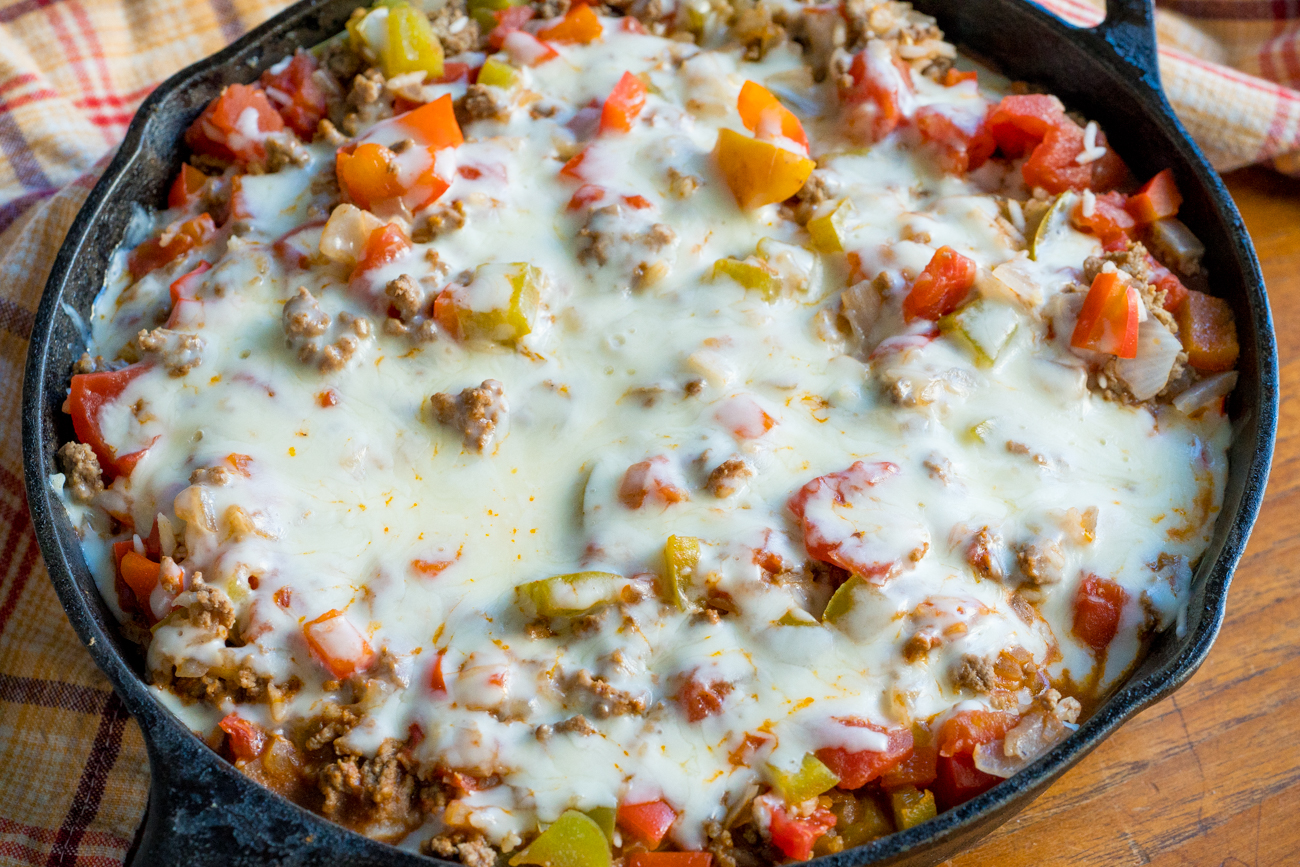 And that’s it, dinner is done! There’s no oven time needed, no filling to be done… just a quick, easy, and totally delicious meal out of one skillet. I don’t know about you, but that’s just the kind of weeknight meal I’m always on the lookout for. 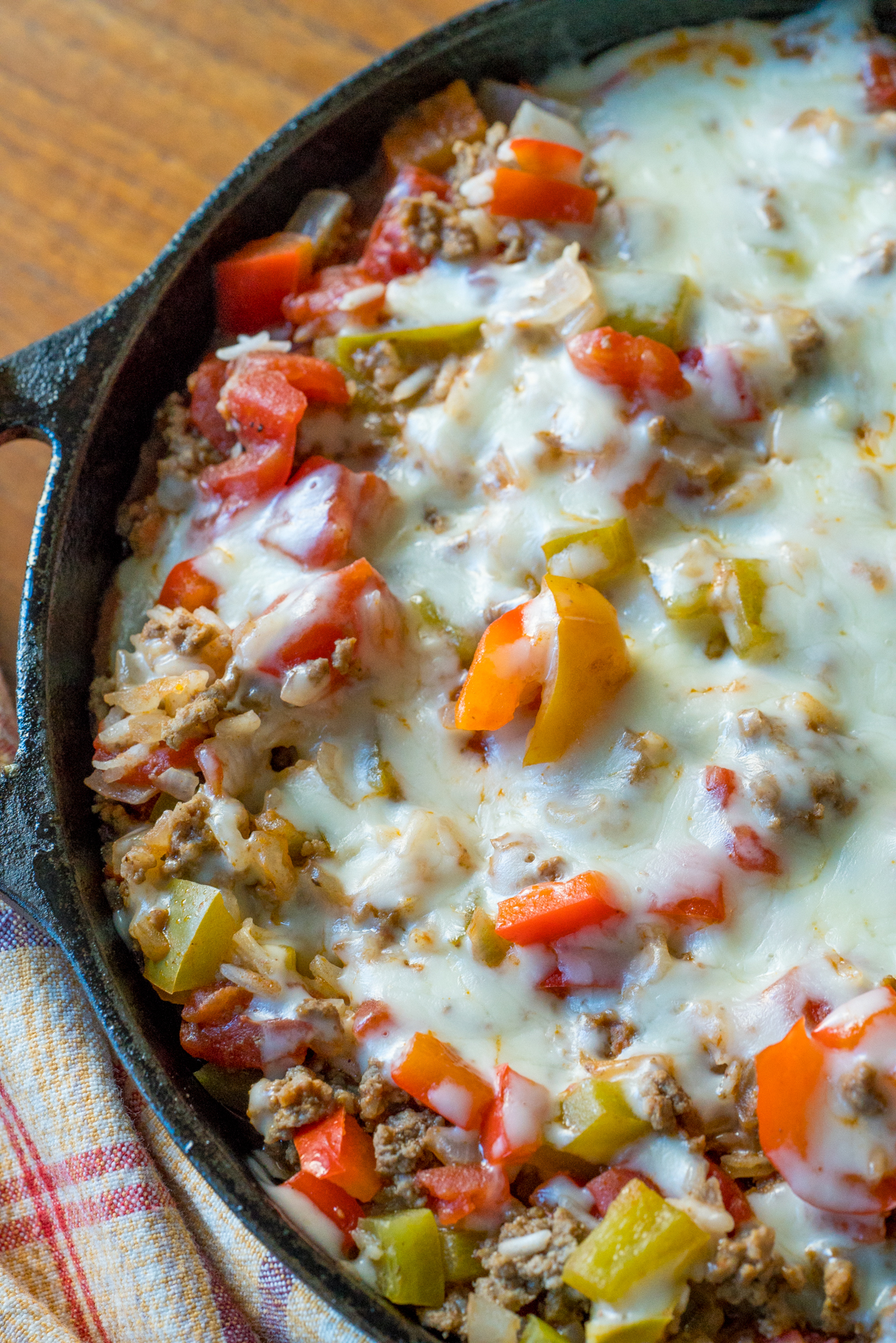 Recipe adapted from An Affair From The Heart.