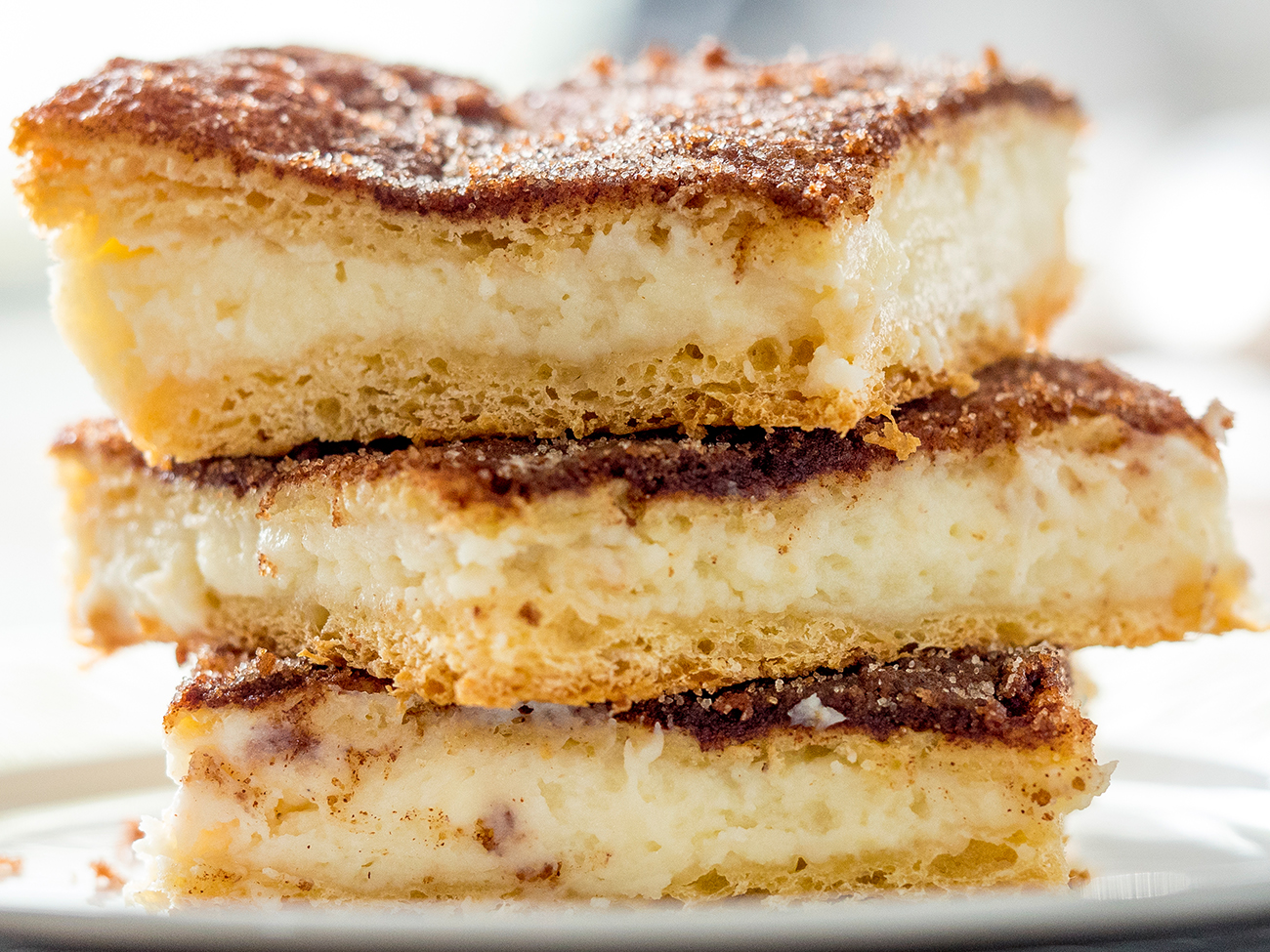 Dessert is always such a fun thing to experiment with, and we have no problem trying out new recipes and trying to come up with the best versions of anything we try. As you may already know, we’re pretty hooked on all things cheesecake over here, so we’ve done a fair amount of trial and error with any number of cheesecake-related desserts. Whether it’s bright and citrusy lemon cheesecake bars or rich, silky chocolate cheesecake pie, you can’t go wrong with a cream cheese-based dessert…which is how we knew ahead of time that these sopapilla cheesecake bars would be a smashing success! 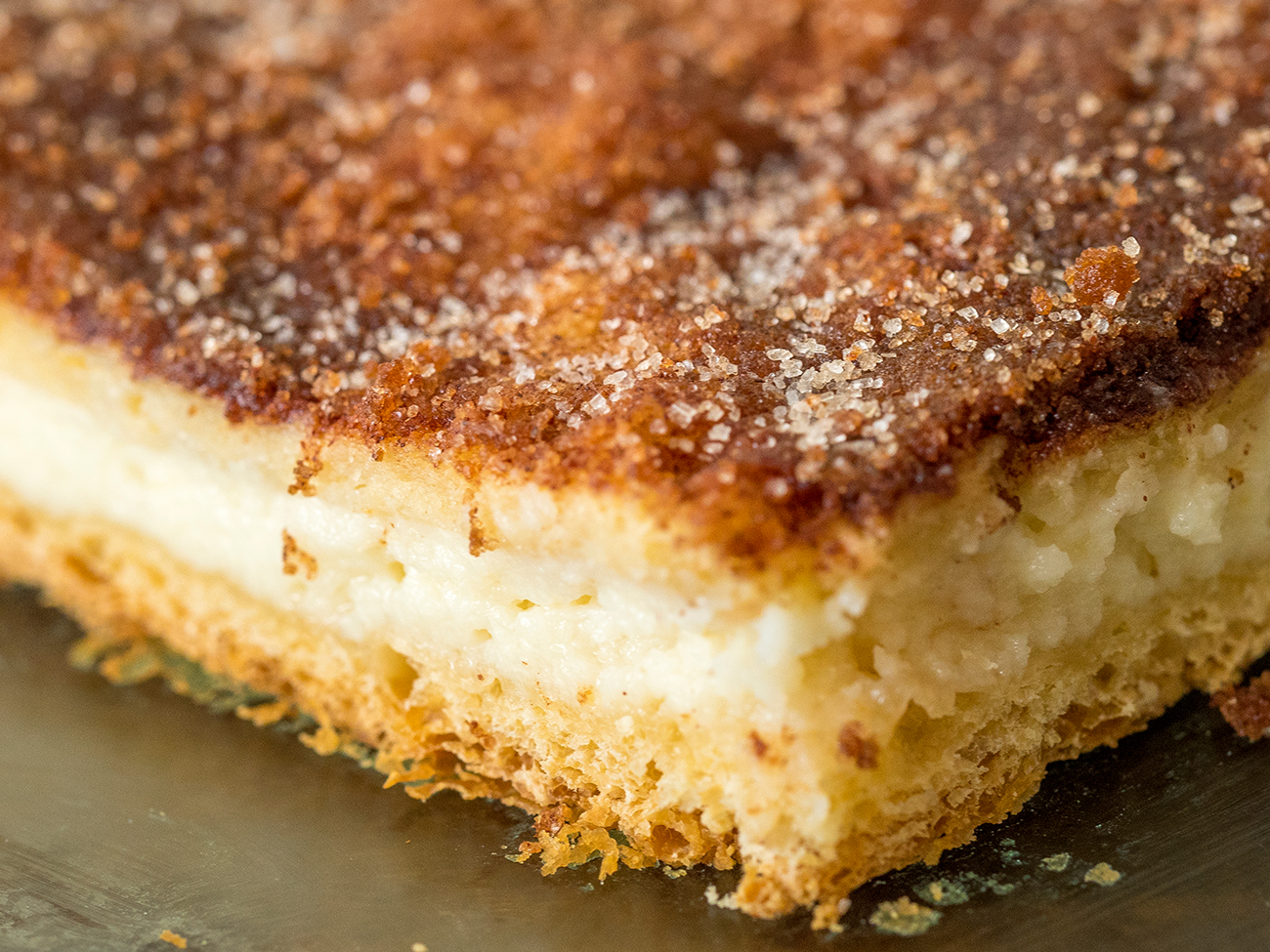 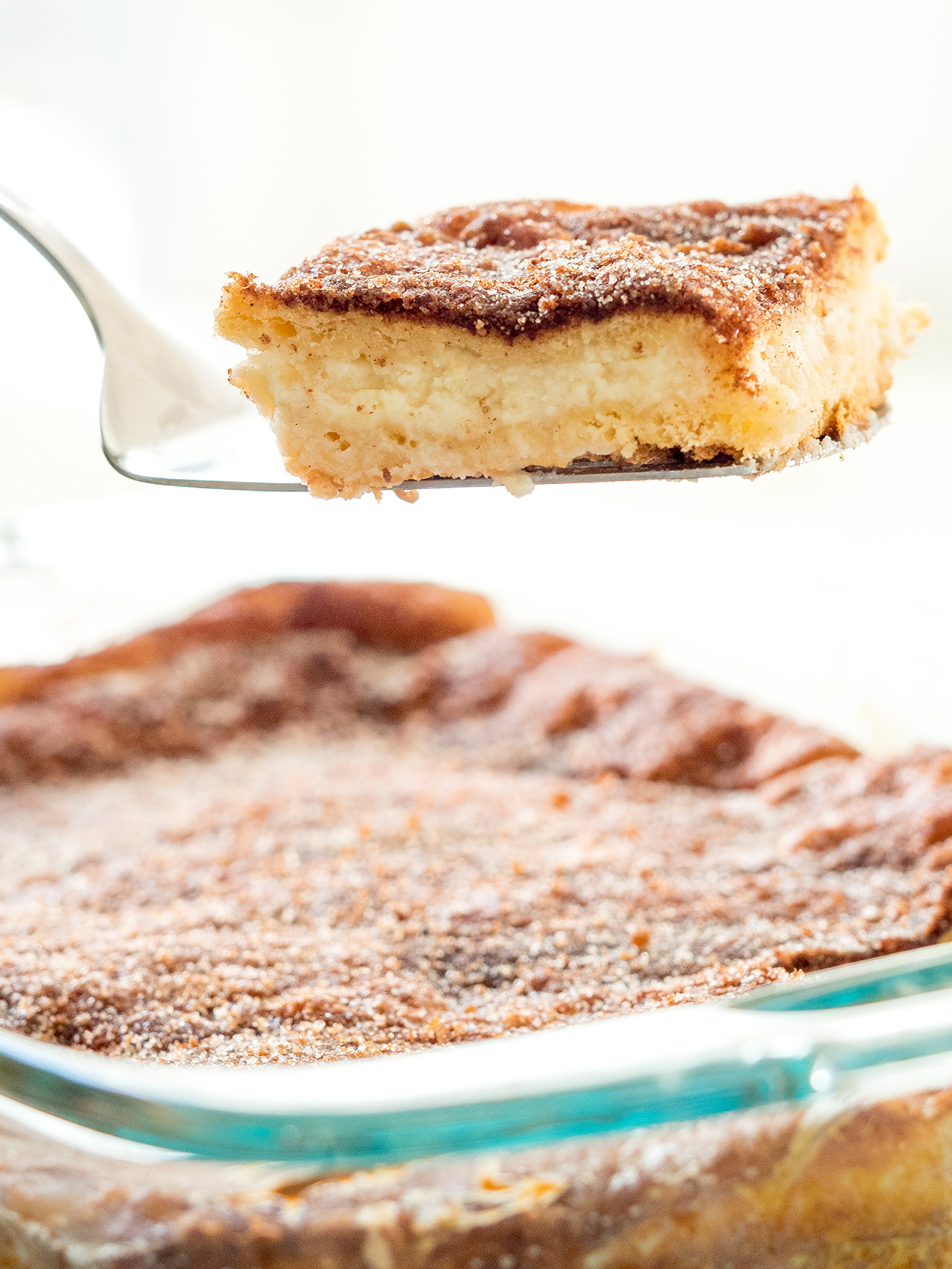 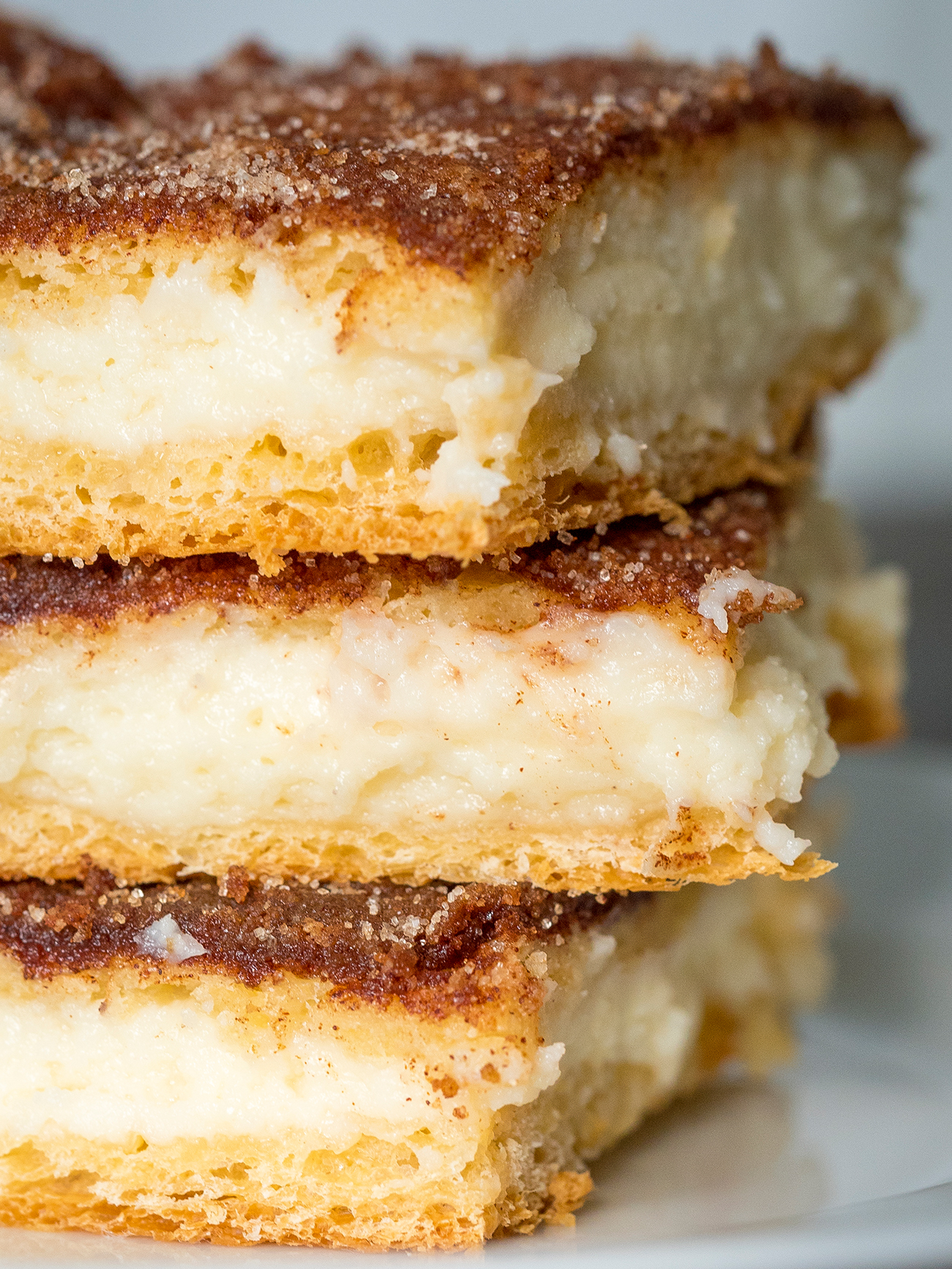 So, what exactly is a sopapilla you ask? Also known as a sopaipilla, this dish has roots in many Spanish countries, but it’s the New Mexican version of it that influenced our recipe today. New Mexican sopapillas are little fried pillows of dough that rise up after being fried and that are served with honey or cinnamon sugar. They’re light and airy, which means you can have a bunch of the without feeling full…which is usually what we do. Here though, we took crescent rolls as our dough, then made a creamy cheesecake filling, and topped everything off with a generous dusting of cinnamon sugar. The result is a decadent dessert bar that never fails to hit the spot! 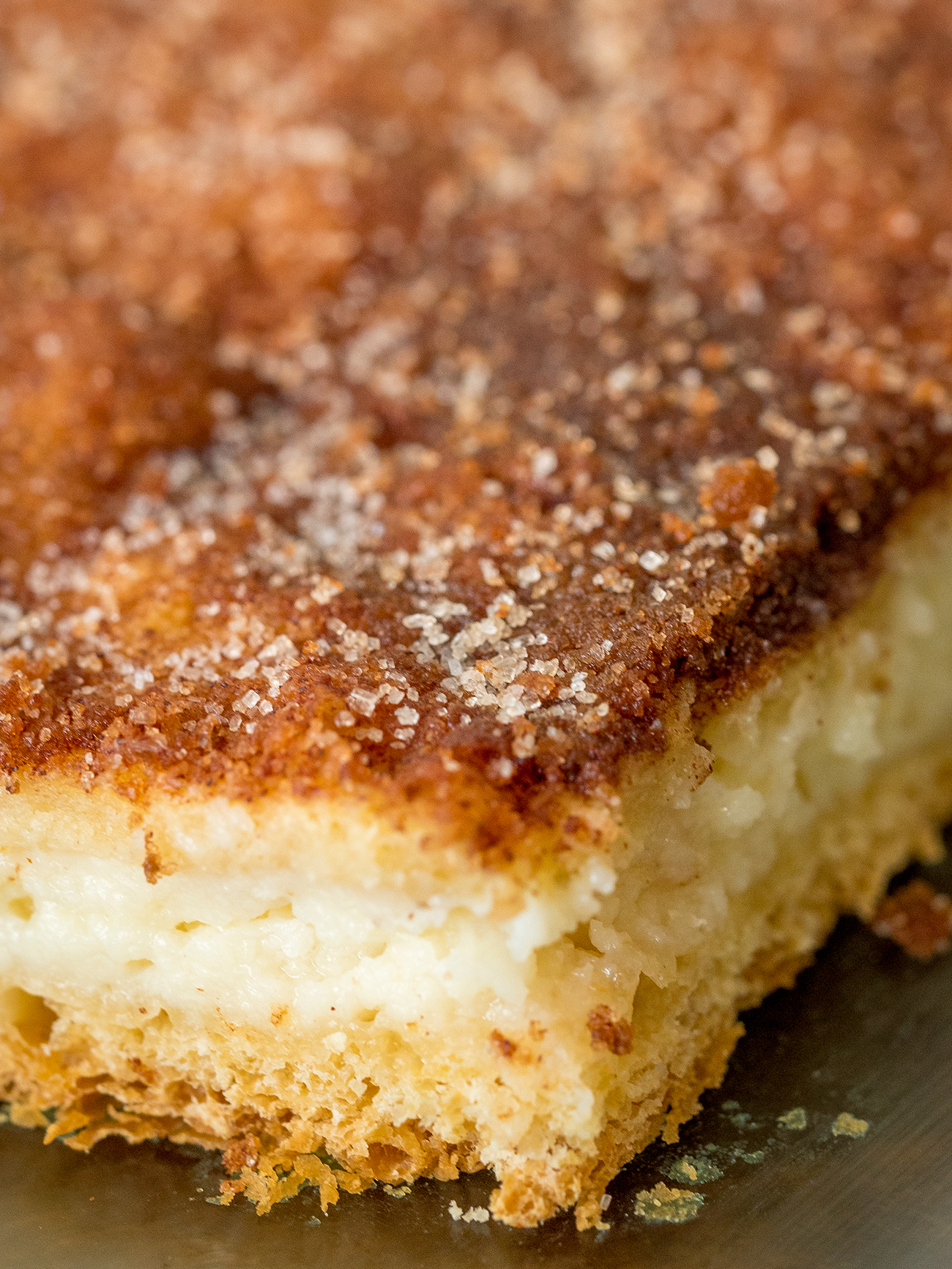 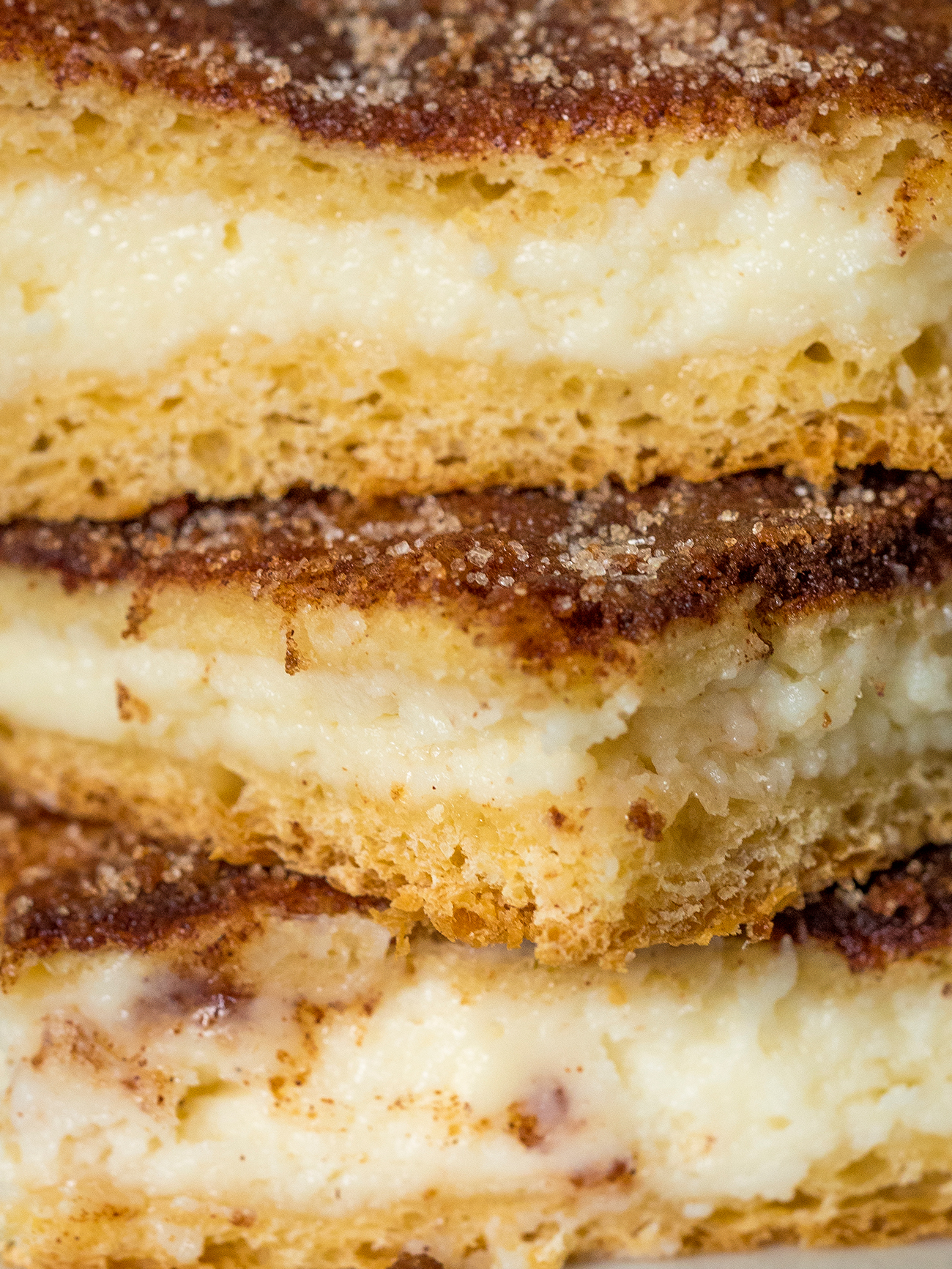