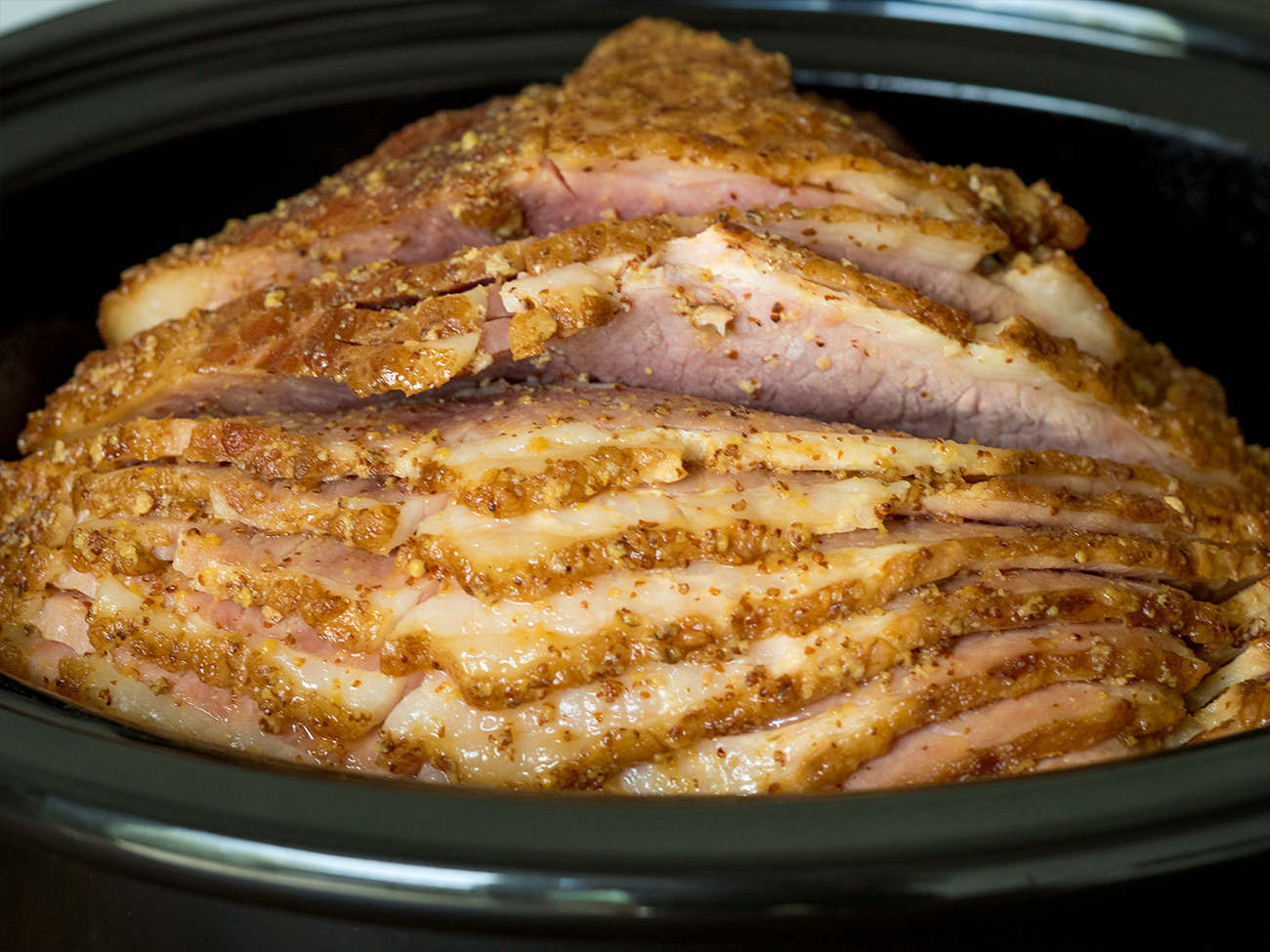 A spiral ham brings back memories from many a family gathering. One of the best parts of a spiral ham is that it feeds an army, and there’s usually plenty of leftovers. As much as we look forward to those dishes made with leftover ham, it’s the original ham itself that first wins everyone’s hearts. Typically a spiral ham is baked in the oven over several hours and either served on its own or with a glaze. Nothing beats a warm ham fresh out of the oven and served up to our guests. But would you believe the same moist and delicious ham can be done in the slow cooker? I was skeptical at first, but once I saw the results, my doubts disappeared. Our slow cooker spiral ham is just about as delicious as they come. Want to know more? Keep reading…. 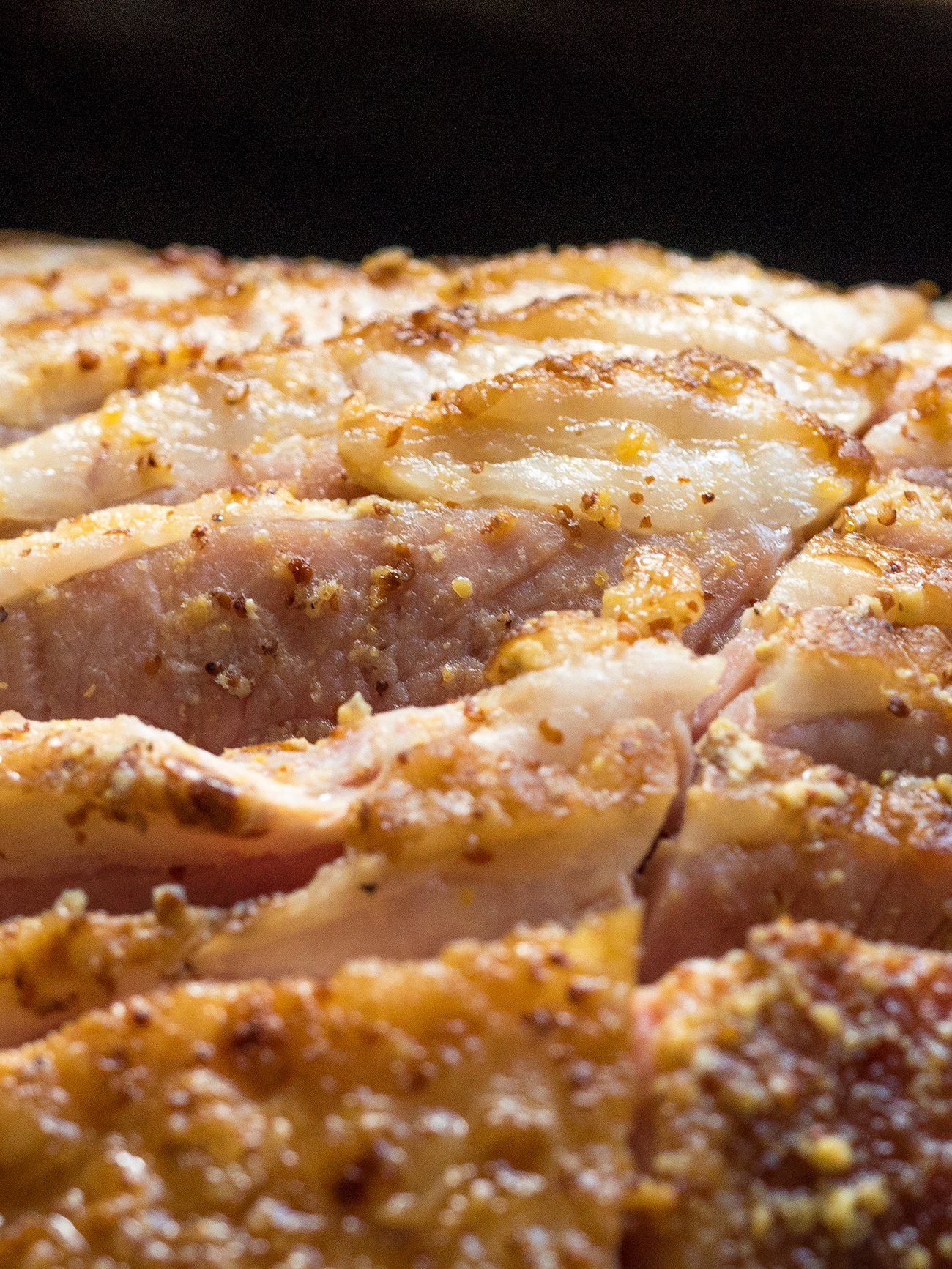 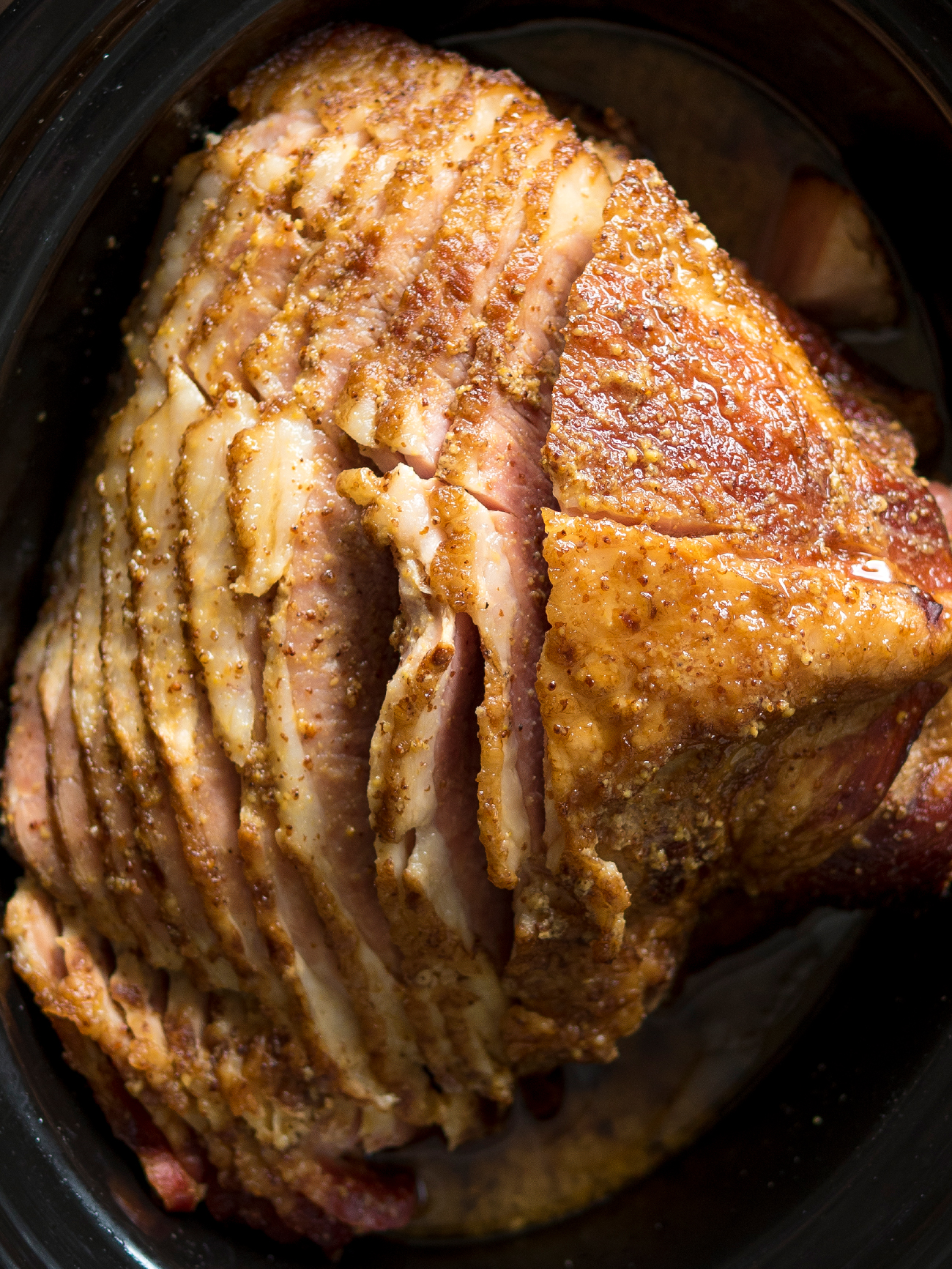 Using the slow cooker does determine the size of your ham; you’ll want to select a ham that will work with what you have, and don’t forget to account for completely closing the lid. Other than these considerations, the slow cooker ham is definitely going to become one we use again and again. Not only was the meat tender, but the honey mustard glaze added a sweet savoriness and wonderful aroma that proved to be absolutely irresistible. We all know the power and magic of a slow cooker; it’s not just for soups and stews! 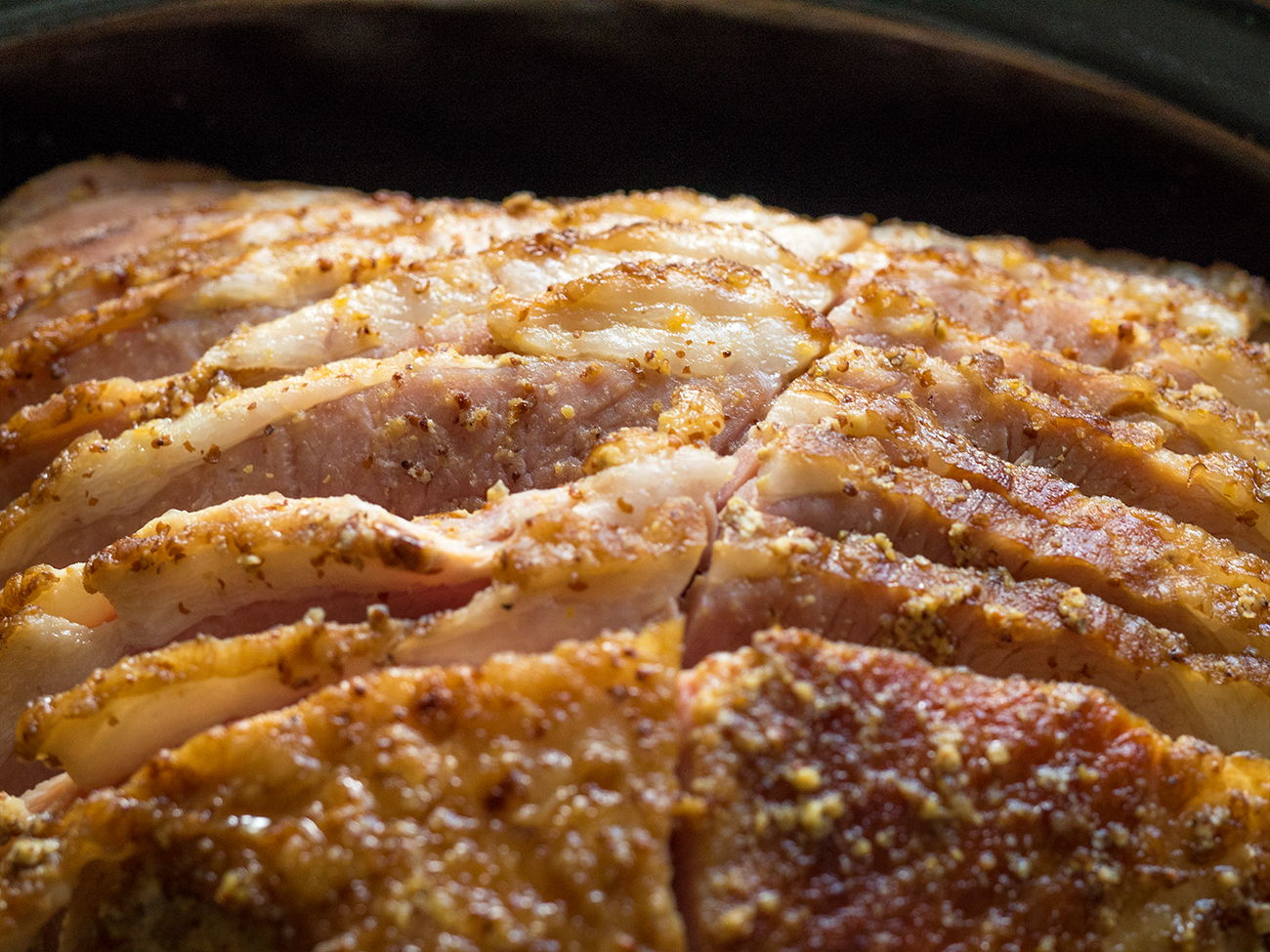 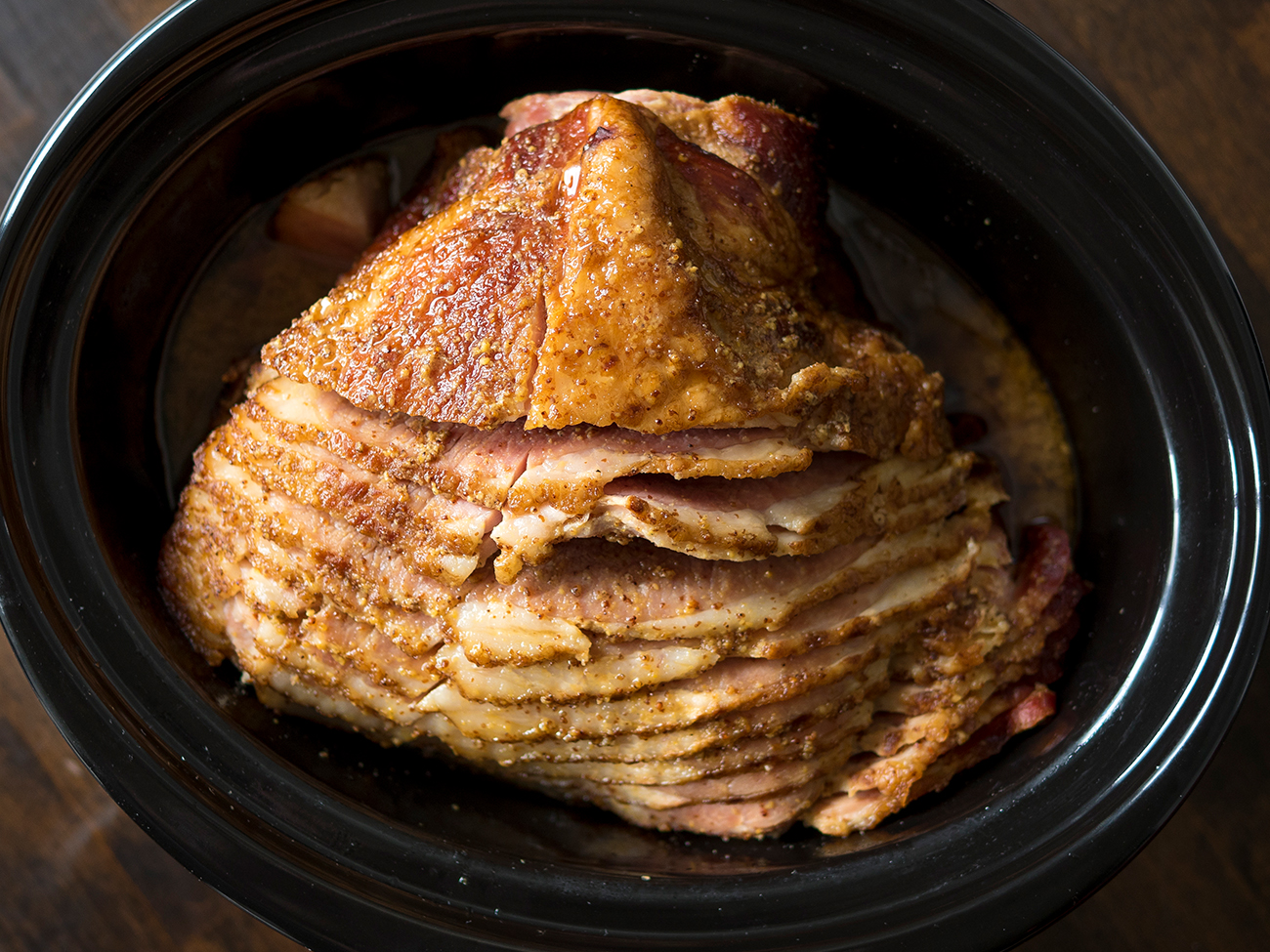 The slow cooker practically guarantees a meal to be tender and juicy. All that’s left to do is to transfer the ham to a serving platter, which we like to decorate with herbs just to make everything look pretty. We’re forever amazed at what the slow cooker can do, and here’s yet another recipe to bowl us over. No more basting or babysitting a spiral ham in the oven; our slow cooker lets us set-it-and-forget-it. Now we can focus on side dishes and on socializing with family and friends.

Recipe adapted from The Kitchn