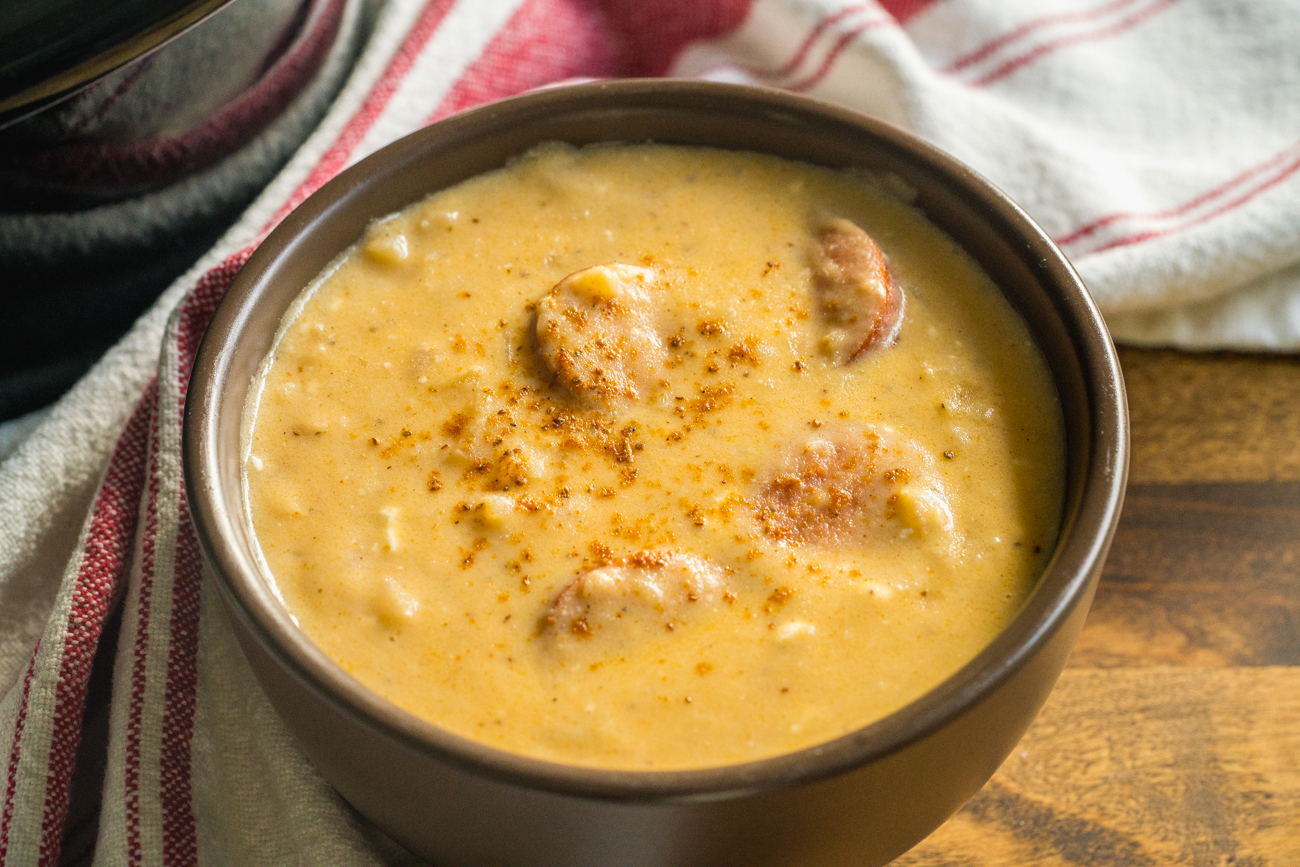 It’s been a while since we brought you a delicious(ly easy) slow cooker recipe and it was high-time we changed that. While it’s simple enough to throw a bunch of ingredients in the trusty slow cooker and call it a day, it takes a bit more finesse to make a dish that tastes amazing and that you actually can’t wait to eat. Once we’ve made it and get requests for it multiple times a week after that, we know we’re onto something good…like this Cajun potato soup! 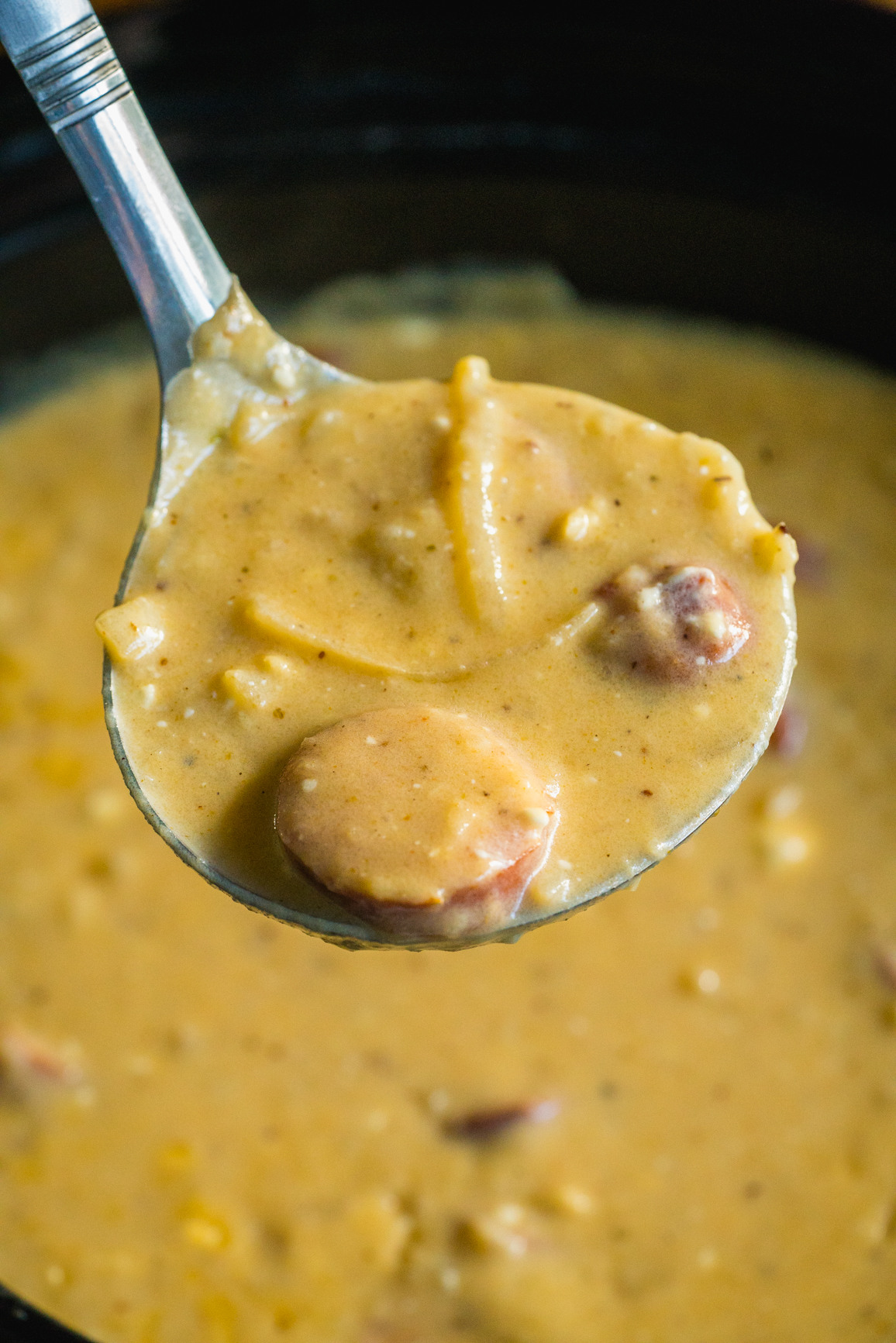 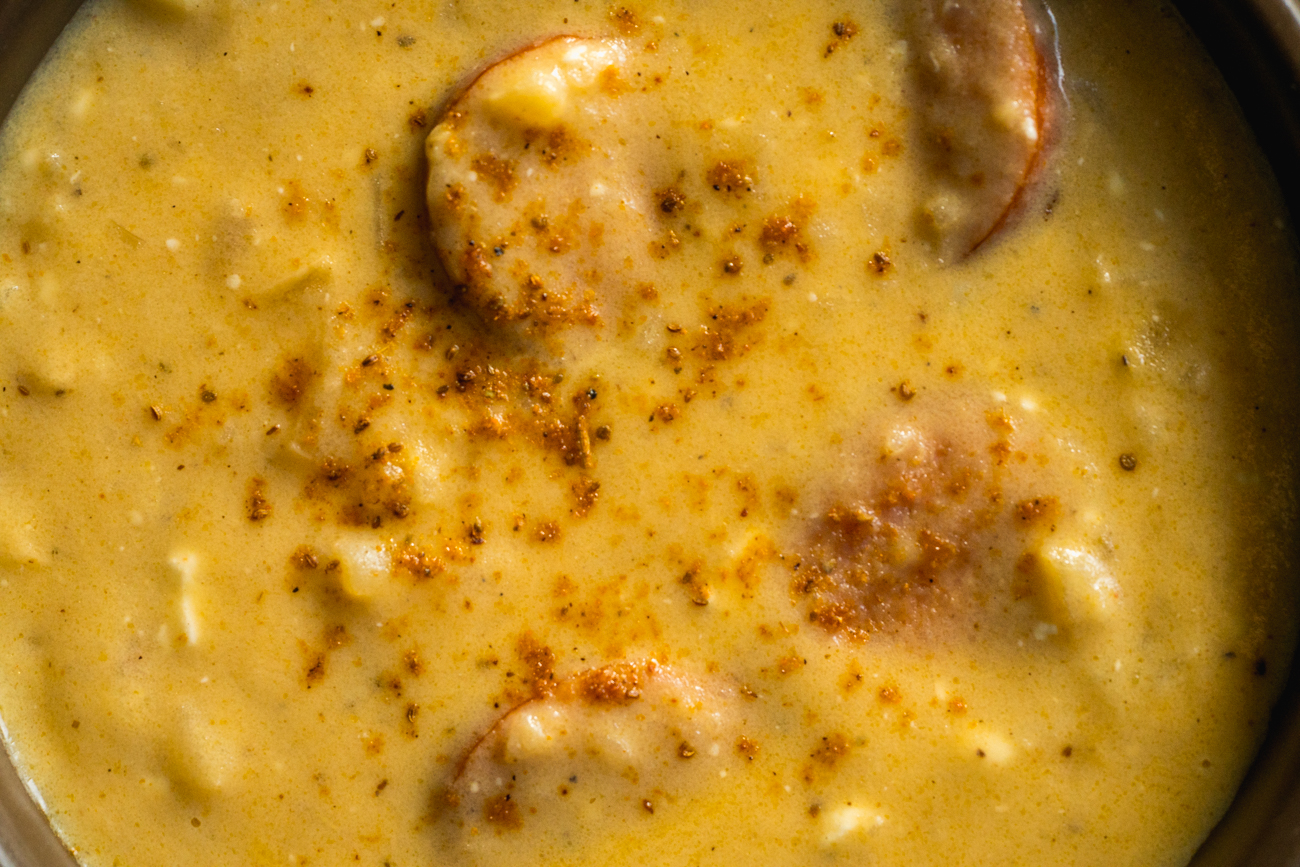 We’ve got a tried-and-true slow cooker potato soup that we’ve made time and again, but adding a Cajun twist really hit the spot and made us wonder why we didn’t try it sooner. The heart of this soup is the hash brown potatoes and the andouille sausage, made deliciously creamy with the addition of cheddar cheese, cream cheese and cream of chicken soup. Thanks mainly to andouille sausage and Old Bay, we got the Cajun flavor we were aiming for which ties the whole dish together. Trust us, this is ridiculously yummy – no one will believe you made it in the slow cooker. 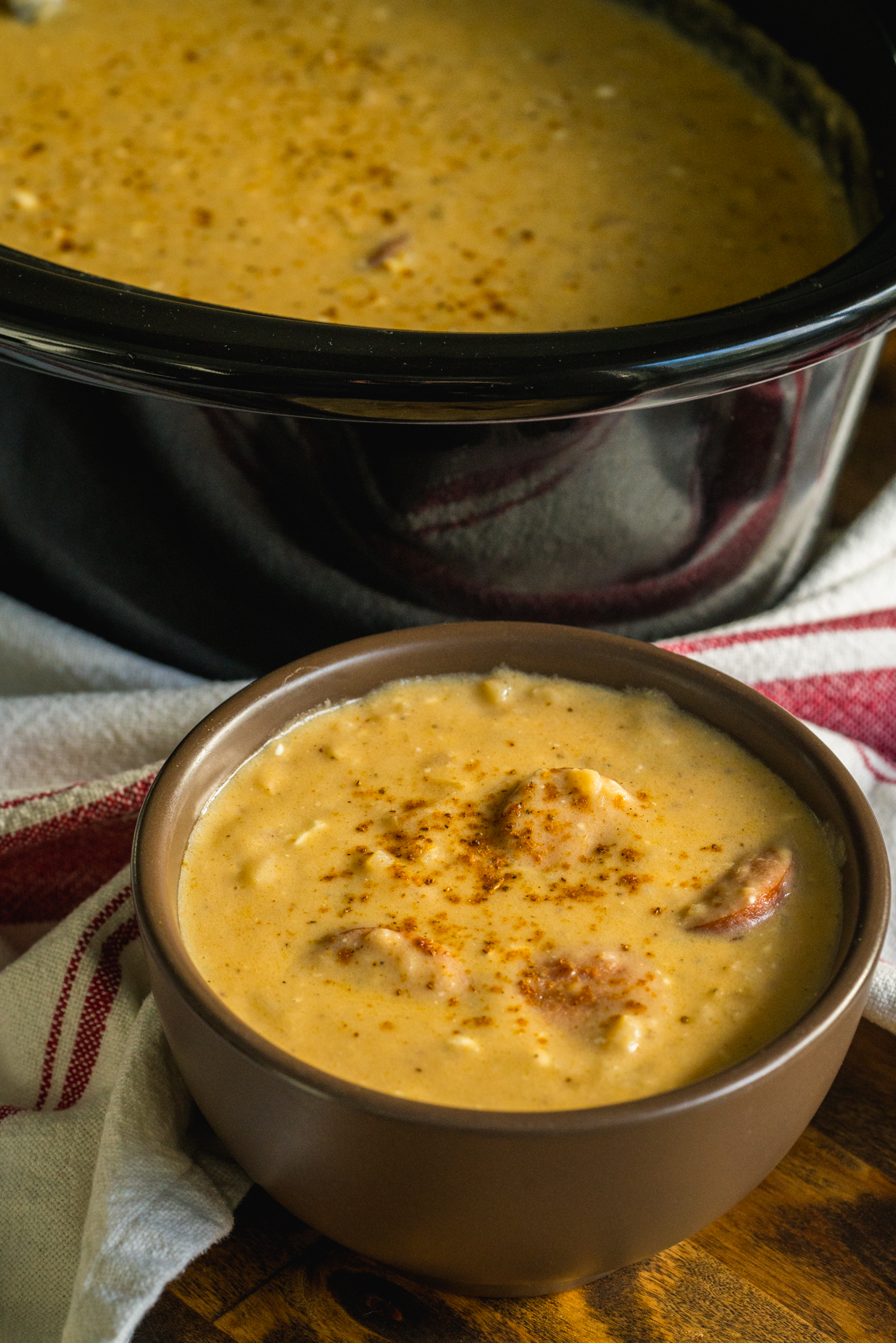 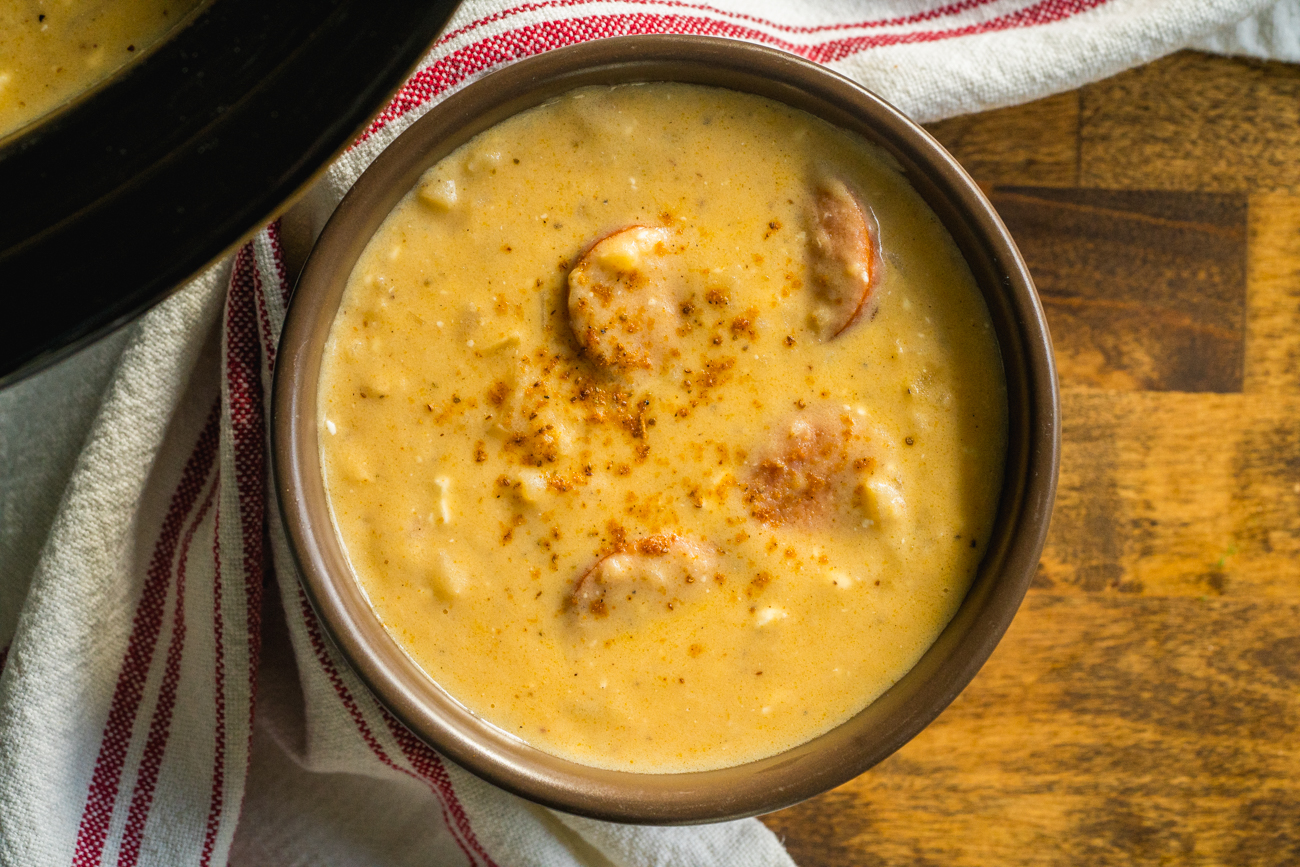 While this is an optional step, we thinking sautéeing the onion and browning the sausage before they go into the slow cooker makes a pretty big difference. You get a sweetness from the onions that you wouldn’t have if they went in raw, plus browning the sausage gives way more depth of flavor to the whole thing; you don’t want to skip this first step if you can help it. After that, it’s just a matter of whisking together your liquids (chicken broth and cream of chicken soup) and putting everything except the cream cheese and cheddar cheese in the slow cooker – those go in at the end and just need a couple minutes to melt into the soup until it’s totally smooth. You won’t be disappointed by this thick, creamy soup; it’s flavorful and filling and will have everyone raving about it! 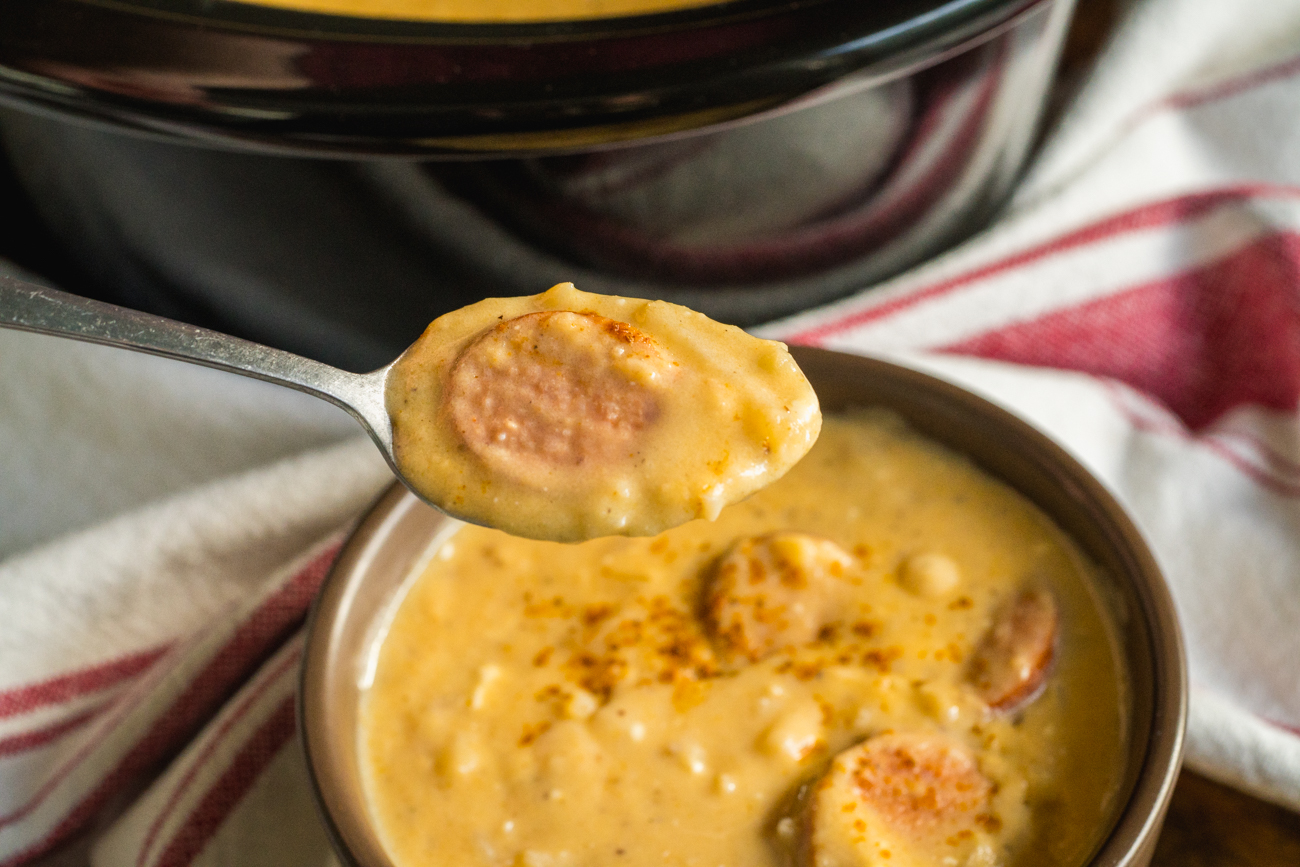