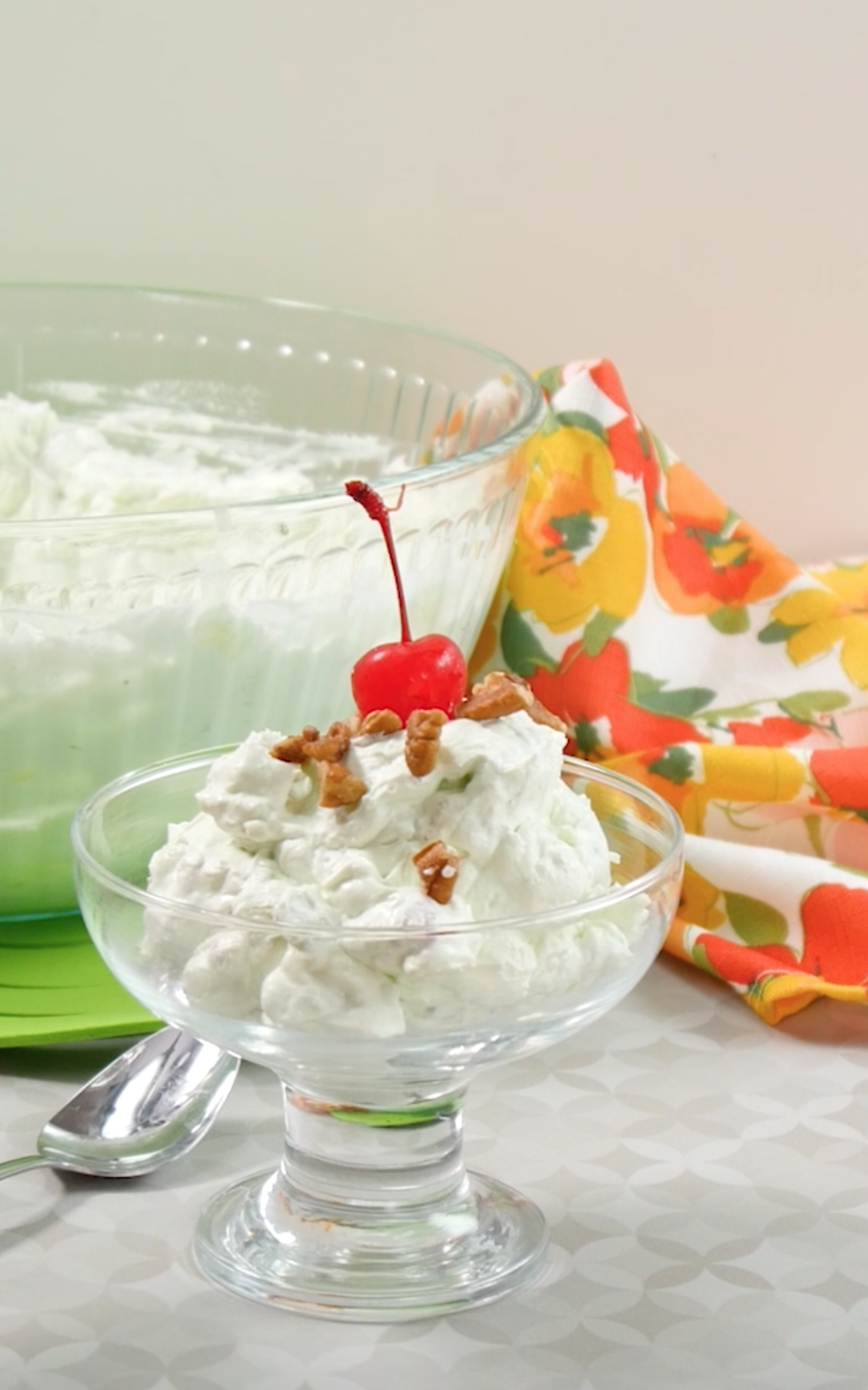 Watergate Salad is part of a group of recipes from yesteryear that relies on the convenience of “instant” food. It hails from an era where “salads” were often molded and jiggly and cream of mushroom soup was a mainstay in many recipes. Some things are best left in the past… and yet, apart from all those others, this salad has certainly stood the test of time. It’s still popular in many households today. 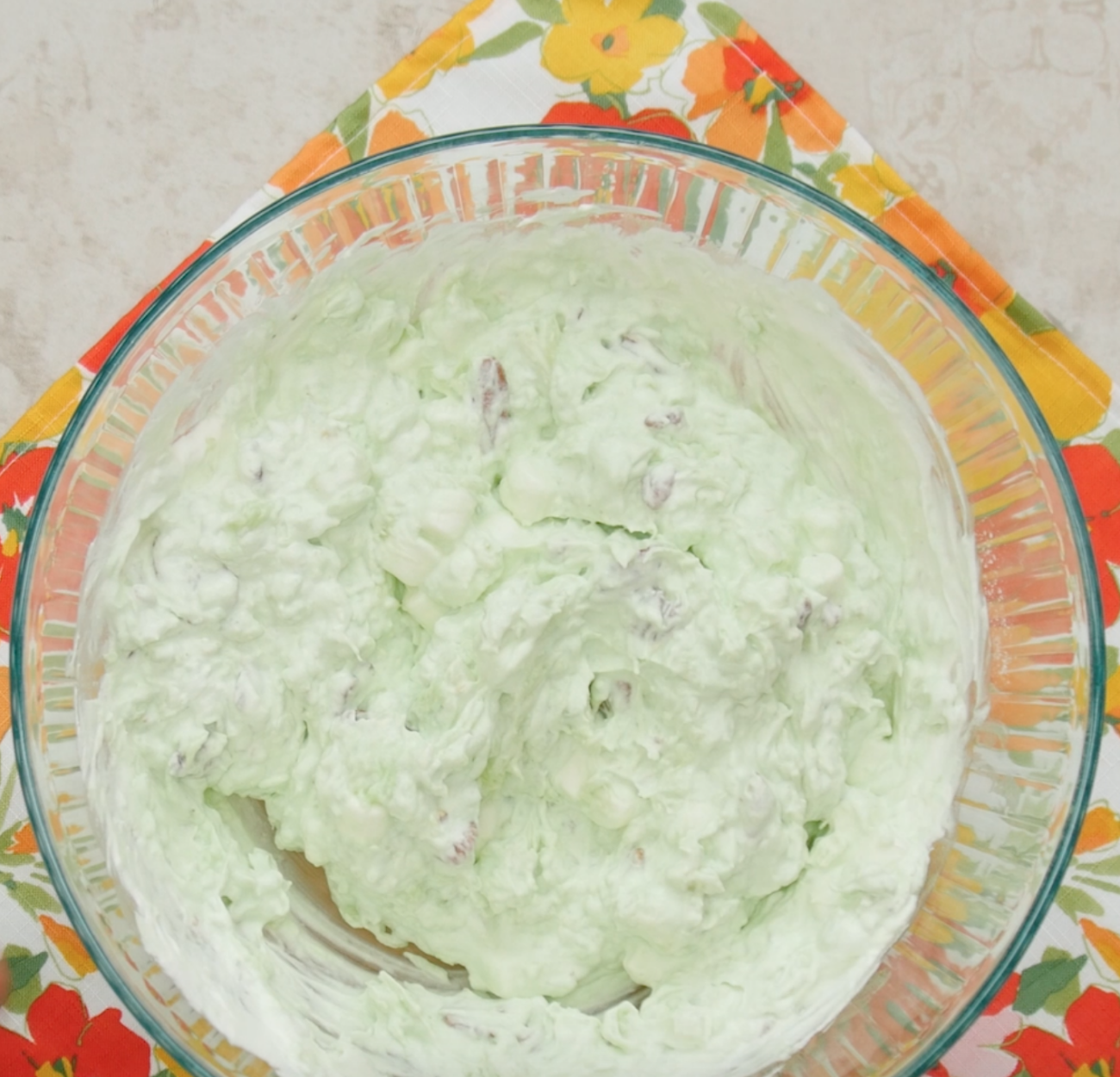 With its pale green hue and lumpy appearance, it isn’t the prettiest dish around, but it sure is tasty. And it couldn’t be easier to make. It’s just a quick mixture of pistachio pudding, pecans, marshmallows, whipped topping, and crushed pineapple that you set to chill in the fridge. It’s crunchy and soft, sweet and a little tart, cool and creamy and chewy. 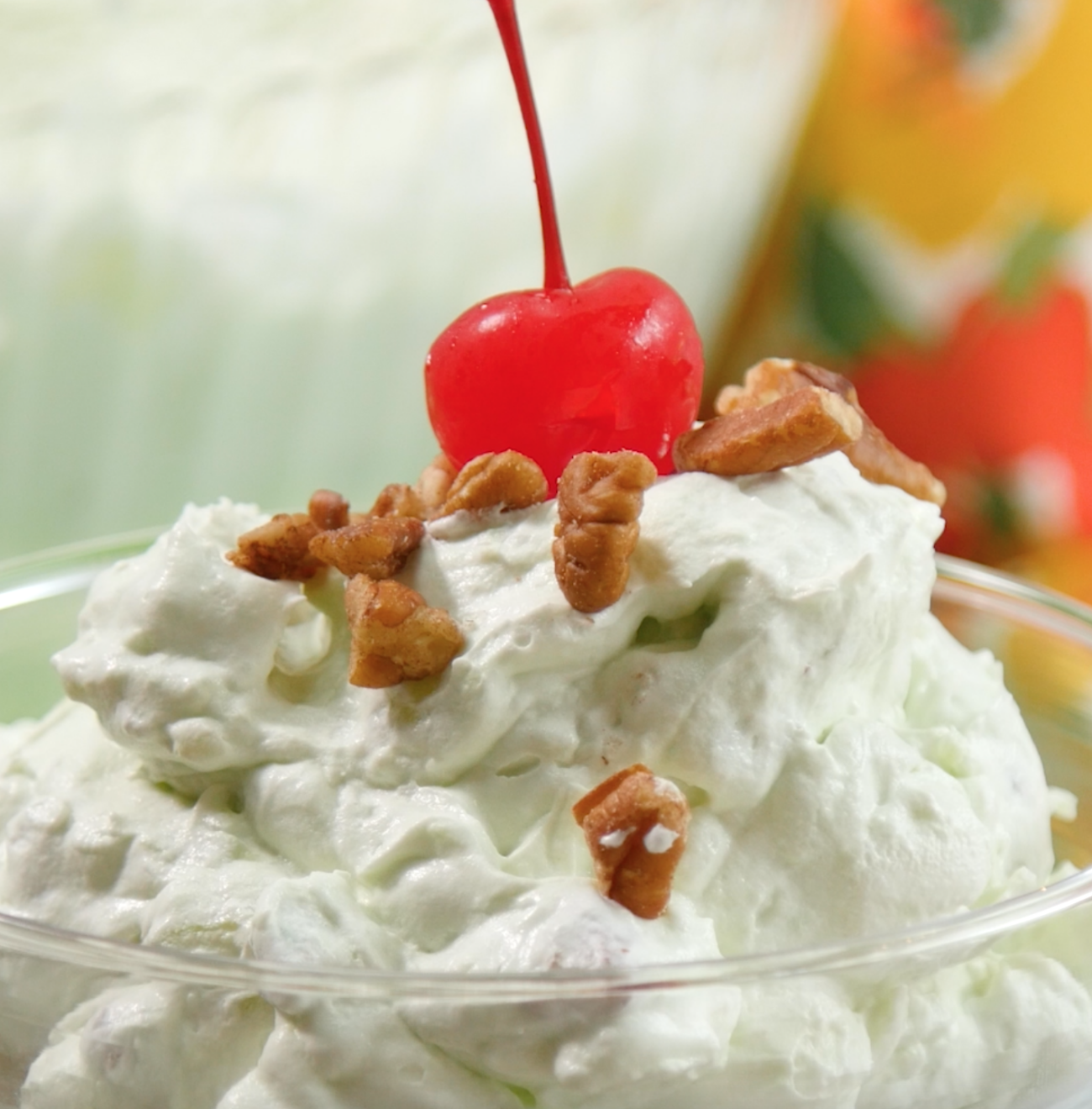 Kraft first published the recipe in 1975 as Pistachio Pineapple Delight in an effort to promote its new pistachio-flavored instant pudding mix. At some point, a Chicago news editor published it under a different name – Watergate Salad – and the connection to the scandal stuck. Kraft eventually had to rename it after so many consumers requested the recipe under the different name. Who knows if it’s because of the connection to the scandal or the unique taste of this salad, but it’s definitely here to stay!