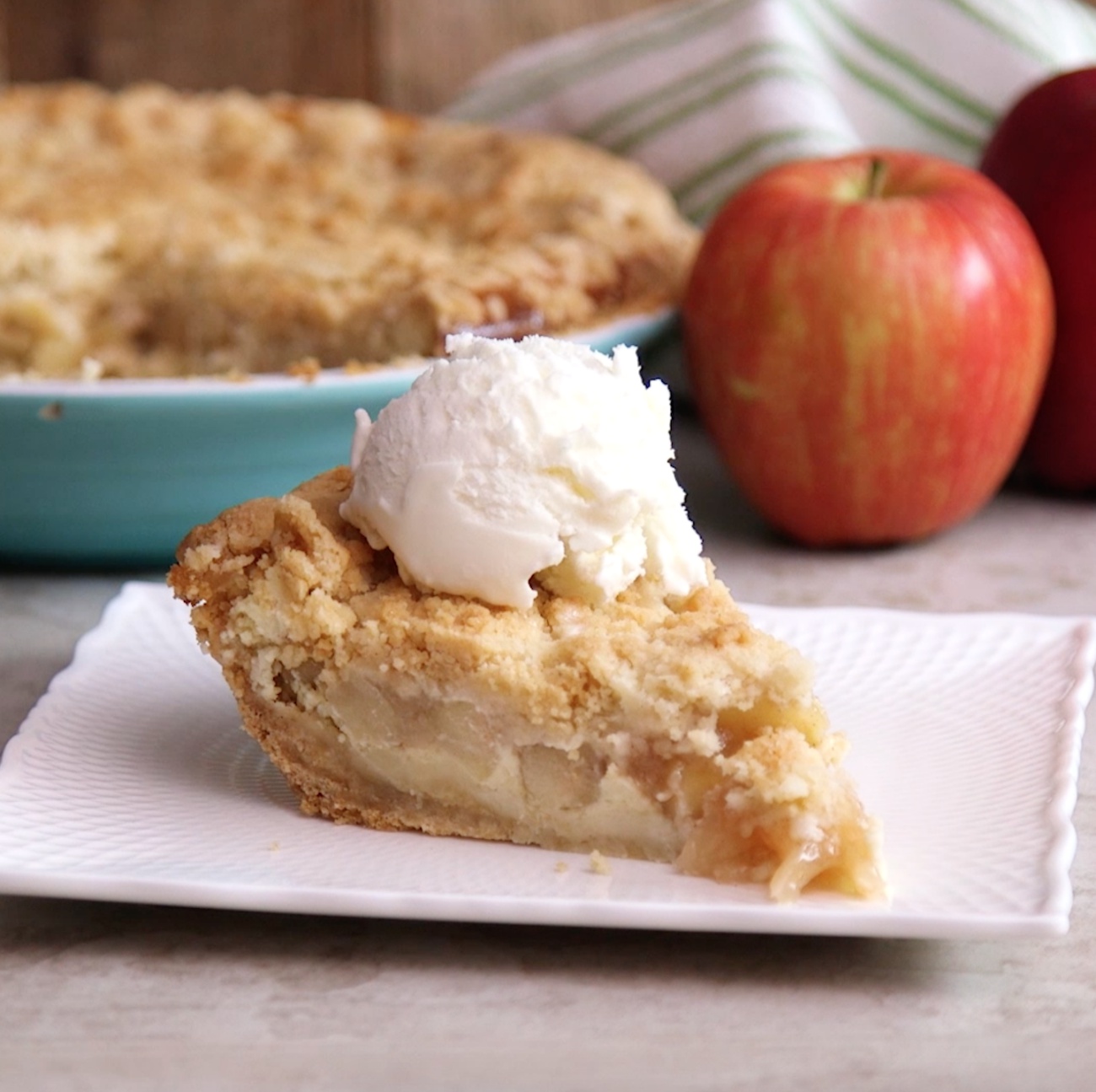 Snickerdoodle Cheesecake Apple Pie. It may seem like there is a whole lot going on there, but don’t let that scare you away. Really, it’s just a dish that has all the dessert bases covered. And what’s not to like about that? The crust is made with subtly cinnamon-flavored snickerdoodle crumbs and that’s topped with a layer of rich and creamy cheesecake and spiced apple pie filling. Each flavor enhances the last for a layered and luscious dessert that is really hard to beat. 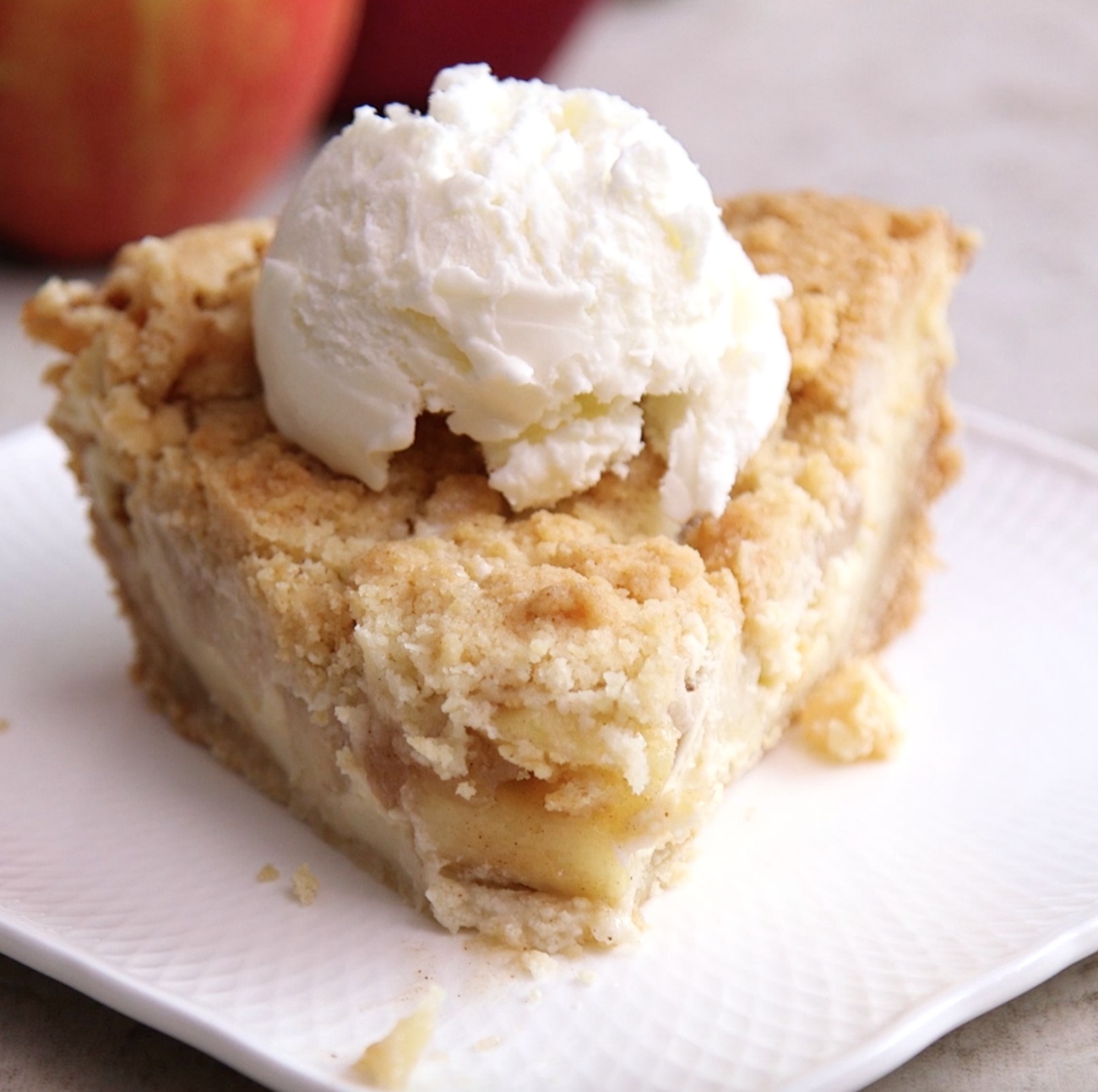 The crust couldn’t be easier to make! No rolling pins needed. It’s comprised of a packaged Snickerdoodle cookie mix and some butter and then pressed into a pie pan. And oh my, it’s so good we might end up using it with everything.

The second layer is a quick cheesecake filling which adds such a wonderful creamy component to the baked apples. The whole thing has the subtle spice of cinnamon and it’s just perfect topped with a cool scoop of vanilla ice cream. Traditional apple pie certainly has its place, but this version is pretty hard to resist. 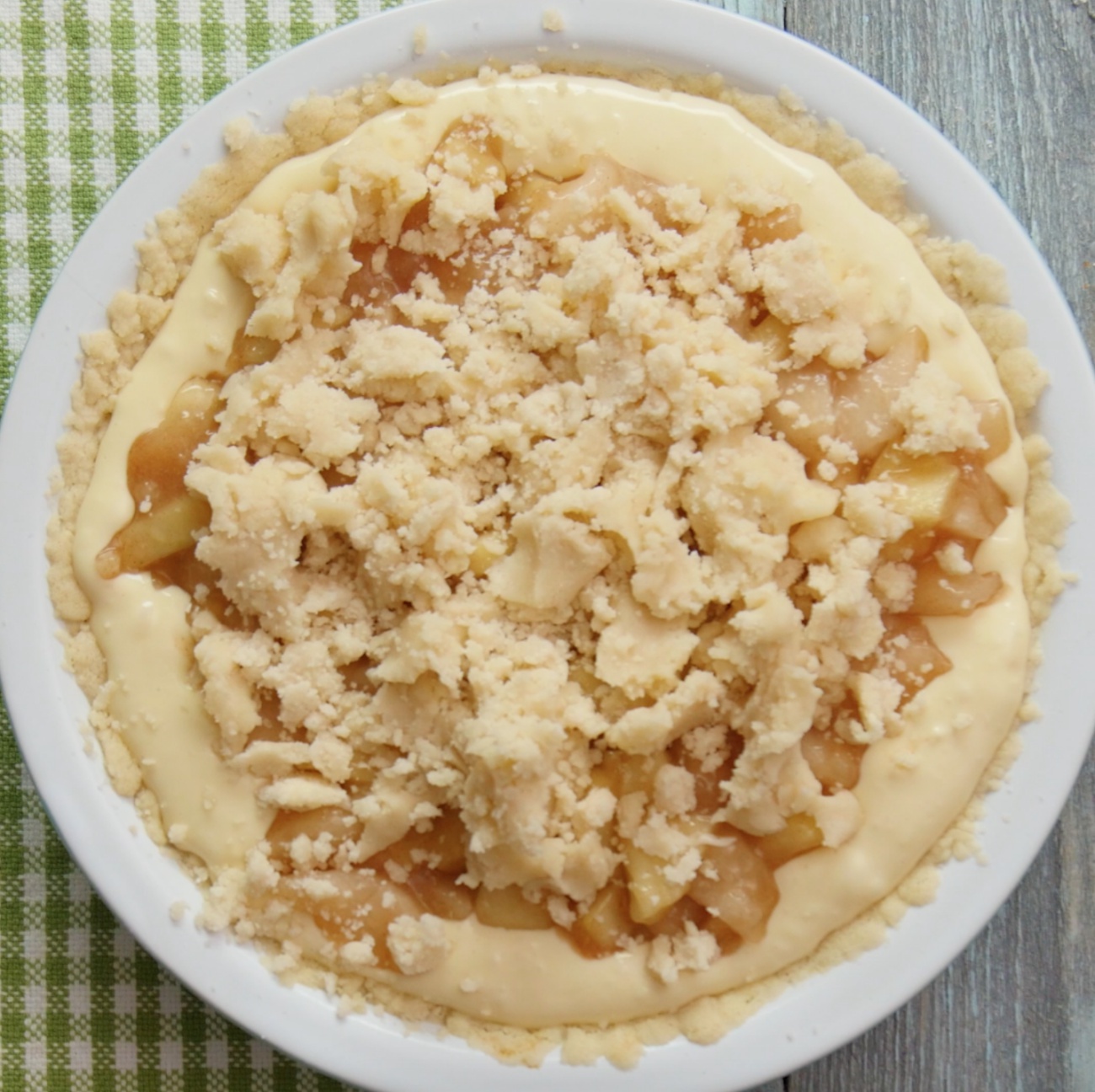