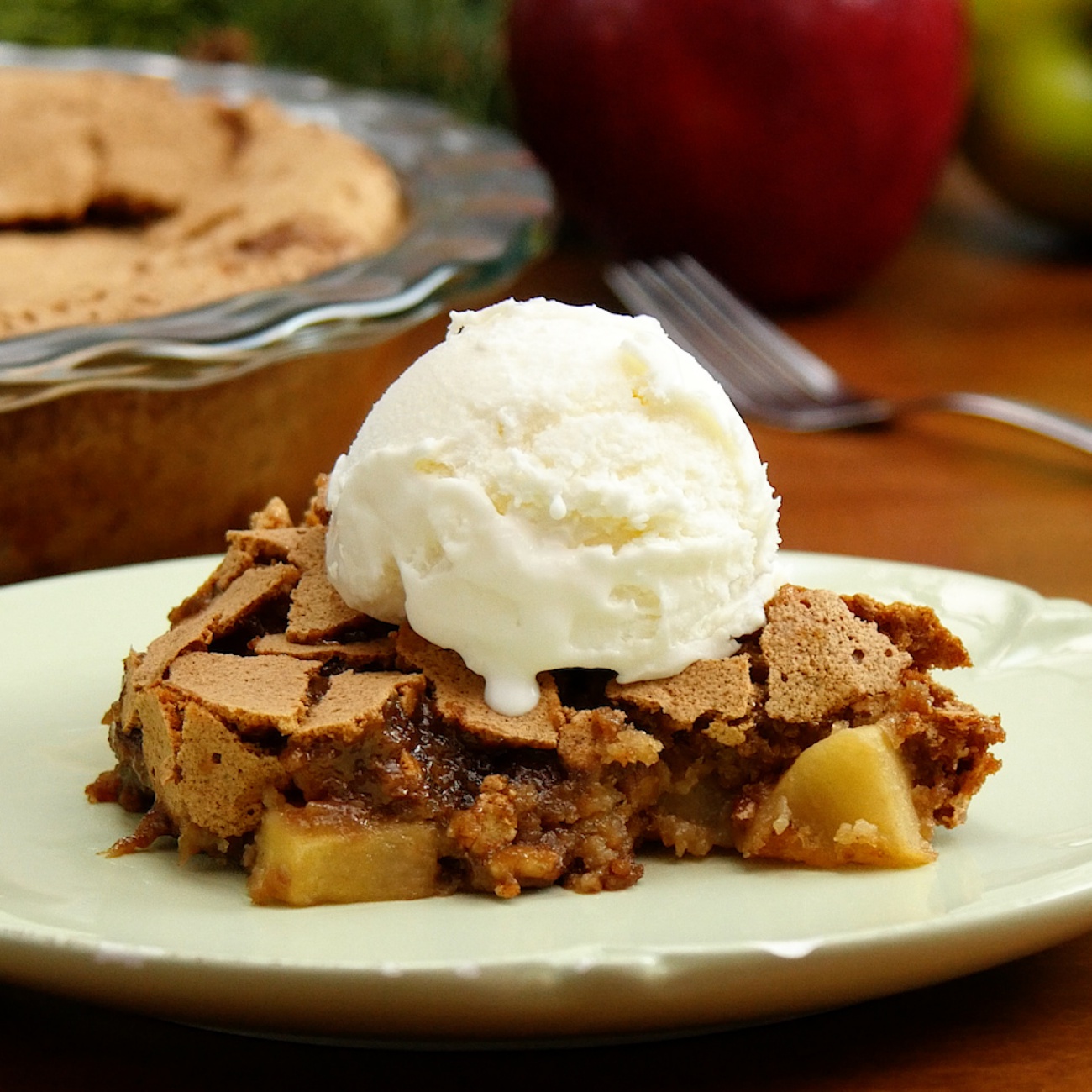 Ozark Apple Pudding is rustic and traditional and it’s just the kind of quick and easy homey dessert we love to whip up. It’s not a custardy pudding, it’s a “pudding” in the English definition, meaning a dessert in general. And what a delicious dessert it is. The top forms a light crunchy crust while the contents below are gooey and dotted with soft and sweet cooked apples. It’s a bit like a mashup of pecan pie, apple cobbler, and a crunchy praline. It’s delightful. 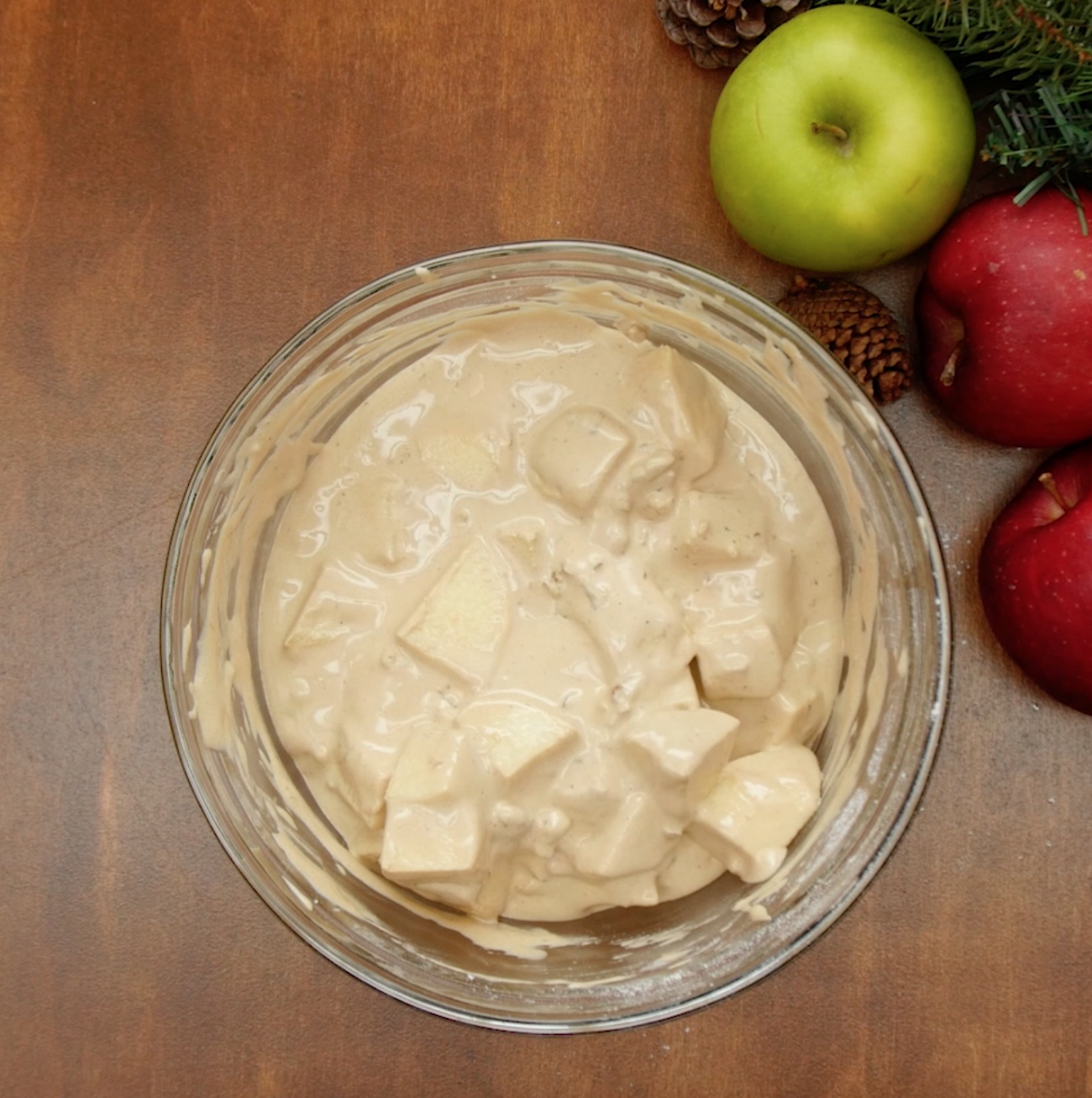 While this dessert probably originated from the Ozark Mountain region of Missouri or Arkansas (hence the name), it is also said that Harry Truman’s wife, Bess, first cooked this up to cheer up the President, who was homesick. That tactic appeared to work, because this remained one of his favorite desserts and was Bess’s contribution to the Congressional Club Cookbook. (She uses granulated sugar in her recipe.) 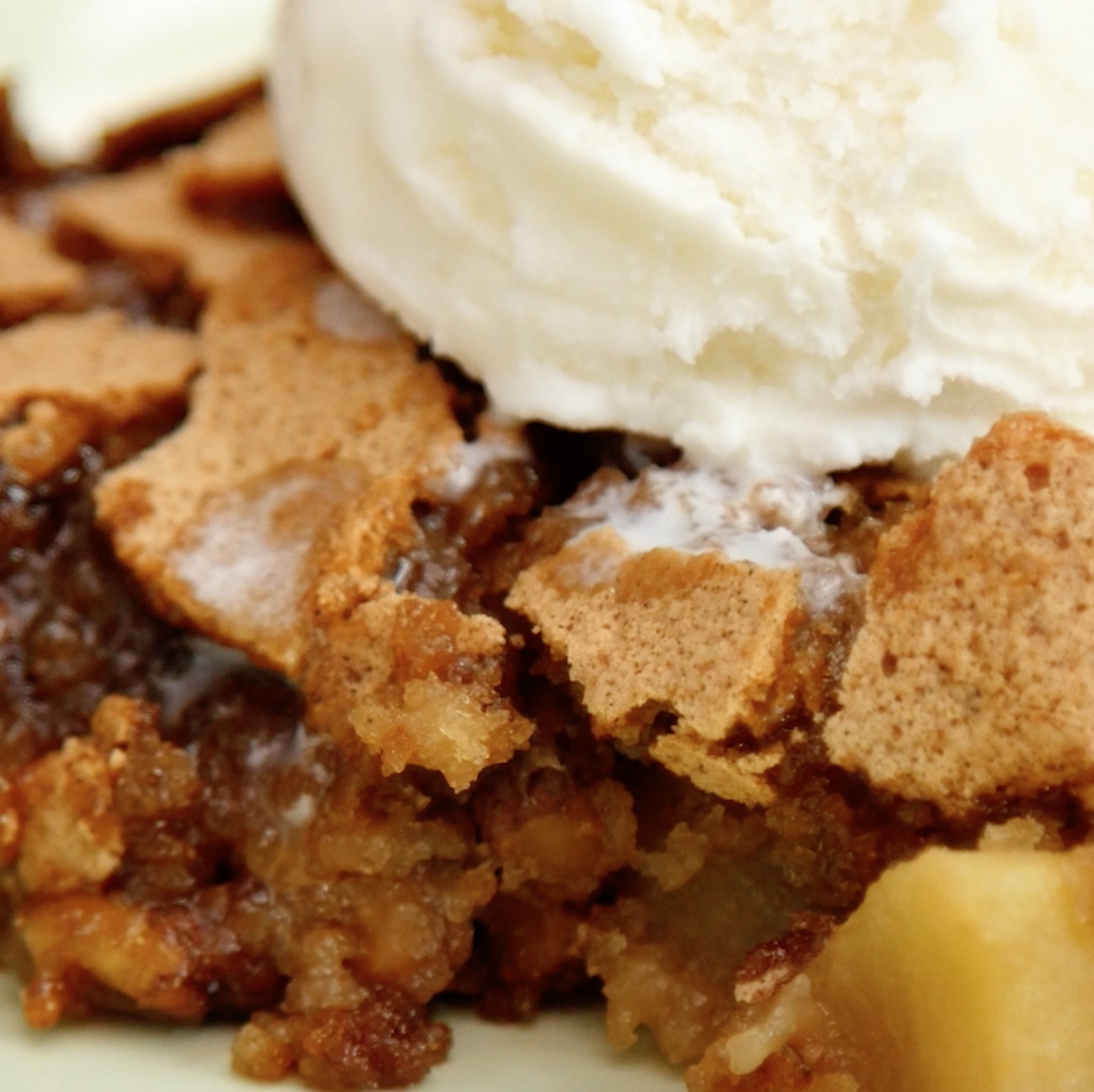