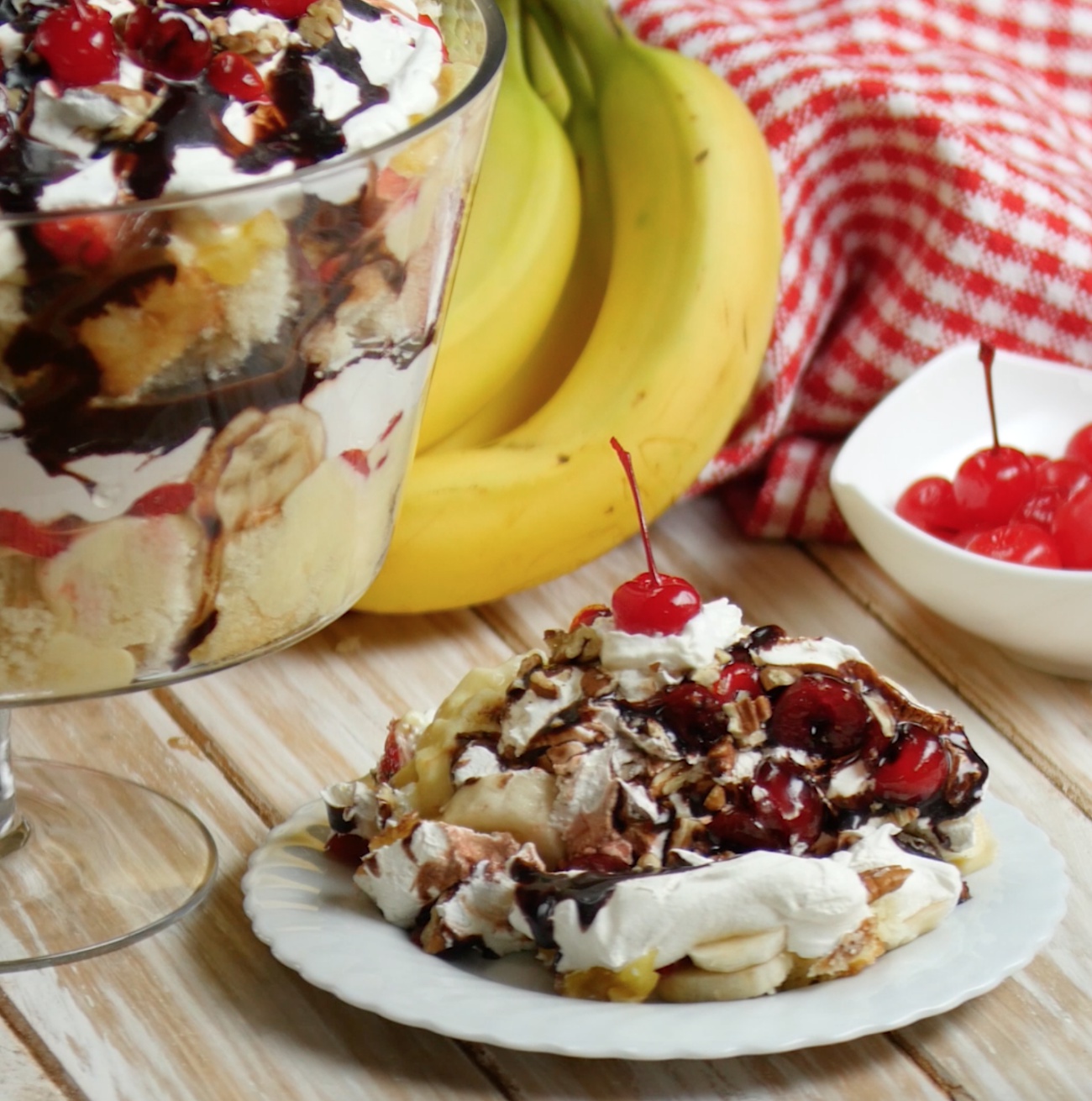 The story goes that the first banana split was served by a pharmacist’s apprentice in 1904 at a soda fountain in Latrobe, Pennsylvania. It cost only 10-cents (though that was twice the price of the other sundaes offered at the time) and quickly gained in popularity. That combination of a split banana, ice cream, whipped cream, chocolate sauce, nuts, and a cherry on top is as all-American as desserts come. And while we don’t think there’s any need to mess with tradition, we wanted to give this American classic a try in trifle form. And boy, are we glad we did! 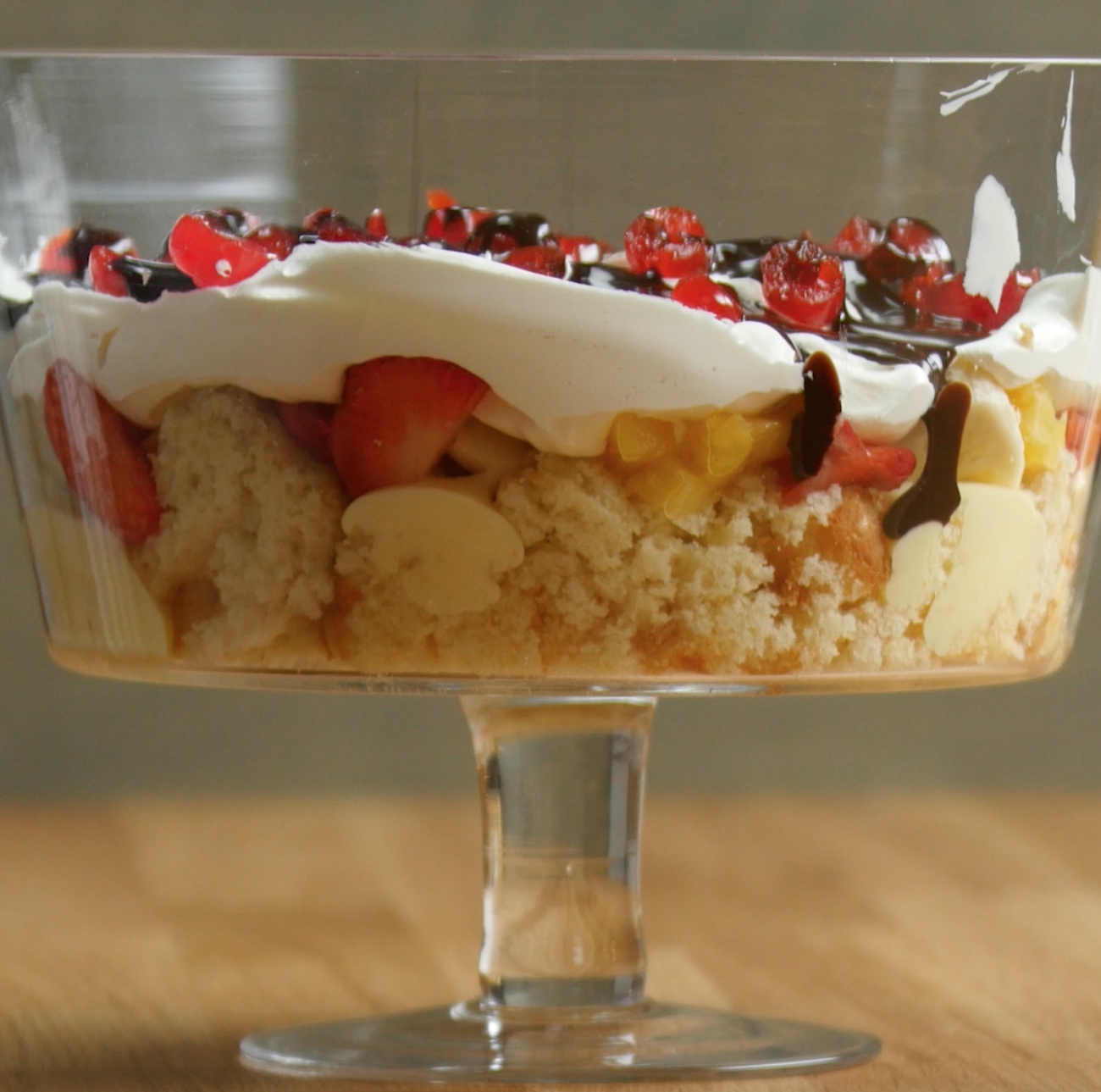 This easy trifle has all of the flavors of a banana split, plus a few new extras. Soft cake is layered with banana pudding and fresh bananas, and there’s also whipped topping, cherries, strawberries, gooey chocolate sauce, and chopped pecans. That’s a lot of deliciousness in one dish. So give in to a little twist on the traditional and try this trifle today! 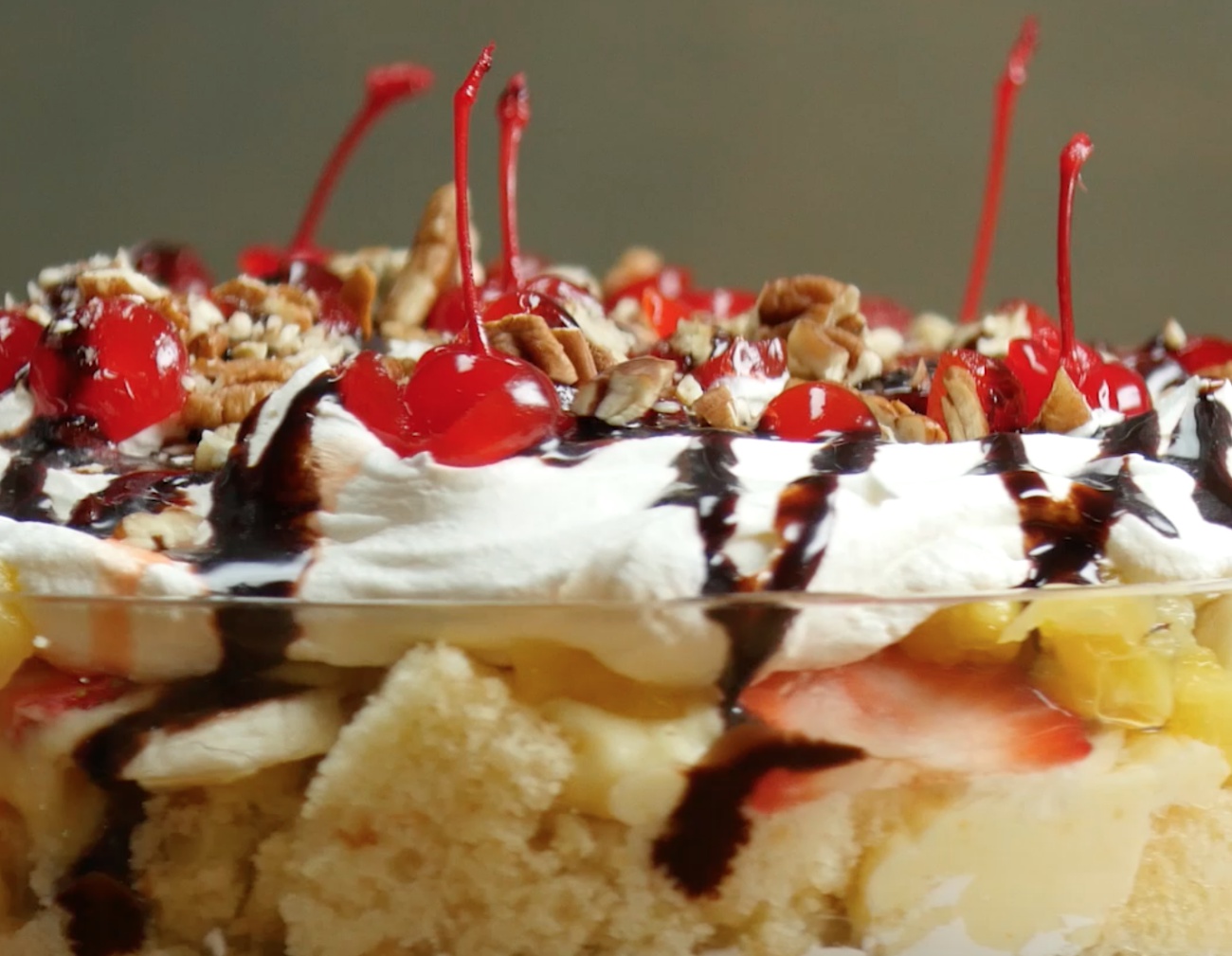 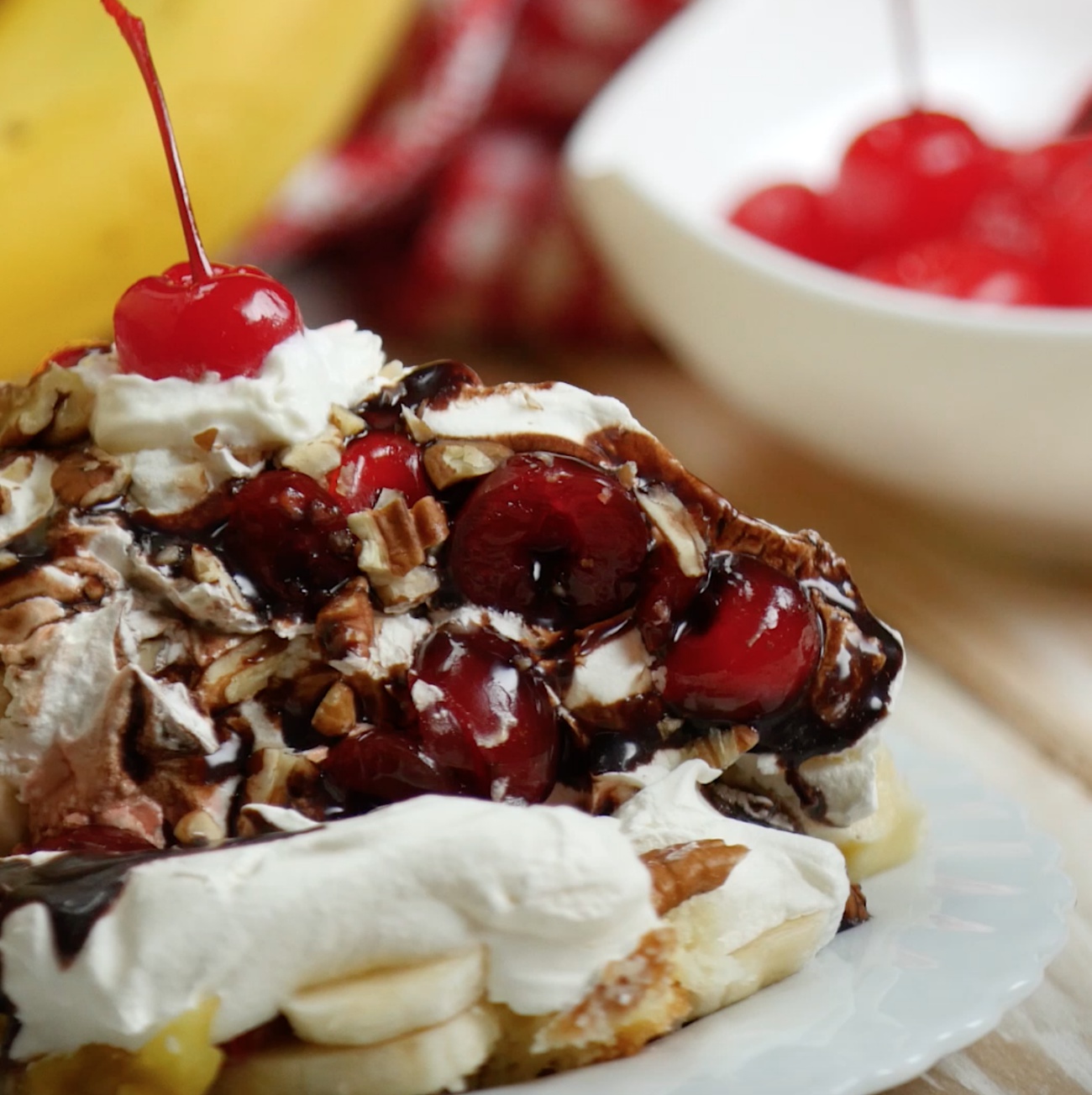