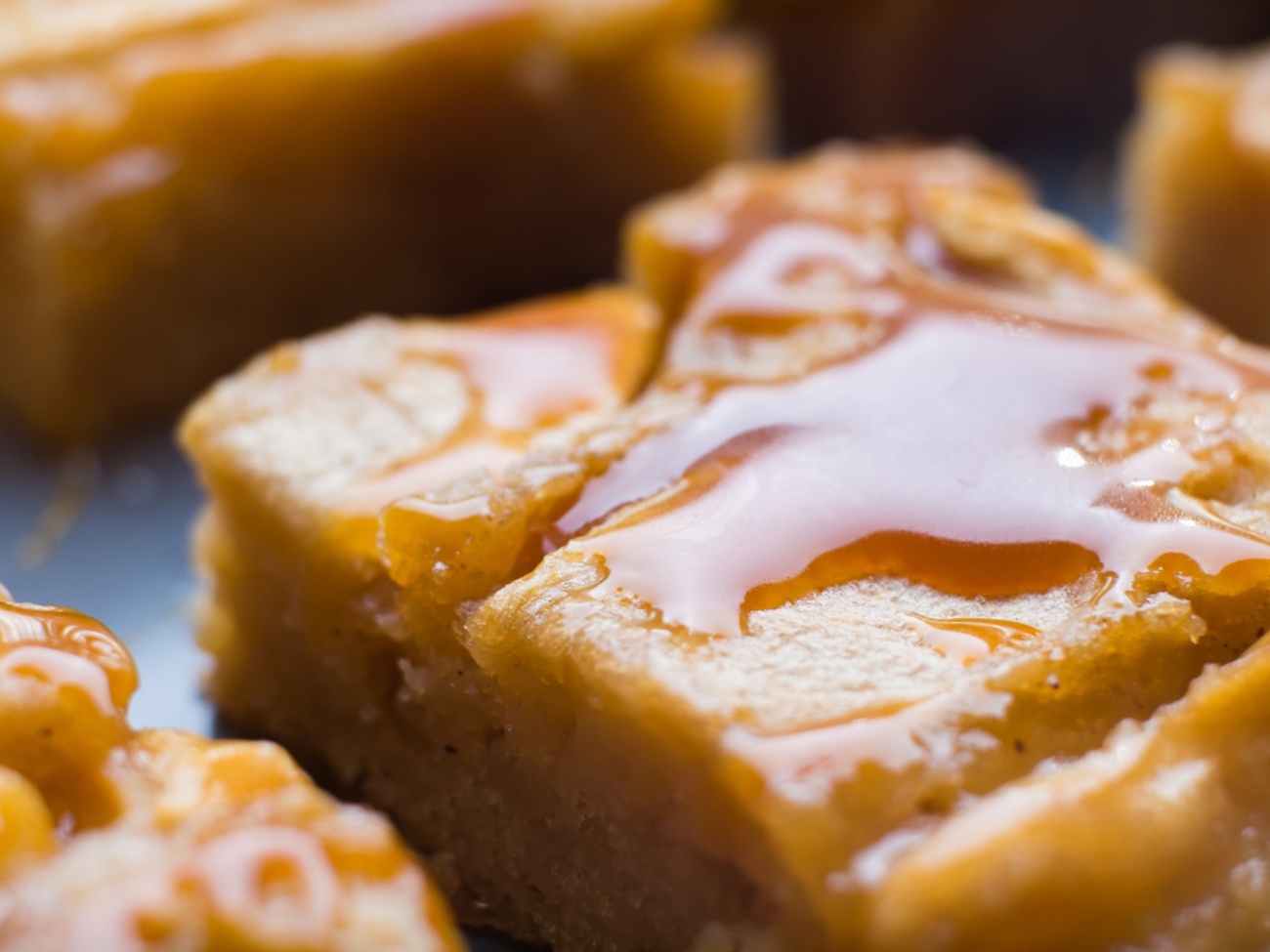 You often hear blondies being compared to brownies. “Oh, you know, they’re like a brownie without the chocolate.” But we think blondies are a standalone delicacy in their own right. They’re chewy and soft and generally full of molasses flavor from all that sweet brown sugar. These blondies have all of that going on and then the sweet bite of apples and cinnamon with an irresistible topping of gooey salted caramel. It just doesn’t get any better. 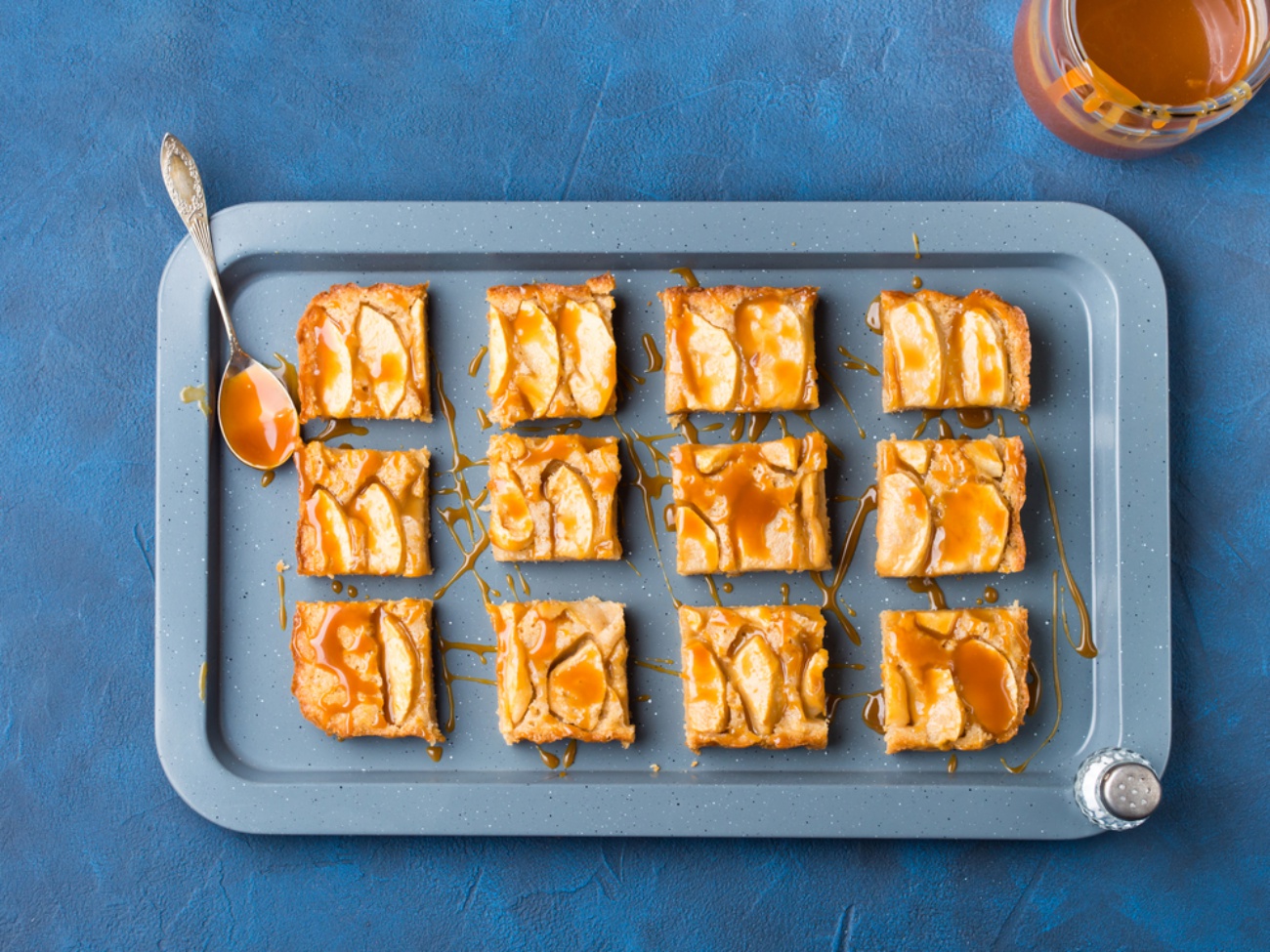 Now, let’s talk salted caramel. It’s ooey and gooey and sweet and salty, and the absolute perfect topping for these bars. There’s no shame in a store-bought version here. The prepared stuff is usually pretty good, and you can find it in your grocery store near fudge toppings and the like. But, it is awfully easy to make from scratch. This recipe will show you how. The caramel topping isn’t added until the blondies have baked, so if you’re making your own, you have plenty of time to whip up the salted caramel sauce while they’re in the oven. 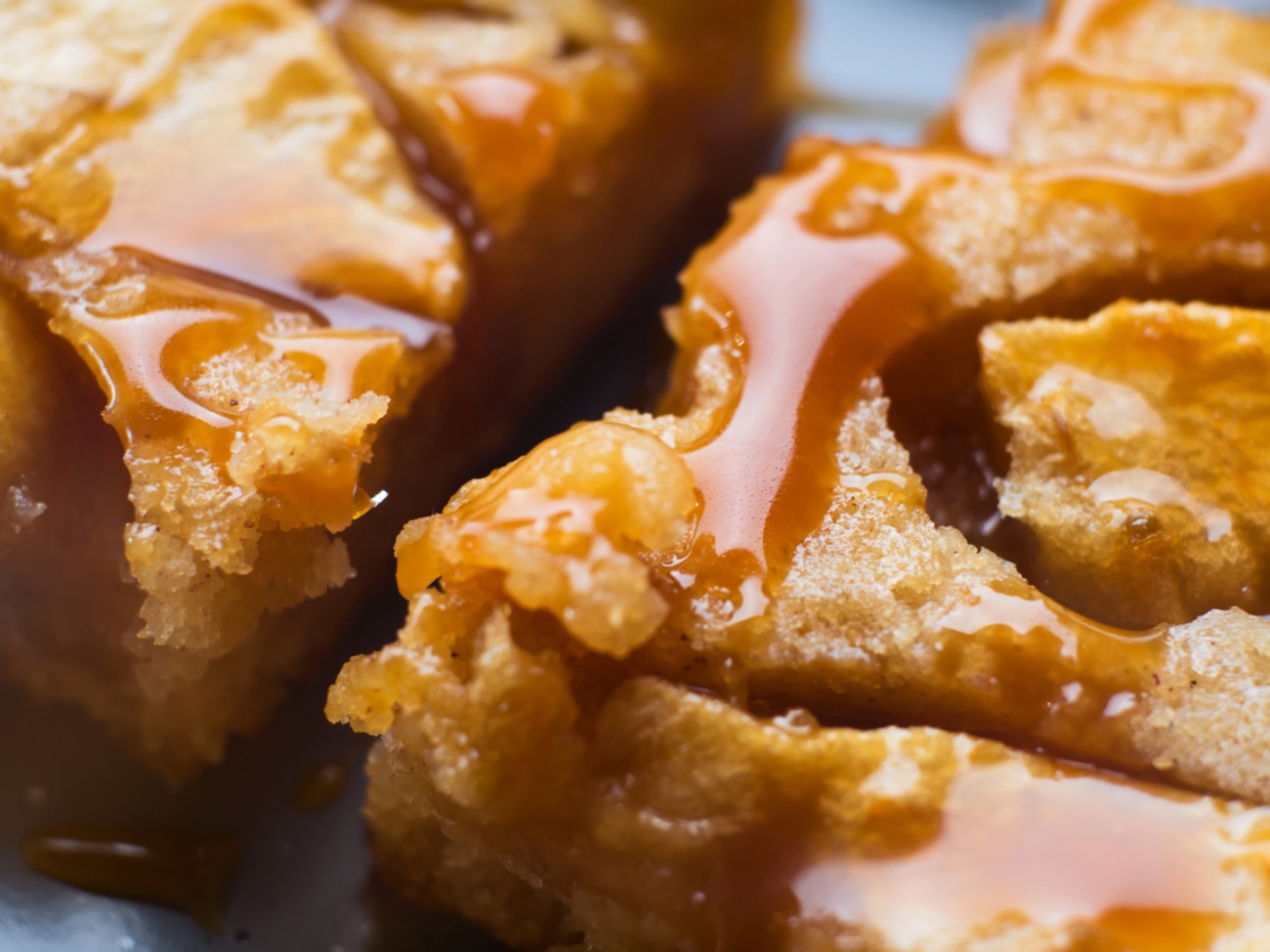 We wanted to make sure that every bite of these blondies had a little apple-y goodness, so this recipe calls for three apples. Two of those are finely chopped and folded evenly into that heavenly batter so that with each bite you’re getting cake and apple. The last apple is thinly sliced and layered on top of the batter before baking. Those ones take on that sweet, chewy quality that makes cooked apples so good. 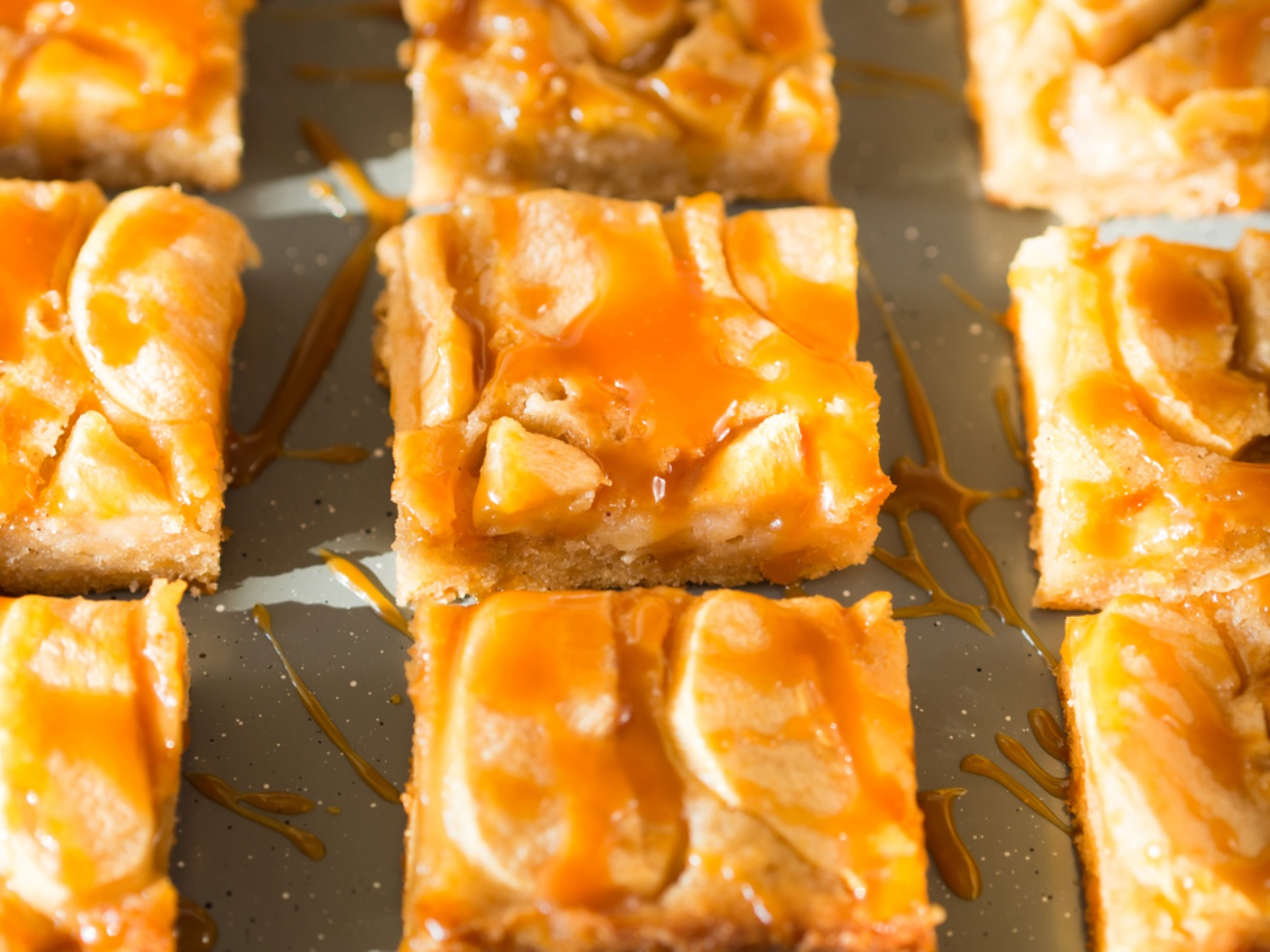 Cinnamon, nutmeg, and cloves bring out the best qualities in the apples and the caramel. All of that flavor surrounded with soft, chewy cake is out-of-this-world delicious. It’s hard not to eat the whole pan! But that’s a pretty good problem to have.