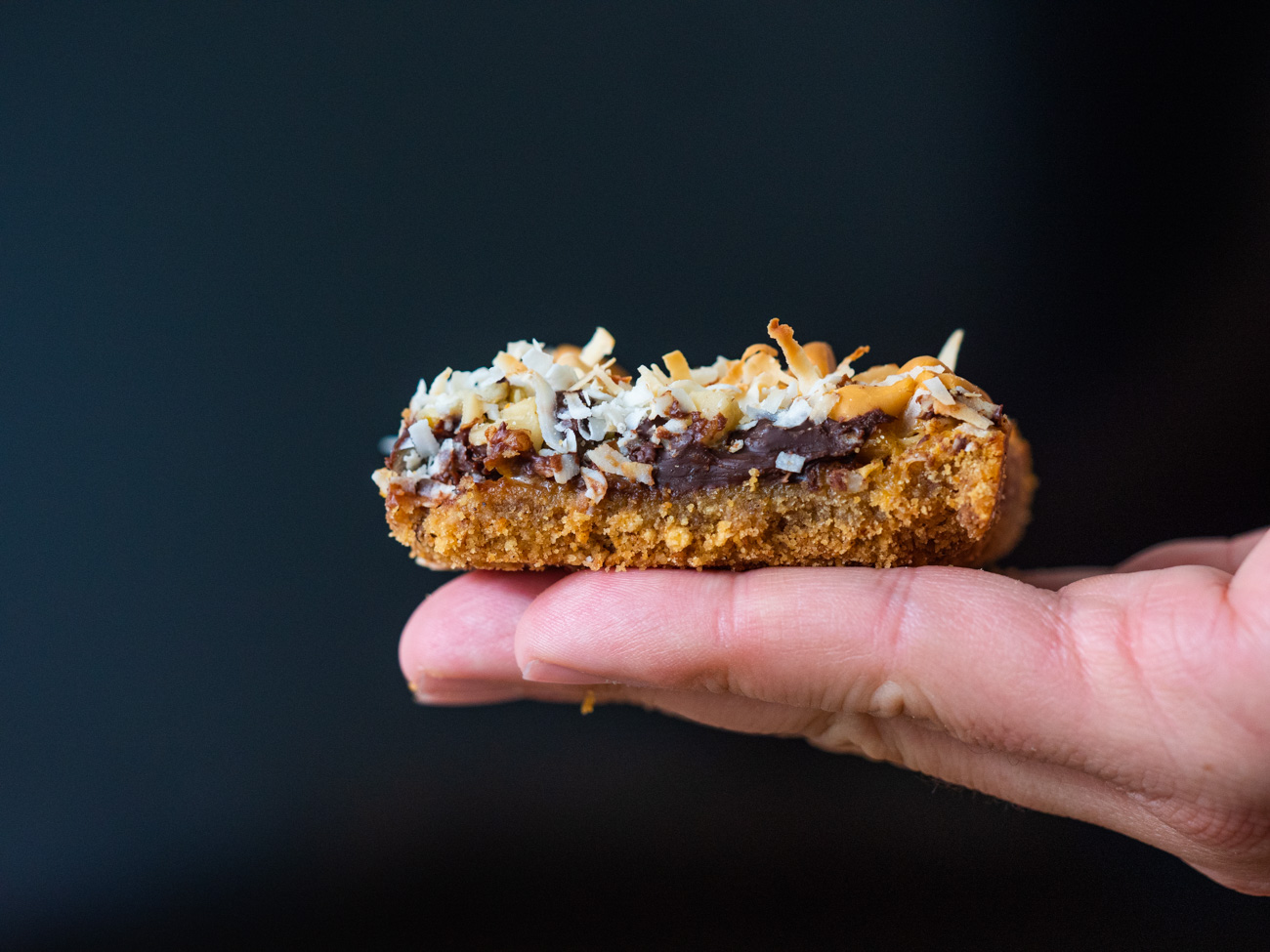 When I was a kid, there were two desserts that my mom made so frequently that she didn’t even need to pull the recipe out when she wanted to make them. One was classic Tollhouse chocolate chip cookies and the other – which was much less frequent and felt far more special – was Magic Cookie Bars. I always found their layers and layers of sweetness and contrast in textures absolutely delicious, and that hasn’t changed. These Pumpkin Magic Cookie Bars are every bit as scrumptious as my mom’s, but with a little autumnal magic mixed in. 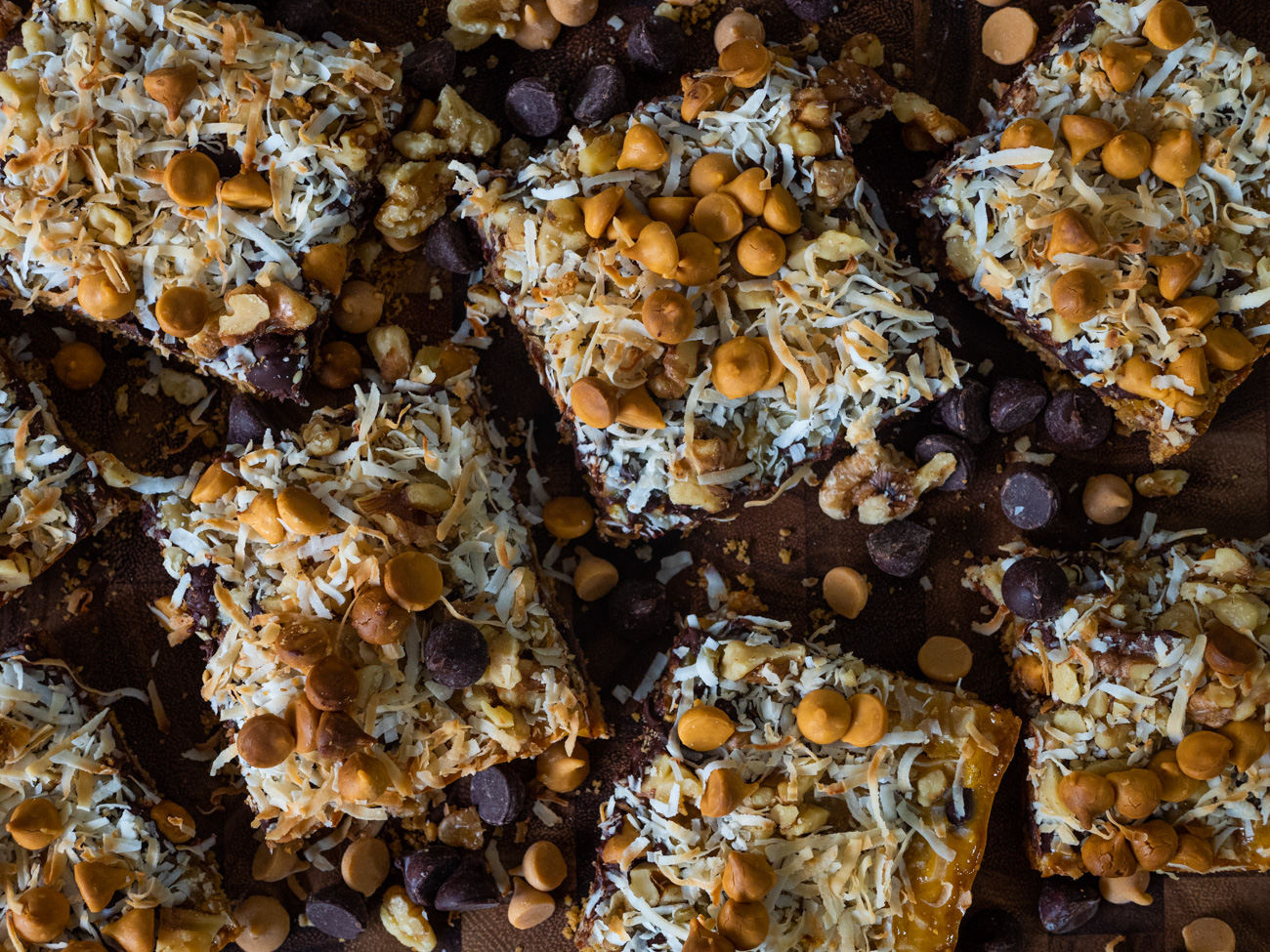 If you haven’t yet had the pleasure, Magic Cookie Bars (sometimes called Seven Layer Bars) are a study in just how great contrasting textures can make a treat. They start with a graham cracker crust, and that’s topped with sweetened condensed milk, chocolate chips, butterscotch chips, shredded coconut, and chopped nuts. As they bake, the coconut and condensed milk become sweetly chewy, while the chocolate gets nice and melty, and the graham cracker crust crisps up. They’re rich, but they’re just right. 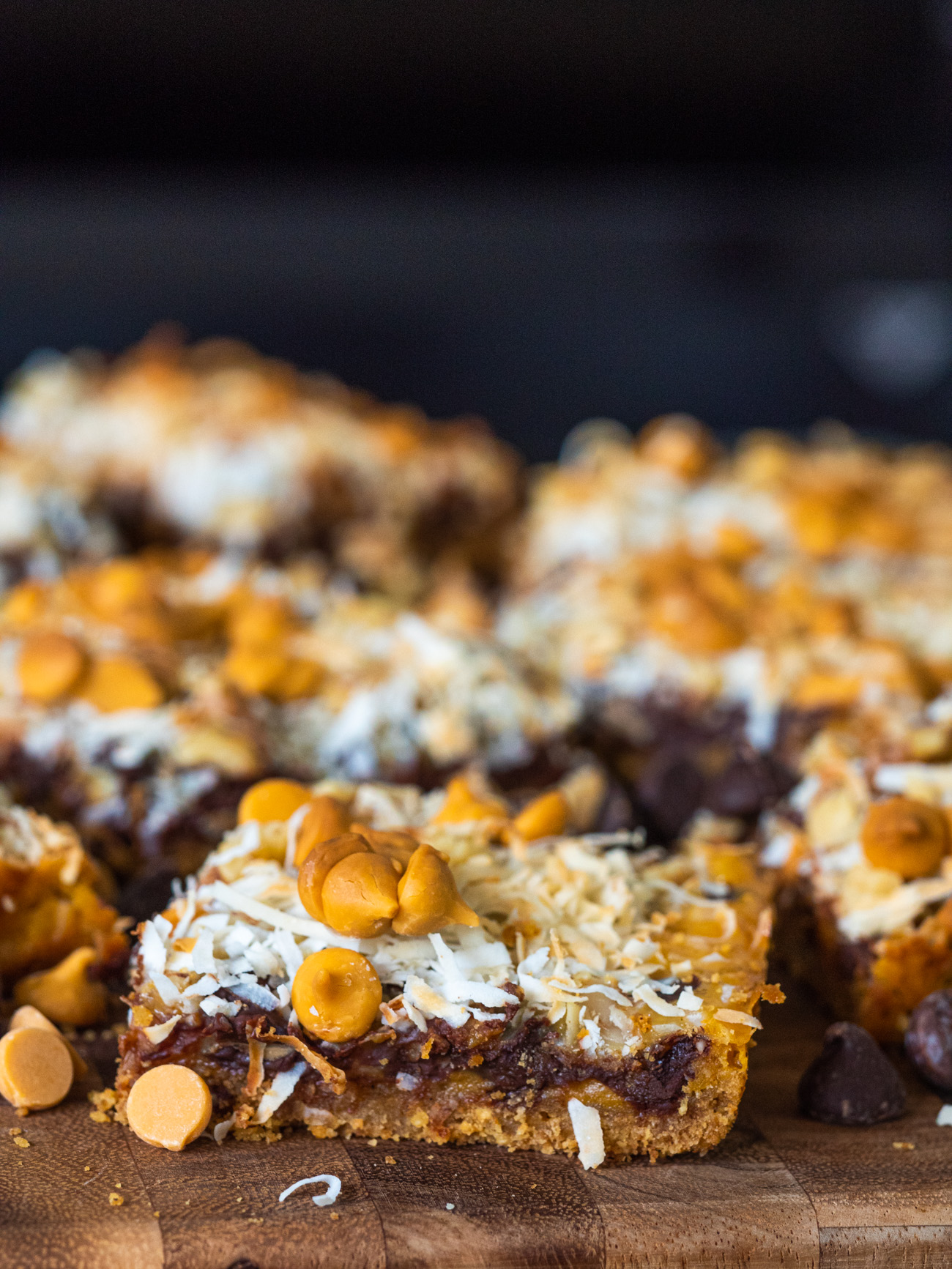 These bars have all of that magic, but they also have a little pumpkin spice too, and that always makes things extra magical. Here, some pumpkin pie spice is mixed right into the graham cracker layer, plus pumpkin puree mingles with the sweetened condensed milk in the middle of the bar. 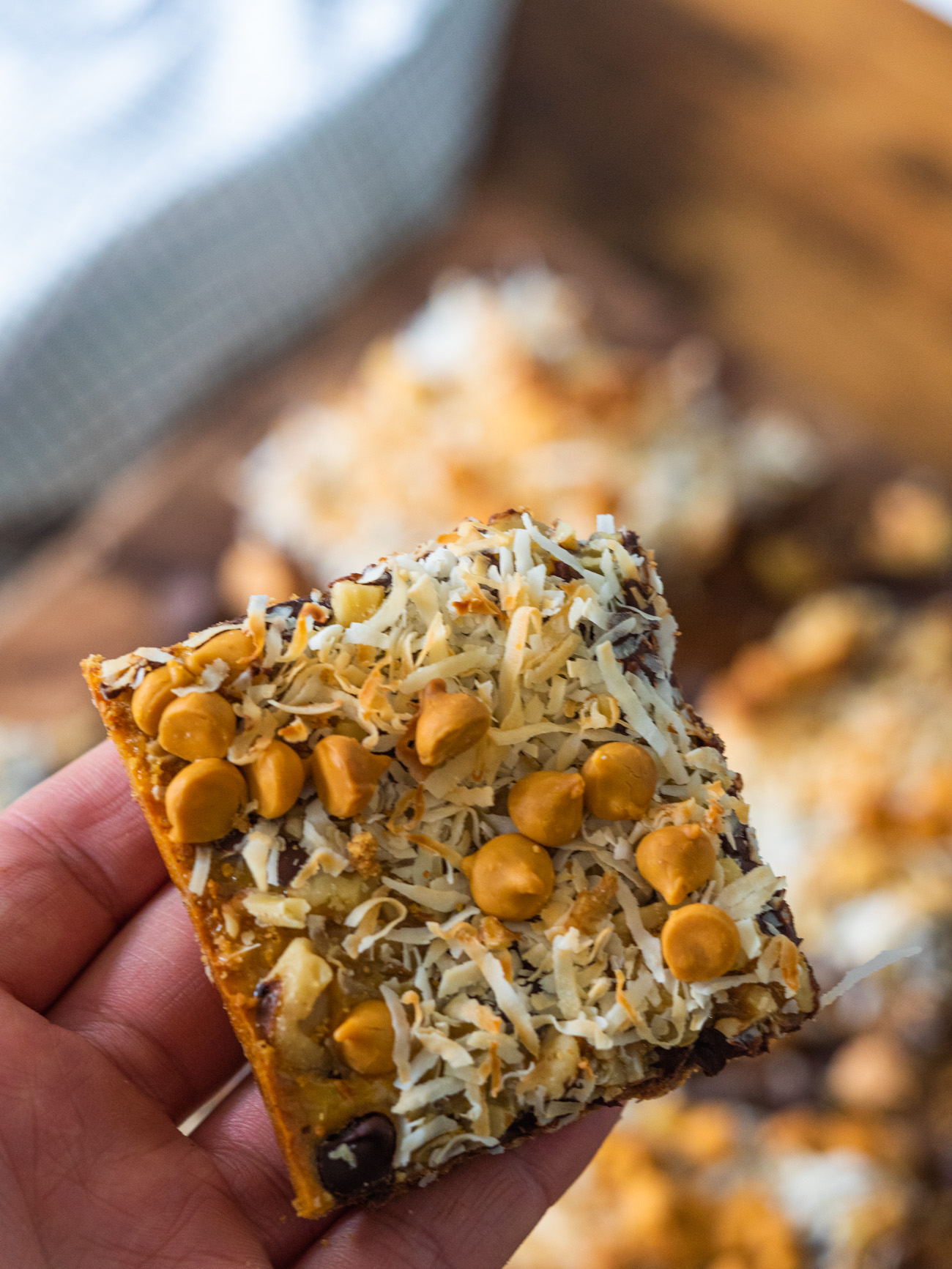 The pumpkin does more than just add flavor, it also balances out the sweetness a bit, so these are more of a nuanced treat than the original. They still have all the same texture contrast but they don’t stray into cloying territory. They aren’t quite like Mom used to make, but – if I do say so myself – they’re just as delicious. 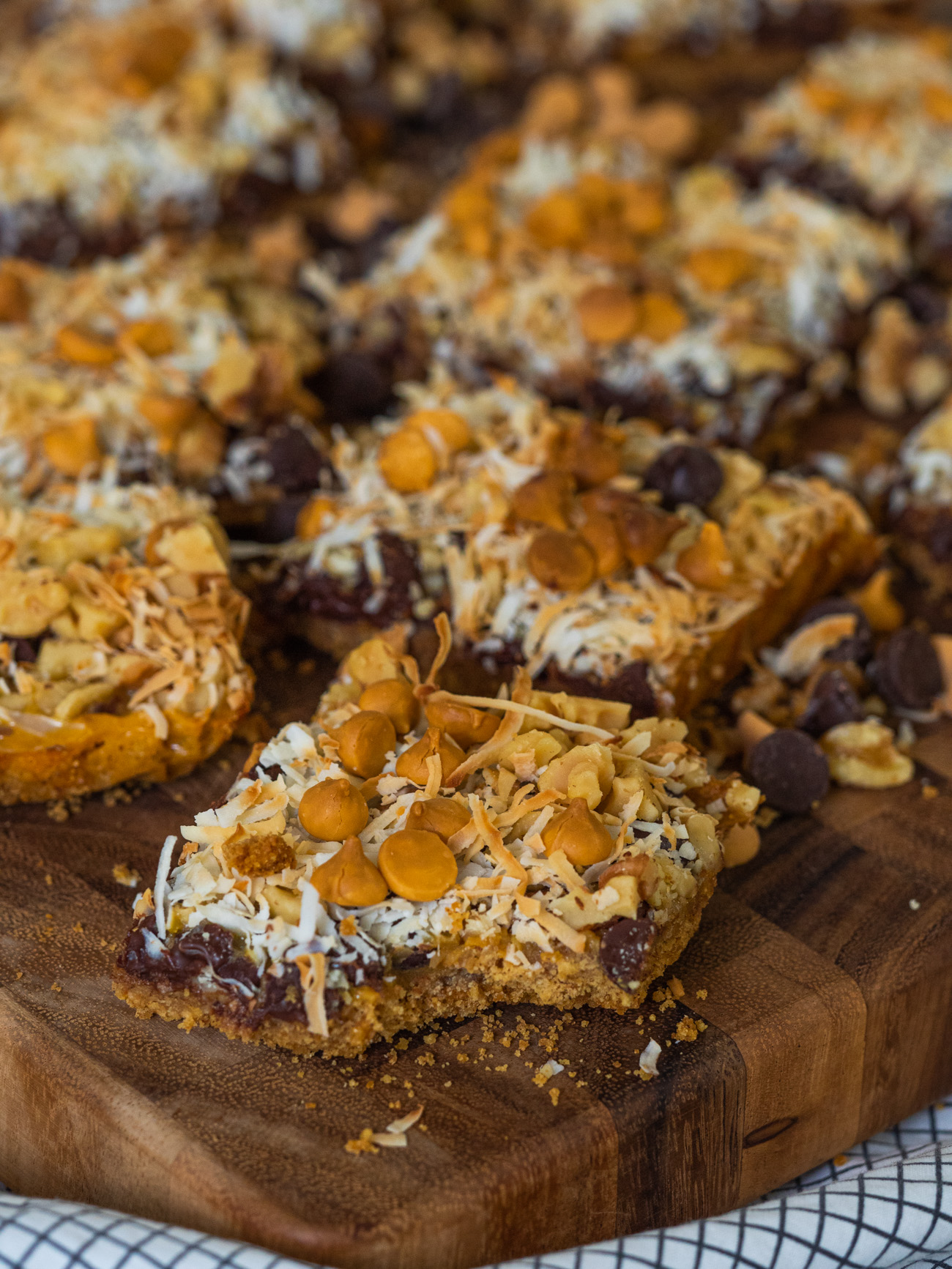