The Most Popular Thanksgiving Side Dishes In Each State

On Thursday across America, families will be sitting down to Thanksgiving dinners. But depending on where you are in the states, your dinner may vary slightly. While food items like turkey might be seen as a holiday staple throughout the country, some of the side dishes may actually be specific to certain regions.

If you’re curious about how Thanksgiving dishes may vary from state to state, you will probably thoroughly enjoy reading the maps from House Method.

In order to make a determination of the most-searched sweet and savory Thanksgiving recipes per state, the homeowners’ resource set out to investigate which food-related terms Americans are searching for online at this particular time of year. 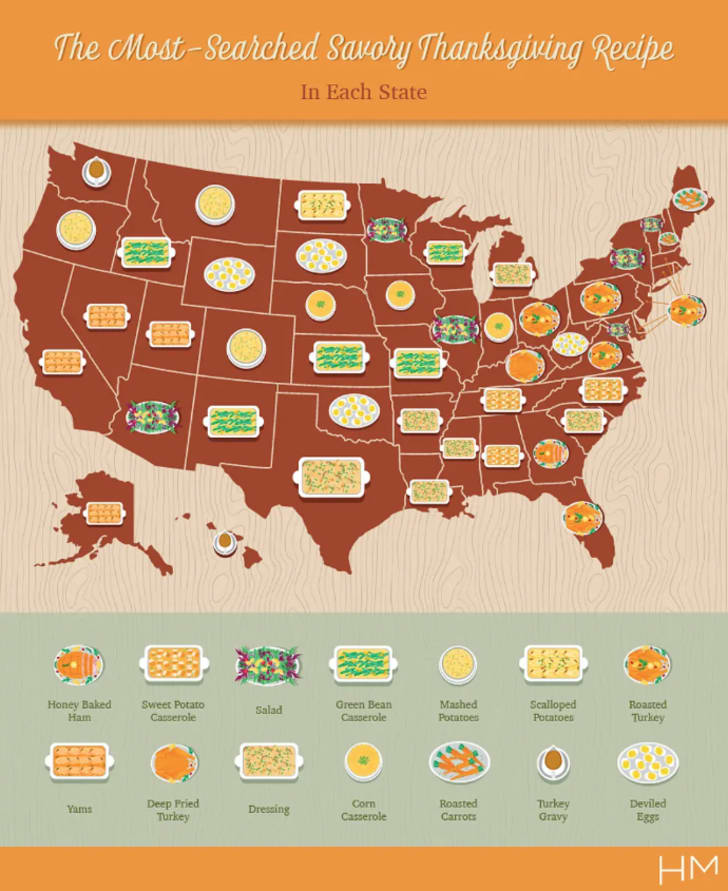 Roast turkey dominated the eastern half of the U.S. and actually topped the Thanksgiving recipe search trends in nine states, ranging from Florida to Massachusetts. As it turns out, people in the great state of Kentucky prefer their poultry to be fried as the number one search term was “deep-fried turkey.”

In the Southern states, sweet potato casserole proved to be very popular, while the Midwestern states preferred to look for green bean casserole. And in the states of Utah, Nevada, and California, it was all about the yams. 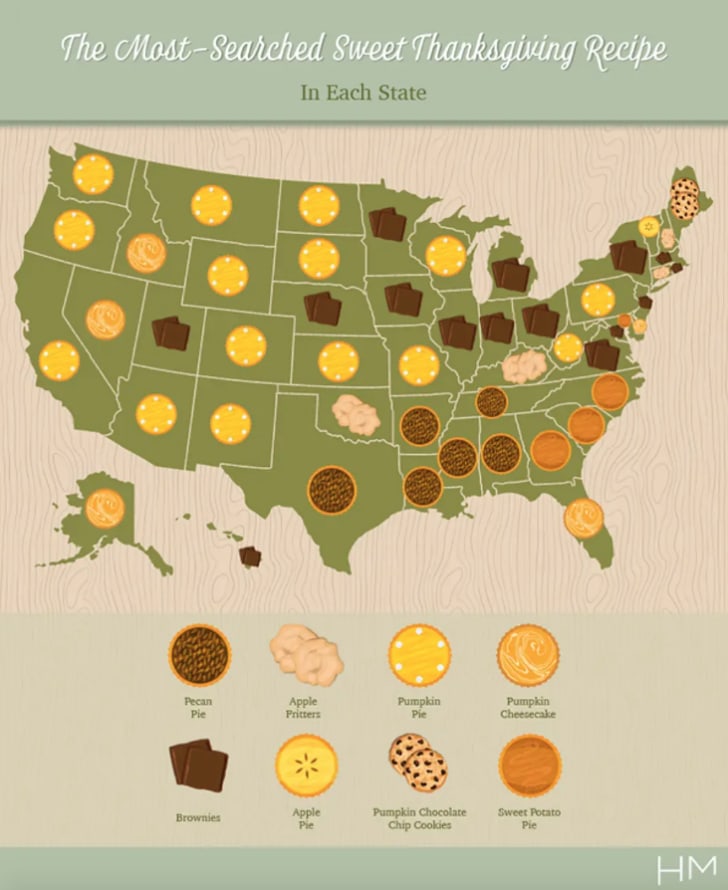 House Method also created a map of dessert popularity as it varies from region to region. By far, pumpkin pie is the most popular of desserts and it was the top search in fifteen states. However, sweet potato pie was the preferred dessert in many Southeastern states such as North Carolina, South Carolina, and Georgia. And in the Southern states to the West like Alabama, Louisiana, and Texas, it was pecan pie that appeared to be the favorite.

Very interesting, don’t you think? Based on these findings, do you agree? Or are you someone living in these regions that happens to go against the Thanksgiving grain? Let us know! And Happy Thanksgiving!