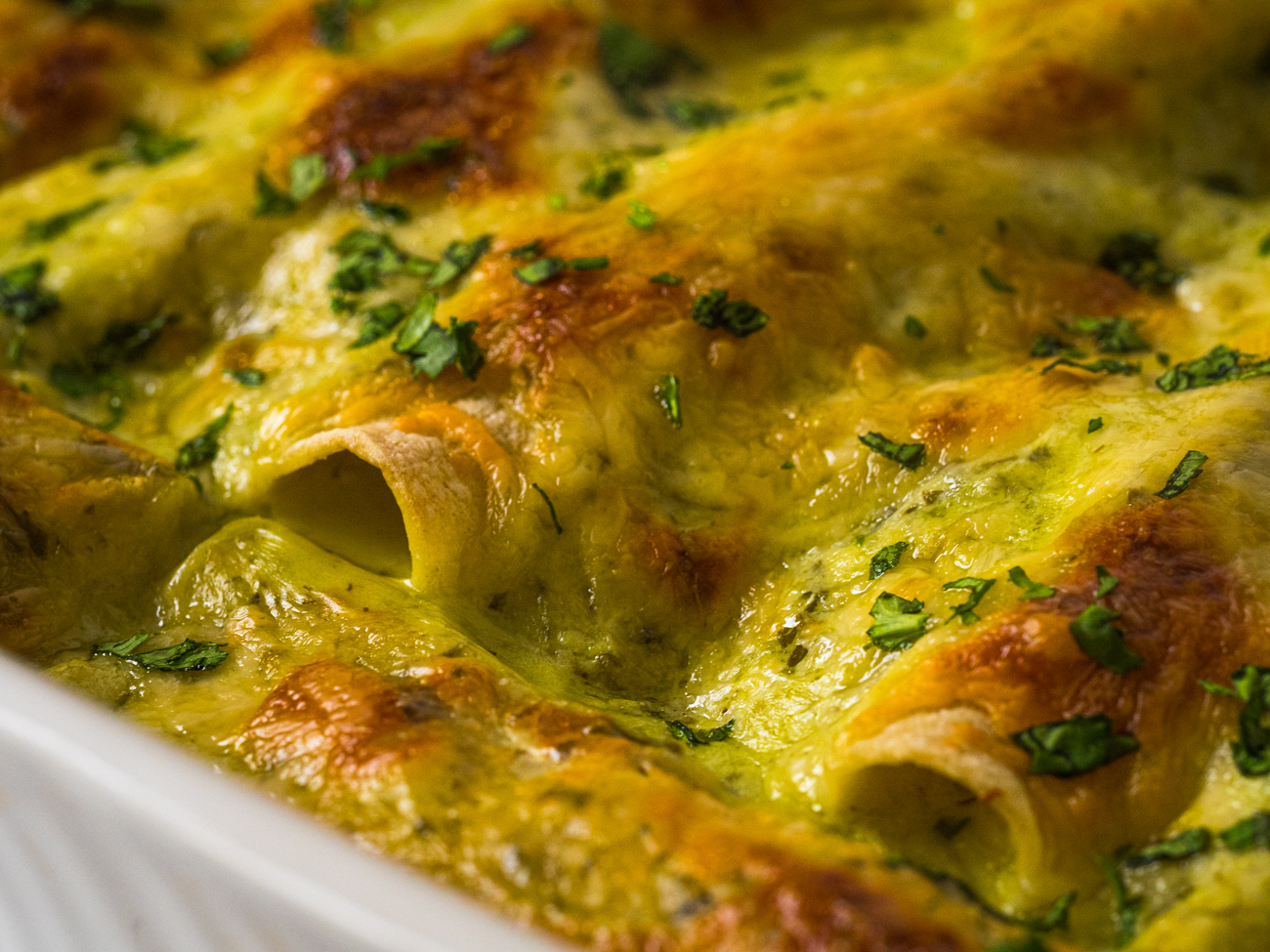 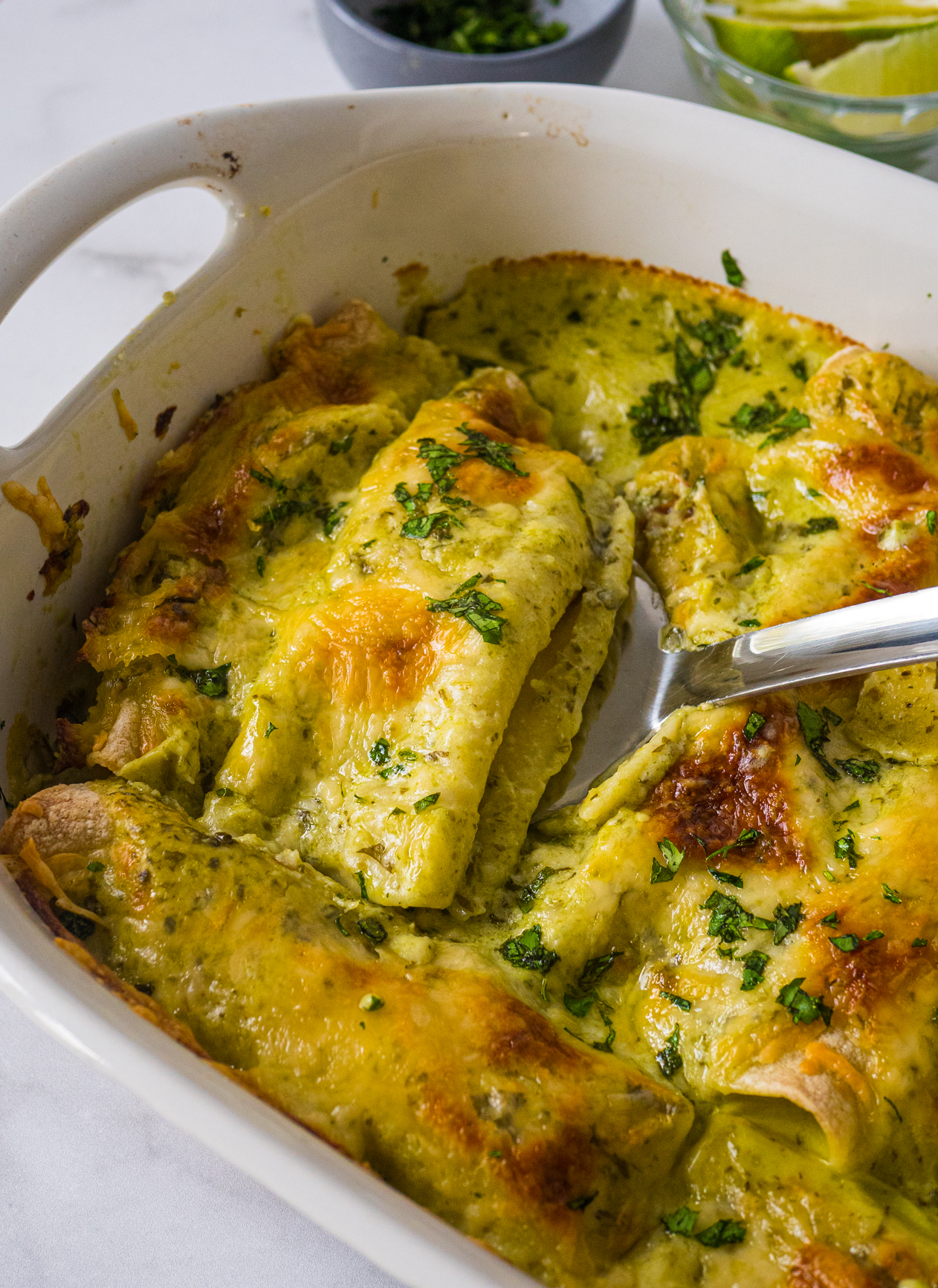 You start by sauteeing some poblano peppers and garlic in butter. Poblanos have a pretty mild heat, so you don’t need to fear a big kick here. You then build the sauce with flour and chicken broth before pureeing it and returning it to the pan. 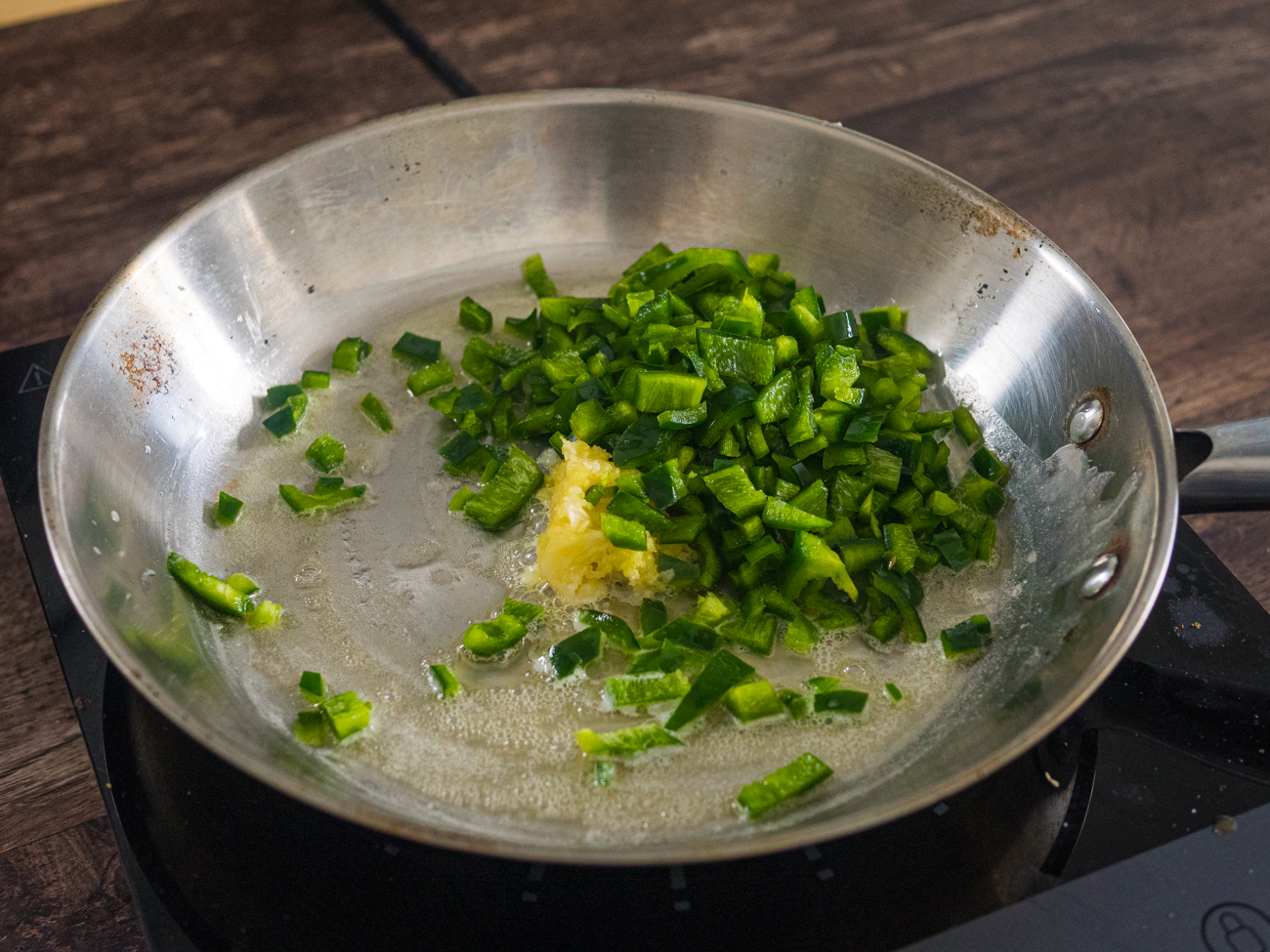 To finish the sauce, you simply stir in some sour cream, salt, and chopped cilantro… 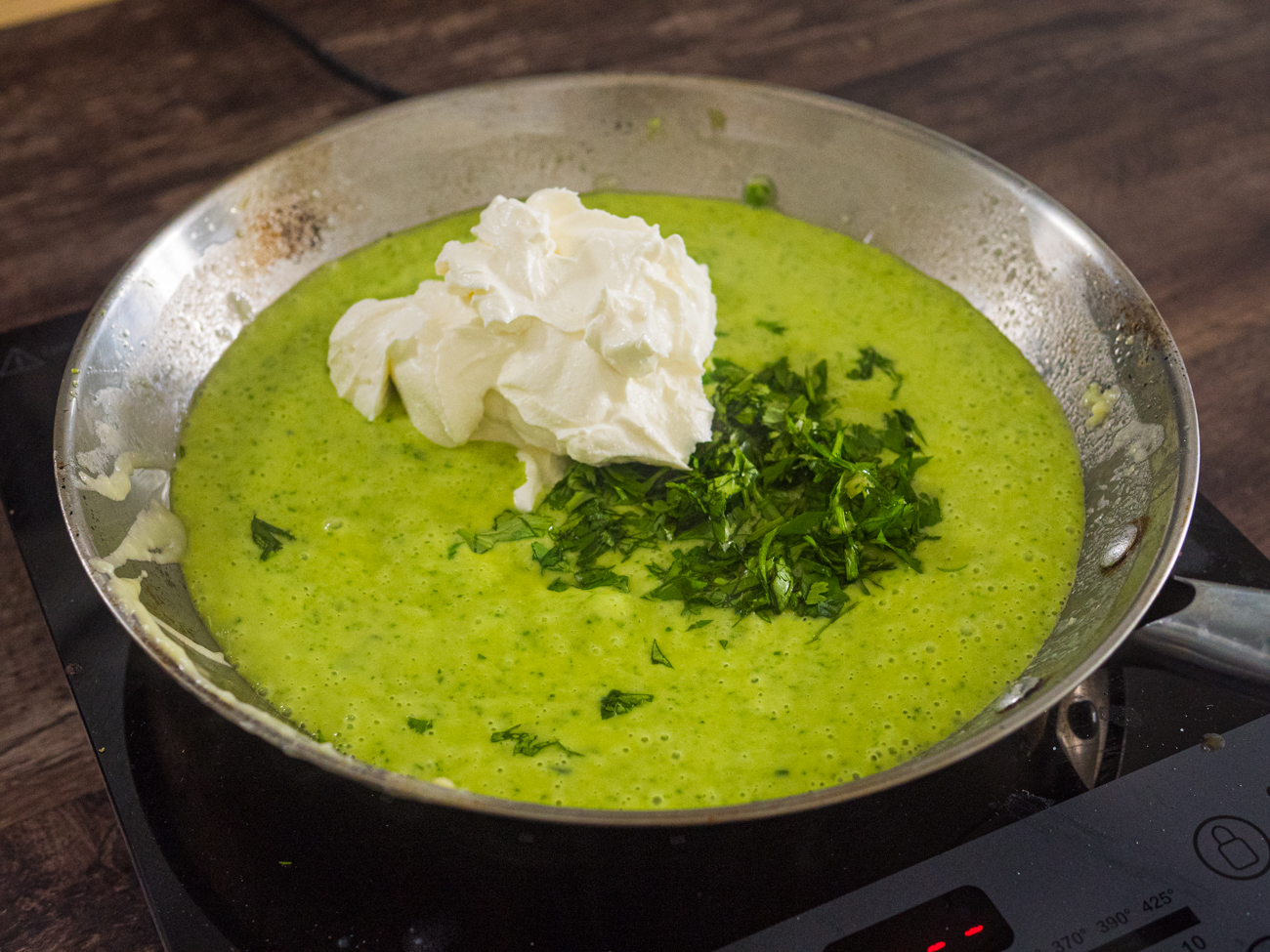 … before you spoon some into the bottom of a baking dish. 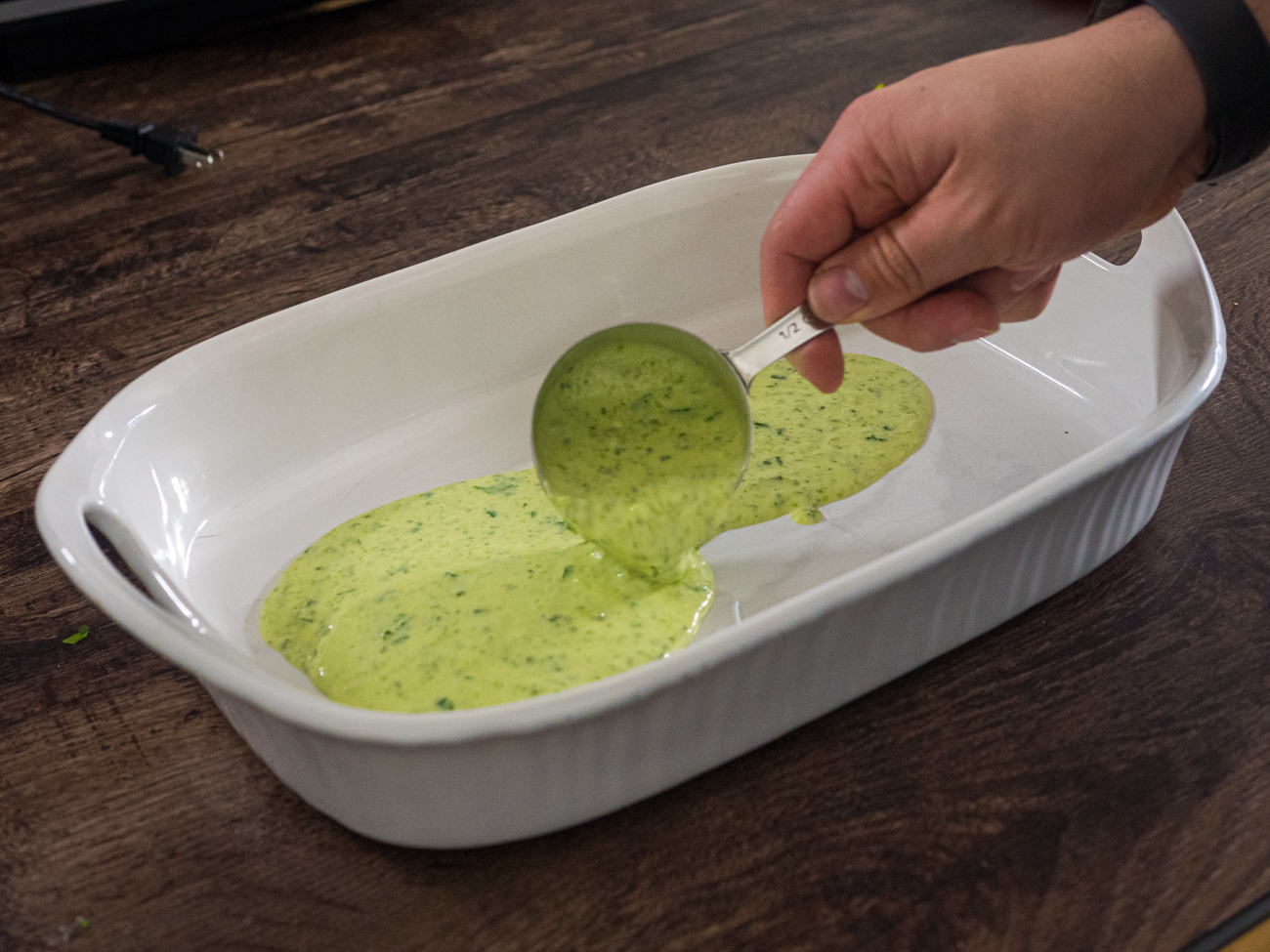 The enchilada filling is simply just a bit of shredded chicken and cheese – the sauce takes care of the majority of the flavor here. Once the enchiladas are nestled in, you smother them with sauce… 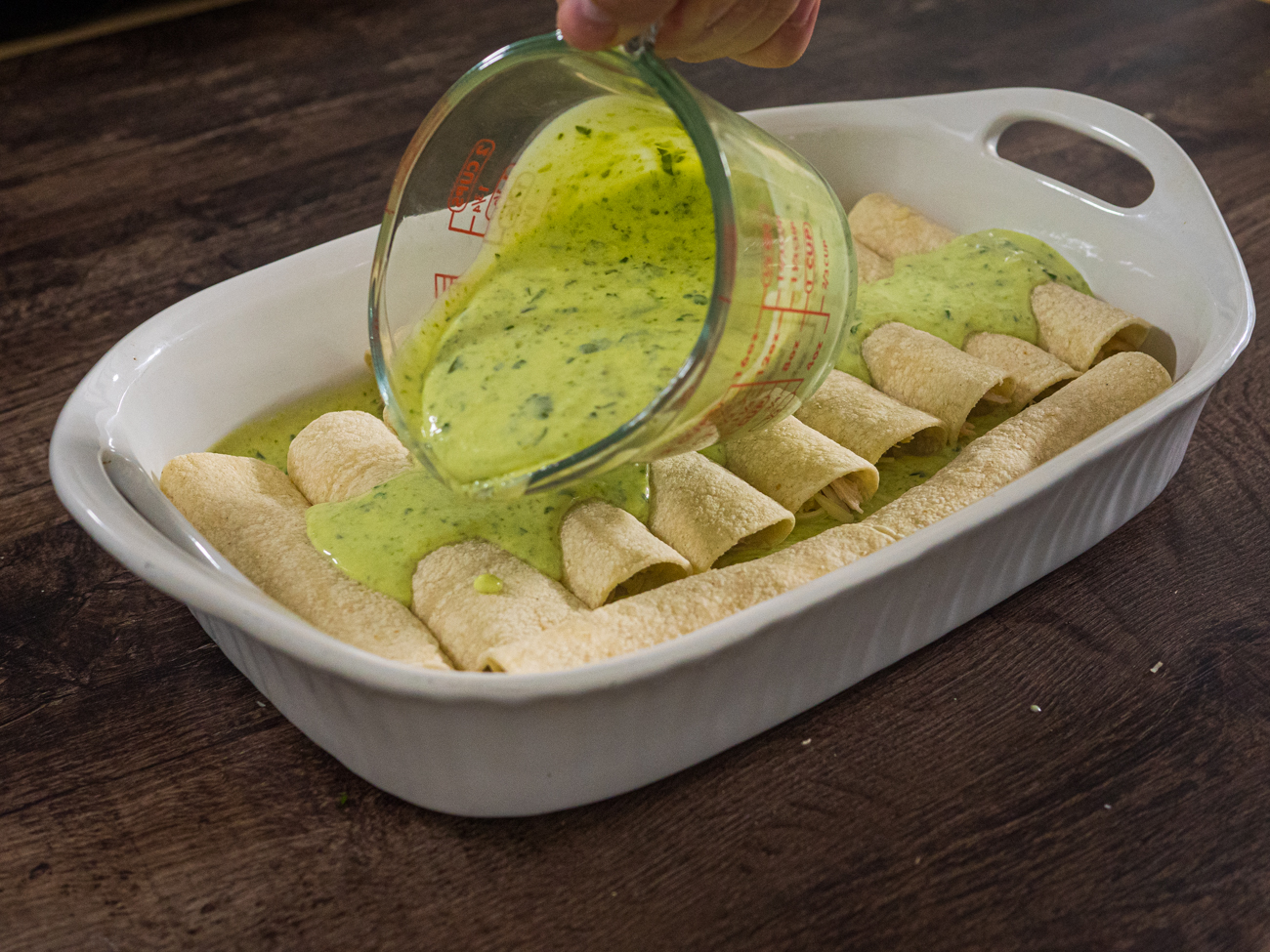 … top them with cheese, and pop them into a hot oven. 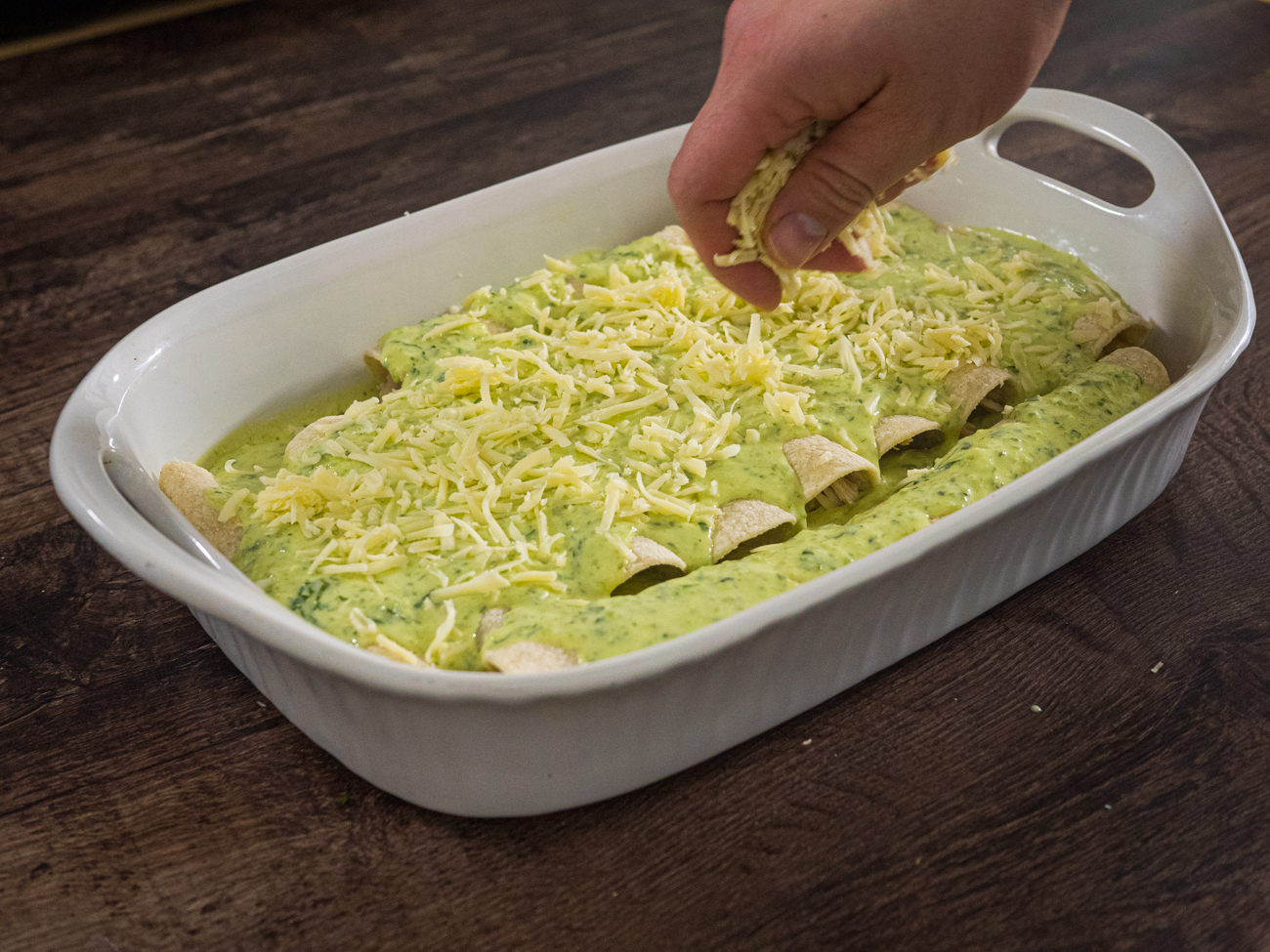 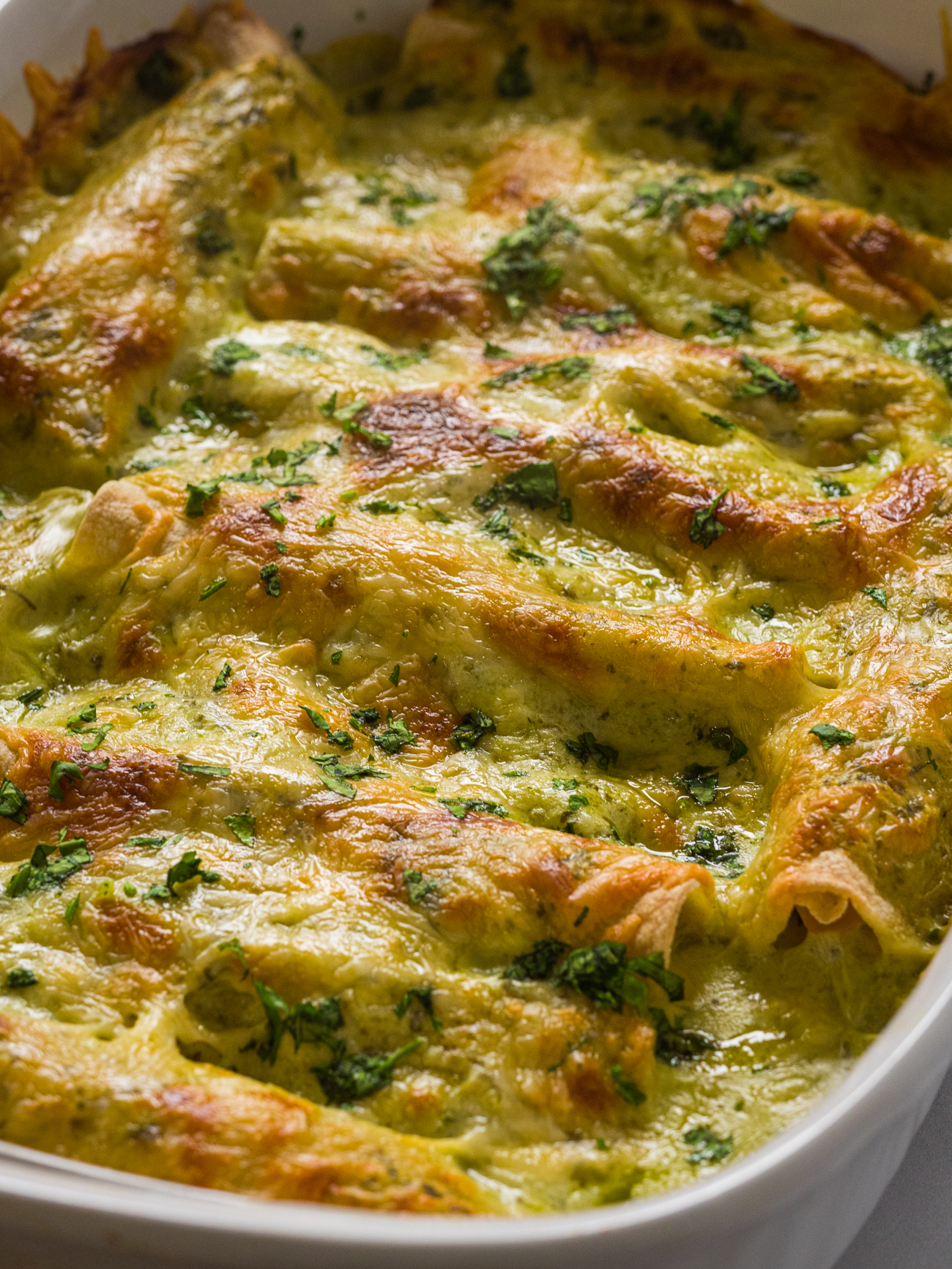 When it comes to enchiladas, I’m not one to discriminate, but it’s hard not to show favor to these. They’re such a great balance of tangy sour cream and mild poblano flavor mingling with just the right amount of ooey-gooey cheesiness, you’ll want to make them again and again. 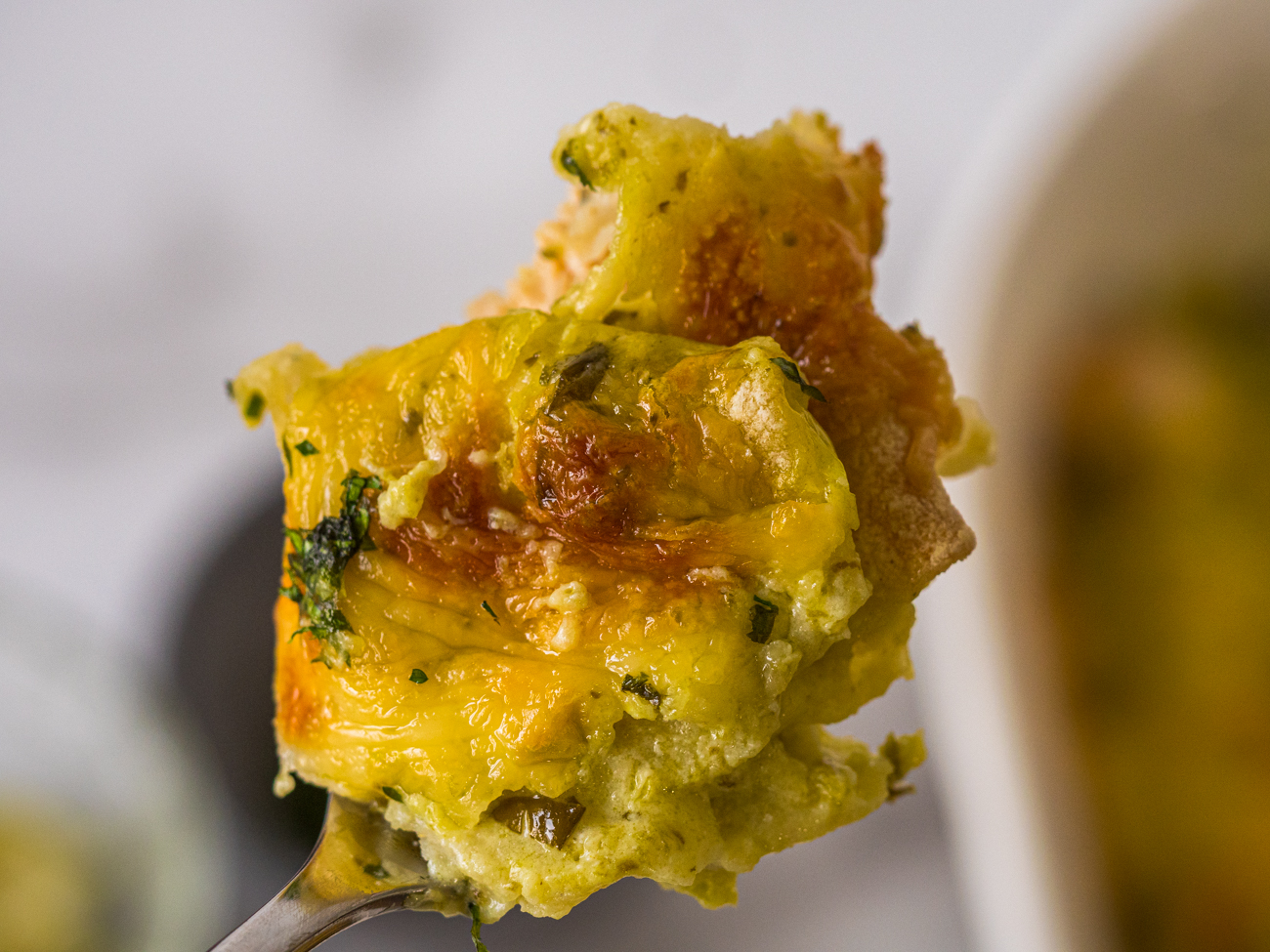