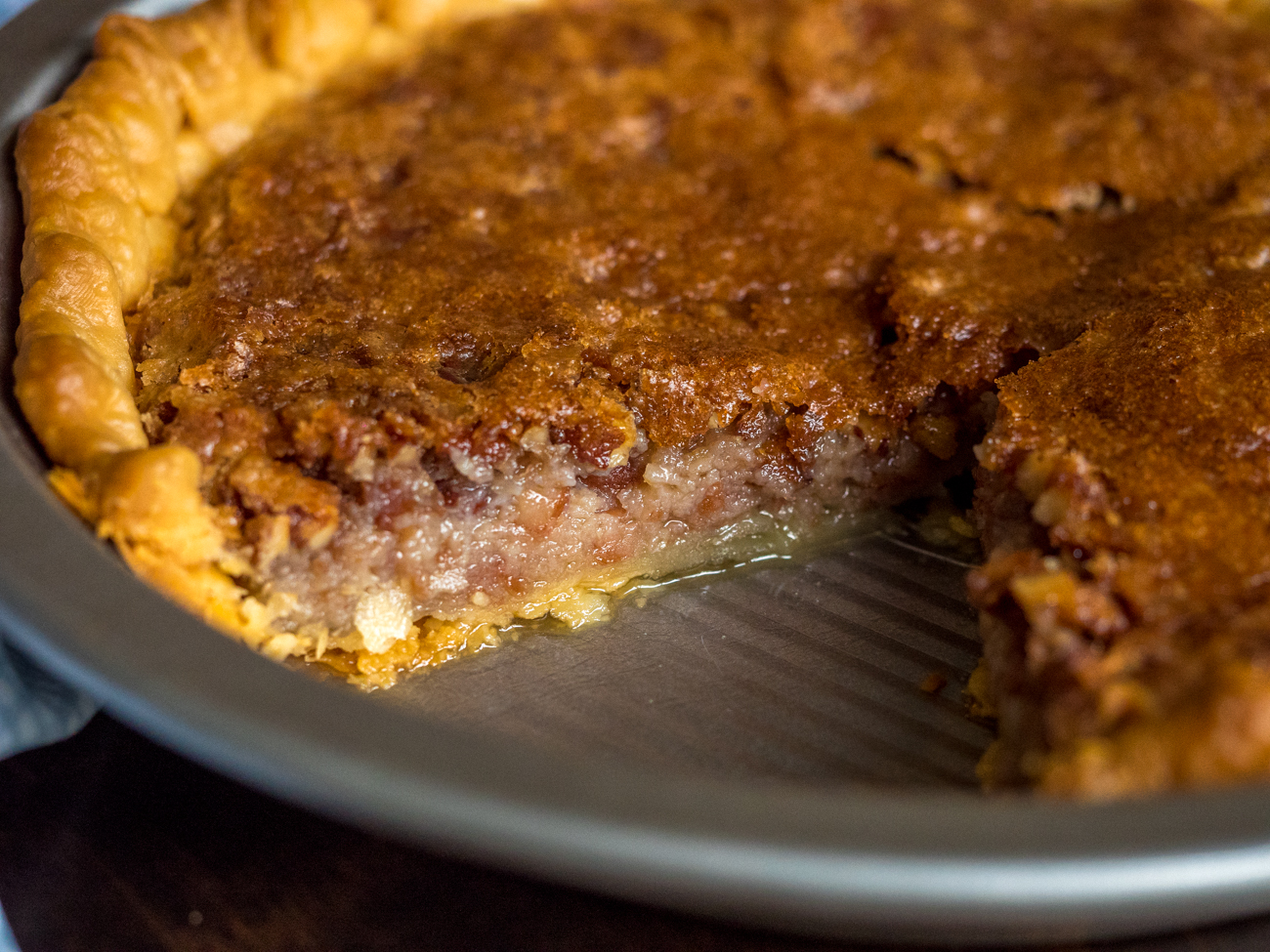 Pinto bean pie. Before you slam the door on us and on this recipe, hear us out. Yes, this is a dessert that’s got beans in it, but it’s actually ridiculously delicious and not at all as weird as it first sounds. It’s an older, vintage recipe, which just goes to show that people really knew how to make the most of certain ingredients, coming up with interesting, unusual recipes that taste great and stand the test of time. 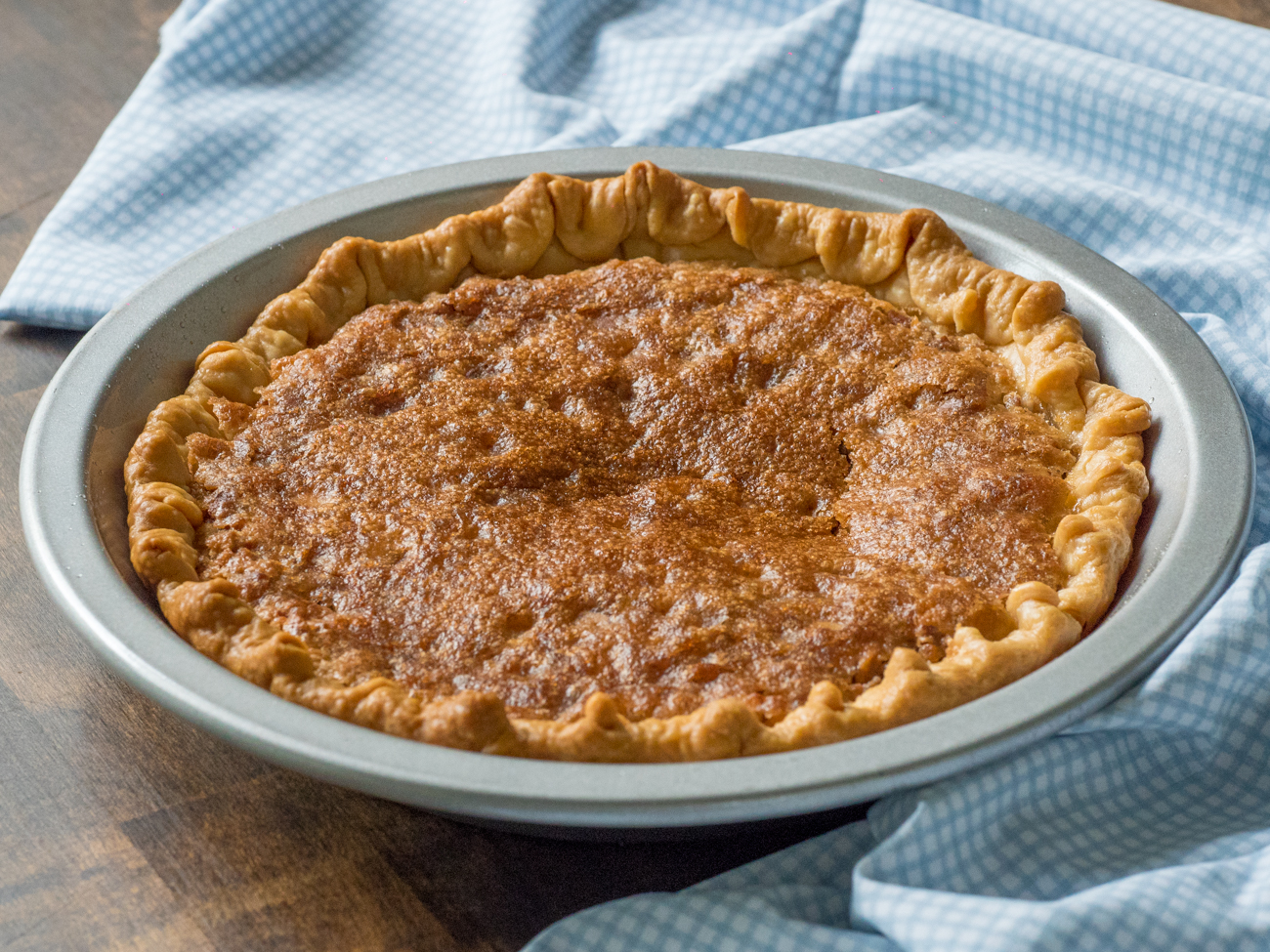 So, what’s the deal with using beans in this recipe, you ask? Pinto beans are a pretty mild bean in terms of flavor, and it turns out they go very well with pecans and make a great pecan pie substitute. Mashing them slightly gives you a creamy, thick filling – add to that some other typical pie ingredients, including pecans, and you’re in business! 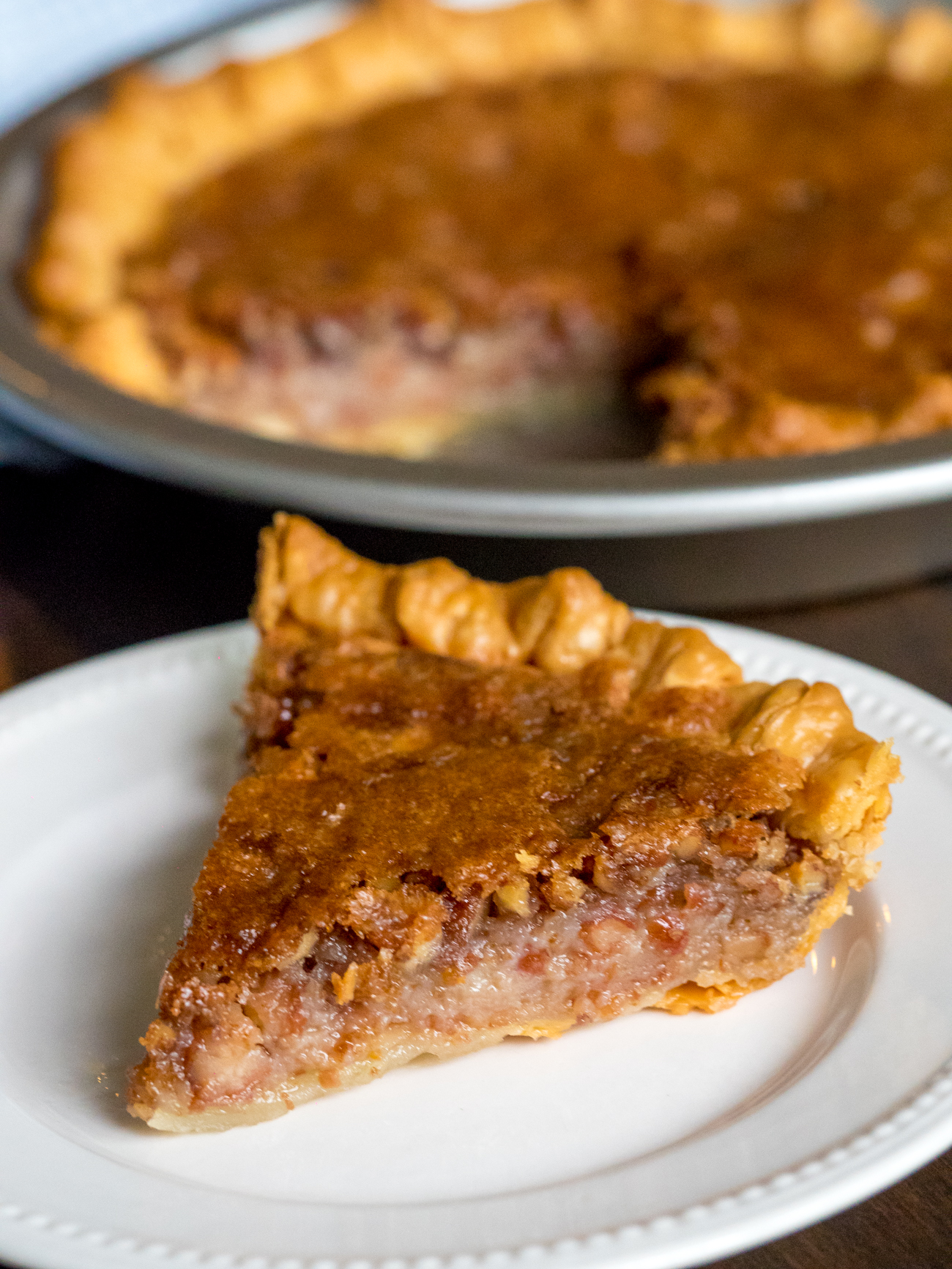 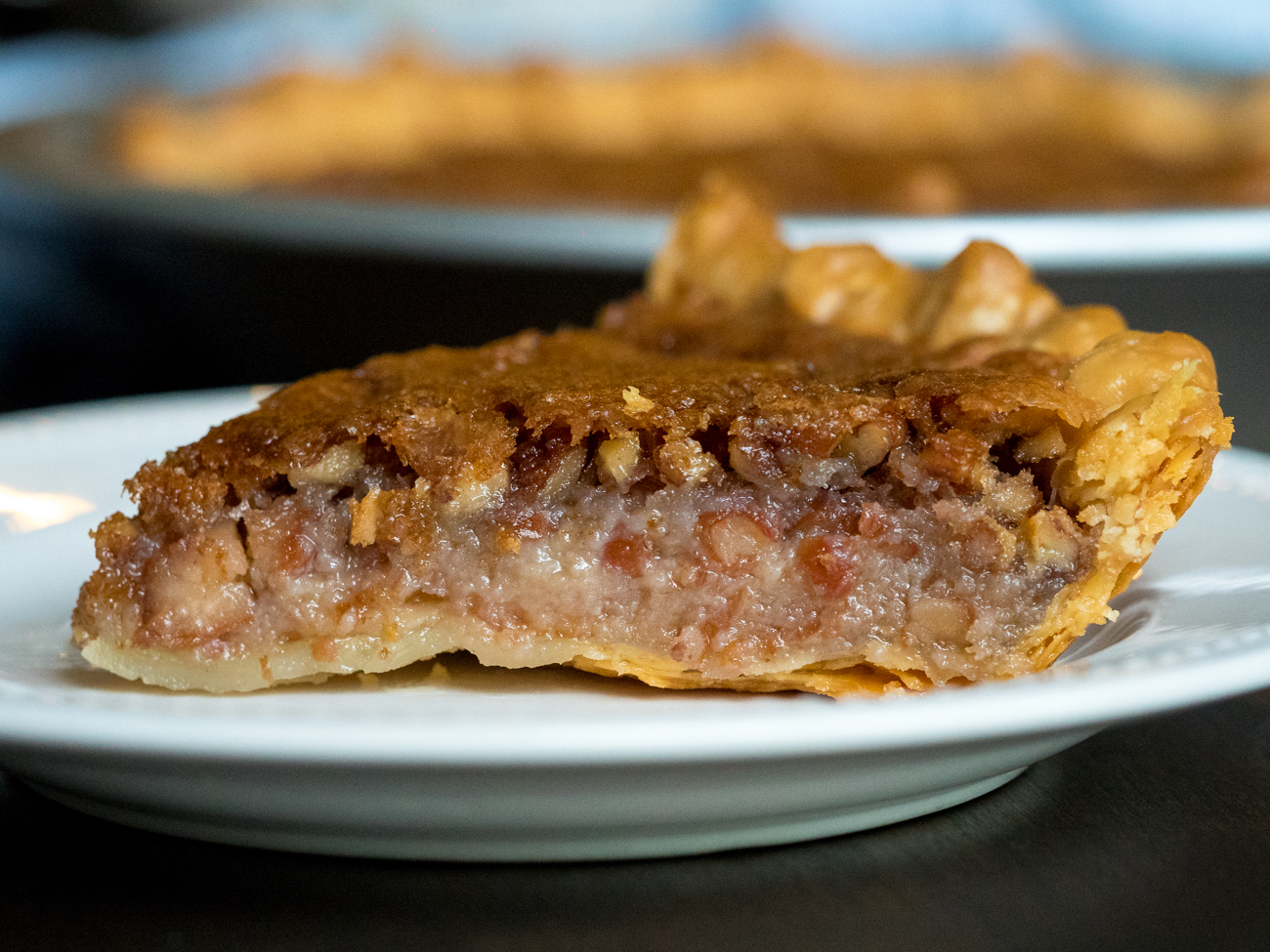 While we love making this pie just for ourselves, the best is making it when you have friends over and having them guess the secret ingredient. They think they’re eating a classic pie, raving about the flavor, and telling them they’re eating pinto bean pie always gets a great reaction from them! They can’t believe there’s a typically savory ingredient mixed in there and always end up asking us for the recipe so they can make it again. The fact that it’s a recipe comprised mainly of pantry staples doesn’t hurt either – it just means you’ll be able to whip it up anytime the craving hits! 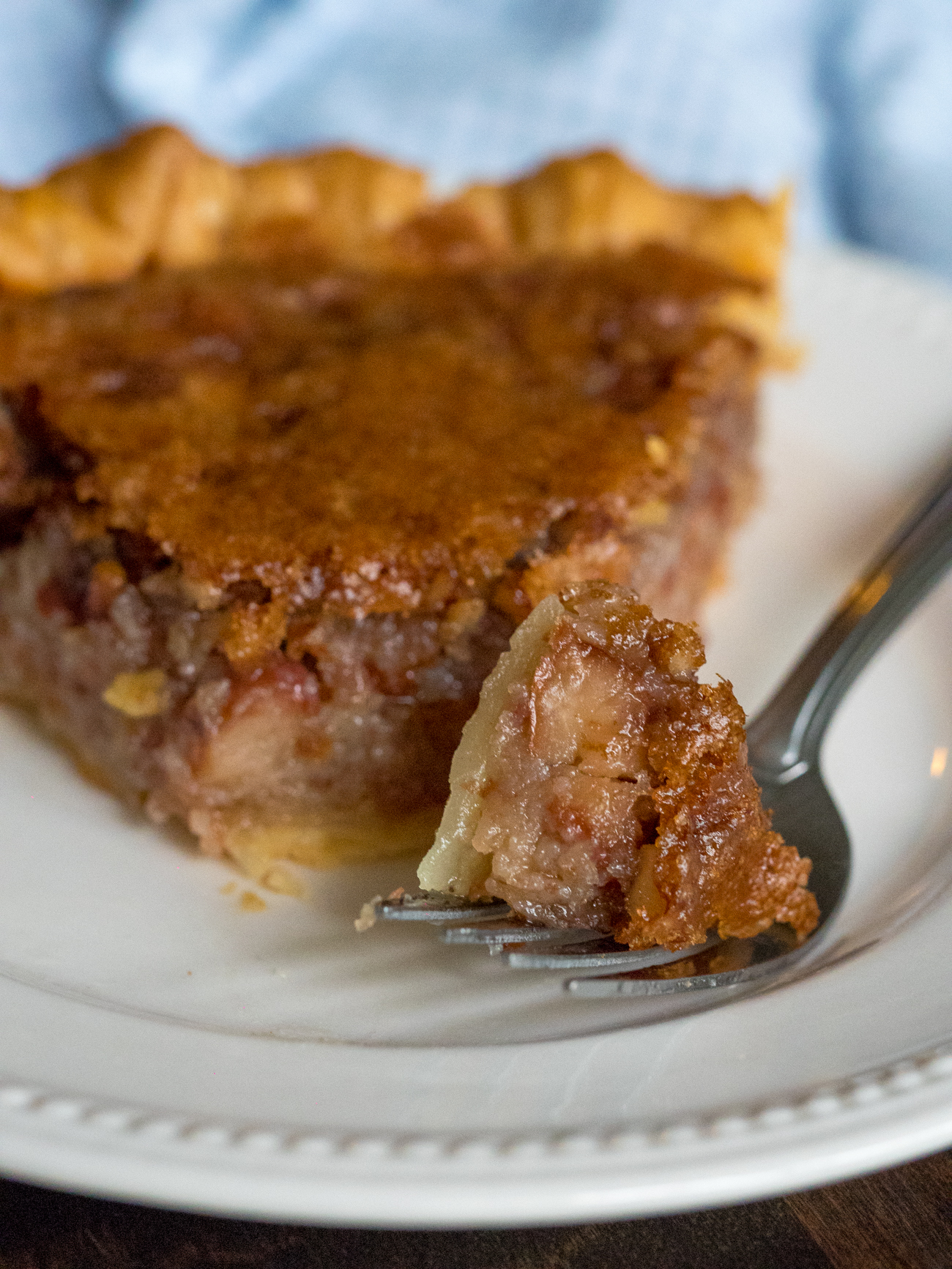