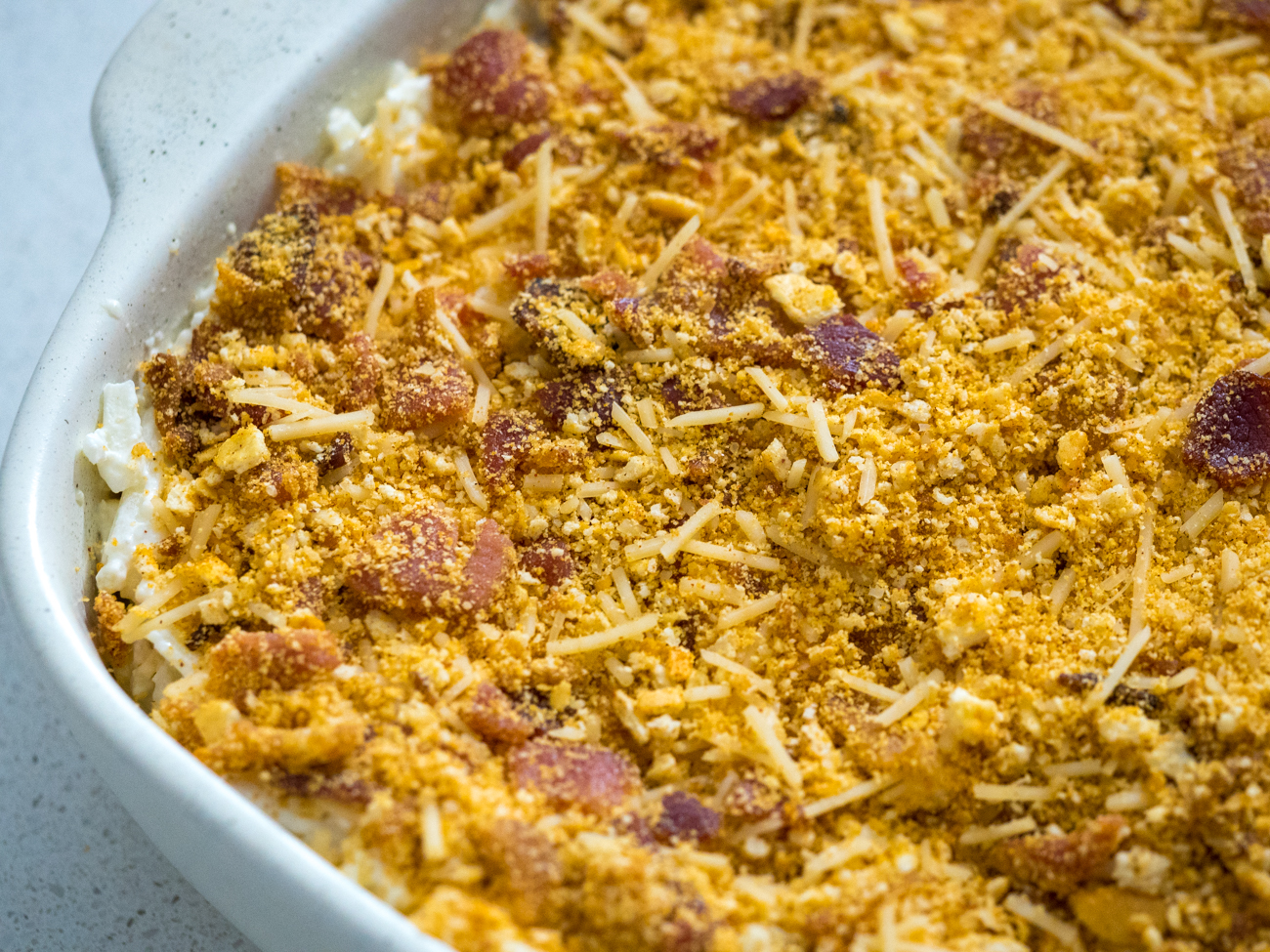 One great thing about casseroles is that you get a piping hot complete dinner served out of a single dish. Another great thing about casseroles is that they are often irresistibly creamy and cheesy and totally comforting. Case in point, this Pepper Jack Potato Casserole. With a base of hash browns folded into an oh-so-creamy sauce made ooey-gooey with both zesty pepper jack and nutty Parmesan, it’s everything you could want from a casserole. (And I didn’t even mention the buttery cracker crumb topping yet! We all know you can never go wrong with a golden brown cracker crumb finale. And this one has bacon involved.) 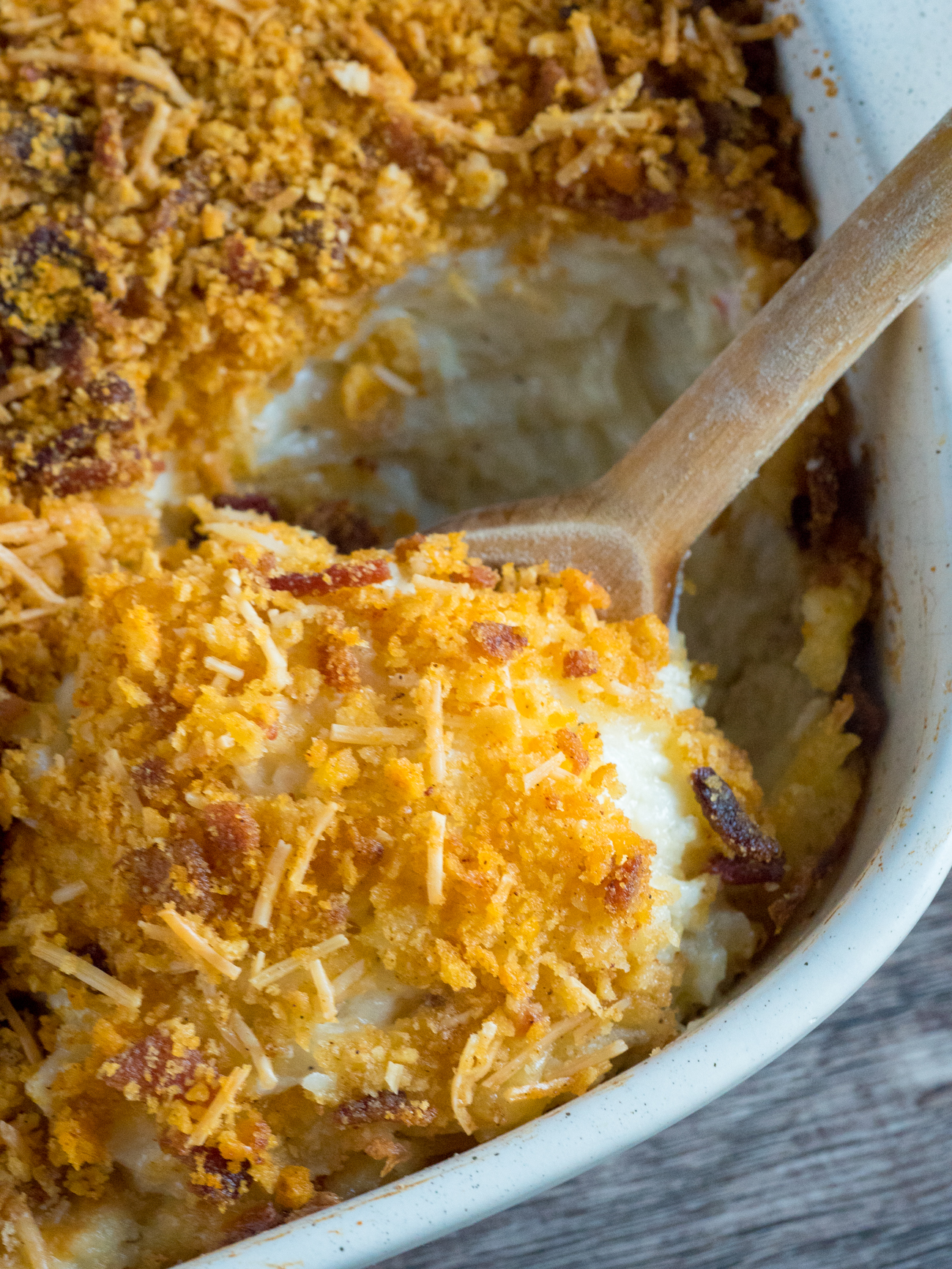 This bake is based on potatoes, but since you can use a frozen bag of shredded hash browns, there’s little work to be done by you. You fold those into a mixture of cream of chicken soup (sorry not sorry), pepper jack cheese, heavy cream, melted butter, sour cream, and a bit of Parmesan. 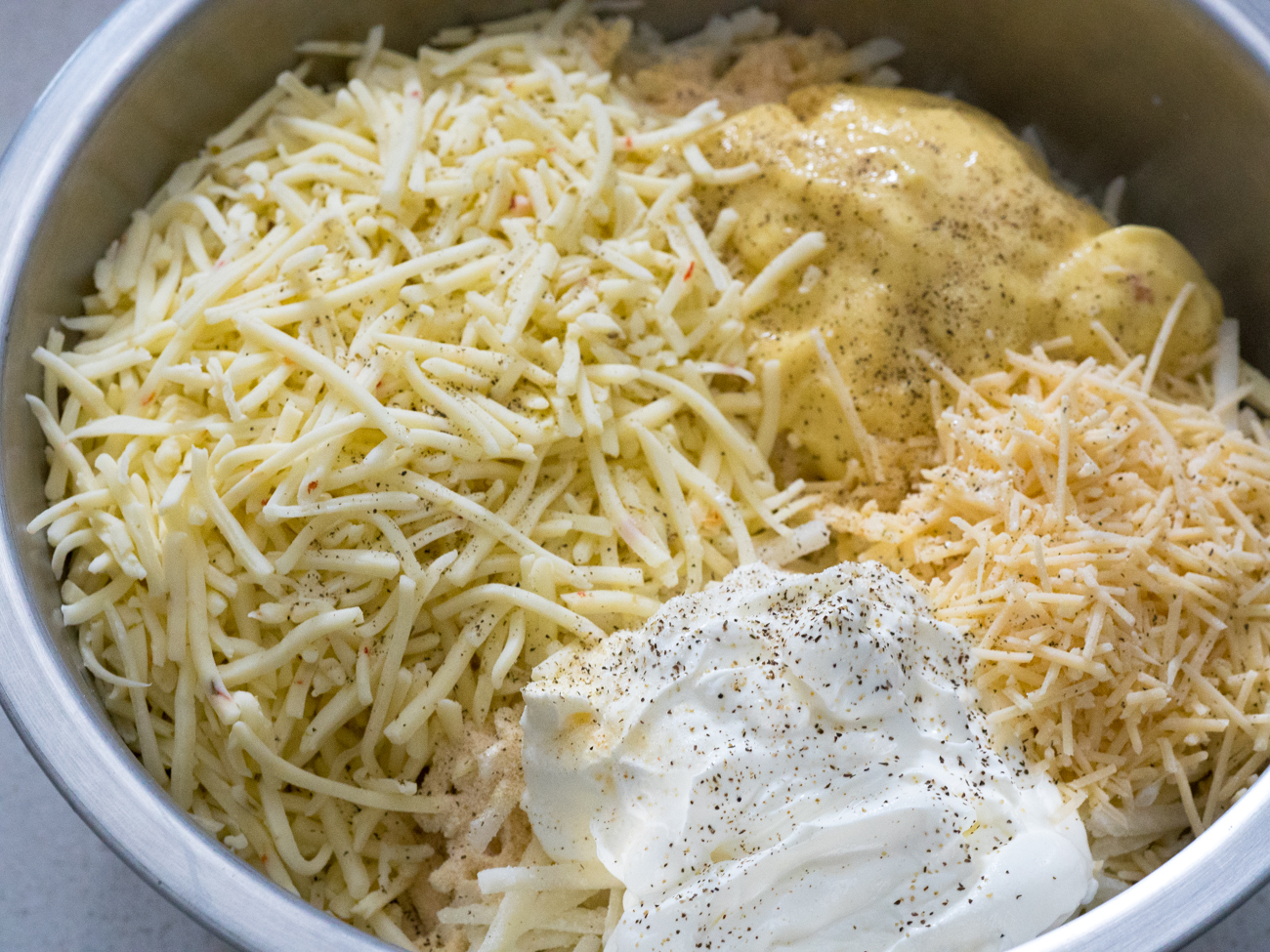 Once that’s in the casserole dish, you top that with a mixture of butter cracker crumbs (think Ritz), crumbled bacon, a touch more Parmesan, and a little bit of paprika for some added smokiness. 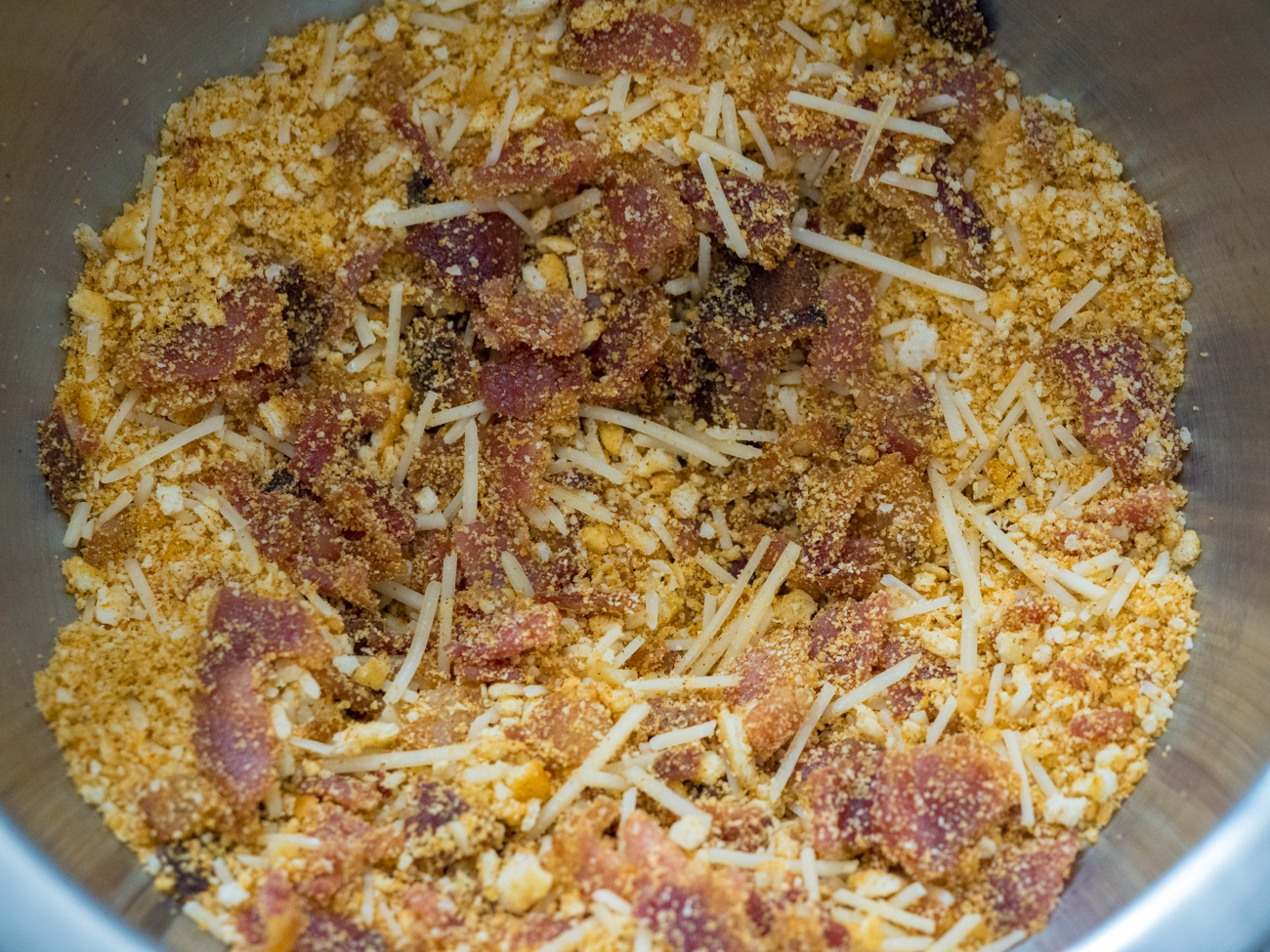 That bakes into a topping that becomes golden brown and crisp in the oven and is salty and savory and crunchy enough that you just might be tempted to top everything with it from here on out. 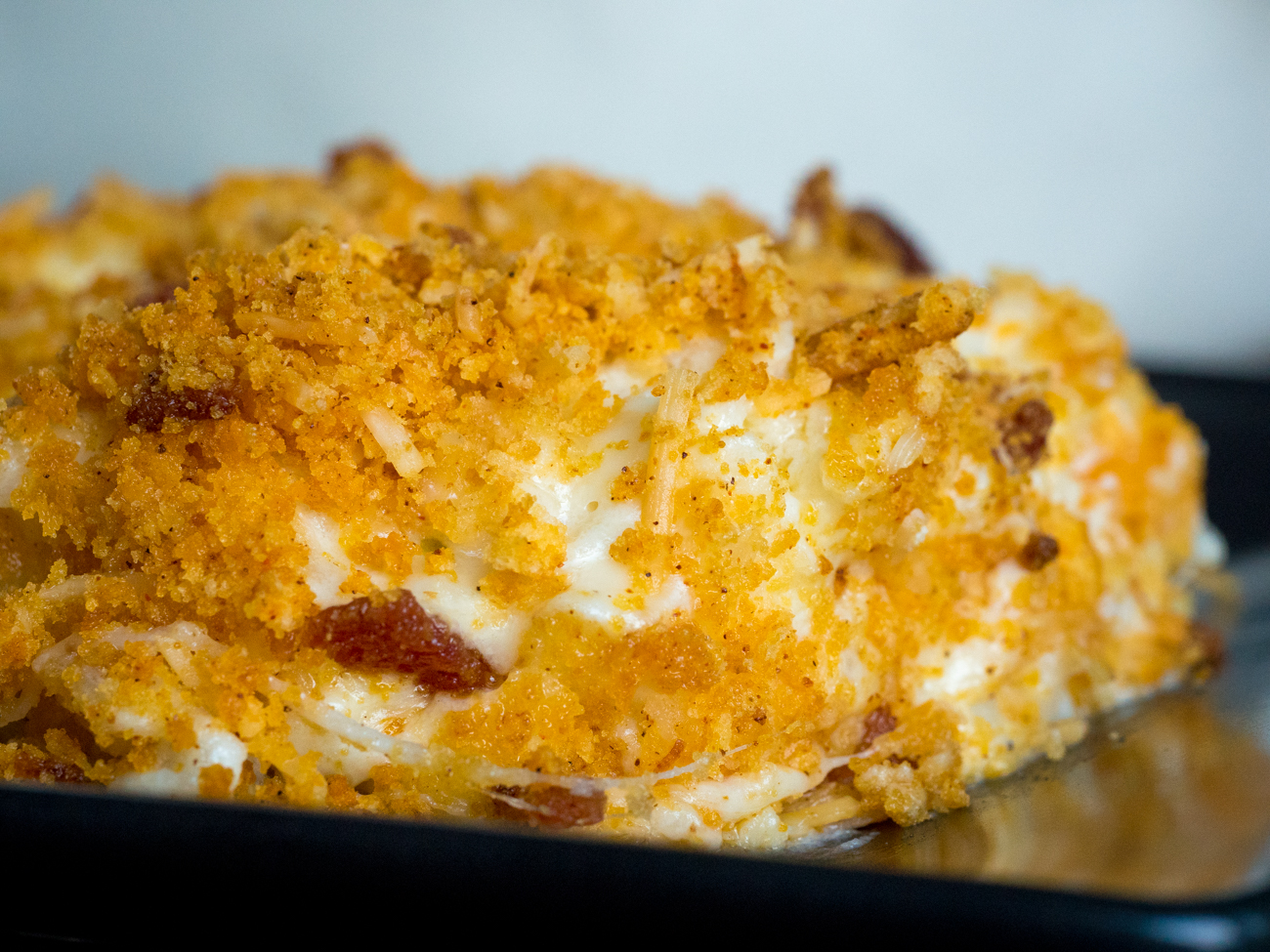 Cream of chicken soup, sour cream, heavy cream, two kinds of cheese… That’s a whole lot of creaminess! But thanks to the potatoes, the crunchy topping, and the slight spice of the pepper jack, it’s not in any way overwhelming. Instead, it’s exactly the kind of delicious comfort you want to scoop out of a casserole dish. 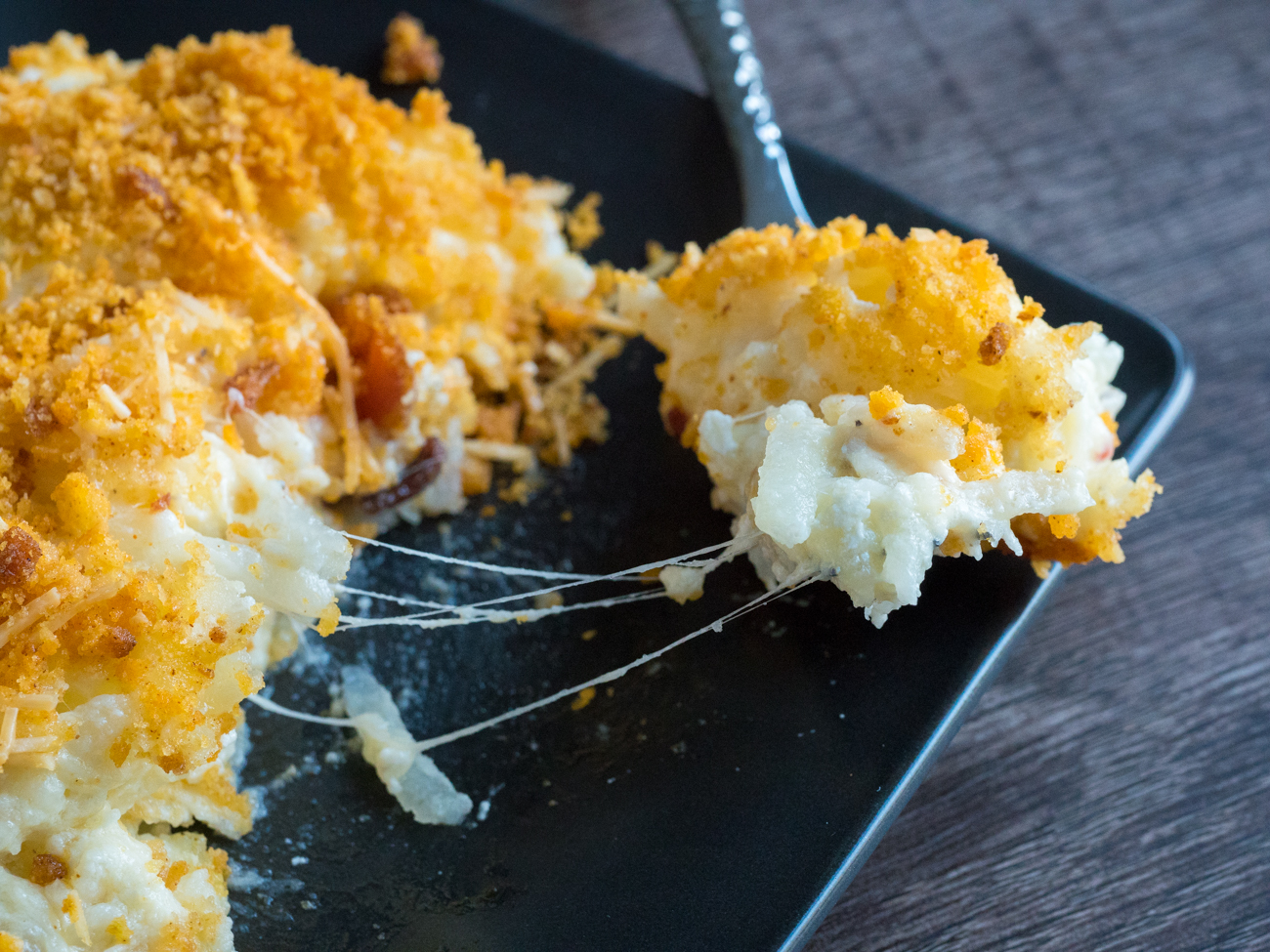