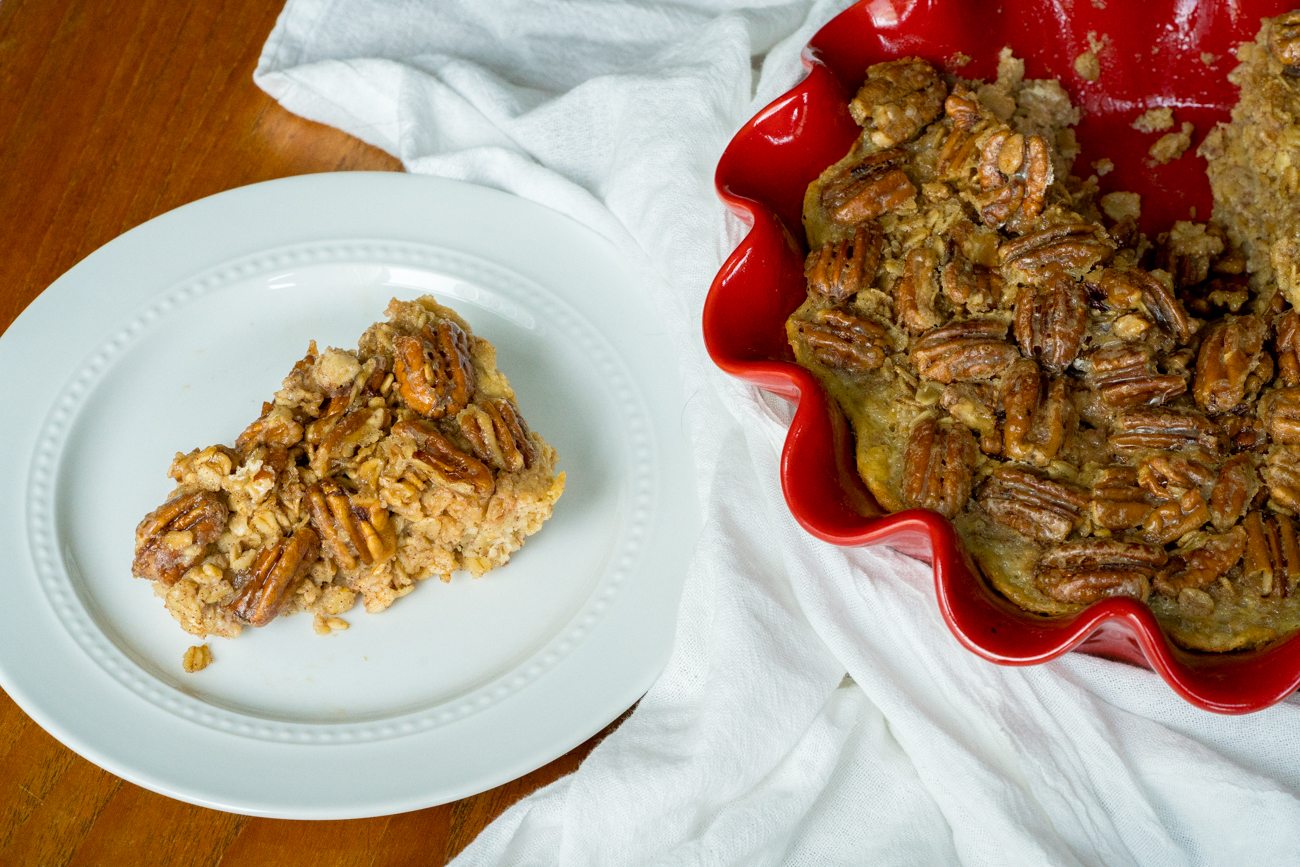 So, we all know that oatmeal is a morning staple. And mayyyybe it can start to seem kind of basic after a while, but it turns out that when you bake your oatmeal it transforms it into something that feels much more special even though it’s still totally simple to make. And this particular baked oatmeal has a pecan pie thing going on that’s not to be missed. It manages to be hearty and sweet and it comes with a buttery, mapley, crunchy pecan topping that you’ll want to put on absolutely everything. 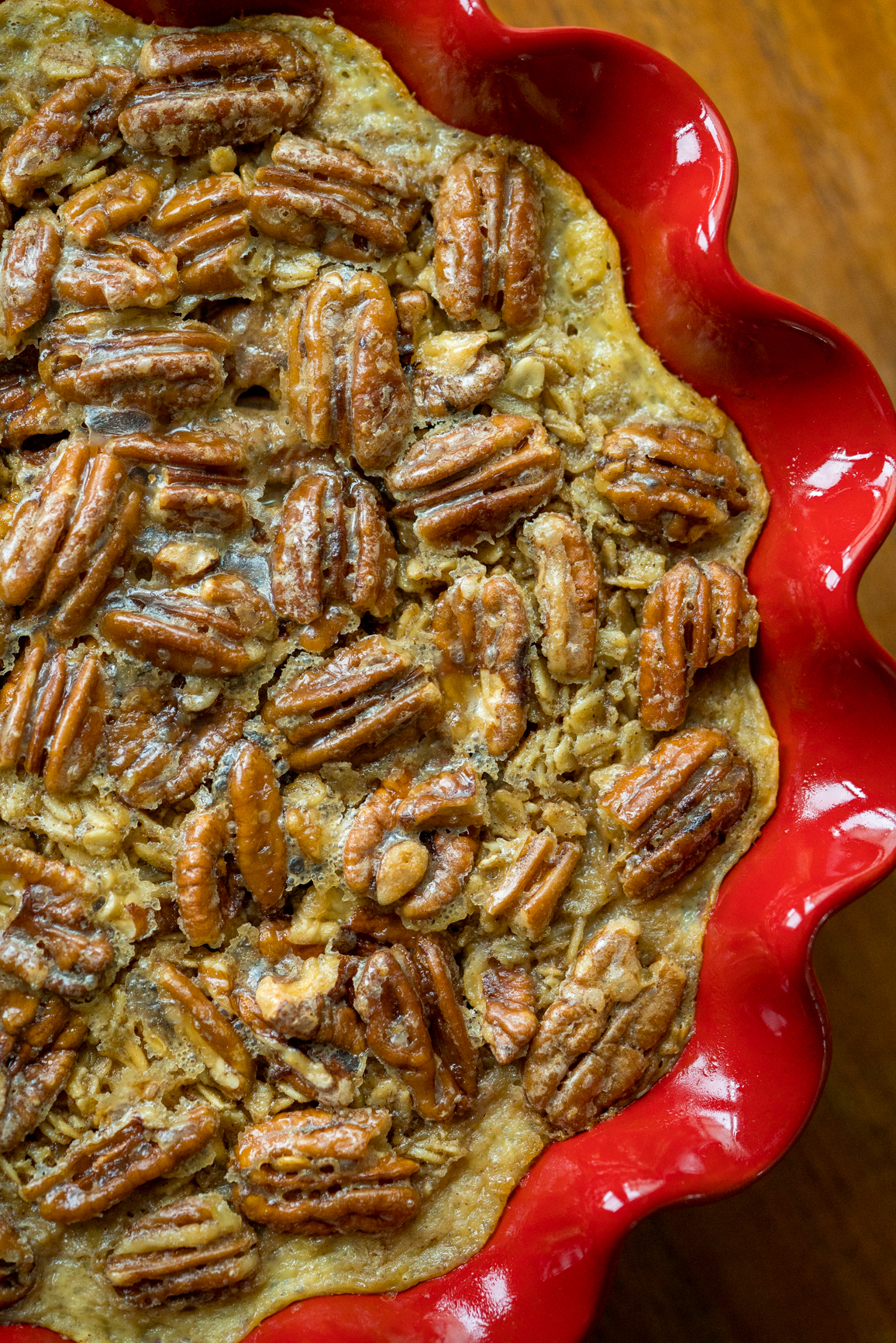 When you bake oatmeal, you don’t need to precook the oats in any way, because, well, that’s what the baking is for. You just mix the oats with some seasonings – in this case, cinnamon and brown sugar – and then with some eggs, milk, and melted butter, which help everything bake into a cohesive, sliceable dish. 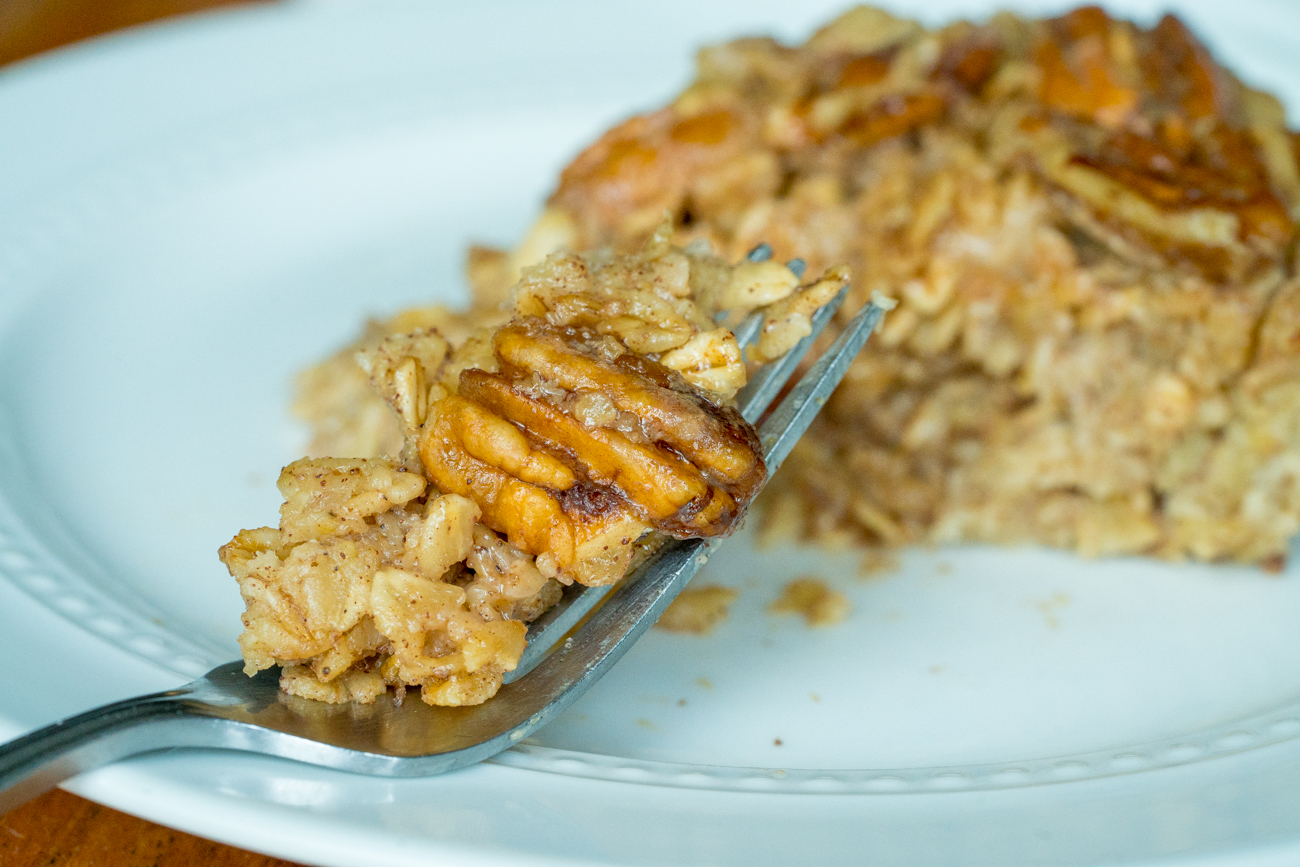 As it bakes, you start to prepare the topping, which takes a little stovetop work but isn’t too much trouble at all. (Plus, it’s totally delightful, so you’re not going to mind the extra step, pinky promise.) It’s just a matter of mixing together some butter, brown sugar, maple syrup, and pecans in a saucepan and boiling them briefly until the pecans are coated in sticky sweetness. 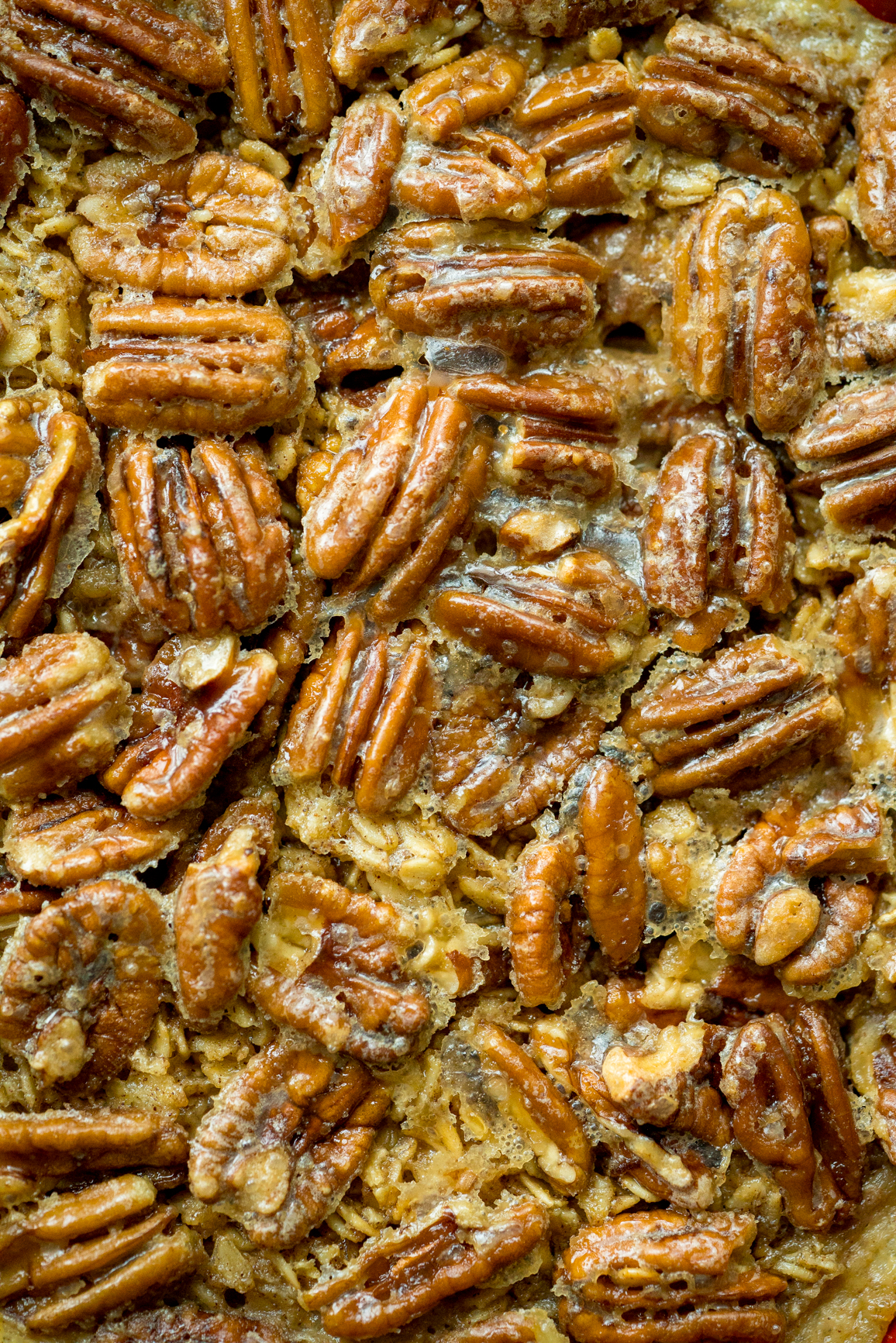 That topping gets poured over the oatmeal and it heads back into the oven for ten minutes or so. The pecan topping sets up so it delivers a delicious crunch, while the oatmeal underneath is chewy and just sweet enough. It’s a seriously delicious way to start your morning! 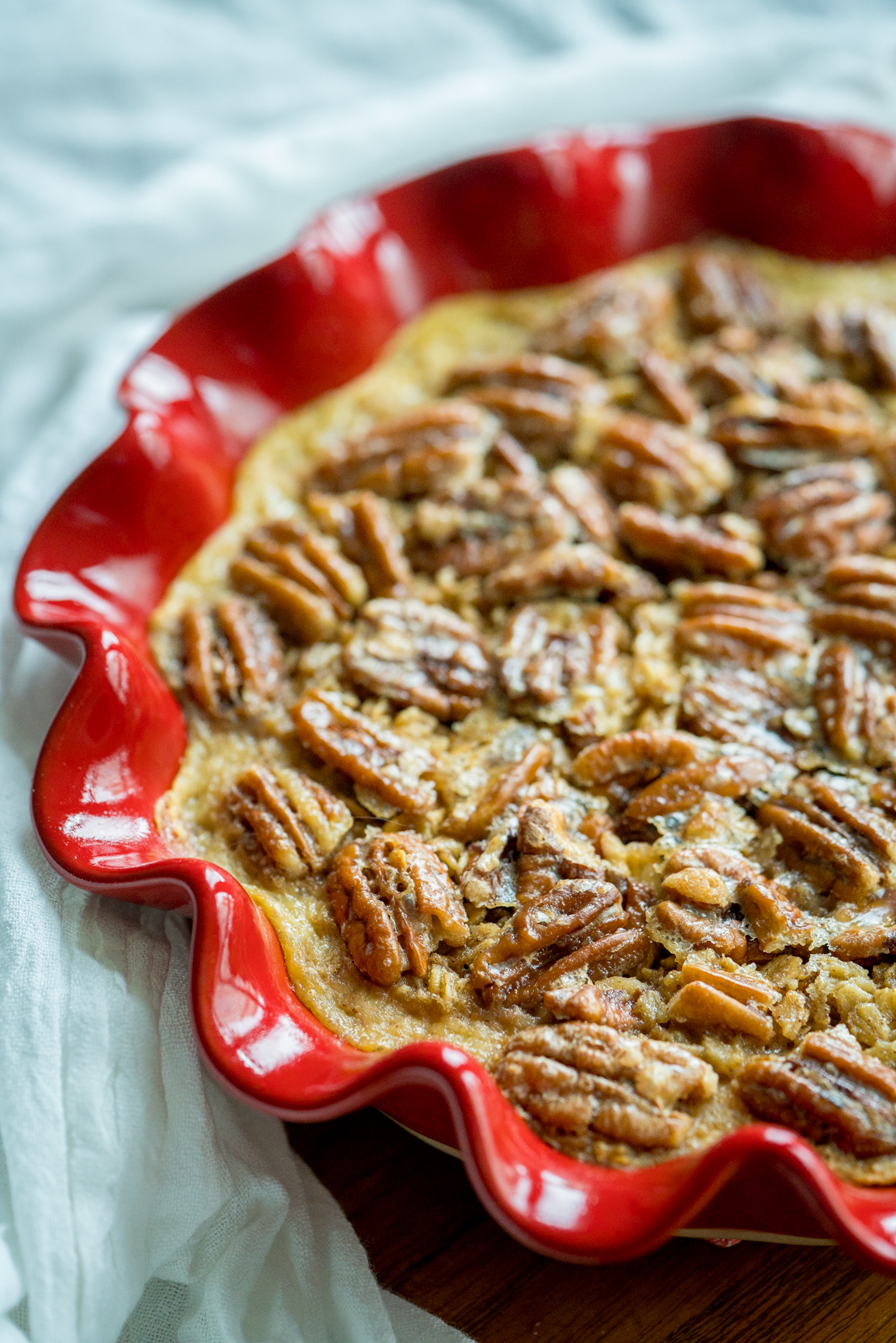