The Long History of Oktoberfest

Ask just about anyone who’s been and they’ll tell you that Oktoberfest is, above all else, a great excuse to drink plenty of beer and eat good food. These celebrations started in Germany, but now have traditions all over the world. However, the Oktoberfest in Munich is still the biggest and best of them all. It might seem like a modern invention to snag tourists, but in reality this festival goes back centuries and has a surprisingly romantic origin story. 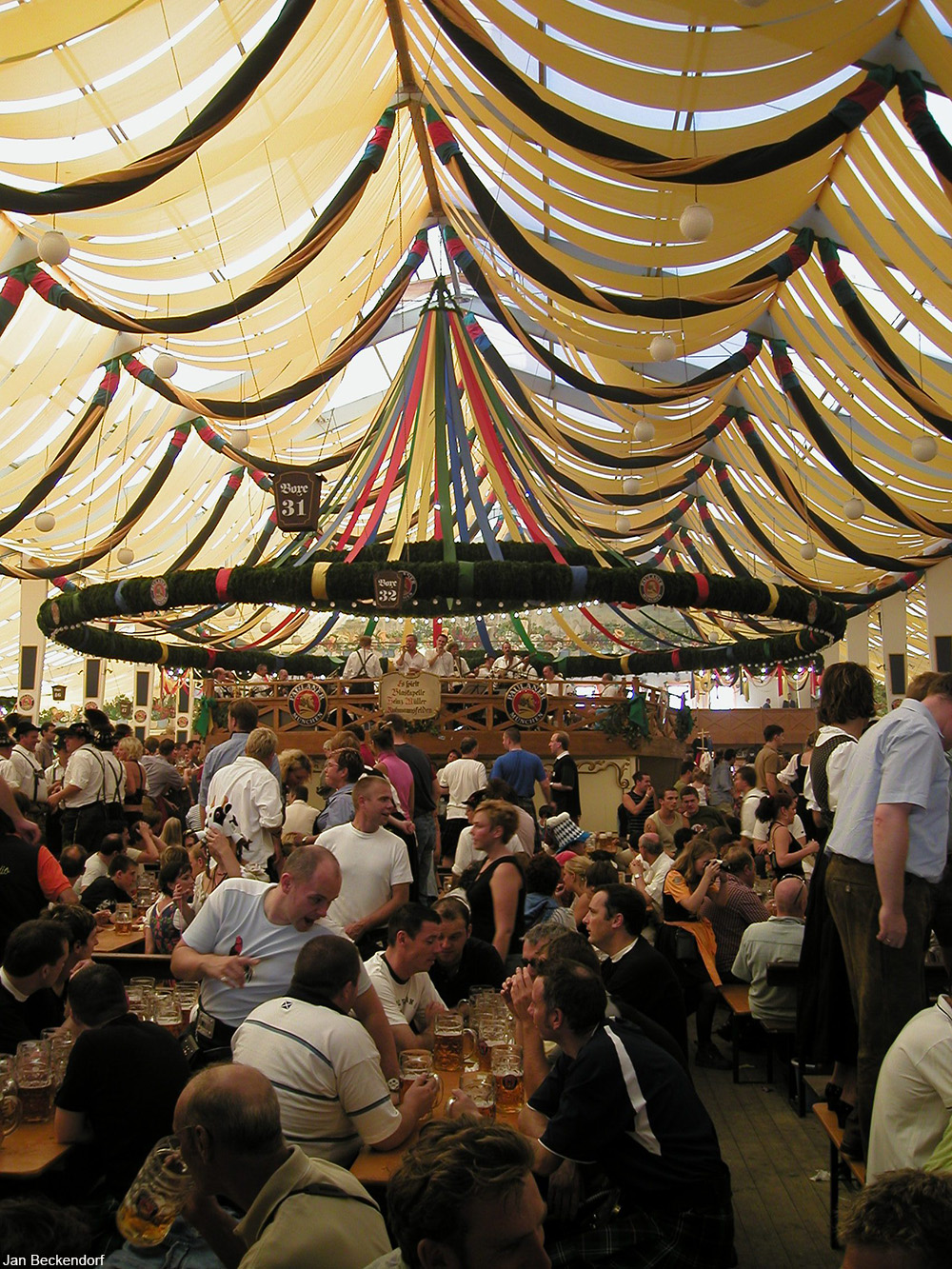 Back in the 19th century, the royal marriage of Crown Prince Ludwig (later King Ludwig) and Princess Therese of Saxe-Hildburghausen (later known as the Queen Consort) was very big news. Their wedding, which took place on October 12, 1810, was a cause for merriment. The citizens were invited by the royal family to celebrate on the lawns near the city gates of Munich. Those fields were nicknamed Theresienwiese – after the new bride. To this day some locals call the festivities Weisn after this nickname. 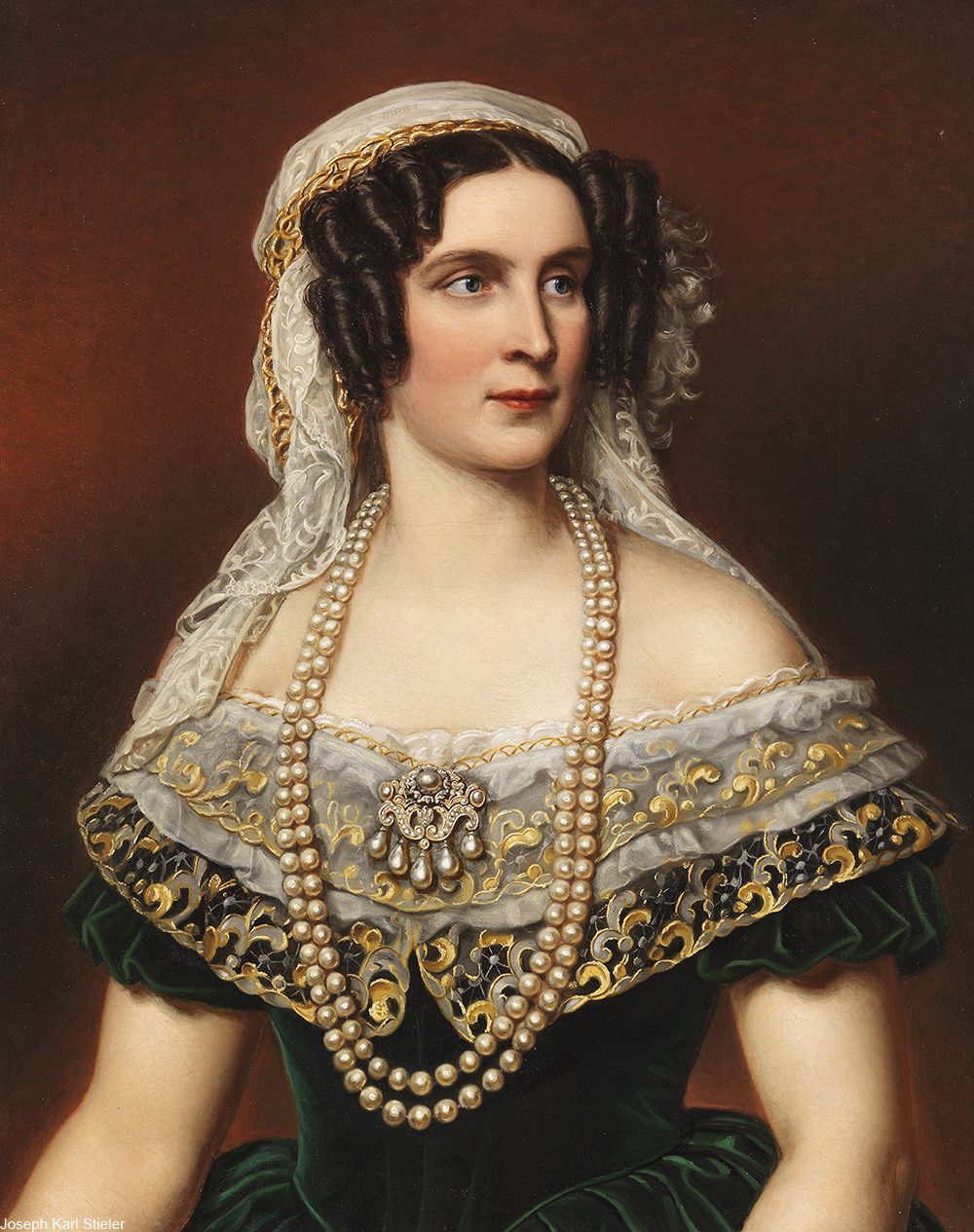 The queen consort as painted in 1855. Via/ Wiki Commons

The festival usually lasts between 16 and 18 days, with live music, fun fair rides, and other attractions held every day of the event. Every year since 1810, with the exception of 24 years overall (many during wars), the festival has been celebrated. The first Oktoberfests involved heavy doses of horse racing, something which is no longer offered at the event today, but which is a large part of why the celebrations were continued every year. 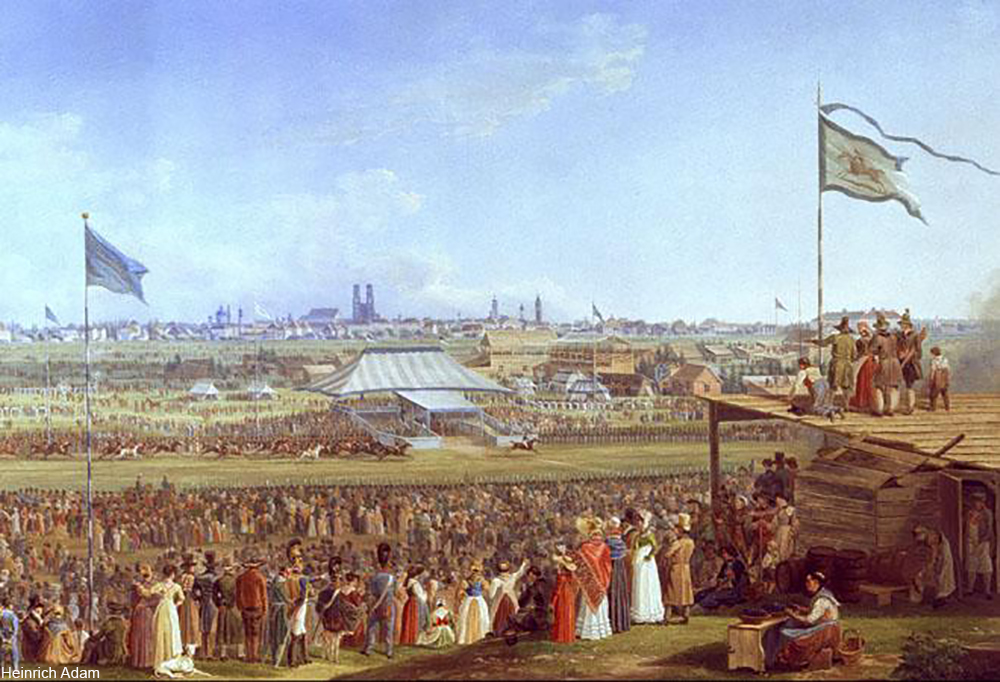 Oktoberfest 1823 in Munich. Via/ Wiki Commons

Horses and cattle still play a role during the parade of riflemen, with human participants dressed to the nines in traditional clothing. This part of the event was first held in 1835 to celebrate the royal couple’s silver jubilee wedding anniversary and was revived many times over the years before becoming a permanent part of Oktoberfest in 1950. As per modern trends dressing in traditional clothing during Oktoberfest is something tourists do often and which vendors prepare all year for. 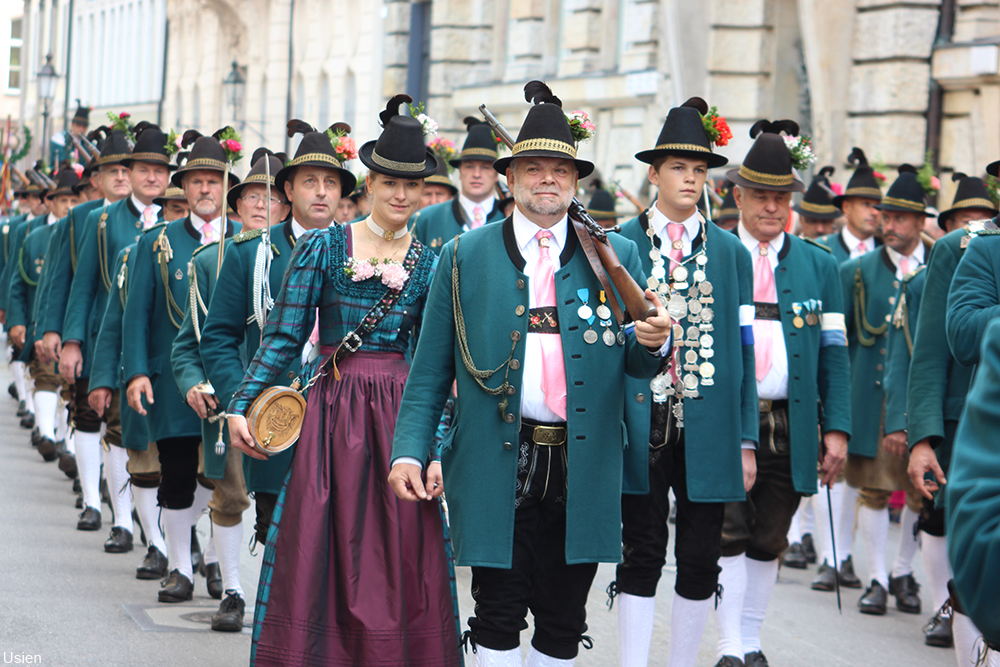 Despite the prevalence of beer, the event is generally considered suitable for families and the elderly, with children are allowed inside the biergarten tents- a practice that reflects the European attitude towards towards keeping a close eye on children. However, kids are not allowed in after 8pm because the drinking intensifies at night. 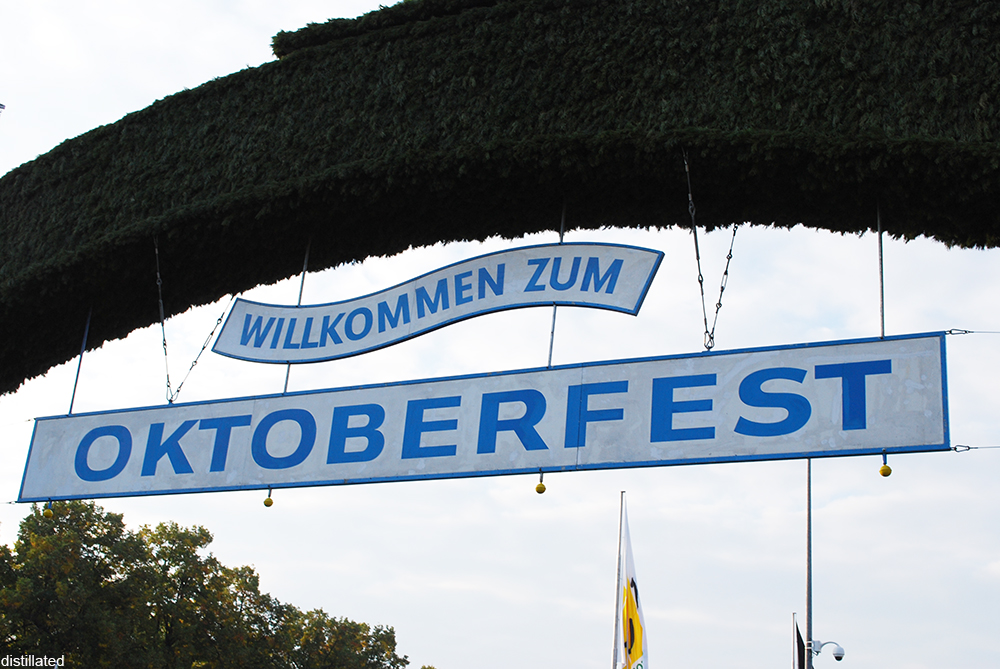 The food served at Oktoberfest includes pork knuckles, grilled chicken, and soft pretzels, with many other types of traditional German foods also available. Weisswurst, sauerkraut, spätzle, smoked fish, and knödel are among the many dishes one can acquire while visiting Munich during this busy fair. 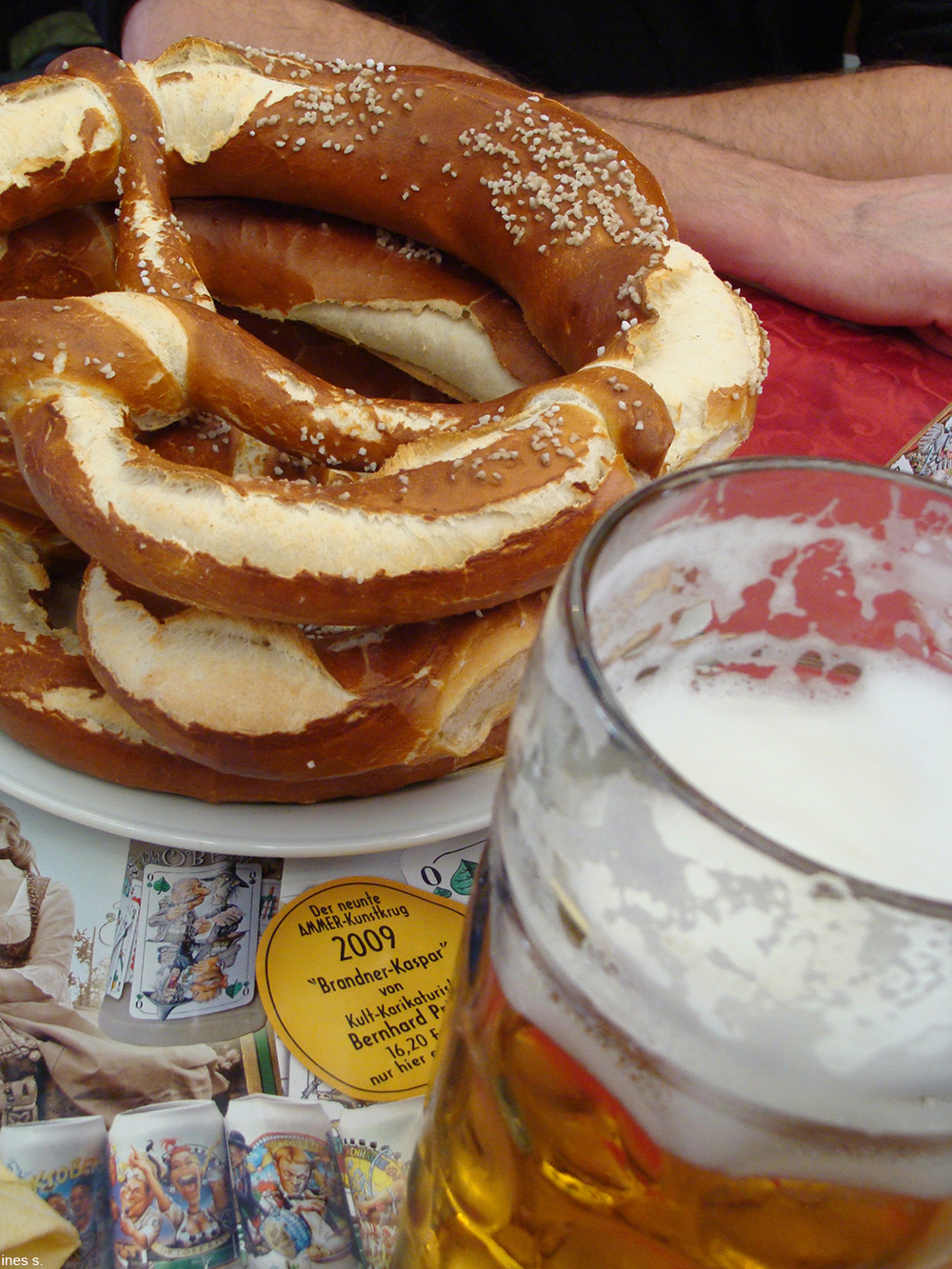 Today Oktoberfest is one of the biggest tourist attractions in all of Europe, with around 1 million gallons of beer consumed during the event and about 6 million people visiting the festival each year. Like everything else, Oktoberfest is a firm part of the 21st century with the festival app available for download. The app contains a program of events, as well as a useful friend finder feature, especially handy when drinking.