For those that love all things either Halloween or Disney, there is some great news. Funko is coming out with a new line of Disney villain-themed cereals in order to celebrate Halloween this year. Two of the featured villains getting their own feature cereals are Ursula from “The Little Mermaid” as well as Oogie Boogie from “The Nightmare Before Christmas.” Both will be on sale exclusively at Spencer’s and Spirit Halloween stores starting on September 11, 2019.

Both cereals will contain ring-shaped multigrain pieces, with Ursula’s in her classic purple coloring, while Oogie Boogie’s will be neon green. Each cereal box will also come with a miniature Funko Pop! version of the villains.

If you wish to pre-order the cereals, you can now do so from the Spirit’s web site. Each box starts off at $10.99. It may sound a little steep for a box of cereal, but it also means you get a Funko collectible. Makes it all worth it, right?

This is what the Oogie Boogie FunkO’s Cereal box looks like: 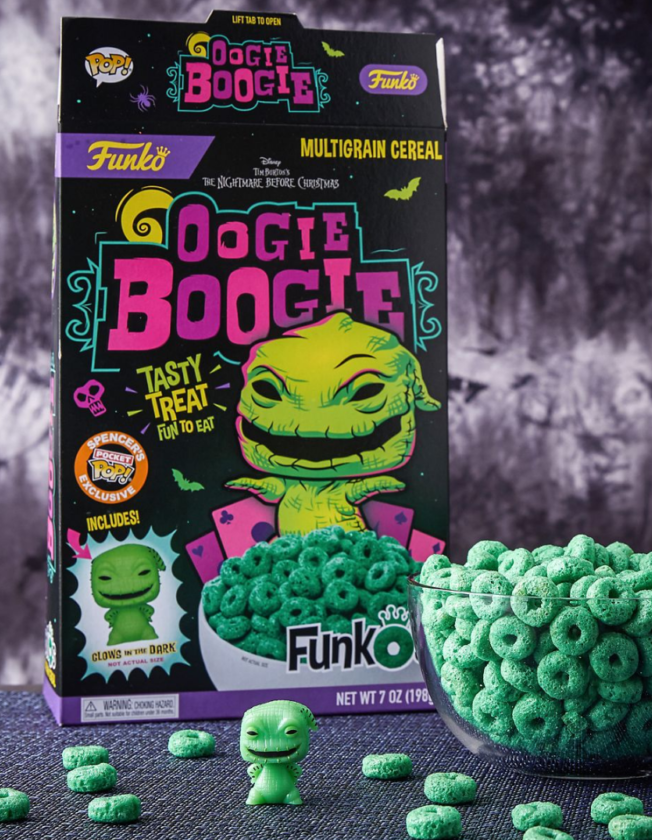 And here’s a close up of the Oogie Boogie Pocket Pop Figure: 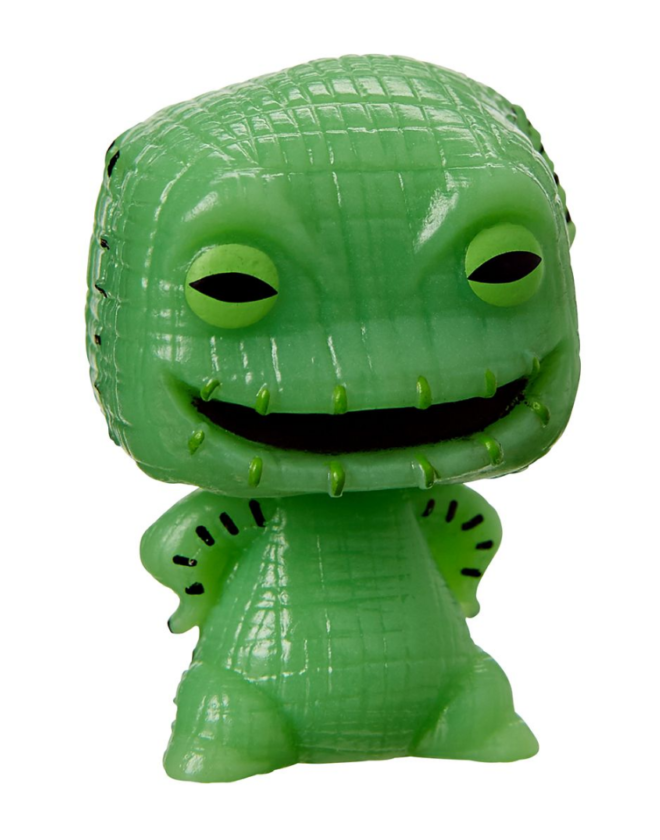 The Ursula FunkO’s Cereal looks both scary and as well as delicious: 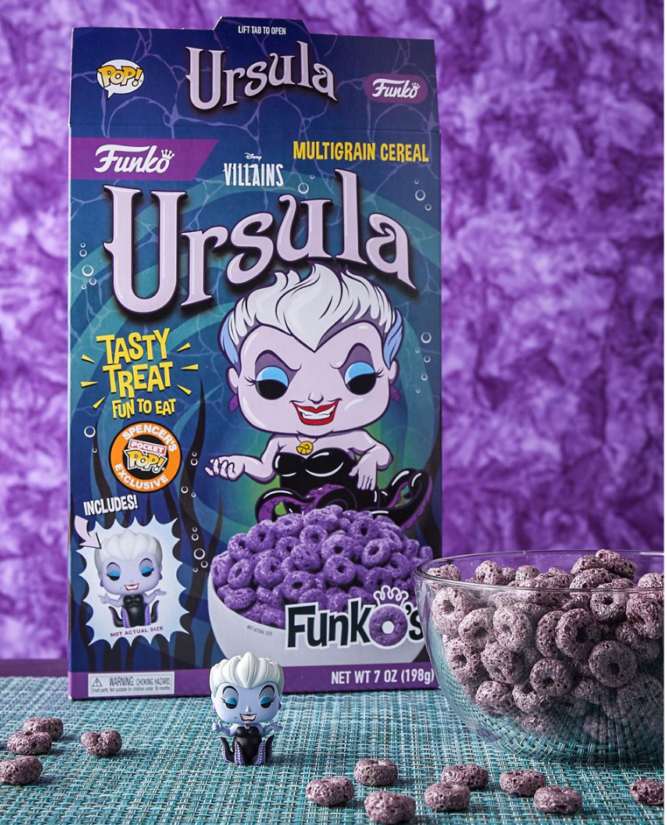 And this is what you can expect the Ursula Pocket Pop Figure to look like: 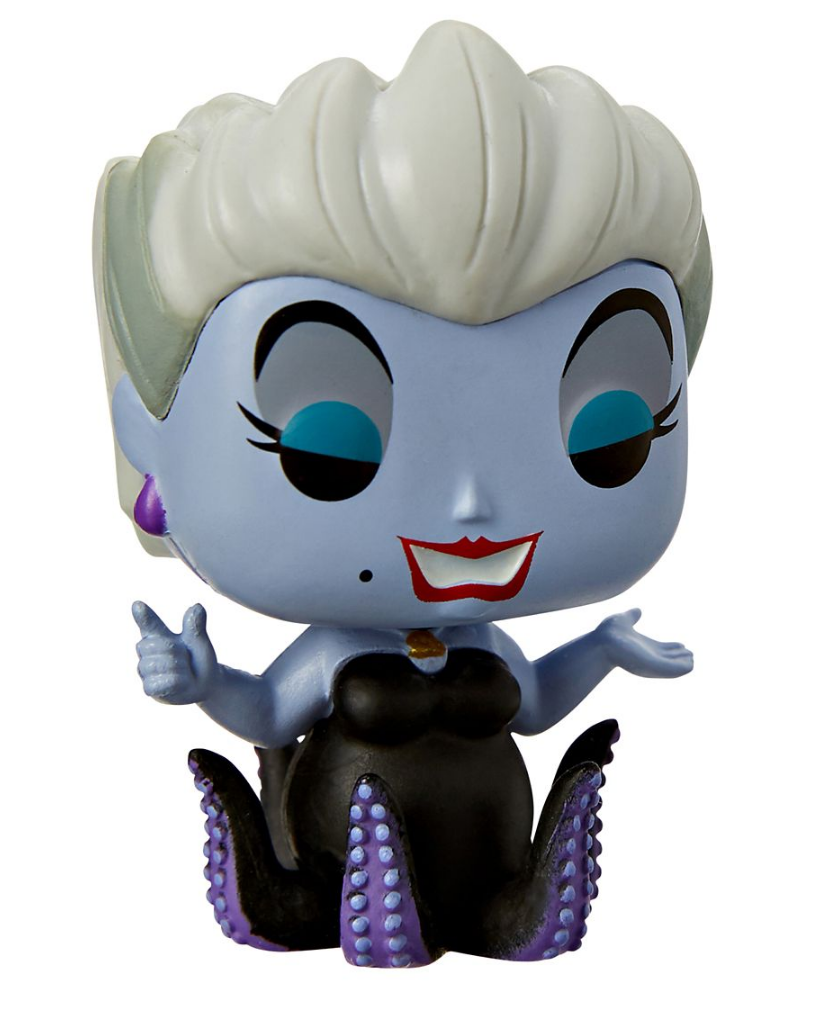 Spooky and adorable all together.

Naturally, these cereals are aimed more so at kids since they have games on the back of the box: 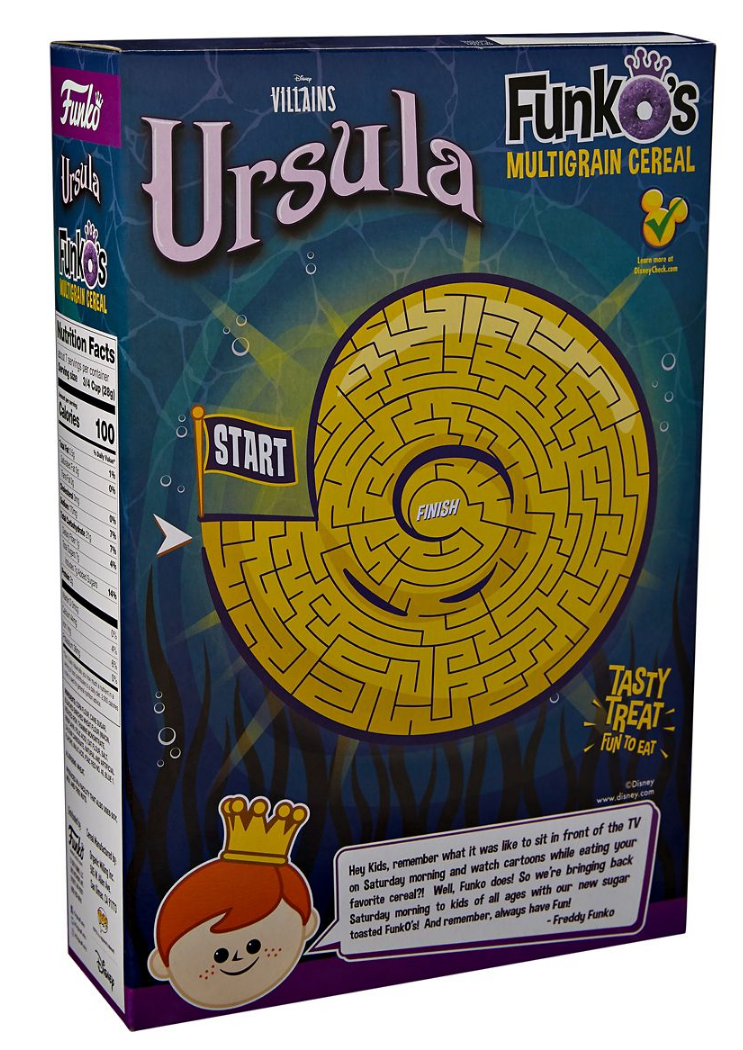 But they can be enjoyed by adults as well. Who doesn’t love a good sugary Halloween breakfast cereal at any age?

In addition to the popular Pop! figures, Funkos is known for its cereals that are based off popular TV shows such as “The Golden Girls” and other pop culture references.

While there’s no doubt the new cereals are delicious in a bowl of milk or just straight from the box, but they could also make for a fantastic ingredient in different Halloween treats. People can fry them up for a colorful snack that can be served up at Halloween parties or just bagged up individually in order to pass out to any trick-or-treaters that might be knocking on the door. They can also be used as toppings to put on cupcakes or frozen yogurt.

Will you give be getting these cereals into your kitchen for this upcoming Halloween season?