It was Good Enough for Laverne: Milk with Coke Making a Comeback

If you ever watched Laverne & Shirley then this drink might be familiar to you. Recently rediscovered, the trend for mixing Coke and milk has now taken Twitter and other other social media platforms by storm as people argue passionately about whether this combination is delicious or horrendous. 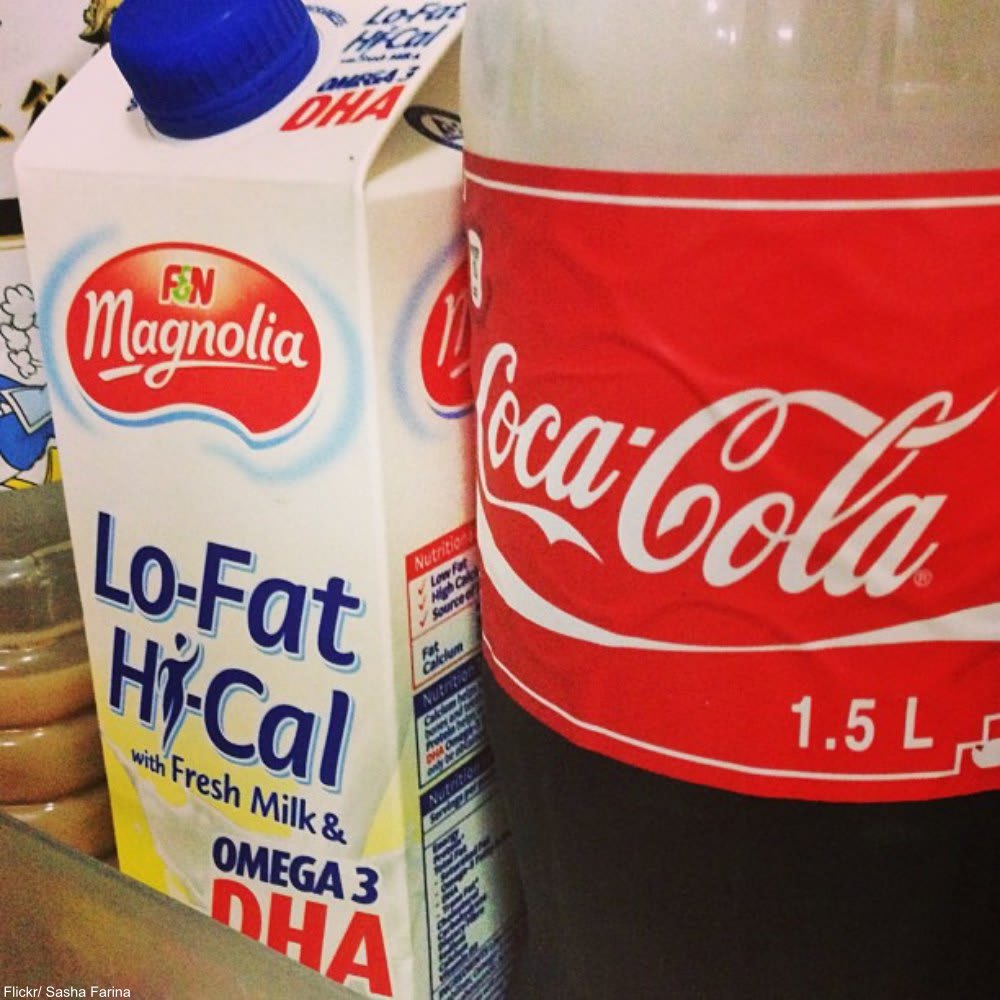 The debate started when a few people began posting images of their concoctions with positive summations of what the drink tastes like. Since everyone has an opinion it was no shock when loads of people began to criticize the drink and express disgust at the mere notion of it.

What do you pour first? The milk or the coke? pic.twitter.com/SxjbV7blwO

Some folks speculated that it probably just tastes kind of like an ice cream float, if a little less creamy and fizzy. However, there were those who tried it thinking it would be like a float and were sadly disappointed.

Yeah, I tried it. So meh. “It’s even better than a float!!!”…No it’s not. It tastes like a float but without ice cream, which is the best part, and it gives me the exact same stomachache that a float does. #MilkCoke is not worth your time. pic.twitter.com/Qx6hle0n79

**DONT READ IF QUEASY** I got swept up in the #MilkCoke trend, and decided to give it a shot. It’s exactly what you think it is. Coke + good ol’ milk. Much more watery than a soda float. Those who say it’s tasty are either trolling, or they’re dirty rotten liars. #OrItsSubjective #MaybeIShouldveUsed2% #GotMilkCoke? #ItDoesntDoABodyGood

In another turn of events, one astute Twitter user pointed out that on the show Laverne & Shirley, it’s not Coke and milk that Laverne drinks, but Pepsi and milk.

They drank it on Laverne & Shirley all the time! #MilkCoke pic.twitter.com/qTNWU4WelD

Somehow, though, the wrong brand of soda is not the biggest sticking point for grossed out users who claim they would never in a million years try the drink.

There are people so disgusted by this drink that they have tried to use science to argue that no one should drink it. They claim that Pepsi or Coke and milk will immediately give you a stomachache since the reaction of milk and soda can cause the formation of gas and curdling of the milk. However, milk always curdles in your stomach once you drink it anyways, so that’s not really a problem.

Long before this most recent debate, Laverne’s drink was inspiring people to make art and to enjoy the flavors of life.

What do you think? Were you ever inspired by the TV show to try this? Do you think it is too dissimilar from an Italian soda or an old fashioned egg cream?

You might be a baby boomer if you get these pop culture references: Click “Next Page” below!