How Menus Have Changed Over The Last 100 Years

When we think of food in our grandparents’ era (and beyond) we either think of some unappealing foods that just about every kid tries to avoid – like brussels sprouts – or else we think generally of home cooking the likes of which most of us are too busy these days to accomplish. But, a look back at The Pure Food Cookbook (published through Good Housekeeping) from 1914 and the meals planned within gives a whole new impression of what folks were eating back then.

The book was created in part to sell gas ranges (which were the new fangled convenience appliance of the day) and in part to cash in on the pure food craze that was a backlash to unregulated and unsanitary food processing plants at the time. Have a look below. 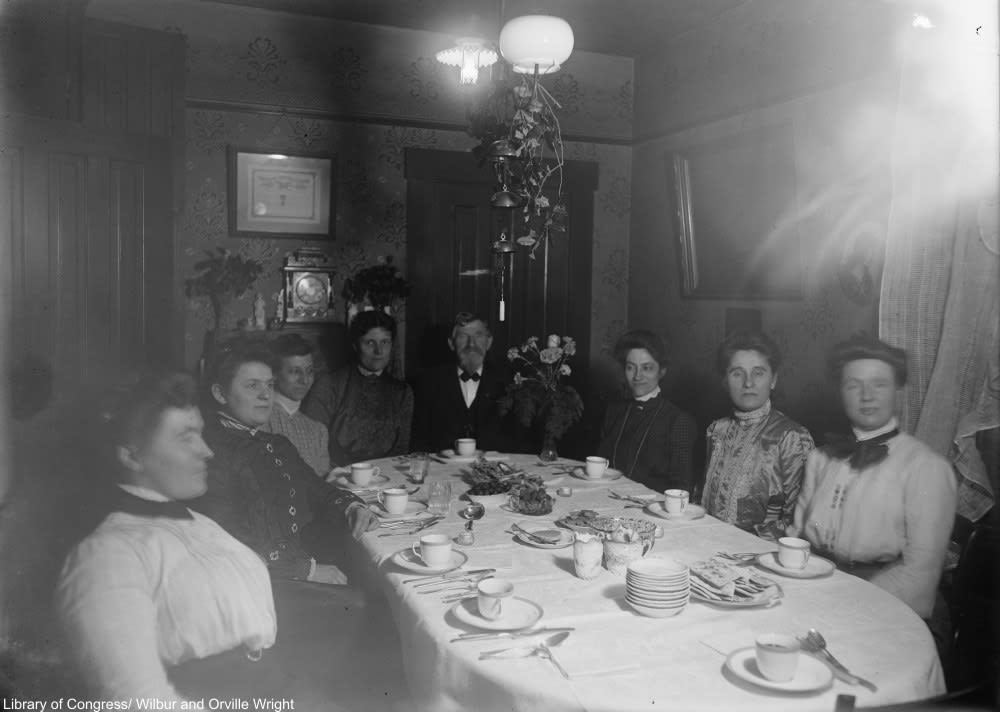 Some of the menus call for fish for breakfast, either in fried fillet form or made into fish balls (like fish hush puppies). Fish was considered a perfect start to the day. One breakfast meal has boiled shad roe as the breakfast protein of choice and there’s even a fish hash listed, too. Oh how times have changed. 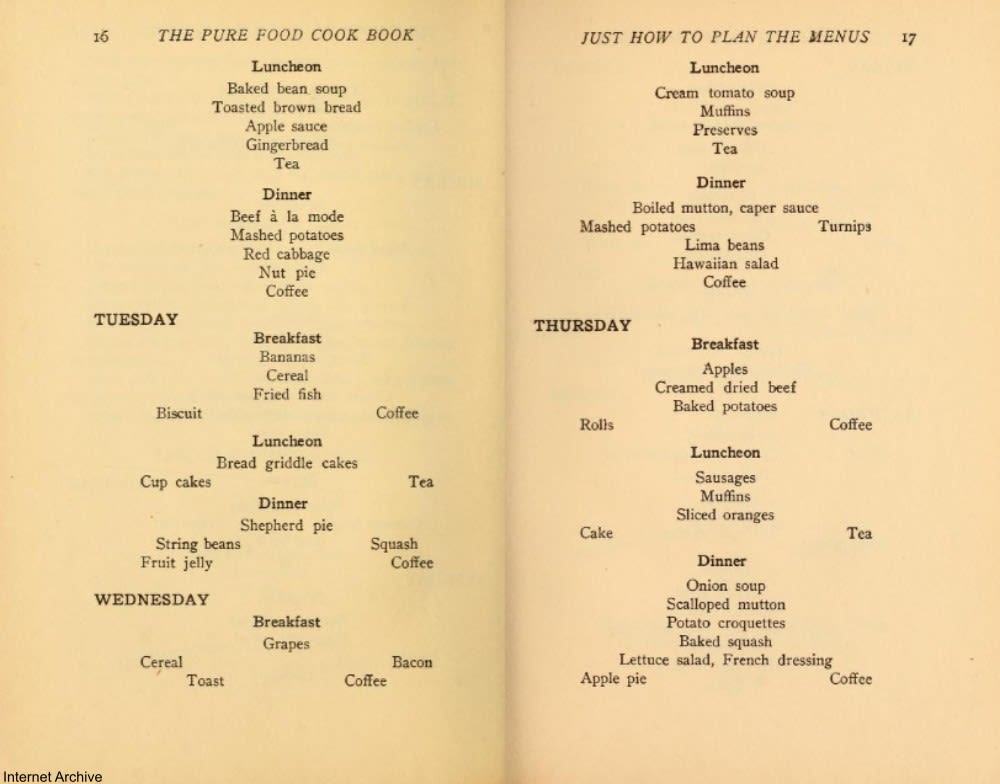 Other items breakfast items that we rarely have for the first meal nowadays, including corn muffins, stewed apricots, cereal with figs, and rice with cheese. None of those options sounds bad at all, but today other muffins and pastries have taken center stage. The same can be said of apricots and figs which are much less likely to be seen on the breakfast table than the standby fruits of blueberries, strawberries, or even raisins. Honeyed gooseberries and pear-cranberry jam are two recipes that are included in the book, showing how pretty much any fruit was used to its full potential.

Lunch or “luncheon” was generally a much lighter meal for those not doing hard manual labor and the menus reflect a certain genteel quality to this delicate mealtime. One lunch menu only lists 3 items: scallops, rye biscuits, and hot coco. Another simple lunch menu lists creamy tomato soup, muffins with jam, and tea.

Eggs were a common lunch protein, as was fish. Novelties like rhubarb with orange and a fresh dandelion salad also appeared on lunch menus. 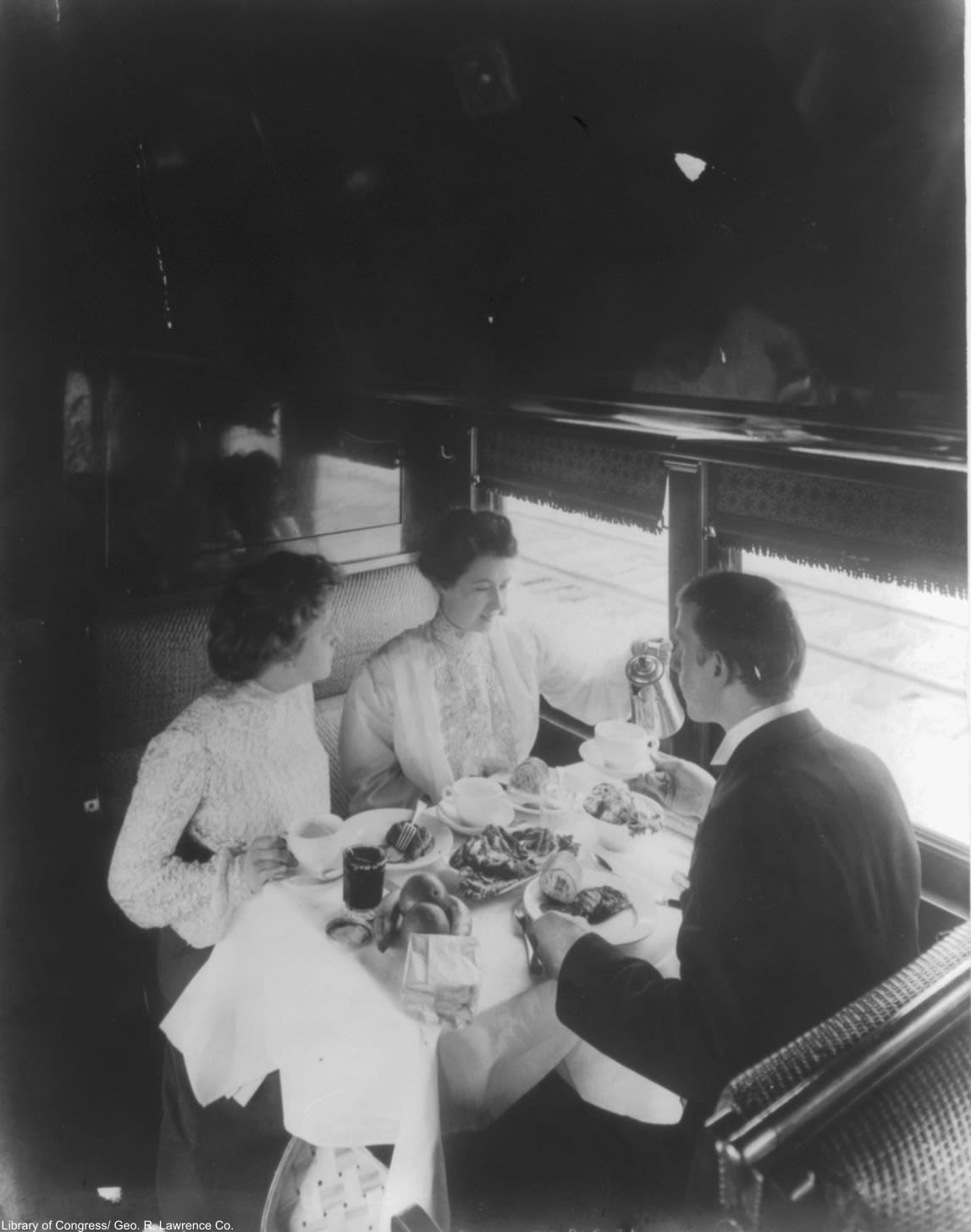 Unlike farmers and workers, who would historically have eaten their biggest meal at lunchtime for fuel, city and suburban folk might have had only a light midday meal (which tended to skew a bit sweet).

Some of the most interesting dishes from this book are from the dinner menus. We are used to “à la mode” meaning with ice cream. But, for one dinner they recommend beef à la mode, which certainly doesn’t mean that the beef was served with ice cream! Beef à la mode was just the fancy French way of referring to pot roast! 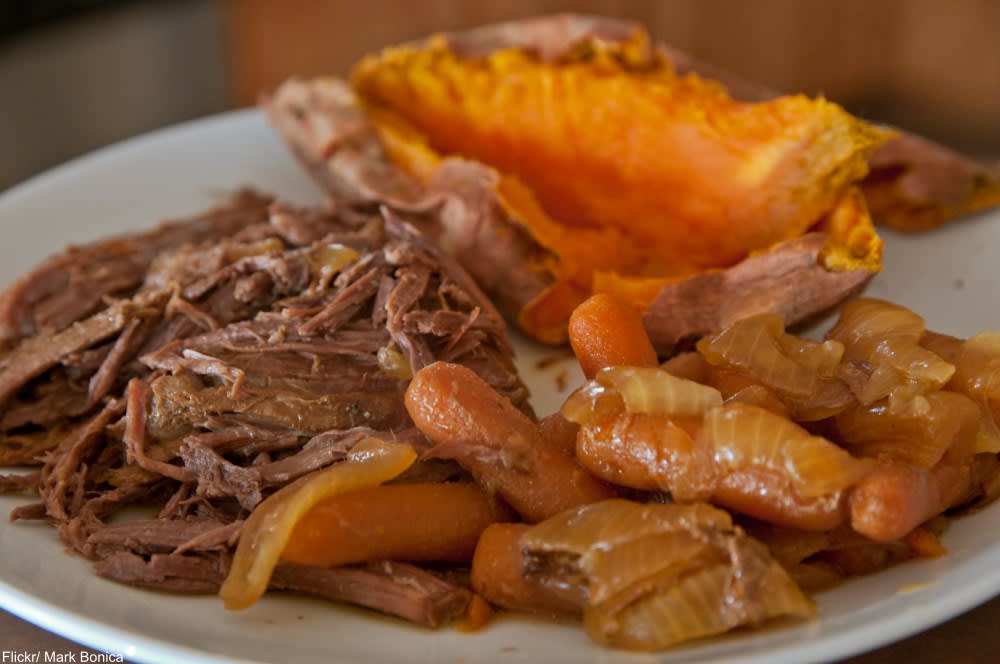 Scalloped mutton is another intriguing dinner dish, a British casserole made with scalloped parsnips and potatoes covering chunks of lamb in a savory sauce. One of the more plain dinners from the book goes like this: Hamburg steaks, tomato soup, carrots and peas in potato cases, watercress, and rice pudding for dessert.

Fish was the anytime protein and there is one dinner which consists of baked shad, potatoes Hollandaise, cucumbers, scalloped tomatoes, and apple pie with cheese to finish out the meal.

Another surprise for 1914 was something called Hawaiian Salad. The craze for salads and molded treats increased around the turn of the century when Jello was released. Marshmallows were another favorite, and pineapple had been successfully been cultivated for commercial growing by one Jim Dole around the turn of the century. It was the perfect storm for creating salads that would be synonymous with American cuisine until the 1960s and 1970s. 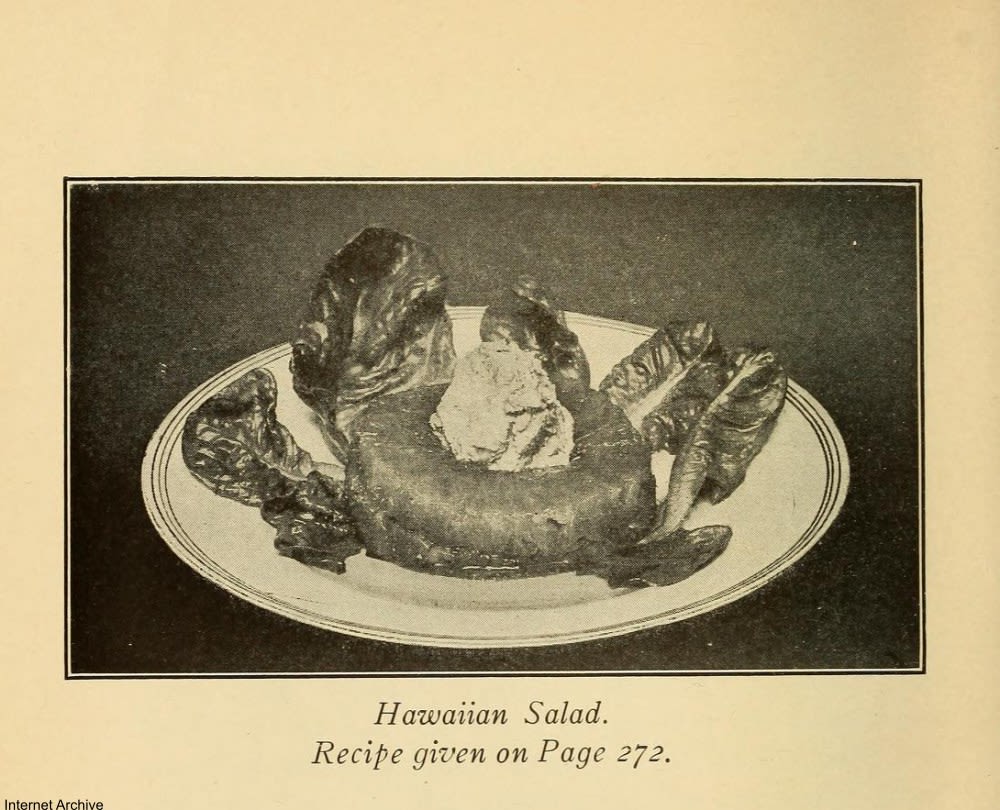 Who would have thought they were around for so long? This Hawaiian Salad contains a pineapple ring filled with Roquefort (or other soft cheese) surrounded by lettuce leaves. For one dinner it is the only remotely sweet thing listed, so we must assume it was at times taken as a dessert. 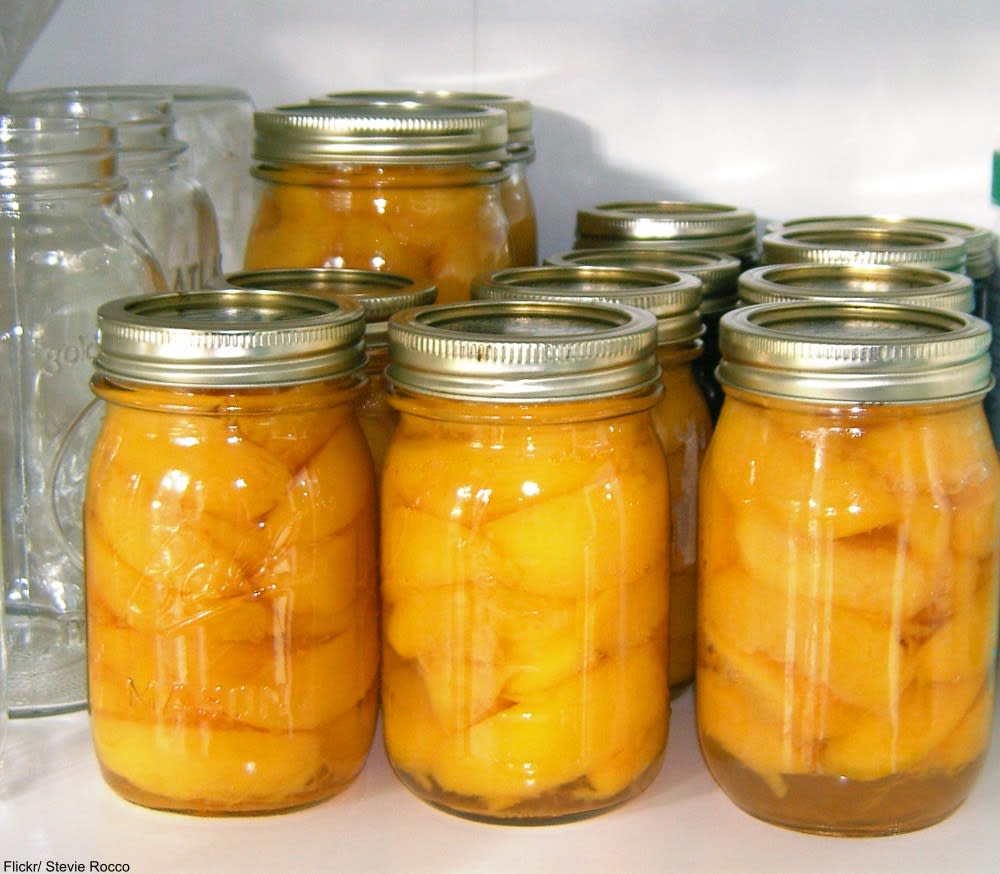 Most desserts however, tended to veer towards the more traditional. Almond cake, molasses cookies, rice pudding, sherbets, and parfaits were frequently listed in the menus. While there are recipes in the book for chocolate cake, most desserts seem to revolve around spices and fruit instead of chocolate. But, there is recipe called pickled peaches which sounds quite intriguing!