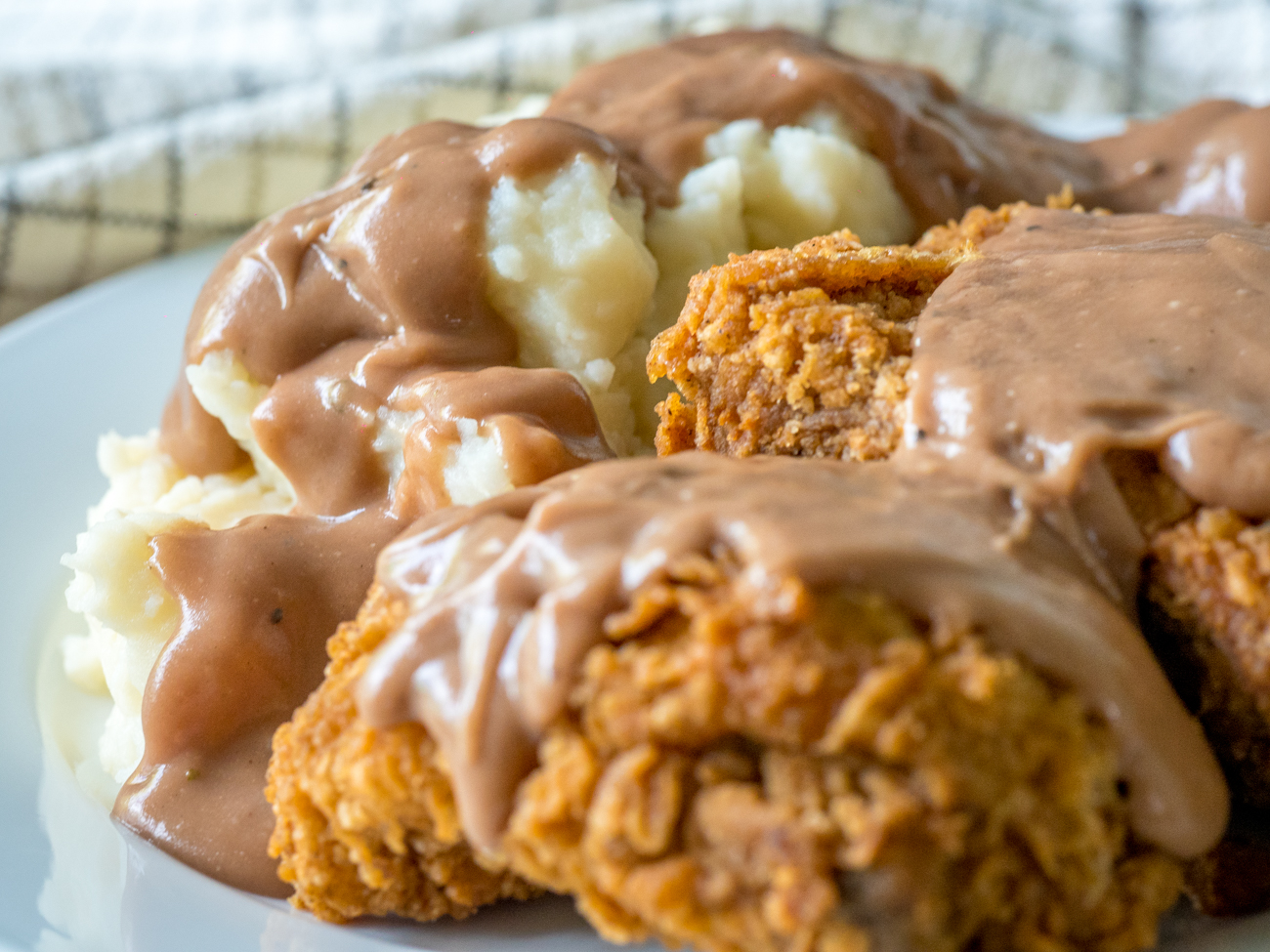 Ok, now try as we might to make homemade dinners every night, it’s impossible not to fall short every once in a while and resort to some of our favorite fast food options. One any given night where things get super hectic and making food just isn’t going to happen, KFC is one of our fam’s favorites. 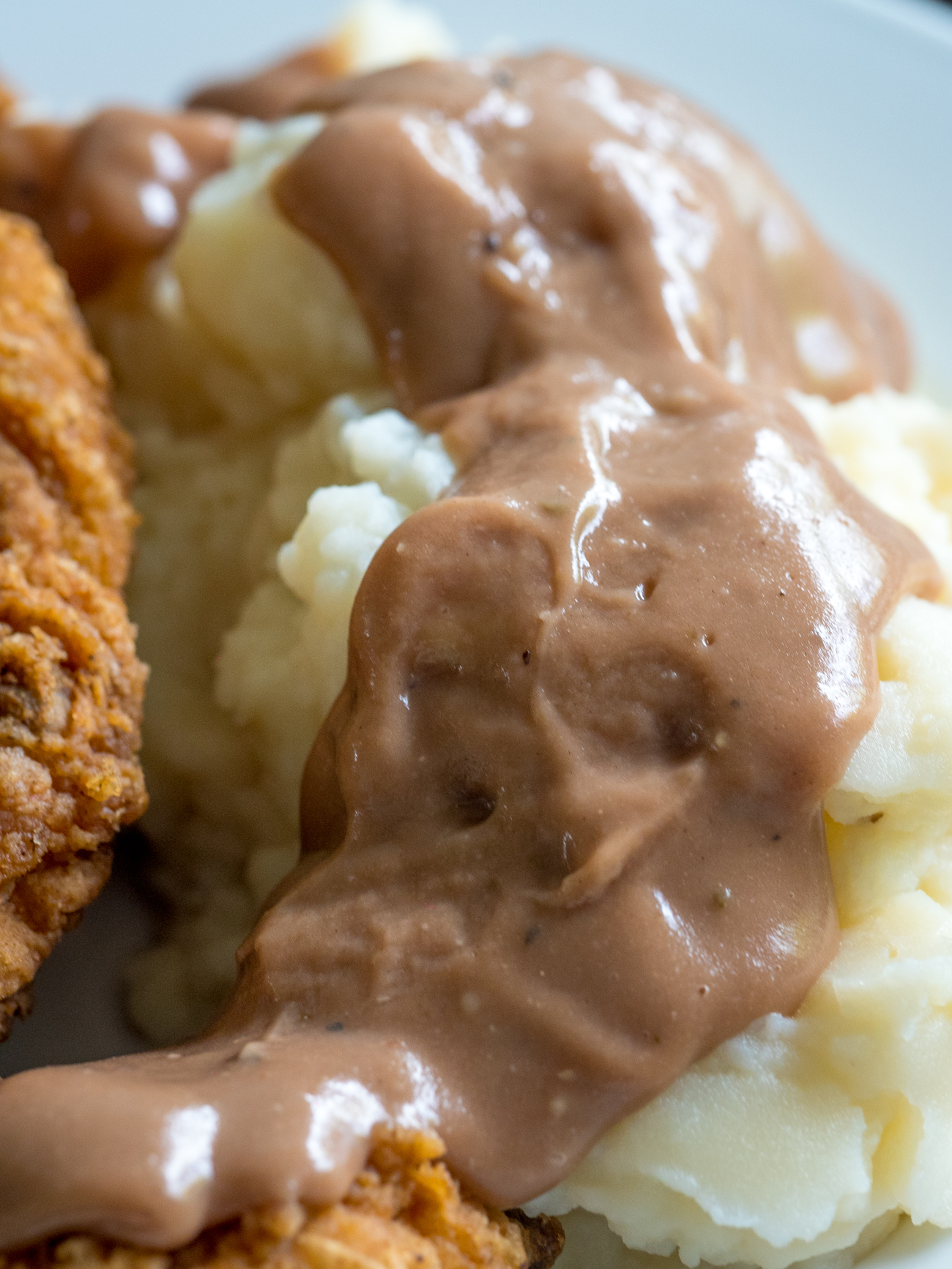 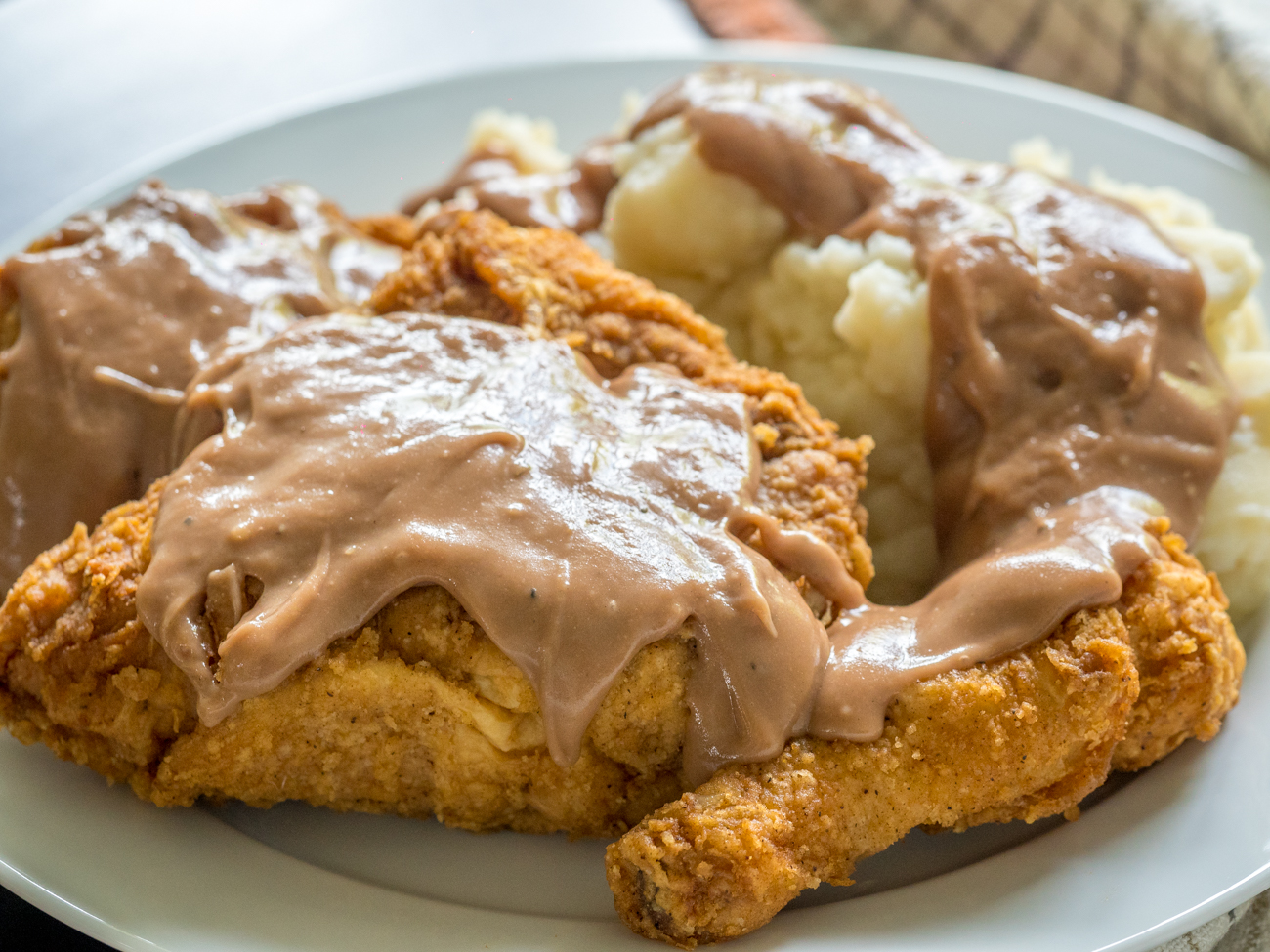 While their chicken is obviously what they’re known for – and it’s addictively delicious – it’s the mashed potatoes and gravy that have us completely hooked. We feel pretty confident on the potatoes front, since we’ve tried them just about every way they could possibly be prepared, but the KFC-style gravy is something that we definitely needed to hone in on and figure out how to make ourselves. 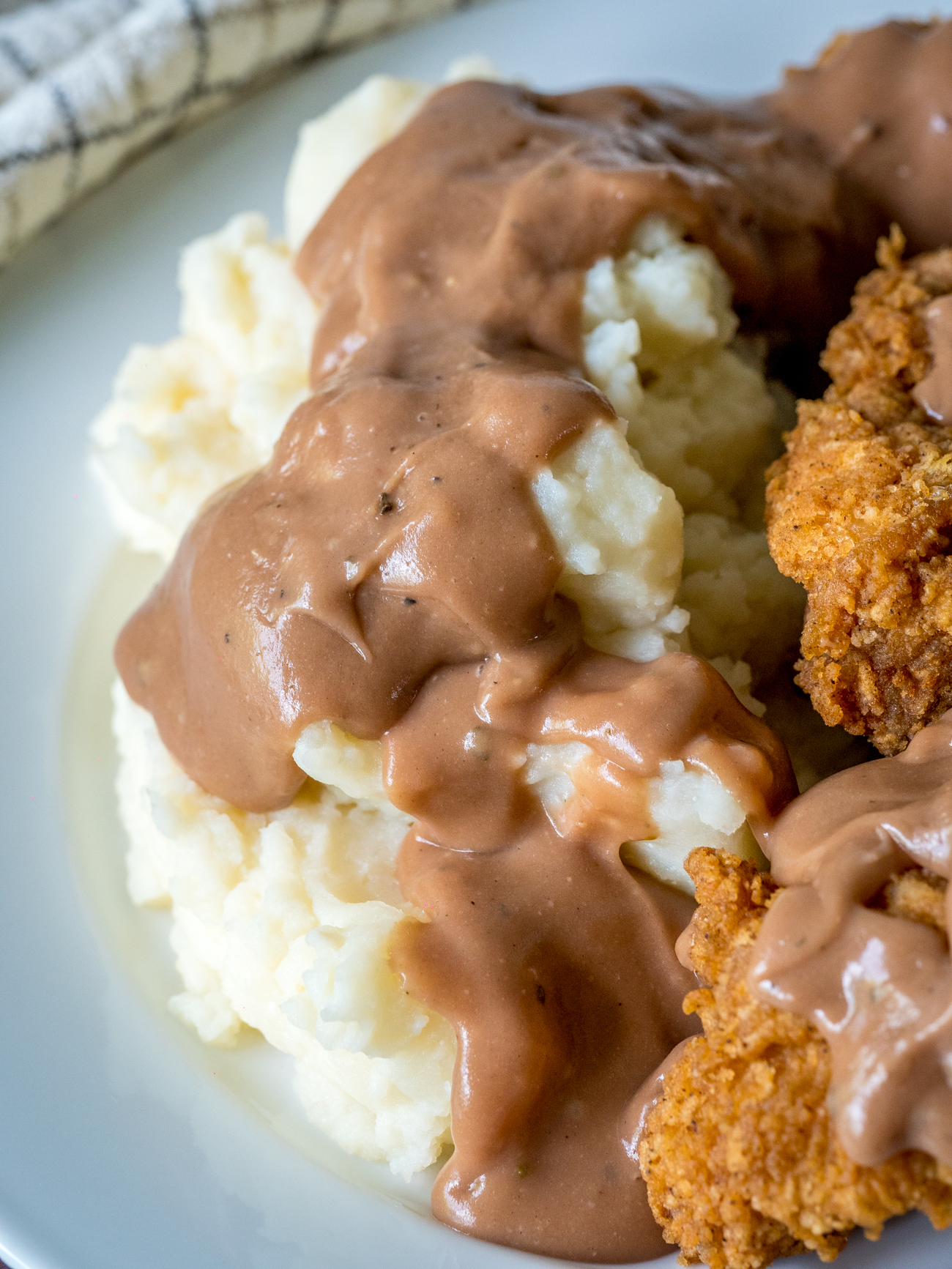 It took some tweaking (which we’re not complaining about, since it just meant more gravy and mashed potatoes for us – though our waistlines may not be thanking us for it), but we finally got there. We started with a classic roux base, though we seasoned the flour that we added to the melted butter, and then we dissolved one chicken and one beef bouillon cube into a pot of boiling water. After whisking your liquid into the roux, quite vigorously, in fact, this gravy came together like a dream. 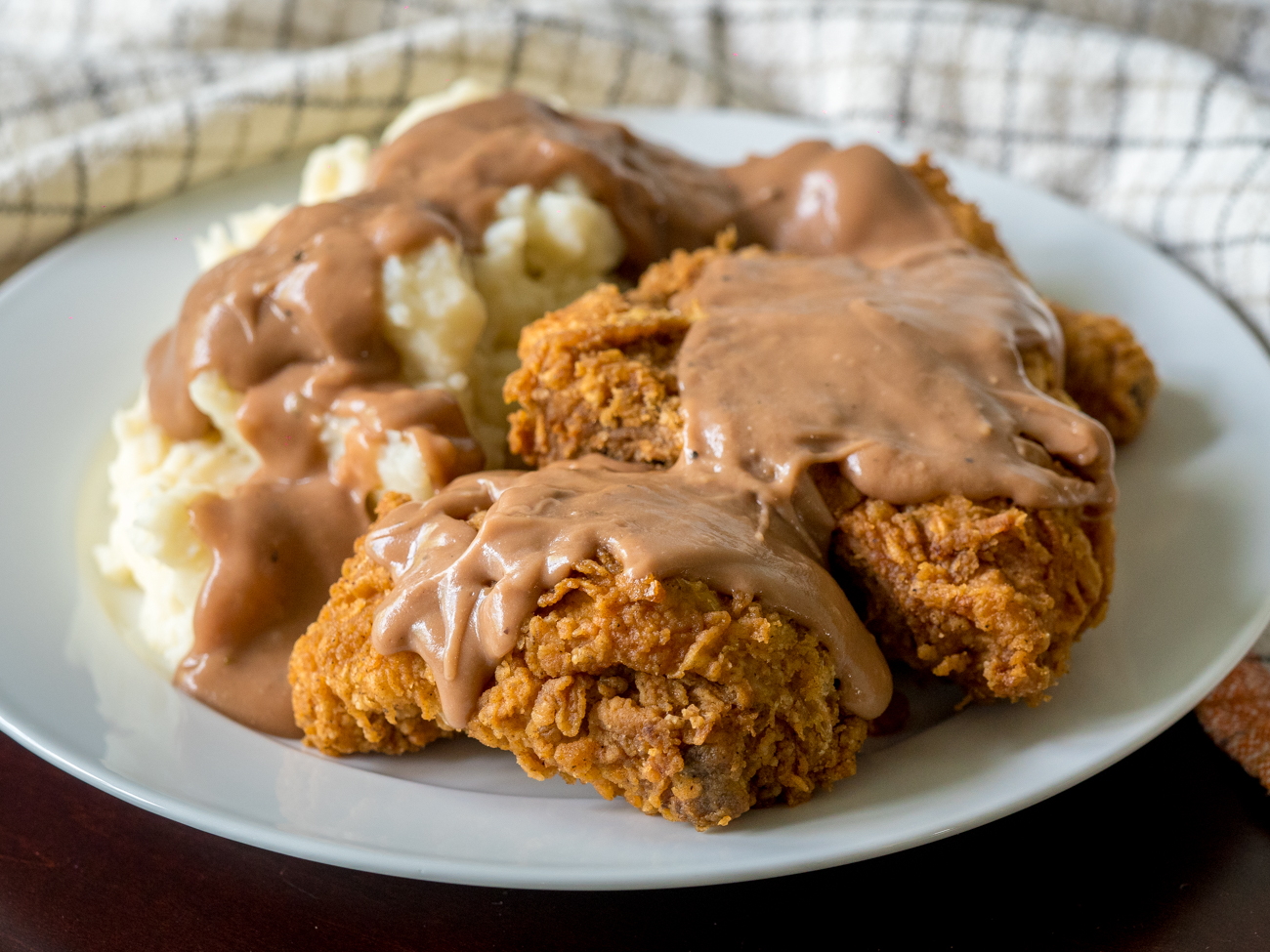 The flavor and consistency were both spot on, so much so, that some of our friends really thought it was from KFC! If you need a no-fail gravy recipe that’ll work like a charm every time – and really, who doesn’t?? – this is the one for you. Trust us.