Going into the hospital is never fun. It usually means that something is very wrong with you. And the only thing that could make a hospital stay worse, is the food. Described by my father once as “kicking a man when he’s down,” hospital food in the US is not the most appetizing. It comes in those depressing little trays that look like airplane food and usually consist of an entrée with a bread roll, a piece of fruit, and some pudding – not exactly exciting or flavorful. We’ve all known someone in the hospital who has asked us to sneak them in something from the outside world. When my uncle was sick in the hospital, we always used to bring him dinner from home so he wouldn’t have to eat the hospital food. 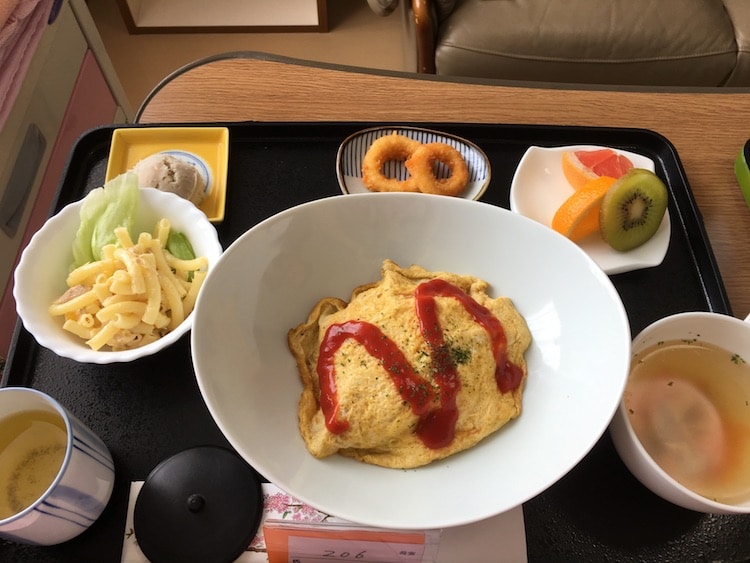 In Japan, however, the hospitals seem to be more inclined to offer their recovering patients food that is more of a gourmet meal than pre-packaged sadness. One Redditor who goes by the username hadababyinjp opened our eyes to this after she documented the food she was served in the hospital after she gave birth. 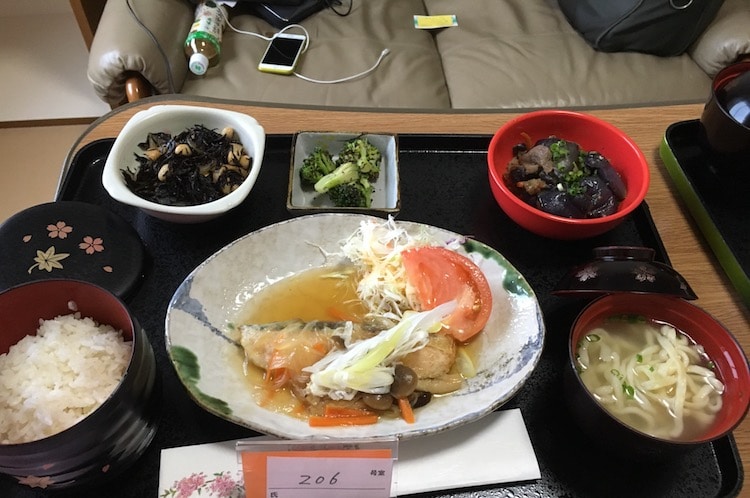 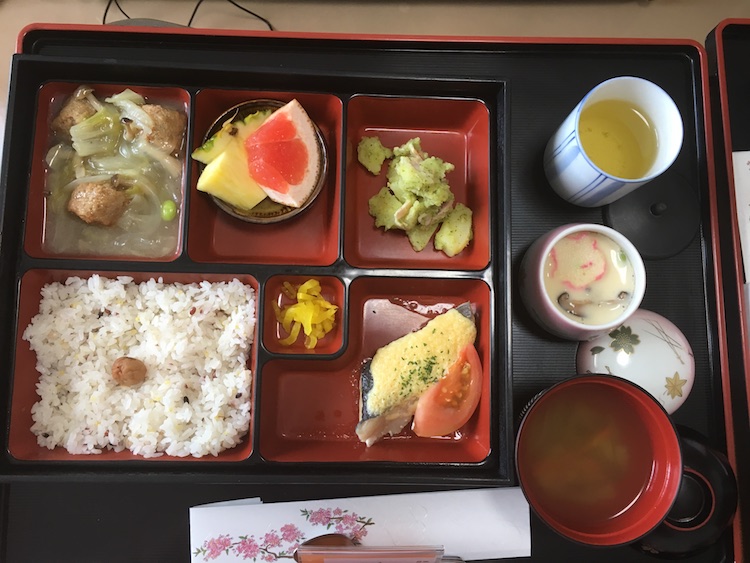 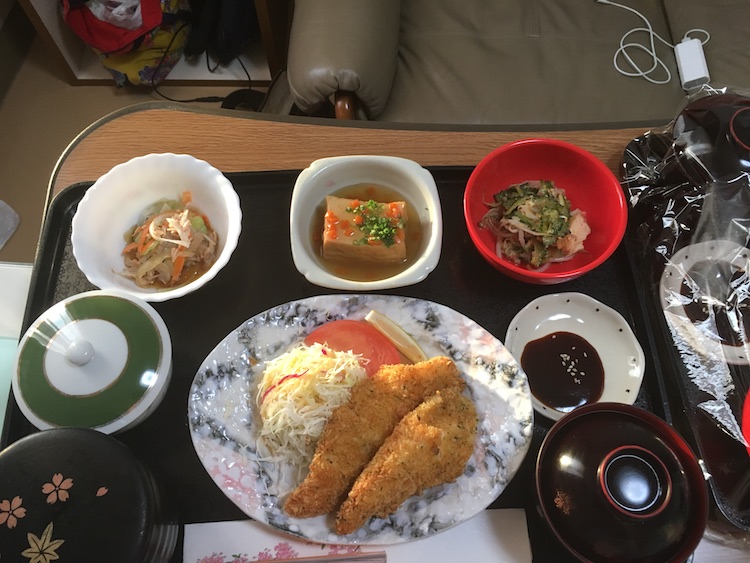 The dishes she was served included items you would easily find in any restaurant. During her meals, she ate things like chicken with mushroom sauce, braised pumpkin and pork, and a daikon carrot side salad. Hadababyinjp who took photos of all the meals included all the side dishes as well. And we have to say, some of these meals are just downright mouthwatering to look at. So if you’re reading this and happen to be in the hospital in the States, my apologies but you’ll be having some serious food envy after this. 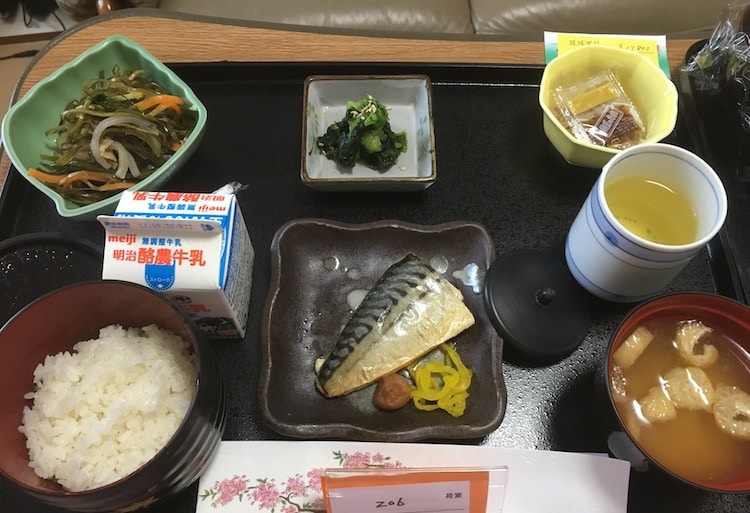 Hadababyinjp’s Reddit post has now gone viral, but in the comments, she gives us a little more background on labor and delivery in Japan.

“The standard here is 4 days for all women,” she explains. “My delivery was very standard, with no complications.”

Regarding the food, she recalls, “All the calories were posted every day so we could see how much we were eating. All three meals always added up to between 2000-2500 calories, plus they gave us a small afternoon snack like a cream puff or small piece of cake and tea.” 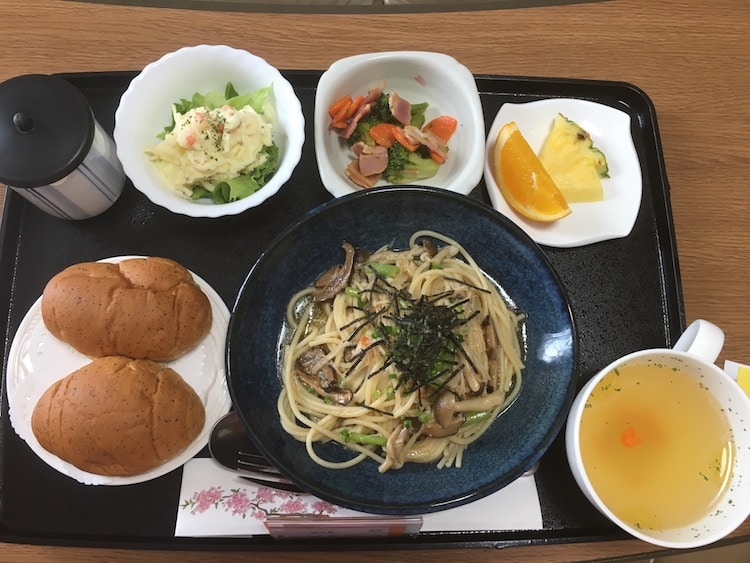 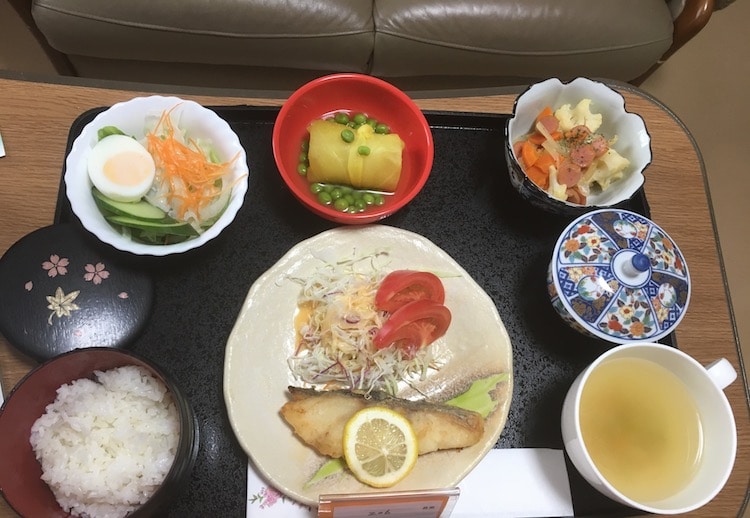 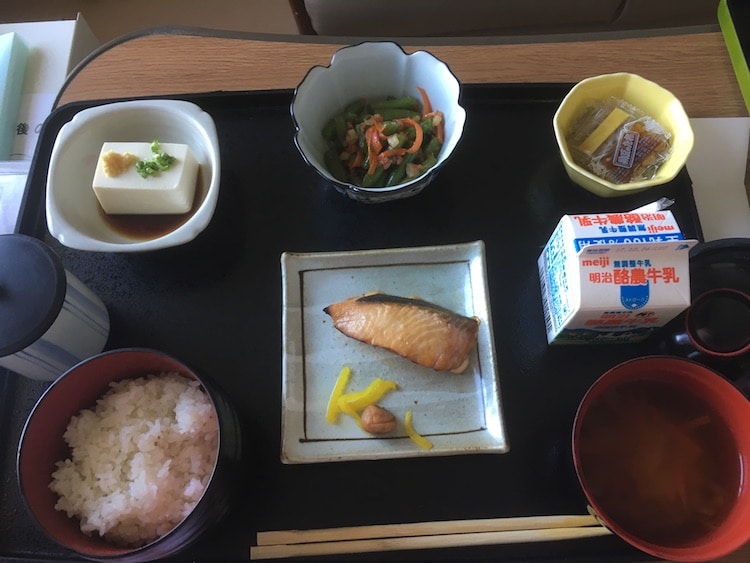 This practice apparently, she says, “is a bit much for most Japanese women,” but that the practice of overfeeding was probably an effort to help with recovery, as well as to offer some other food options incase a patient didn’t really like what they were getting. 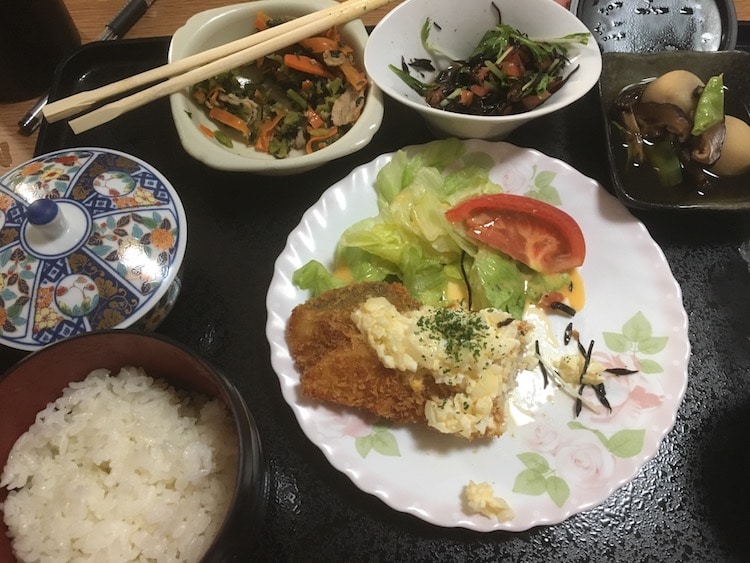 Besides giving us a glimpse into what hospital food around the world looks like, the Reddit post has also opened up an interesting discussion on the practice of giving birth in various other countries. You can click on the link to read the entire thing here. 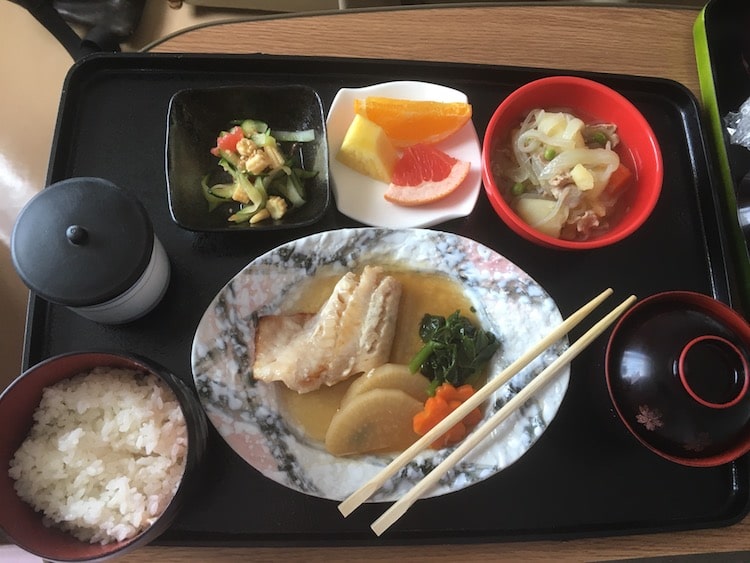 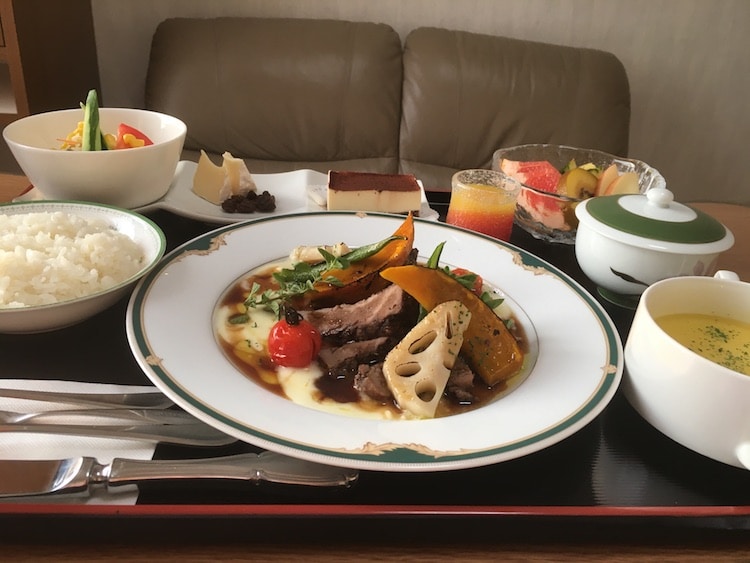