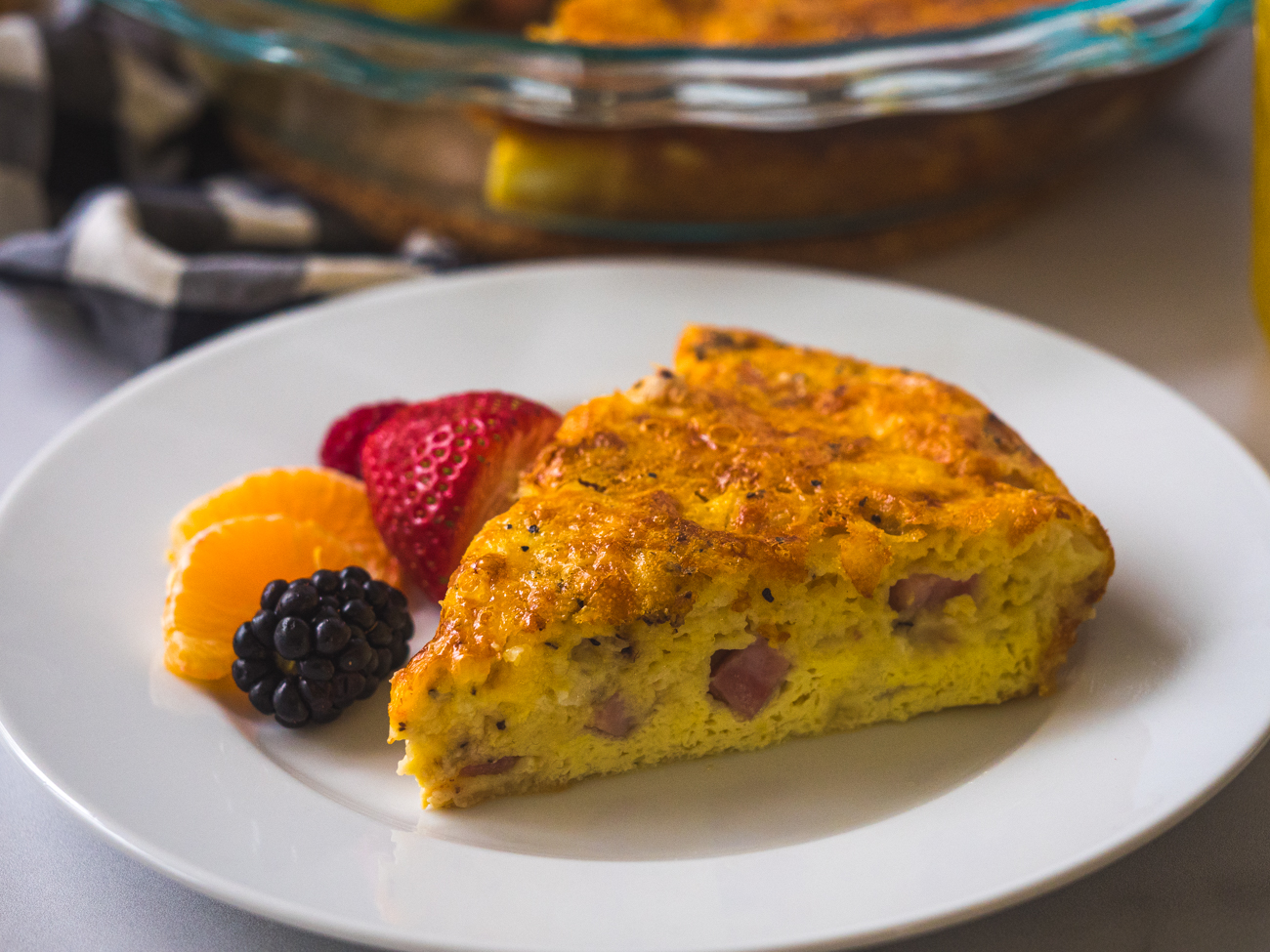 Our Impossible Crustless Quiche is neither impossible nor entirely crustless, but the magic in how it comes together seems almost impossible. (But it’s actually super easy, pinky swear.) While it doesn’t have a traditional crust, this special method produces a thin crust-like layer, so you don’t have to go totally crustless, but you don’t have to put in any extra work either. 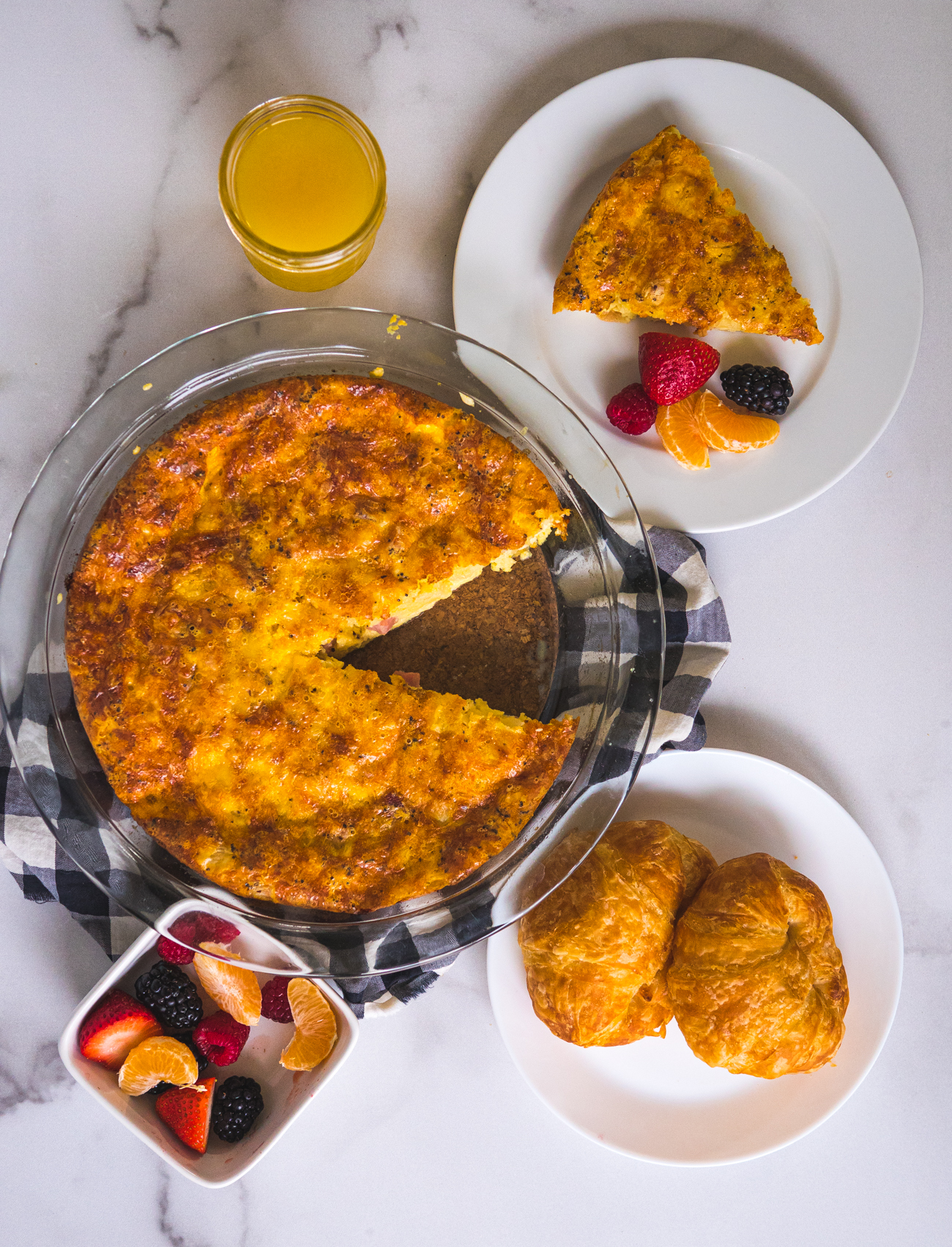 See, instead of rolling out a regular crust, with this method you just have to add a couple of ingredients to your quiche filling and a crust-like exterior forms all on its own. In this case, we toss ham, cheese, and sauteed onions with some flour and baking powder… 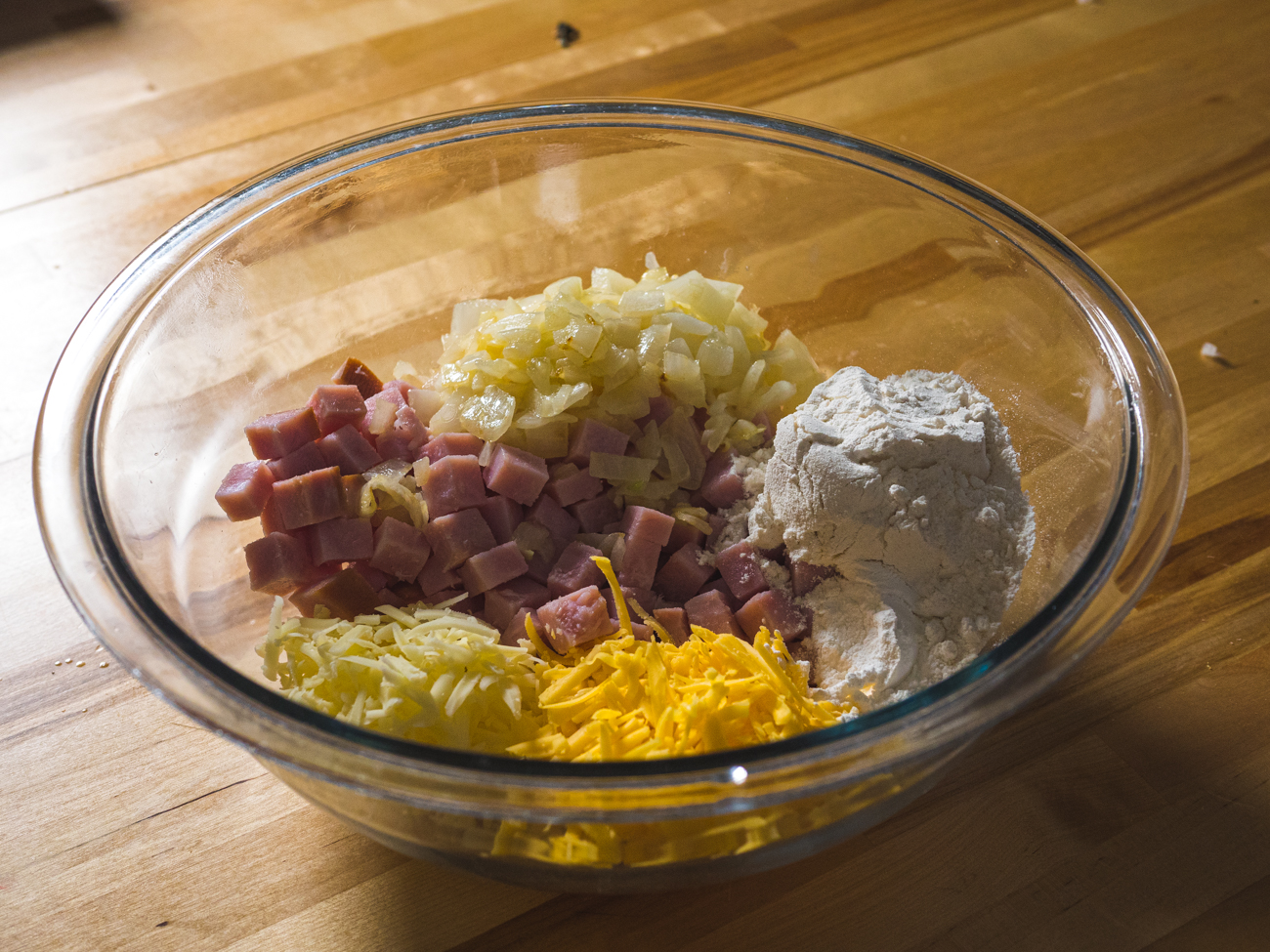 And pour half and half and eggs over the mixture. 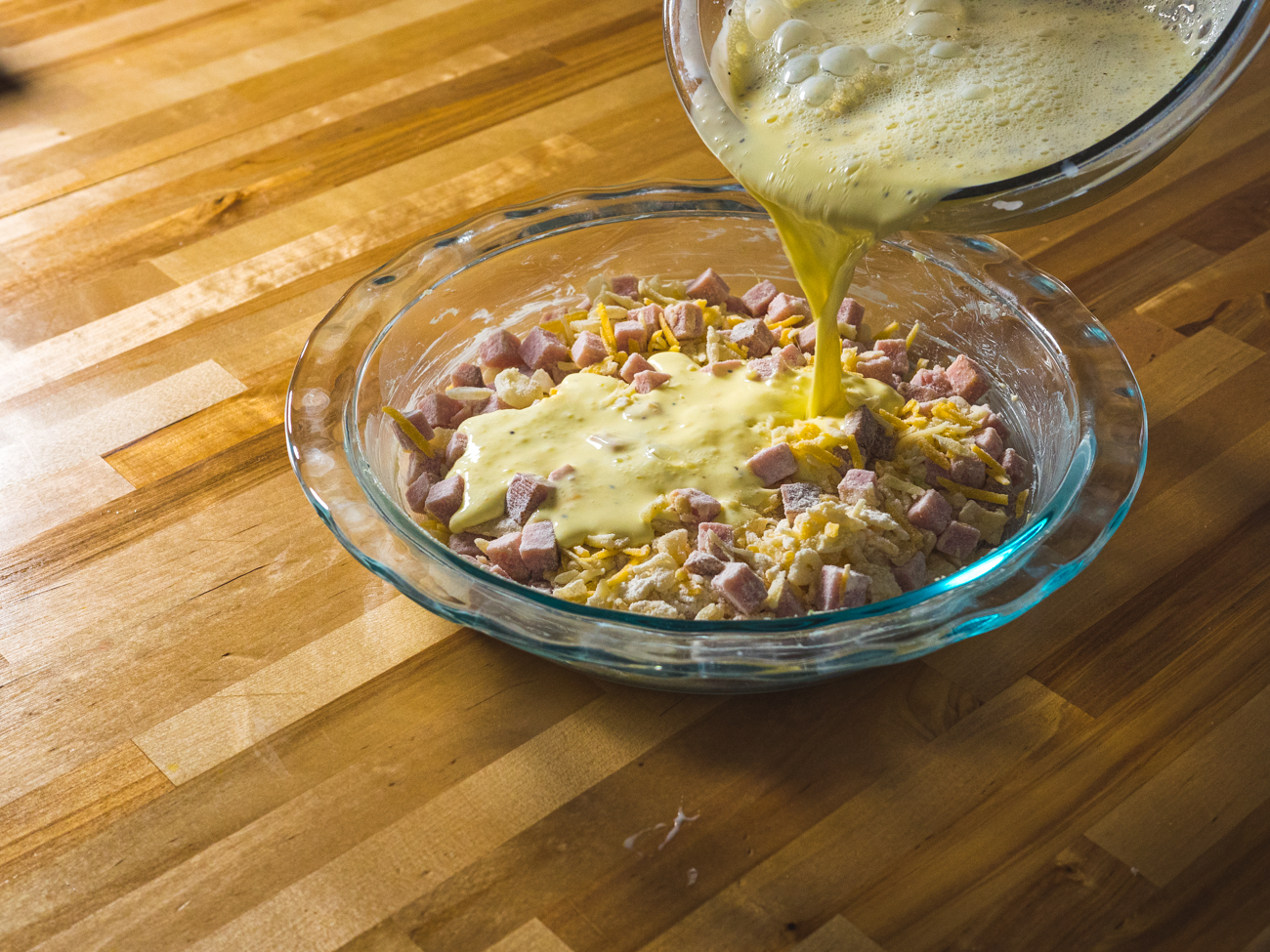 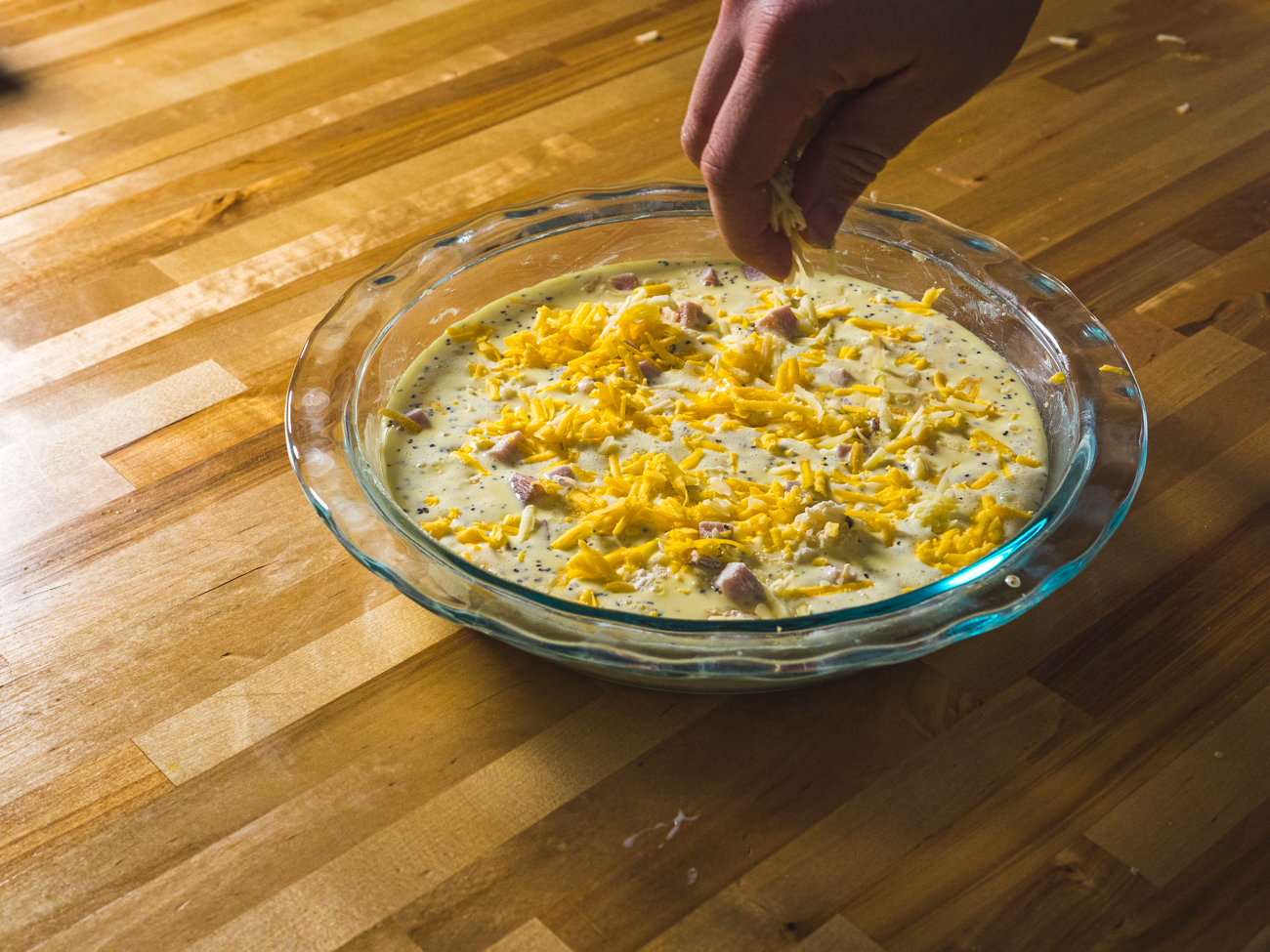 … and as it bakes the top gets golden brown, but thanks to those couple of extra ingredients, so does the bottom. 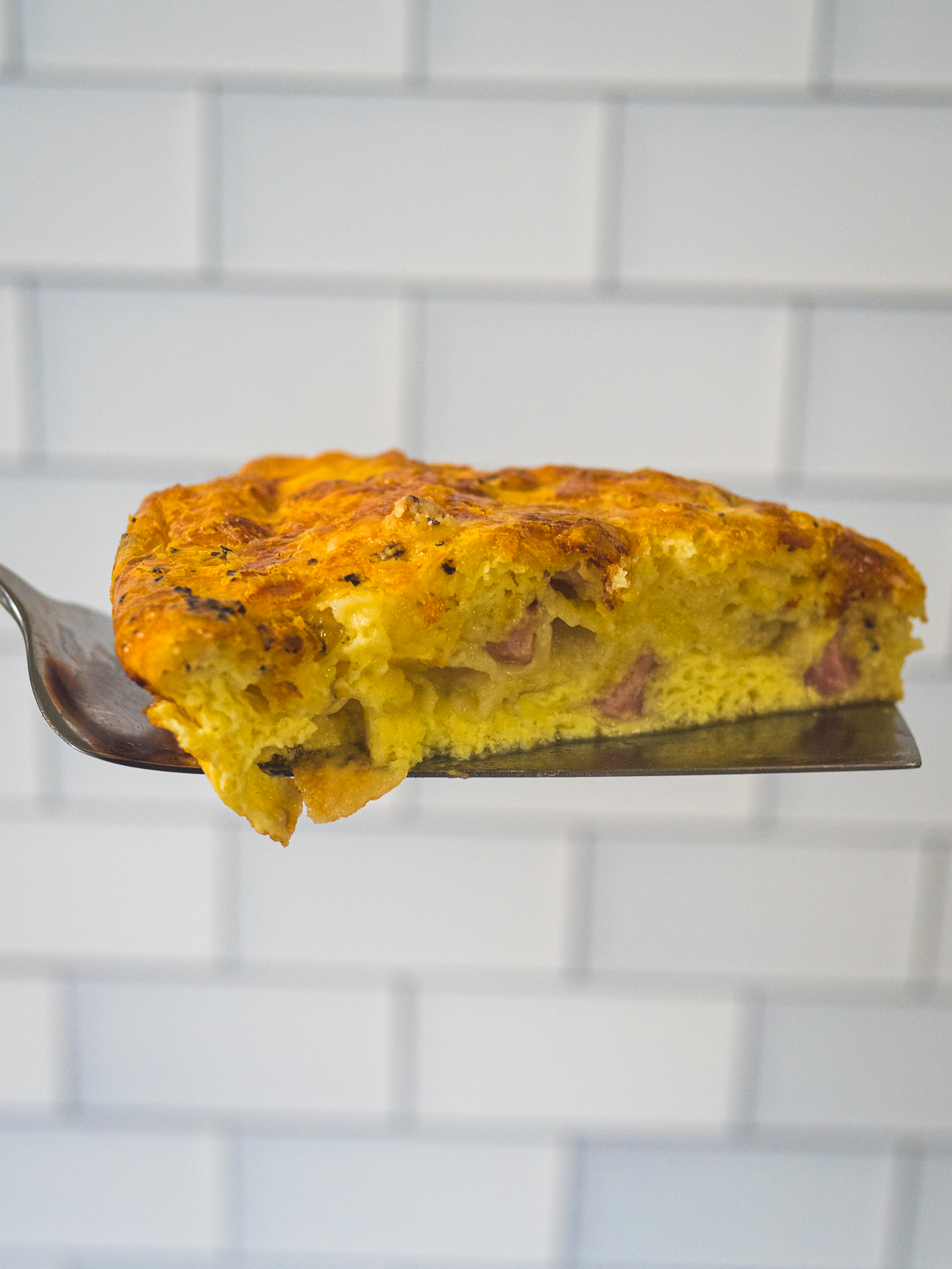 It’s not quite a traditional flaky pie-crust, true, but it’s enough of a layer to prevent that kind of gummy texture that so often happens with truly crustless quiche. 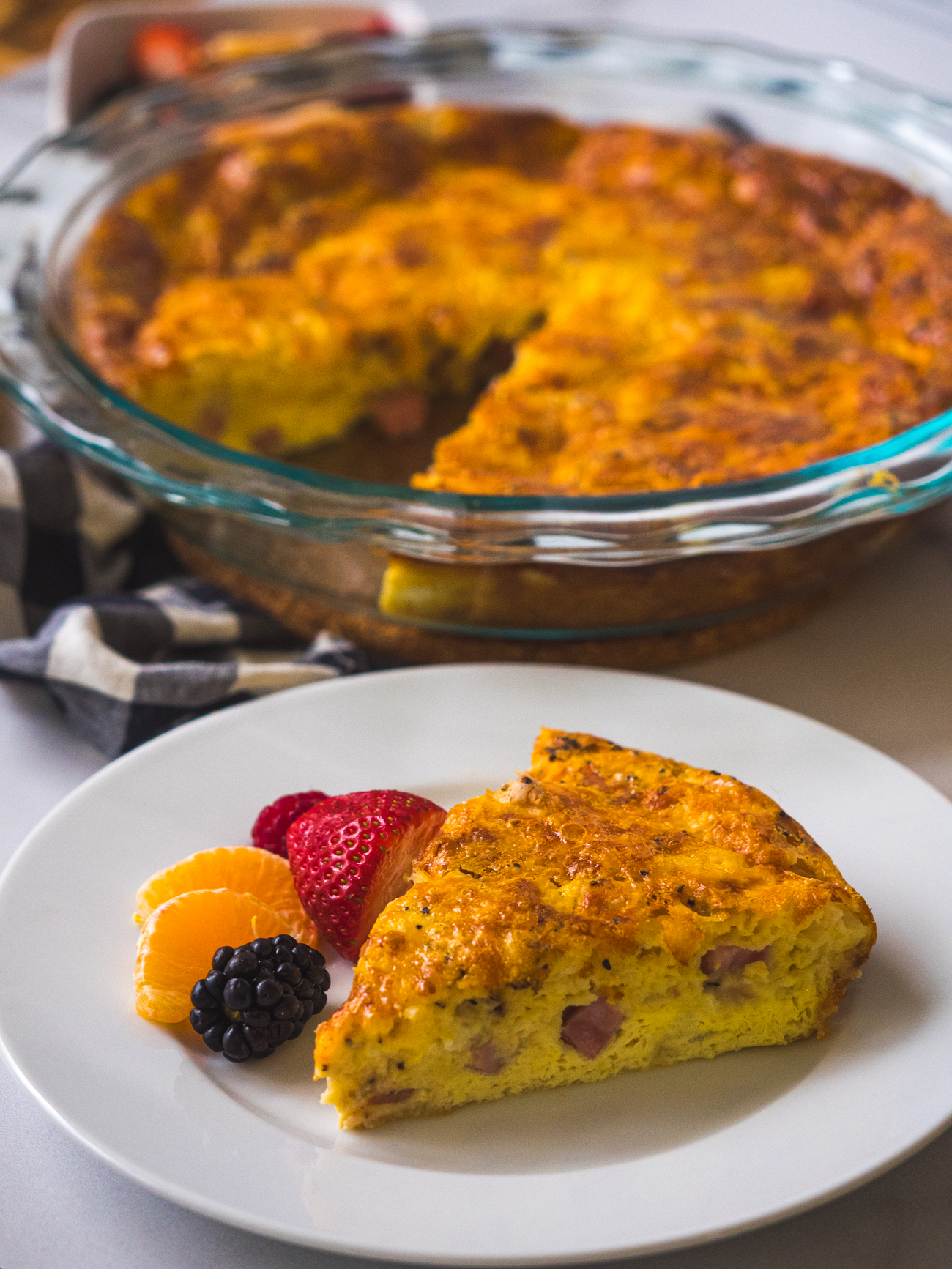 This method is quick, it’s less carby, and it works with whatever your favorite quiche filling happens to be. It’s impossibly great! 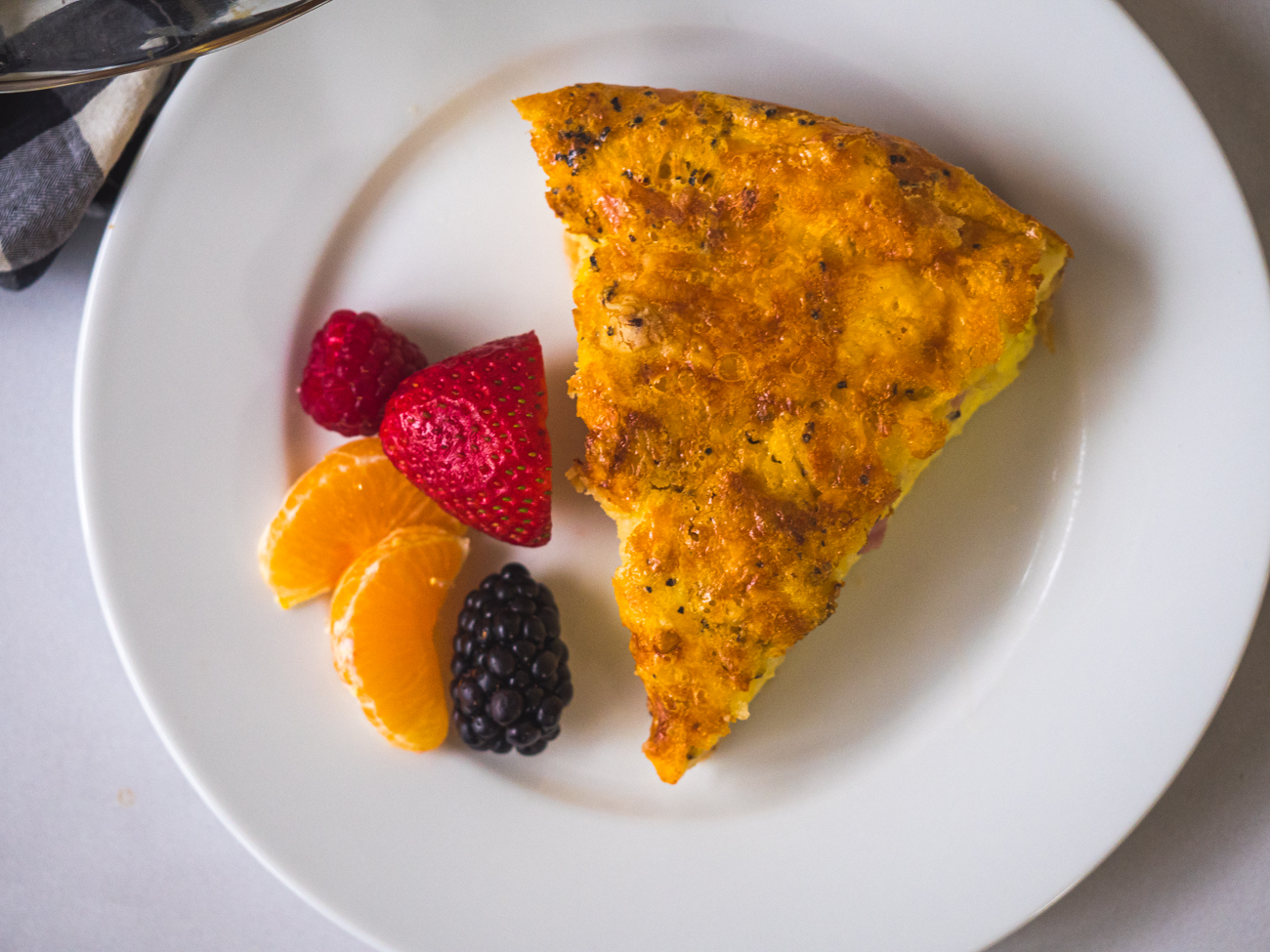