The Correct Way To Pronounce ‘Scone’, According To Researchers

If you haven’t yet had a scone, you are missing out on one of life’s great pleasures. It originated as a British teatime treat but is now enjoyed around the world. It seems simple enough but people from the North and the South have always had difficulty agreeing on the correct way to pronounce ‘scone’.

It seems as if that argument may finally be coming to a close.

According to a YouGov survey, most people agree that the correct way to pronounce ‘scone’ is by rhyming it with gone. This is likely coming as a surprise to those who say it like the word, ‘bone’. 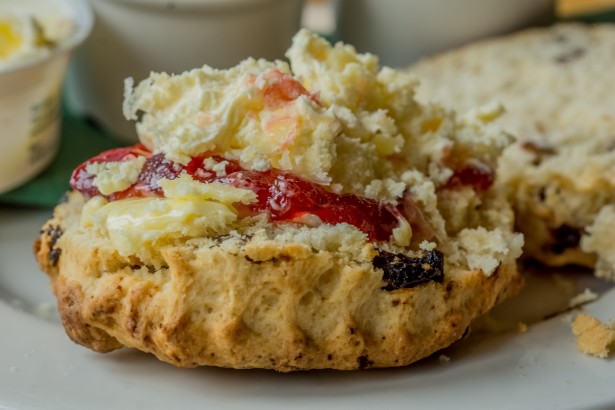 Close call, but we do have a winner.

There are two different factors in play that could affect how people say the word: where they live and their social status.

The survey also looked into class as a factor for how scone should be pronounced.

45% of the working class (C2DE social grade) agree with the ‘bone’ pronunciation and 26% used ‘gone’.

There may still be some disagreement on the subject but most did agree on the method of consuming them. They said jam first, cream second.