How to Make Chinese Pork Dumplings 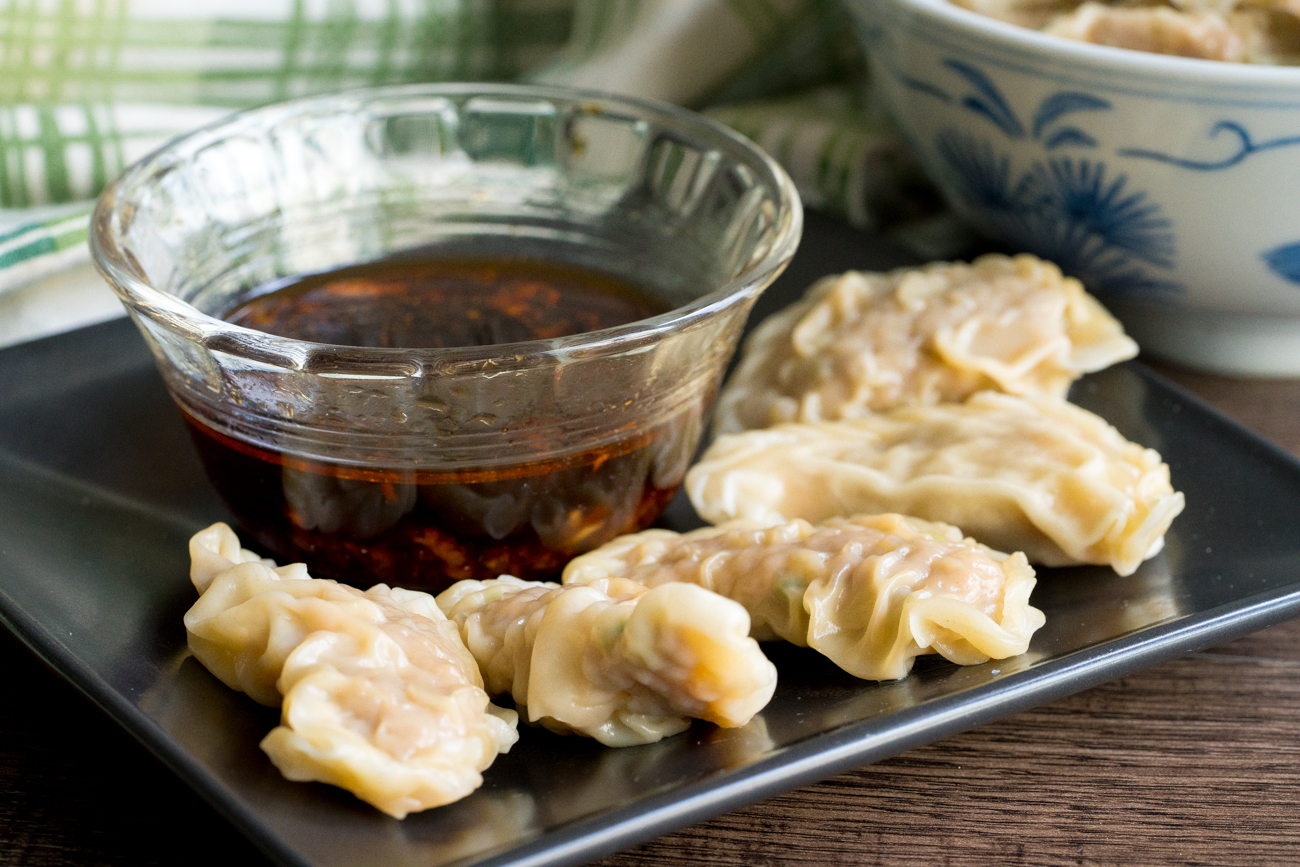 I don’t know about you, but when I’m eating out a Chinese restaurant, it’s a guarantee that I’m ordering some form of dumpling. They’re just so good! A tender, doughy pocket that’s filled with a savory, flavorful meat mixture is pretty hard to pass up. So whether they’re pan-fried or tucked into a soup, they’re going to make an appearance on my table. The good news is that such deliciousness doesn’t have to be limited to restaurant-fare… You can make your own dumplings right at home that are every bit as tasty. It’s a fun little project, but it’s a relatively easy one and we’ll show you just how to do it! 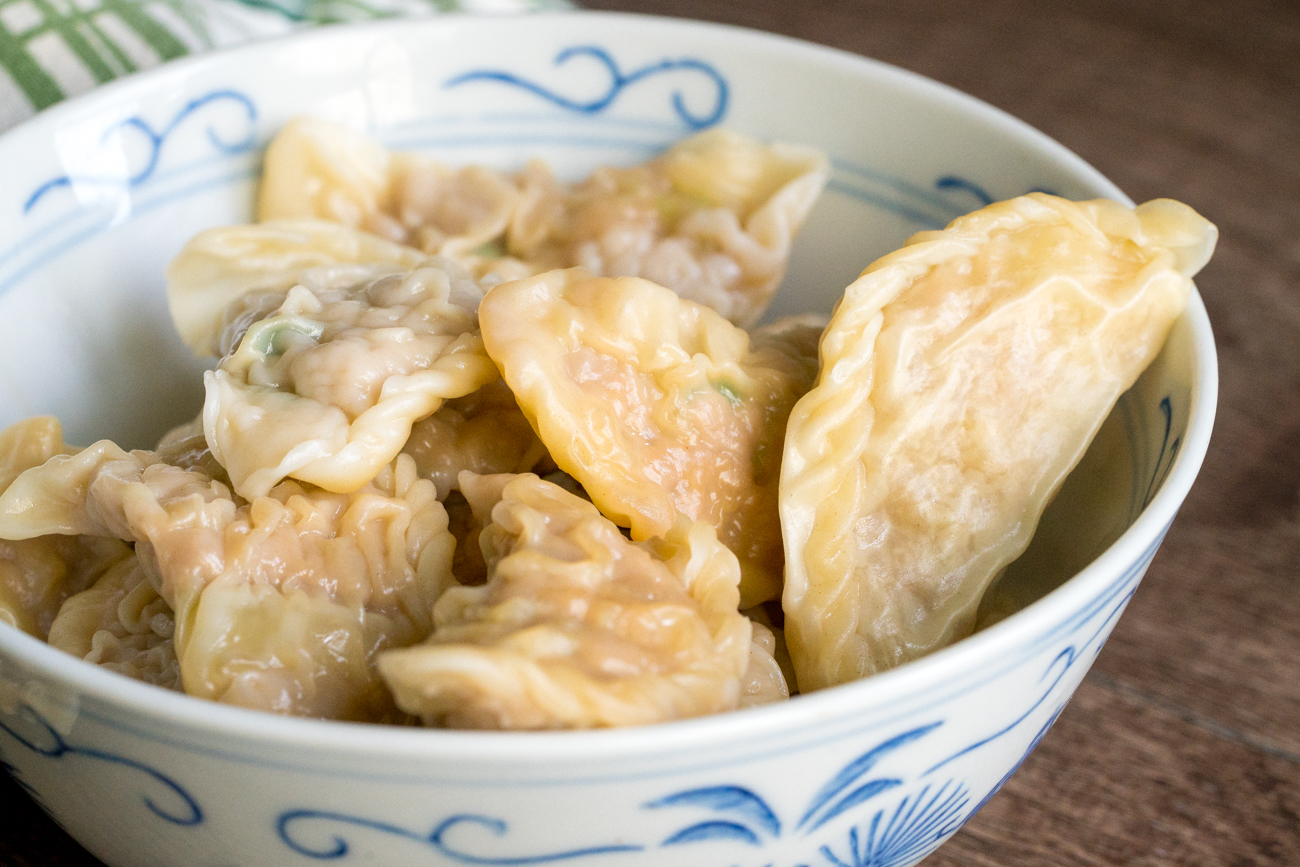 Making the filling is as simple as it gets. It’s just a matter of mixing up a few ingredients. Here we’ve got ground pork and shredded Napa cabbage that’s seasoned with ginger, green onion, soy sauce, sesame oil, and some Chinese cooking wine. It’s the perfect savory combination – hearty and salty but brightened up with the ginger and green onion. 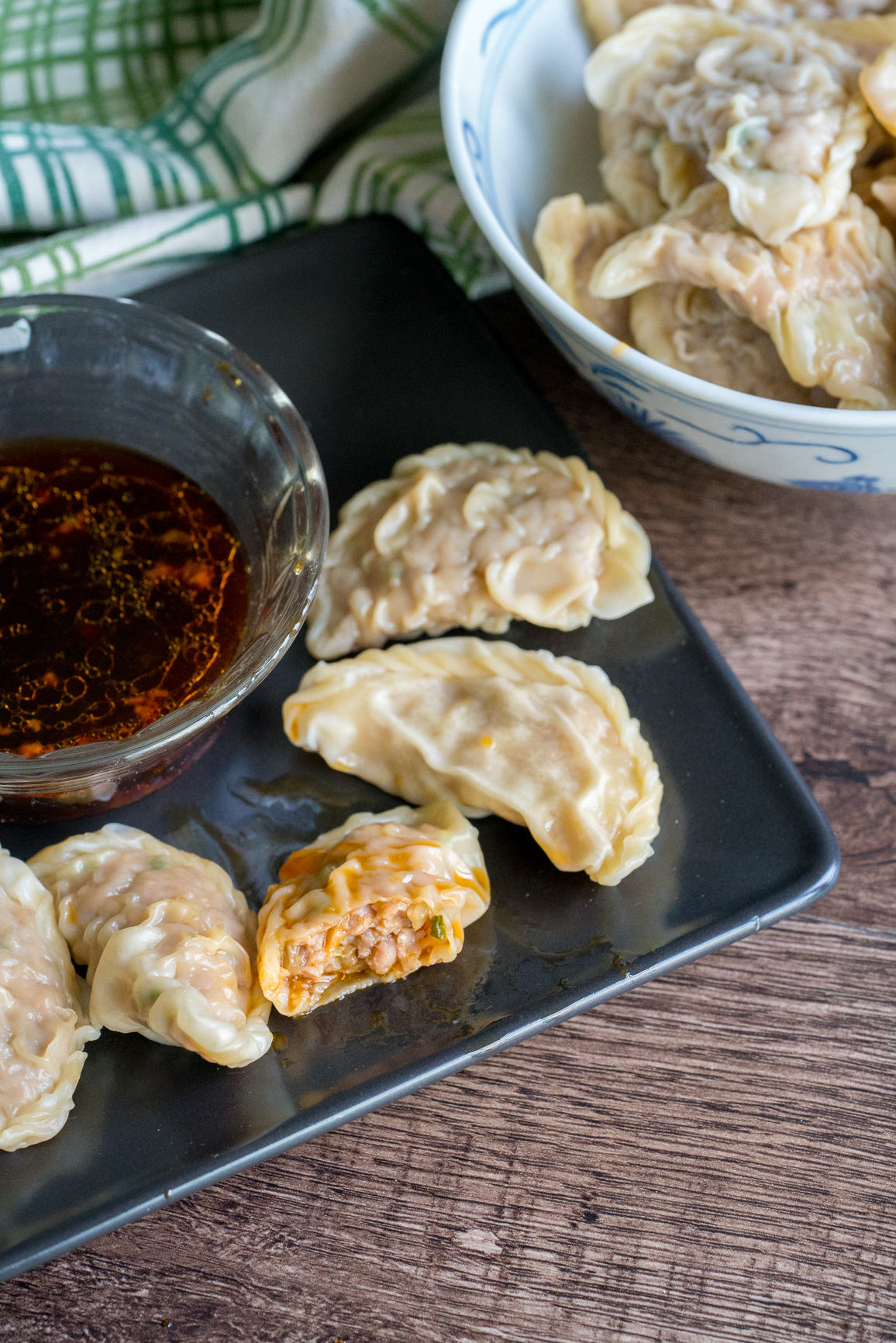 As far as wrappers go, you could make your own dough, or you could just go ahead and use storebought. This is one instance where we think taking the storebought shortcut is more than okay. The end results are just as good and you’ll save yourself a lot of time by using the packaged variety. 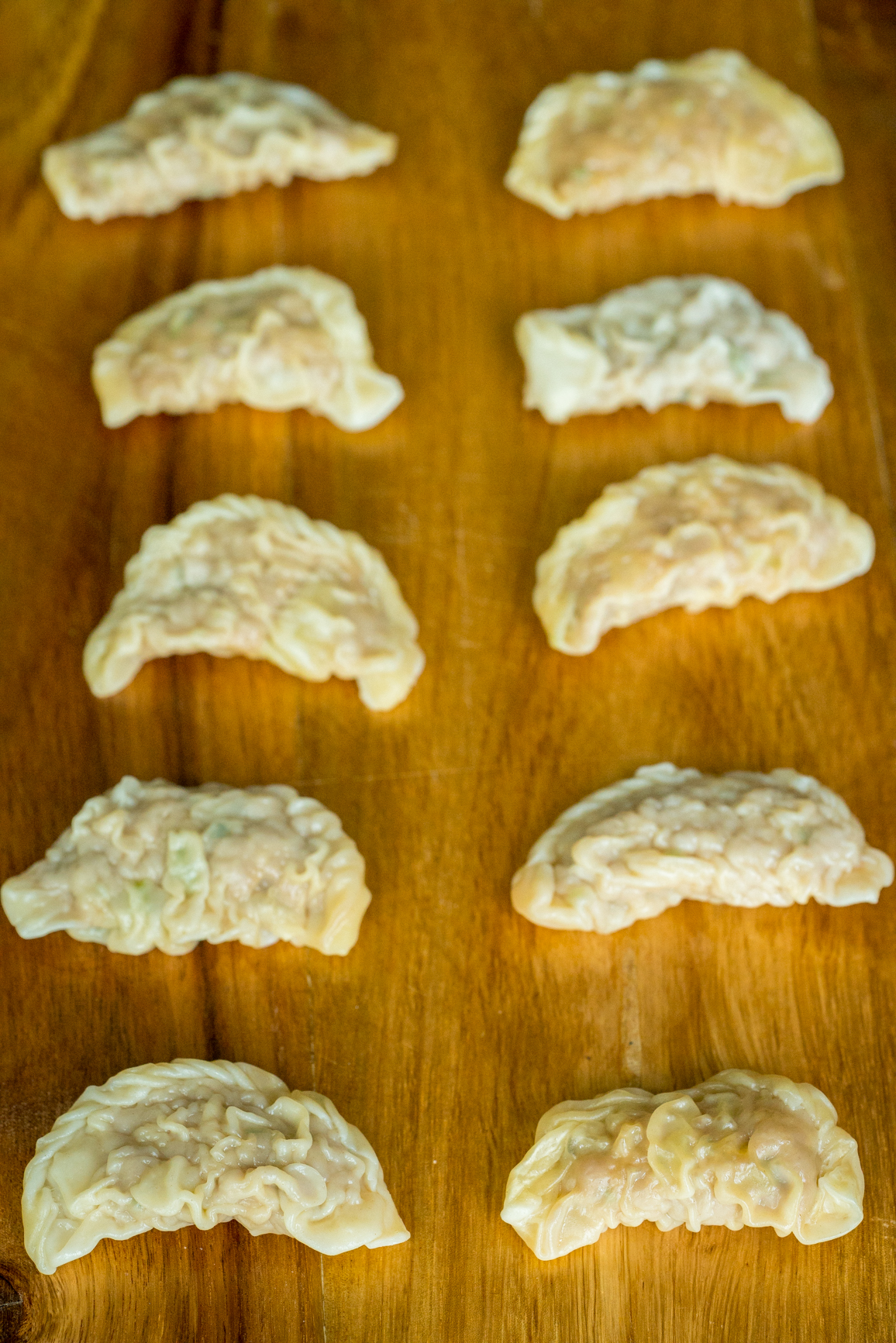 To fill them, you just hold a wrapper in one hand and put about a tablespoon of the filling into the center. Be careful not to overdo it on the filling; that will only make wrapping them harder. Wet the edges of the wrapper with a bit of water and fold it over to cover the filling. (The water helps the wrapper stick to itself.) From there, you just twist or fold or pinch the edges to seal it… There are a million and one ways to seal a dumpling, so find your own style, but just make sure you get the entire side when you do it. (You don’t want any filling escaping when you cook them, after all!) 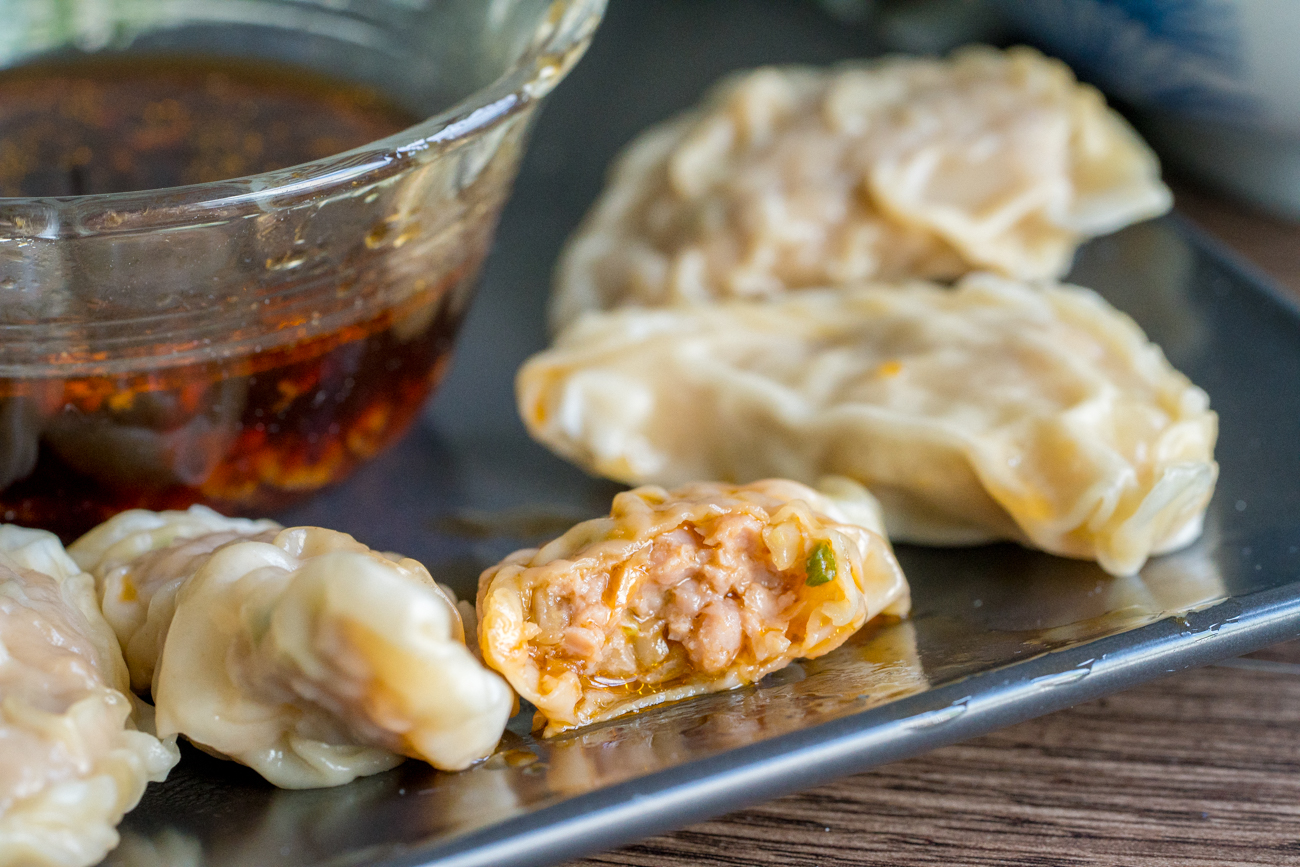 The easiest method of cooking is just to let these babies hang out for a few minutes in some boiling water. You’ll know they’re done because the wrapper becomes somewhat translucent and the dumpling will start to float. Whisk up our quick soy dipping sauce and then dip, repeat, and enjoy!