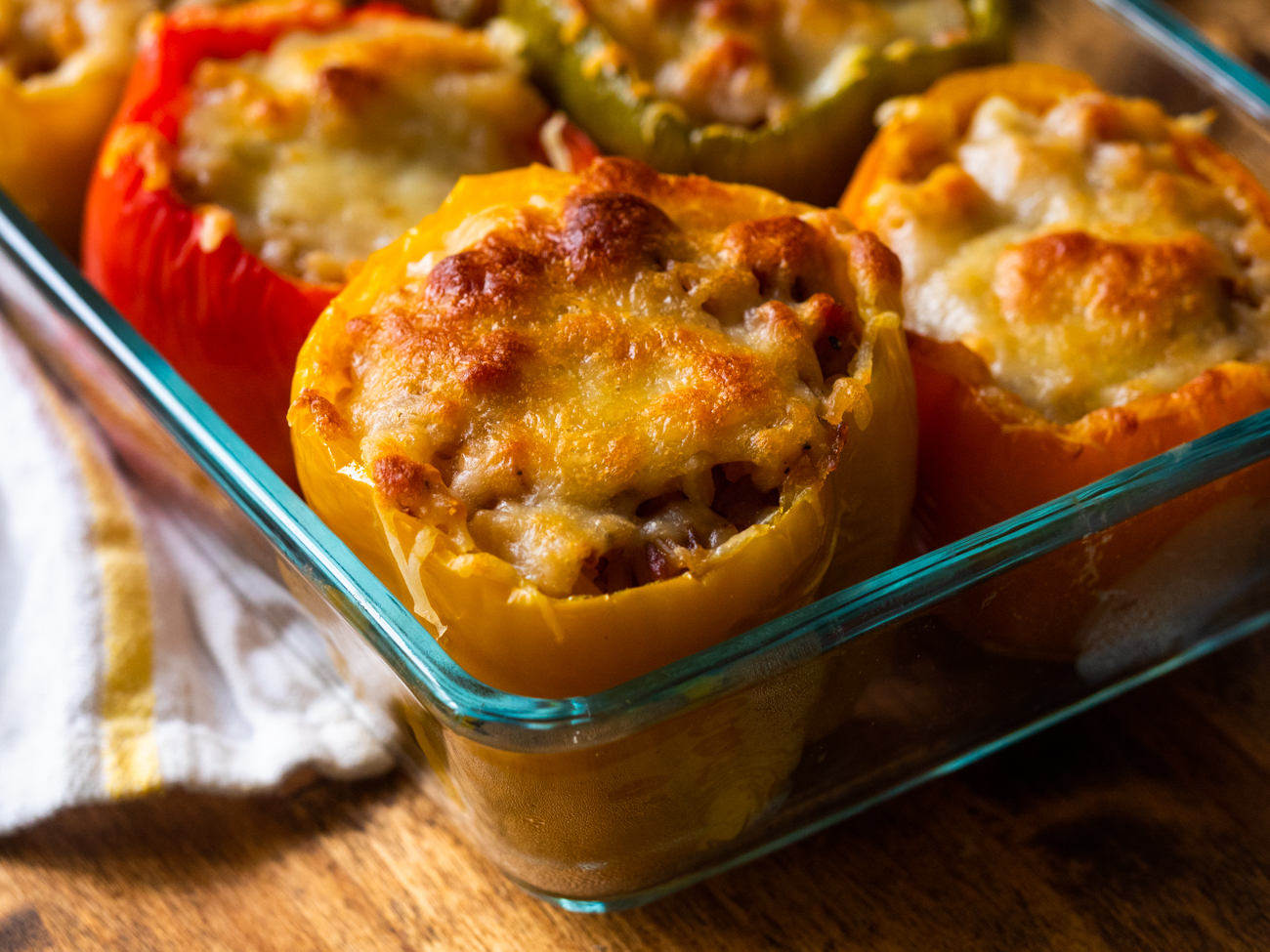 Stuffed peppers are great. There’s no arguing that the classic combination of rice and ground beef tucked into a bell pepper is anything but, but since variety is the spice of life it’s good to change things up once in a while. These stuffed peppers have a lot in common with the classic version… but they have a little more island flavor going on. If you appreciate a Hawaiian pizza, you’re going to love this flavor combo! 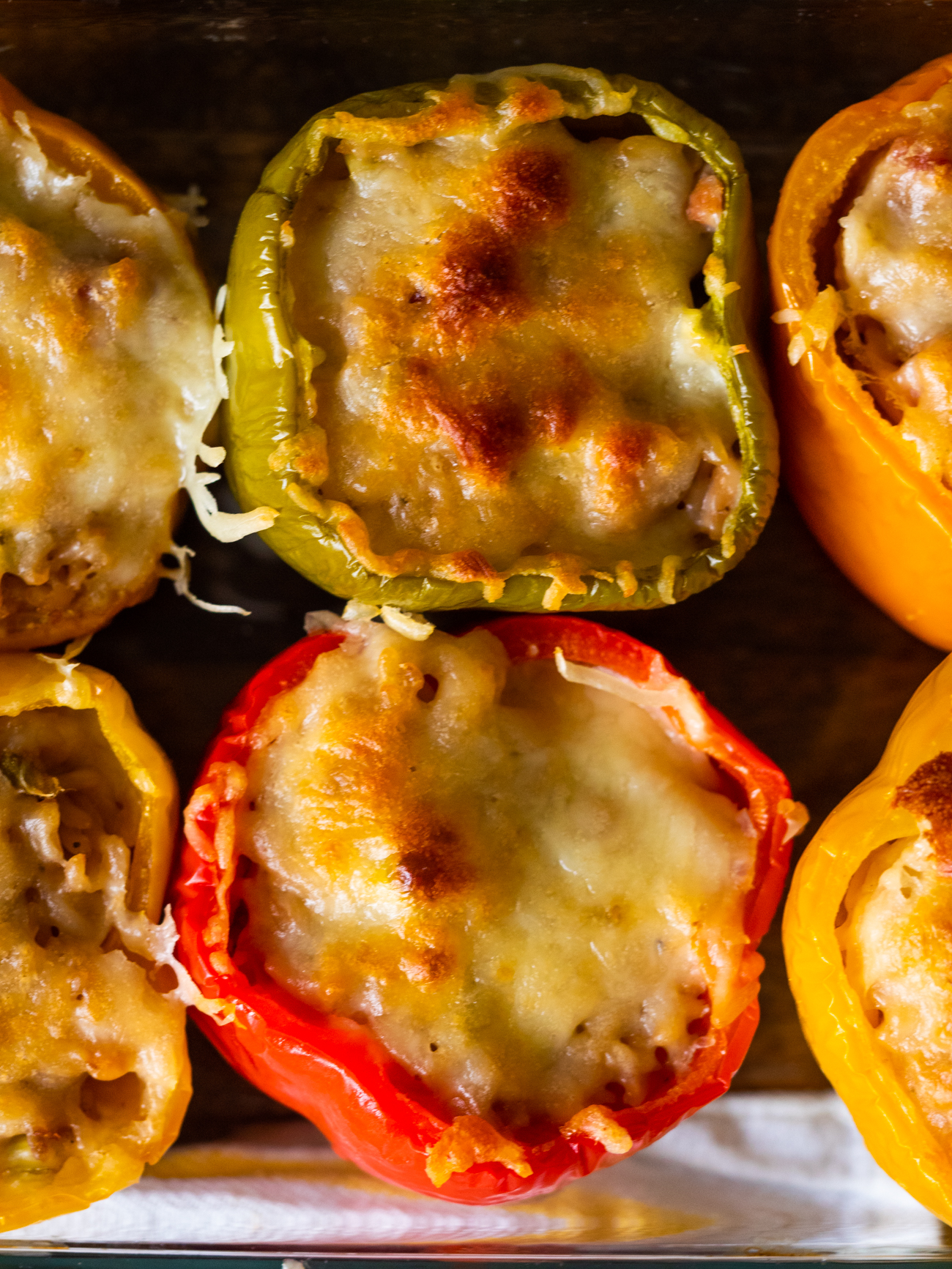 You start by slicing the tops off of four to six bell peppers and hollowing them out. (You can choose one color or go with a variety.) 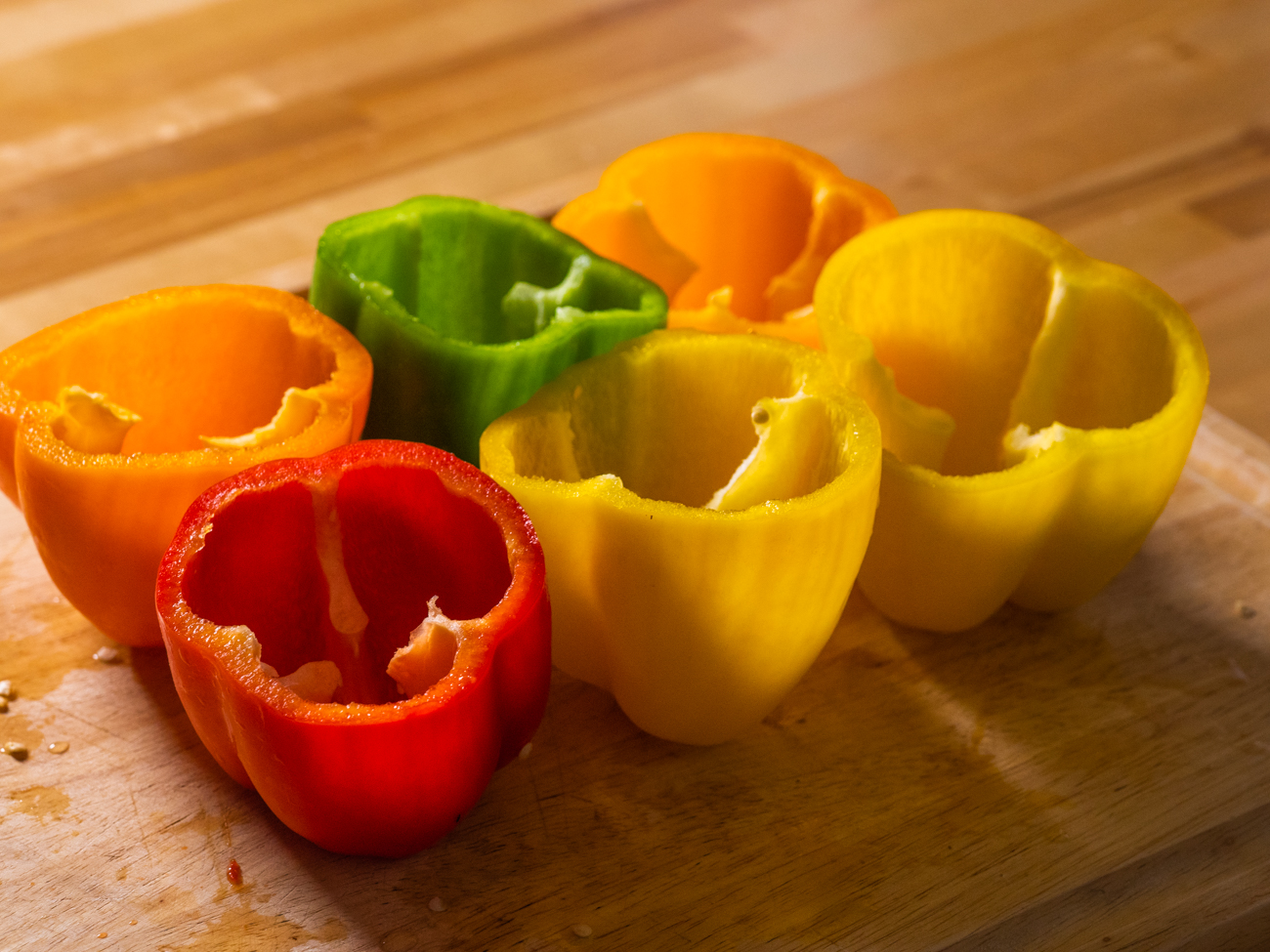 And then you saute some chopped red onion, just until it starts to soften. 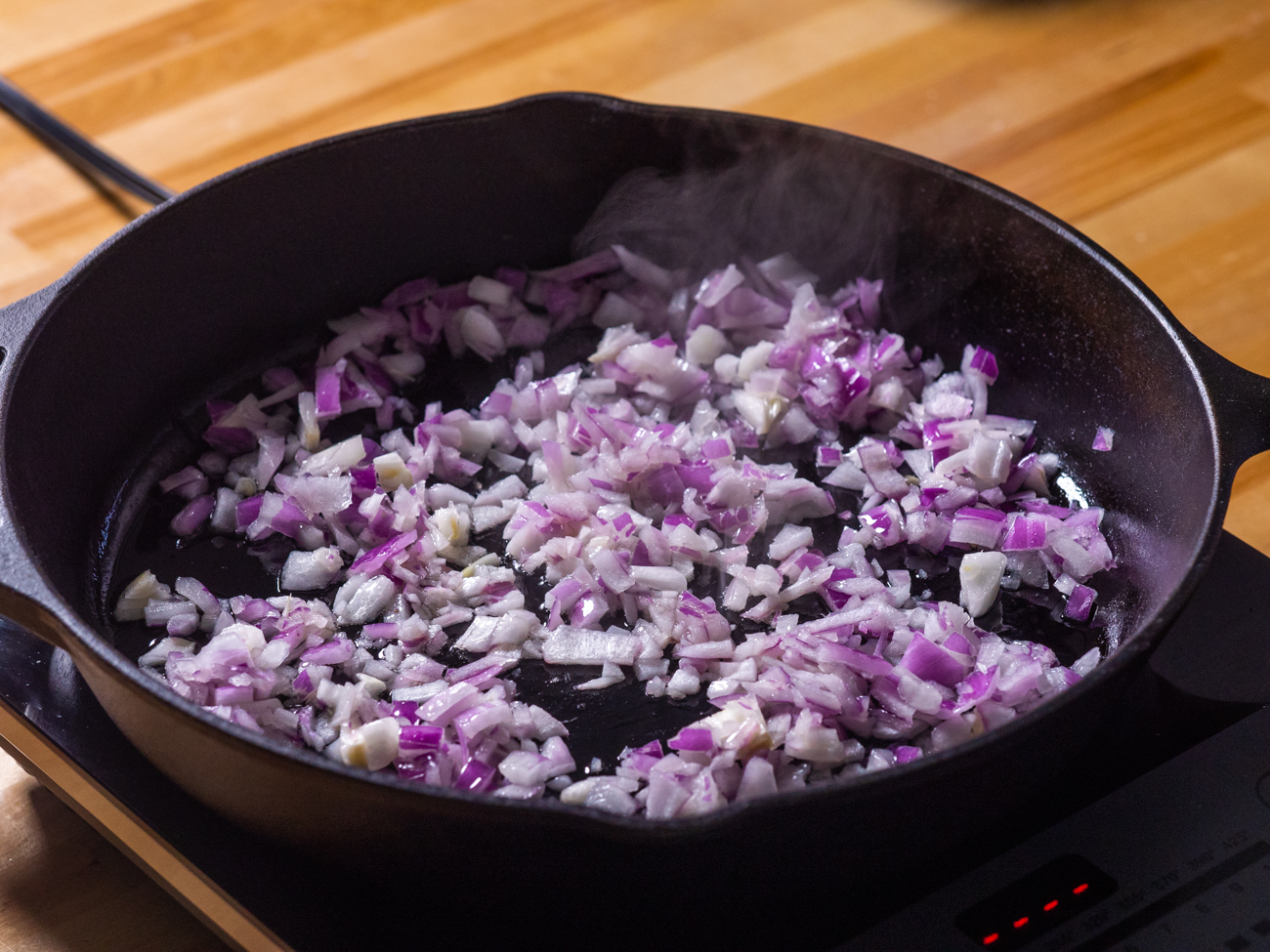 Some chopped ham goes in next and hangs out until the edges are golden brown. 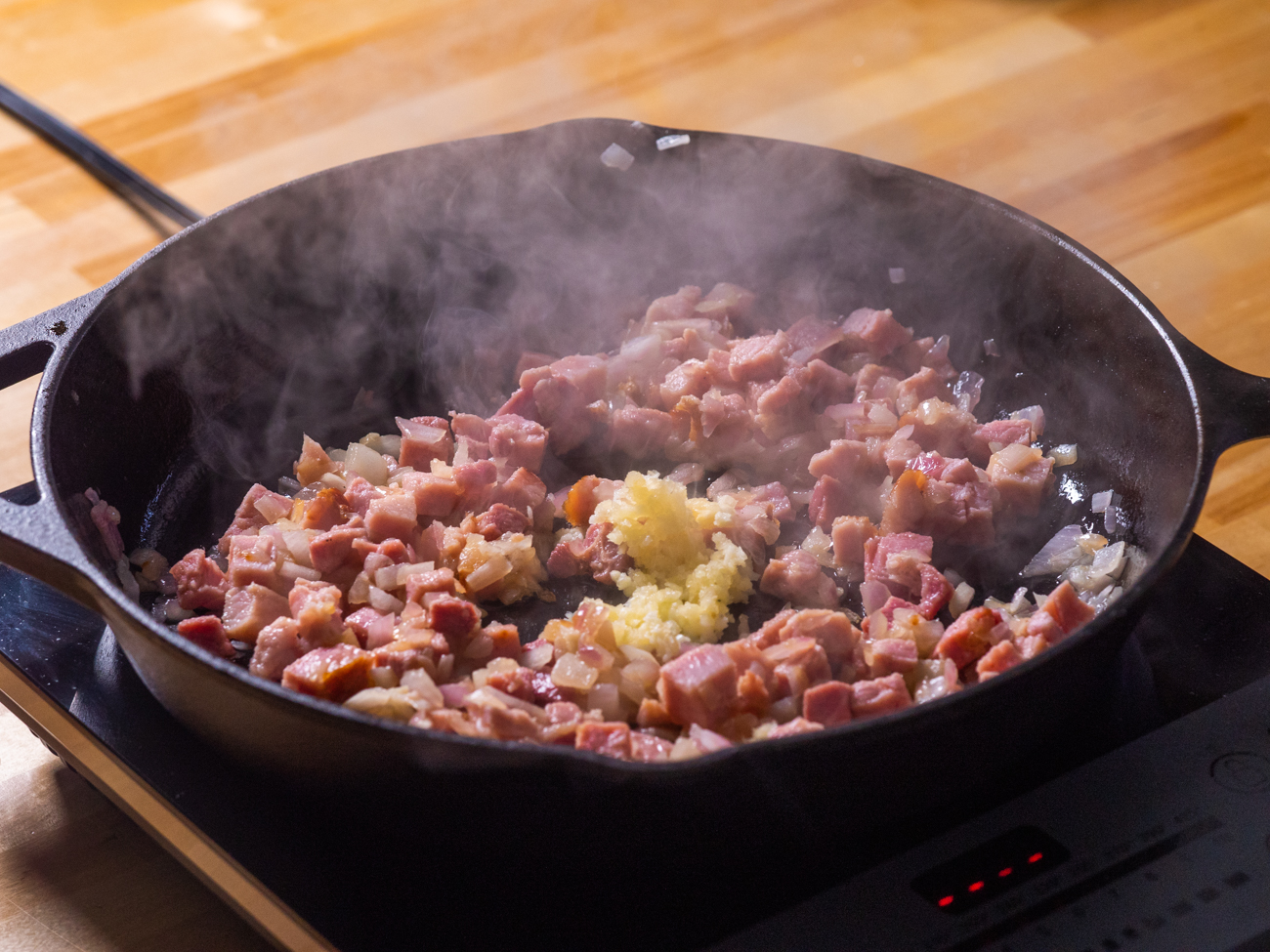 That gets mixed with some rice, teriyaki sauce, pineapple, and green onion… 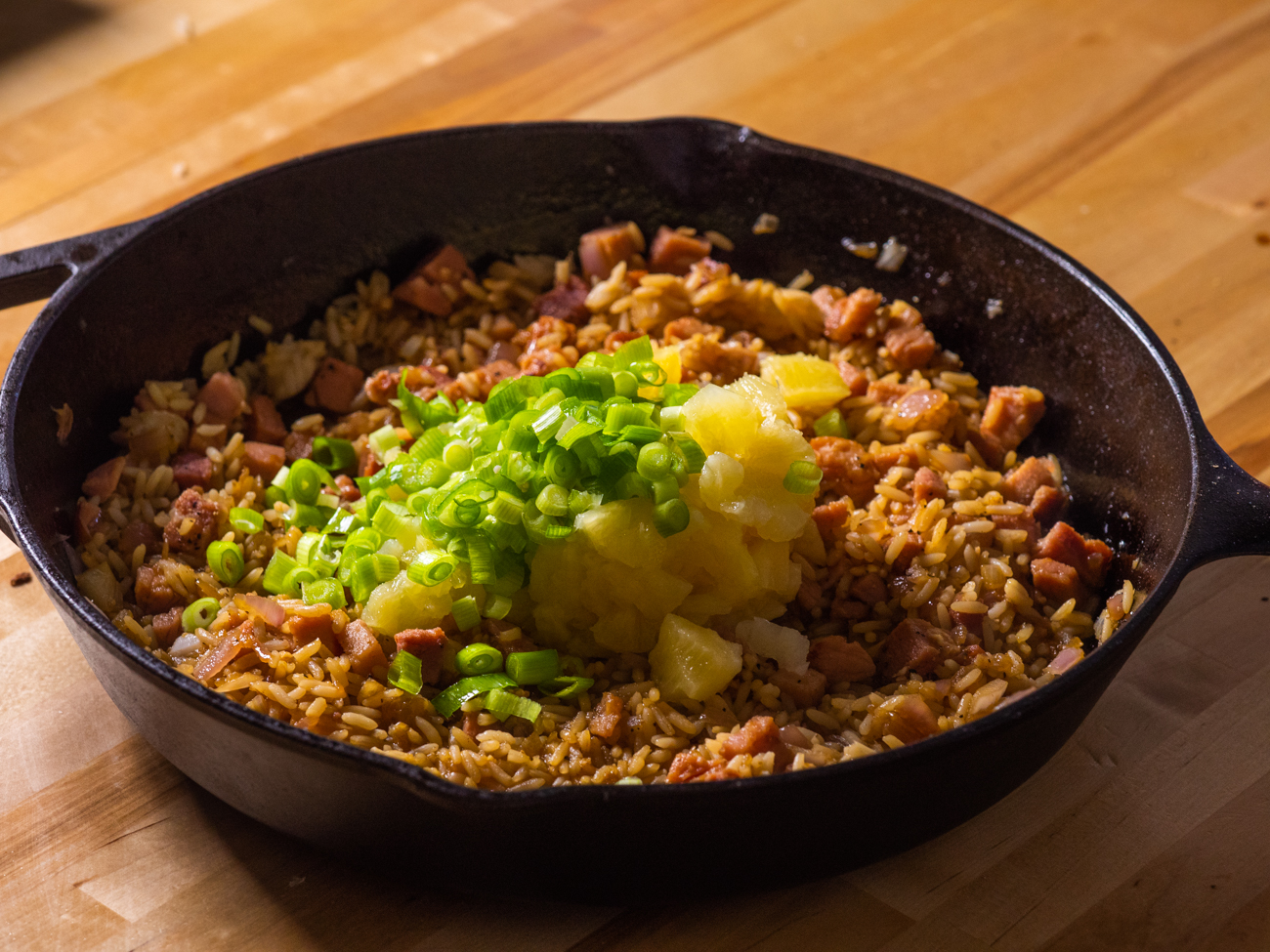 … before you spoon it into the peppers and top it with some mozzarella. 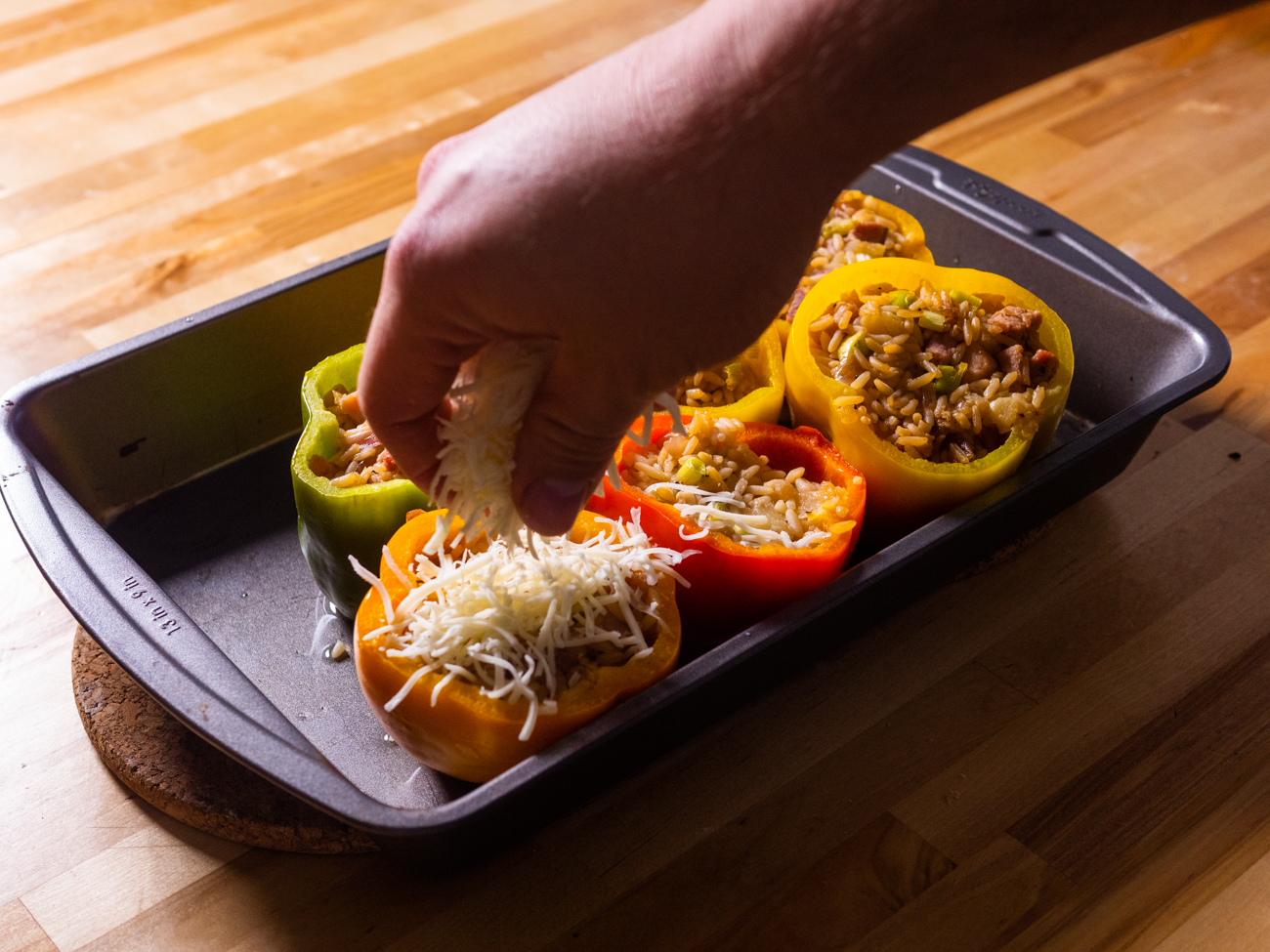 As it bakes, the peppers get wonderfully tender and they lend some of their zesty flavor to the rice mixture that fills them. With the sweetness of the pineapple, the saltiness of the ham, and the tang of the teriyaki, it’s a seriously great combo. 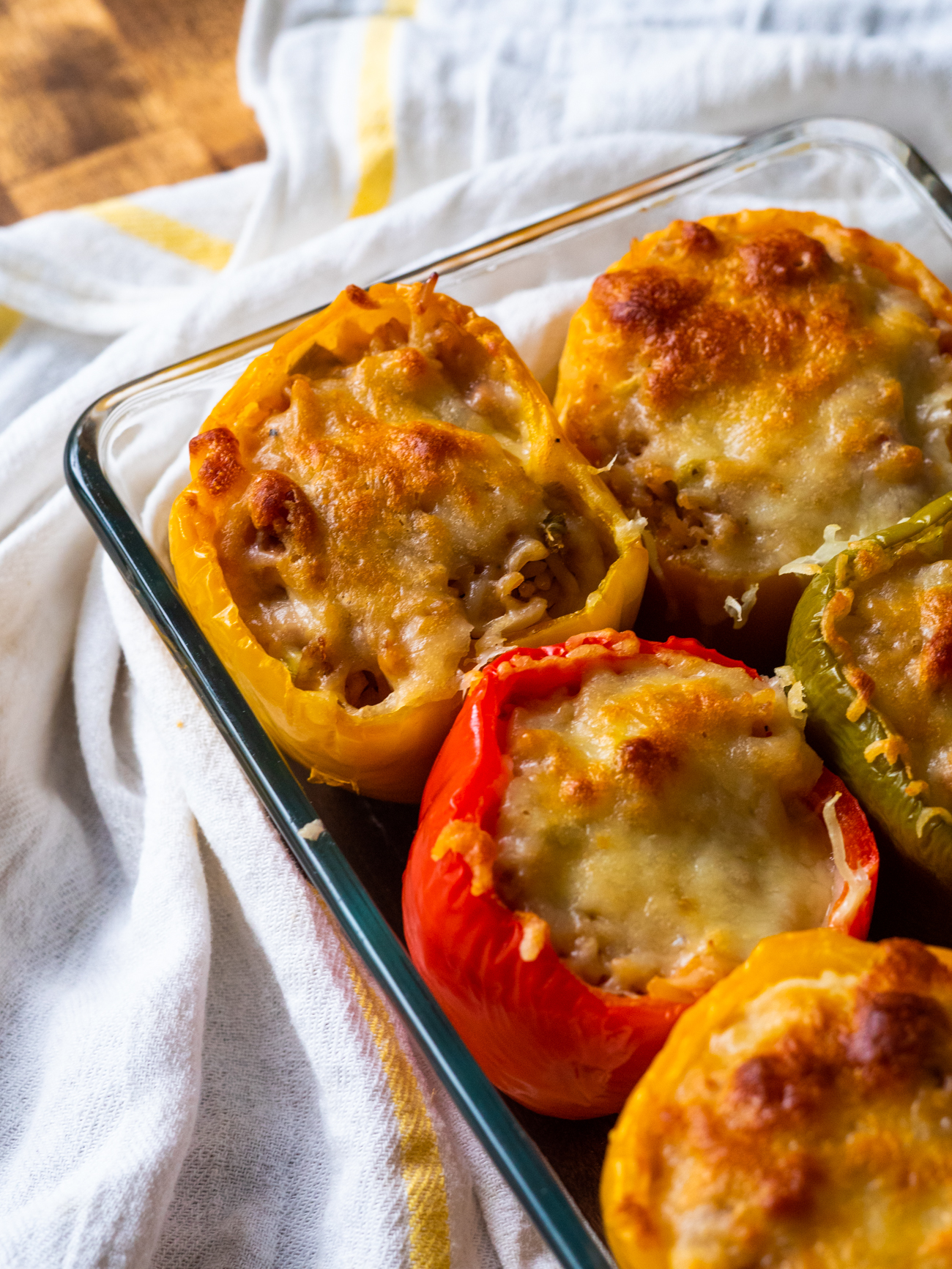 Much of the beauty of a stuffed pepper is that each one is like a personal complete pre-portioned meal. There’s everything you could need for a meal all in one little package – you’ve got a veggie, you’ve got a starch, some protein, some fruit (at least in this case). Pineapple on pizza may be a controversial thing, but when it’s tucked into these little guys, there aren’t a lot of naysayers. 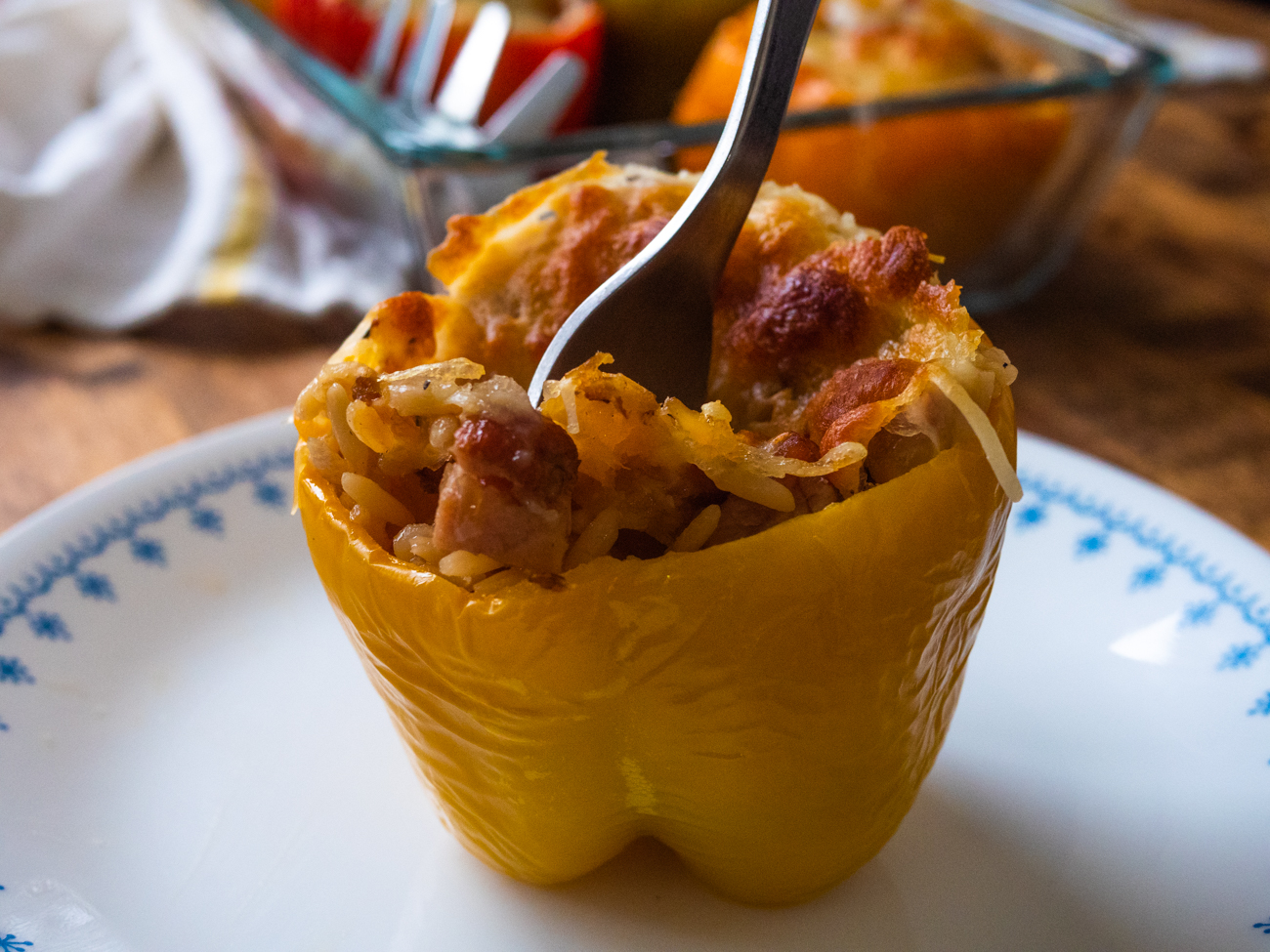