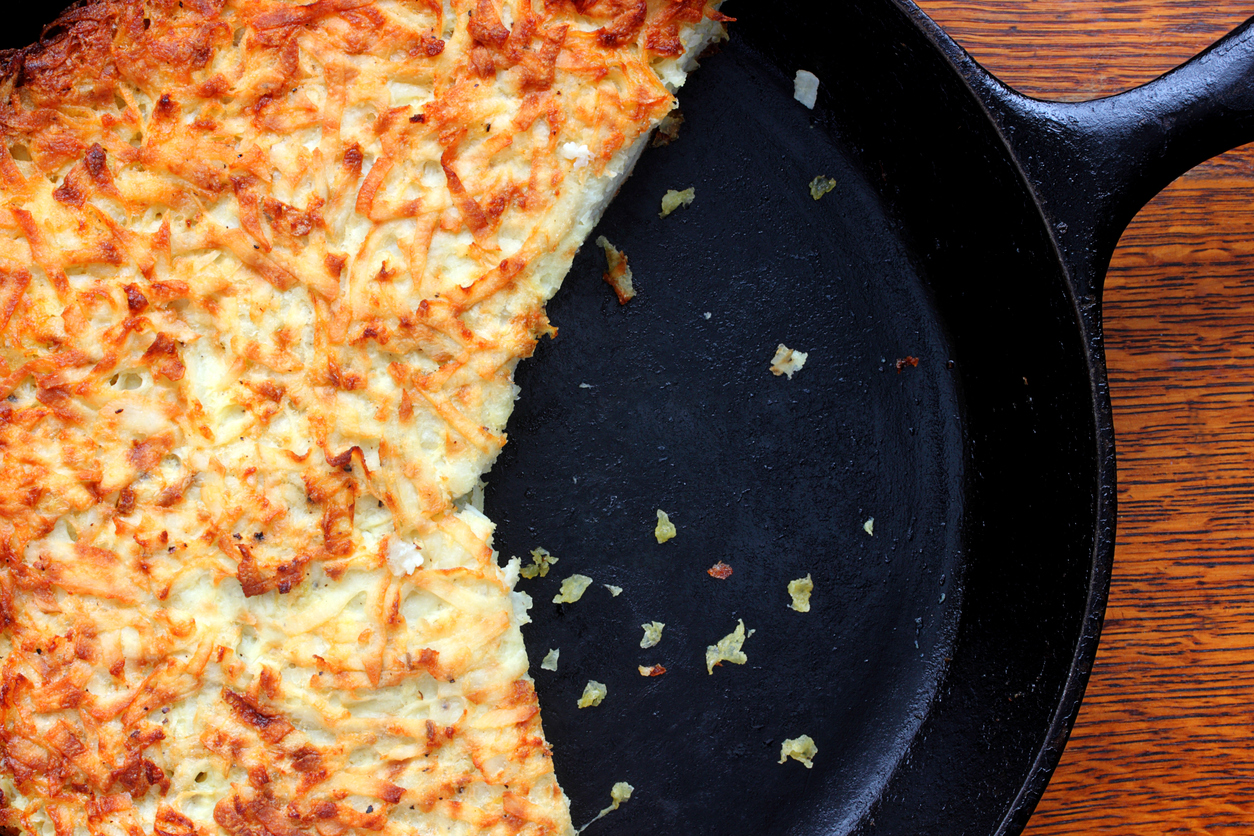 Creamy and soft on the inside and crispy and crunchy on the outside, this hash brown skillet is everything you want from a potato and more. Hash browns are probably our favorite style of breakfast potato and while we adore them in their simple, classic form, this skillet version kicks them up a notch and adds a creamy element that we just can’t get enough of. This dish takes its inspiration from the classic potato kugel, though ours adds in a few non-traditional components. It’s hard to improve upon a classic, but we think our recipe does the job!

We love that this comes together so easily and that there’s none of the stress of flipping hash browns. Both sides end up wonderfully crisp and you don’t even have to touch a spatula. This reheats beautifully in the oven, in fact, it might be even better the second time around. Though everyone in our family loves this so much, it doesn’t always last that long! We think it’s pretty much the perfect dish for a big Sunday morning breakfast, but it’s just as at home at a special brunch gathering. There are so many ways to serve this, with some ketchup, just a bit of salt and pepper, or even applesauce… but our favorite is to top it with a dollop of sour cream and some freshly snipped chives. Mmmm, it’s oh so good, and we just know you’ll think so too!