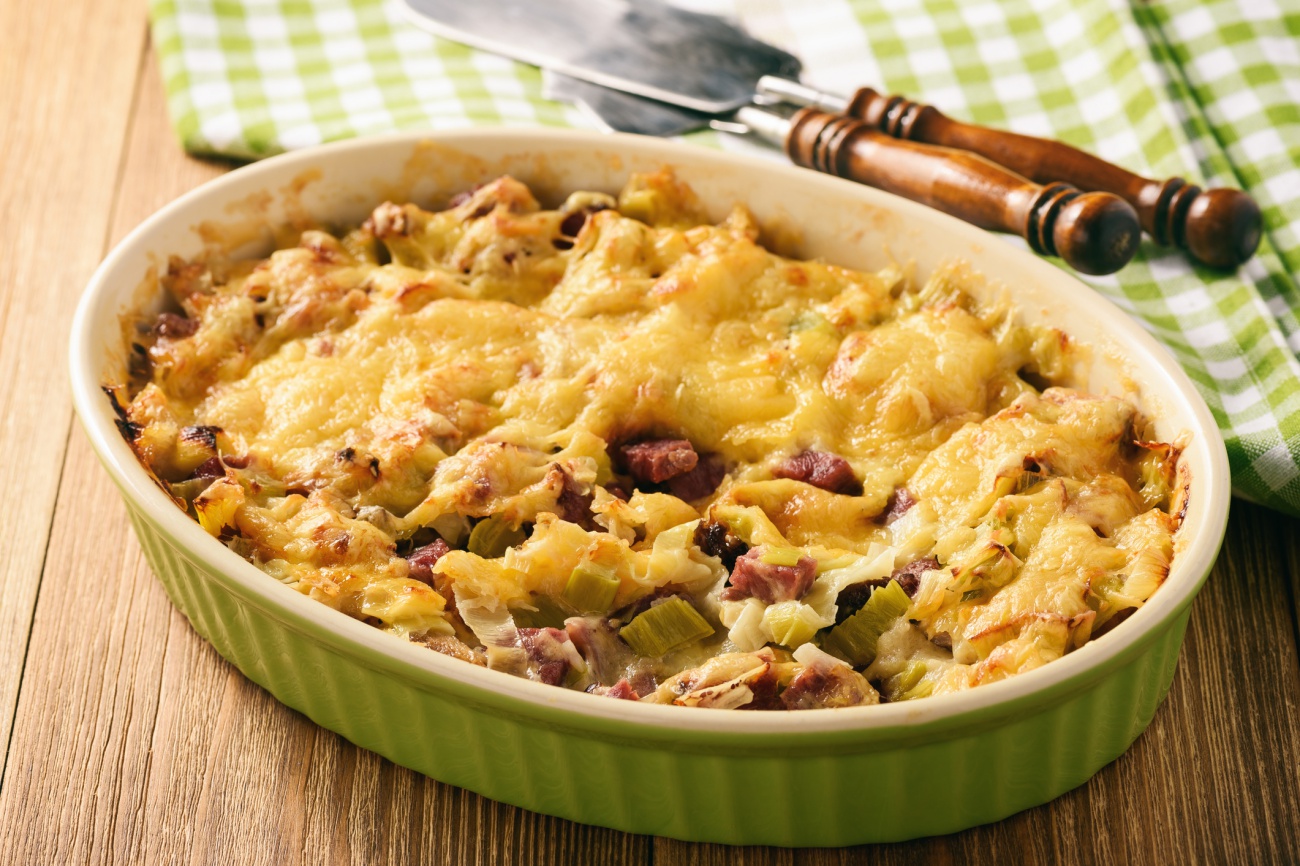 We always seem to find ourselves forgetting about leeks, which is a silly thing to do. Where onions can sometimes be sharp, leeks are mellow in all their allium goodness and bring a more subtle flavor to a dish. We just love them and should be using them more often. We also love bread pudding. So we decided to combine those two with a few other things we love. Like cheese. And thick, salty ham. And because life is short, a little more cheese. 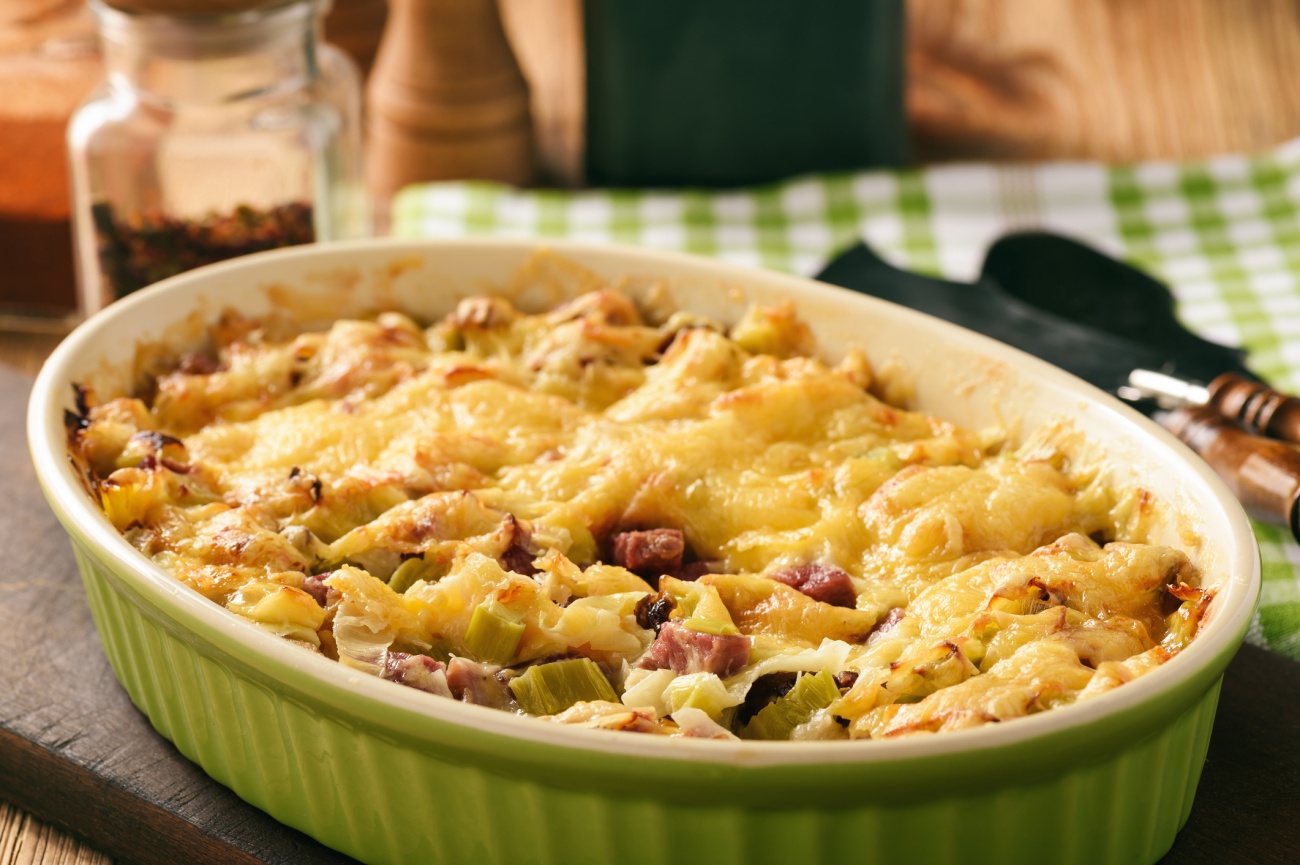 It’s a savory and filling bread pudding for sure. While the bread is soft and infused with all of the flavors this bake has going on, the top is crunchy and unapologetically cheesy. Thick chunks of ham steak add a salty bite and the silky leeks give just the right amount of onion flavor throughout the whole thing.

If you haven’t used leeks before, you should know upfront that they can be really sandy. As they push up through the soil, they tend to gather dirt in their layers, so a good thorough cleaning is in order. The easiest way to do it is to chop off the dark green tops and the stem and discard them, and then cut the remaining white and pale green portion in half lengthwise. You then chop the halves into little half moons and swish them around in a sinkful of water. All the grit should fall to the bottom. Drain them well and they’re ready to use. 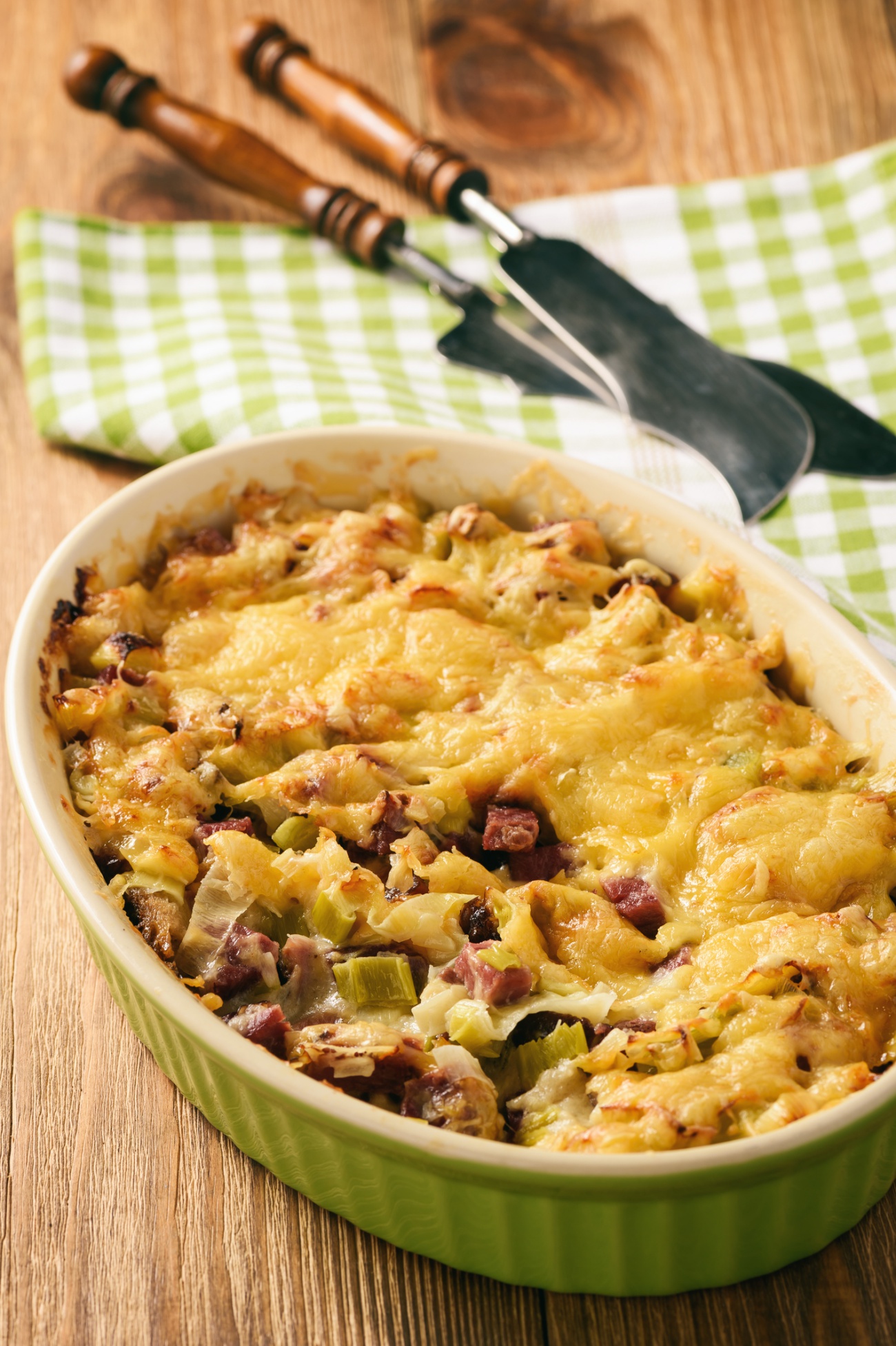 If you’d like your bread to hold its texture better, you can toast the cubes before assembling the dish, or use stale bread. We think Gruyere is a great choice for this dish – it goes so well with the other flavors – but it’s basically a nuttier version of Swiss, so the latter makes a great (and usually more affordable) replacement if need be.

Chef Ina Garten Shared Her Quarantine Cocktail Recipe At 9:30am Cause “It’s Always Cocktail Hour In A Crisis”
The Best Way To Clean Your Range Hood Filter
Try These Food Swaps When You Run Out Of Ingredients
You Can Make Shake Shack Burgers At Home With Their DIY Kits