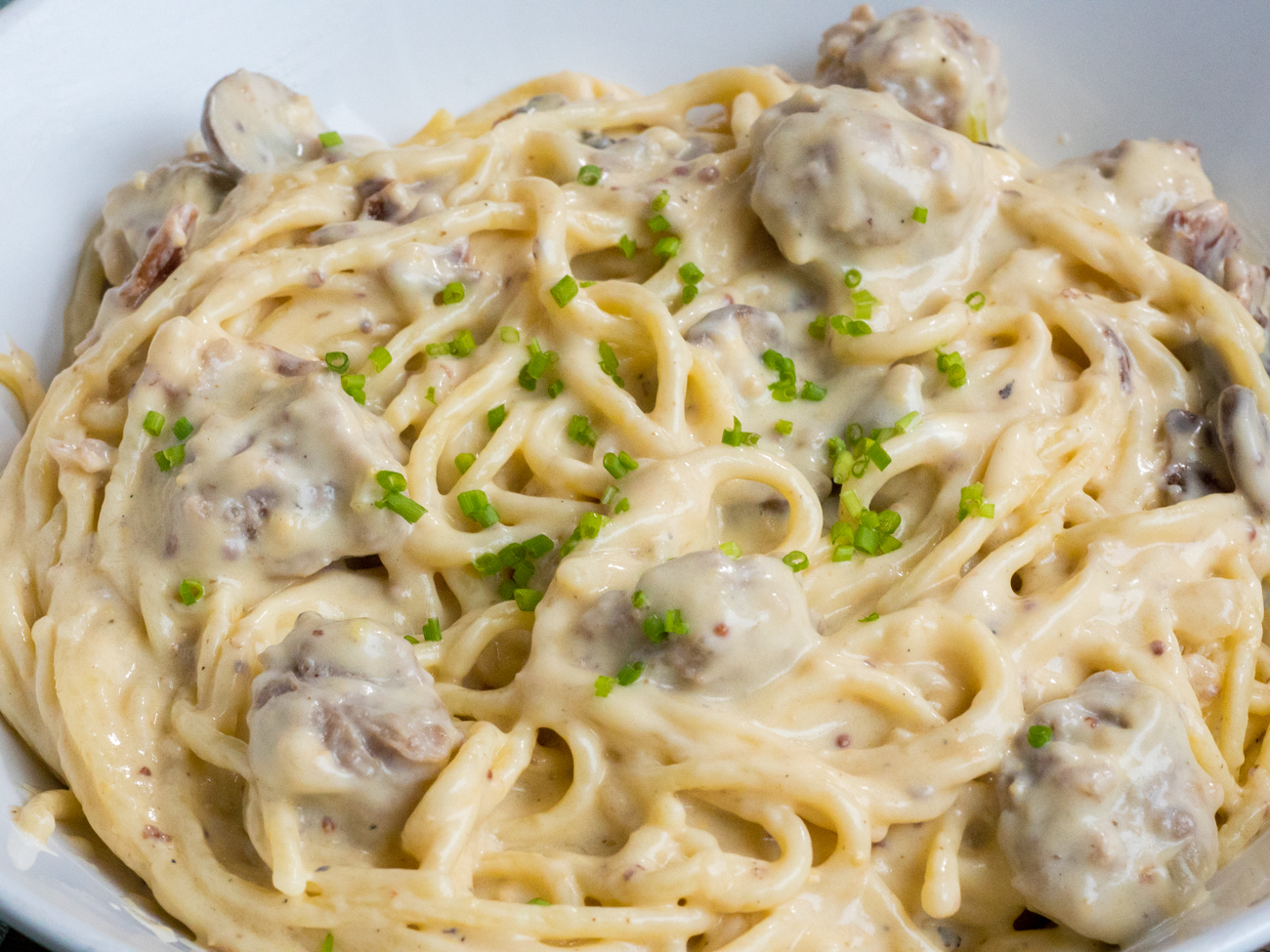 When you think of spaghetti, you probably think of red sauce and maybe a light dusting of parmesan cheese, so this German Spaghetti might seem a little outside the box. It isn’t your traditional spaghetti, true, but it’s all-at-once creamy and meaty and comforting and if you’re looking to add more bratwurst and German beer in your life, it’s the perfect pasta dish for you. 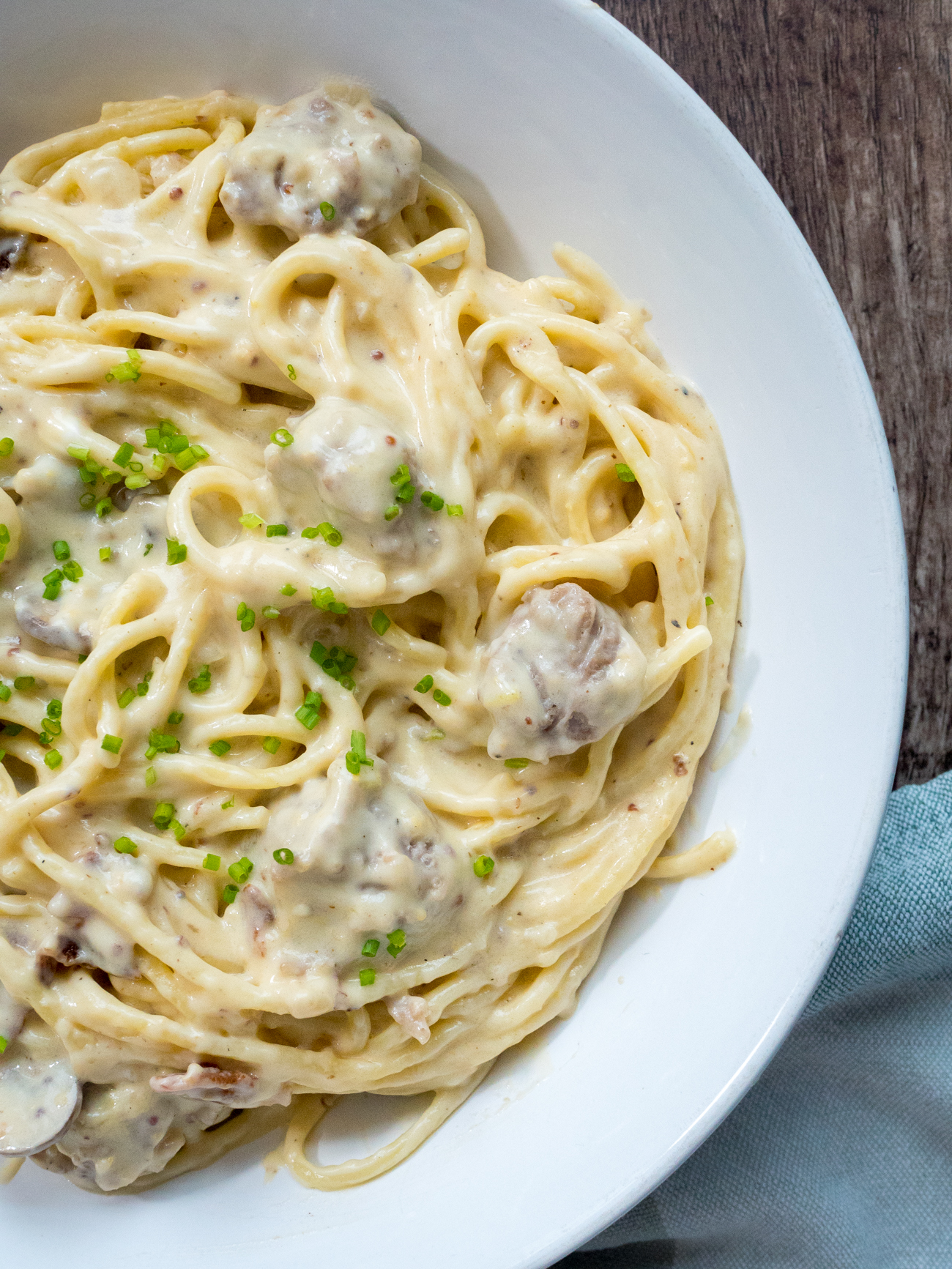 It’s the kind of pasta dish that’s quick but more than hearty enough to make up an entire meal and that’s thanks to the fact that it features both bacon and sliced bratwurst, as well as some earthy mushrooms. 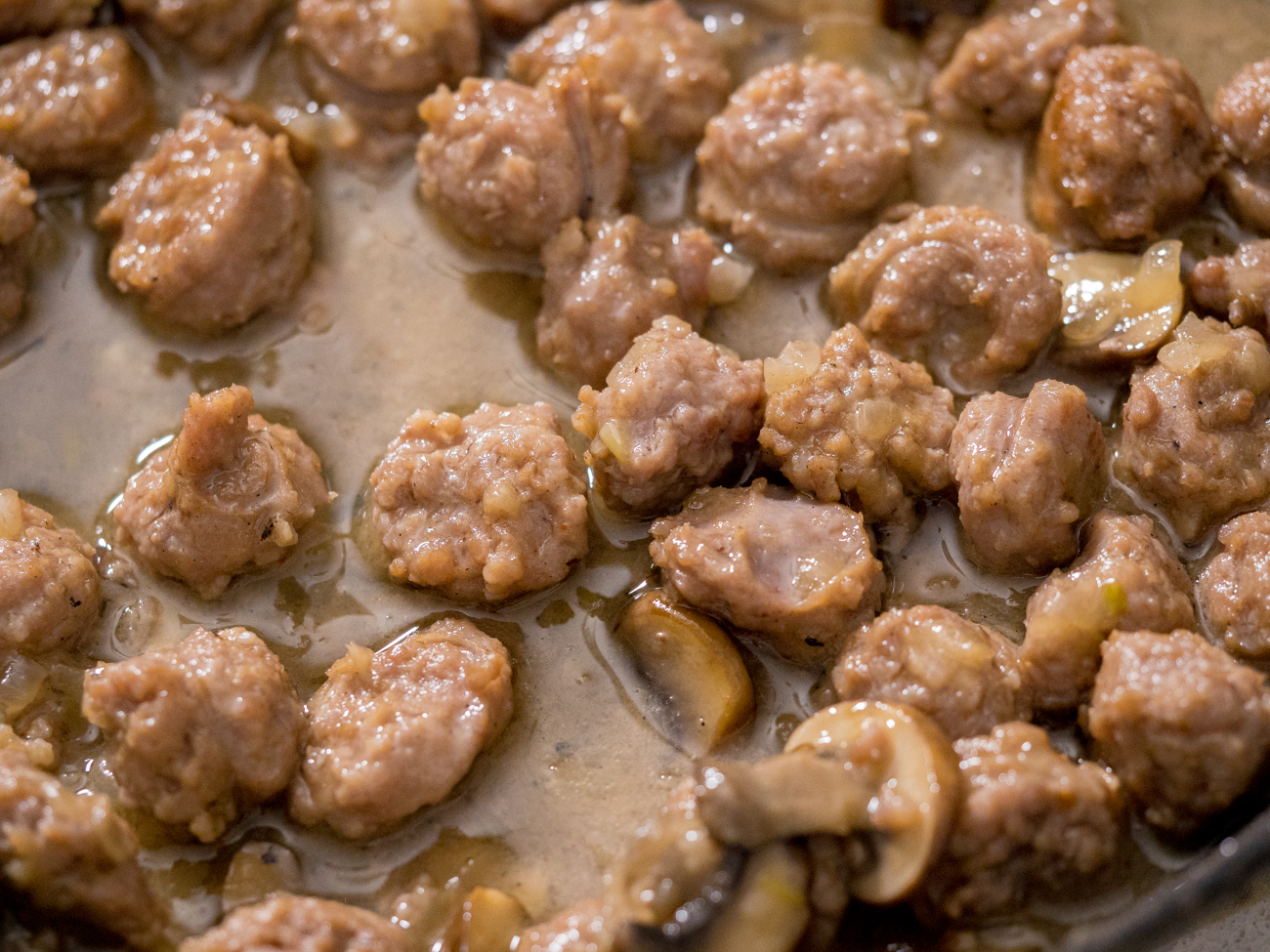 You start by browning the meat and some onions and mushrooms and once the latter two are tender, you deglaze the pan with some Heifewezen (or any other German beer you happen to like). 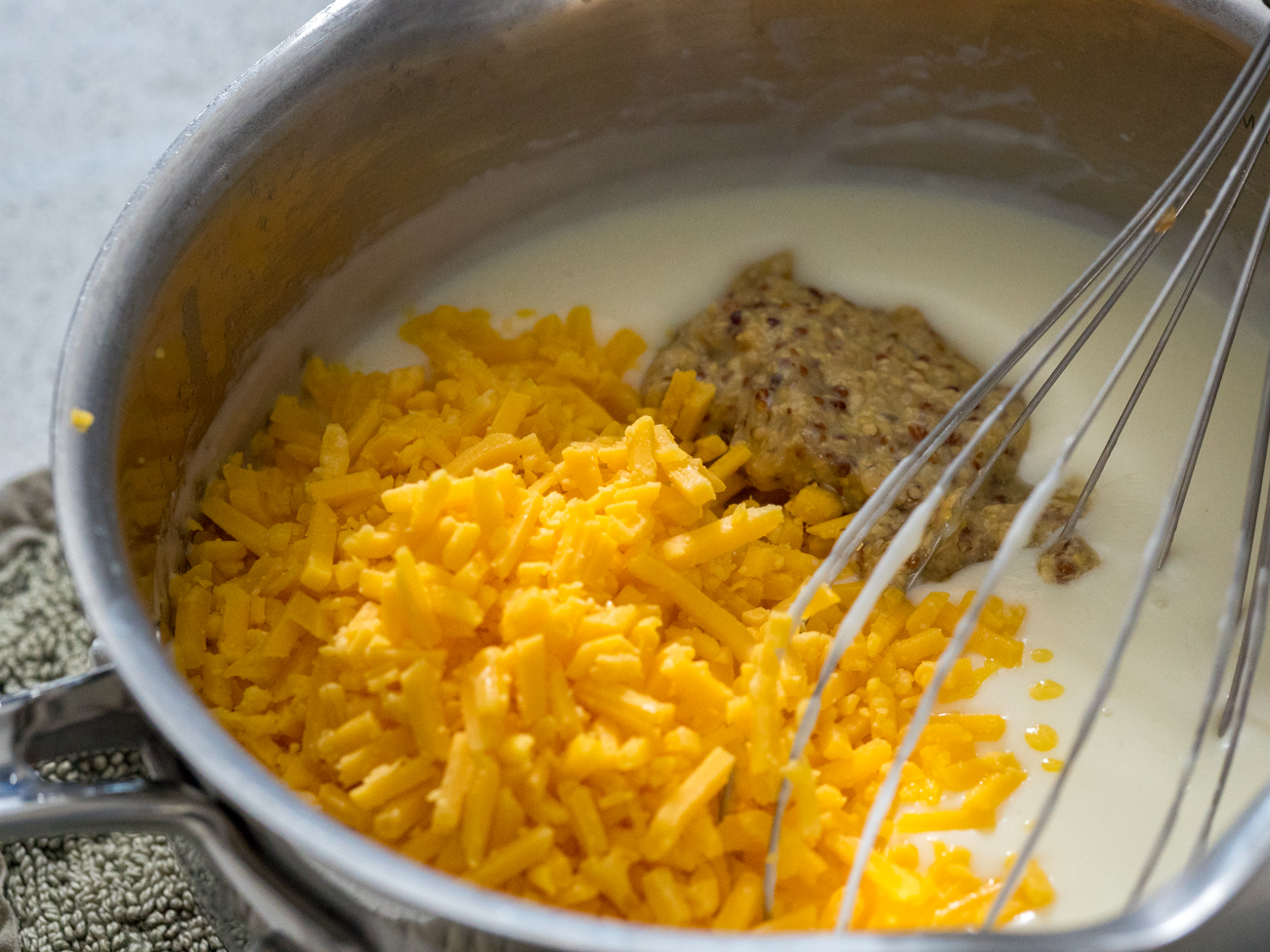 In another saucepan, you make a simple roux as a base for the creamy sauce, which is comprised of milk, stoneground mustard, and cheddar cheese.

Is cheddar cheese German? No. Does it work here? Absolutely it does. 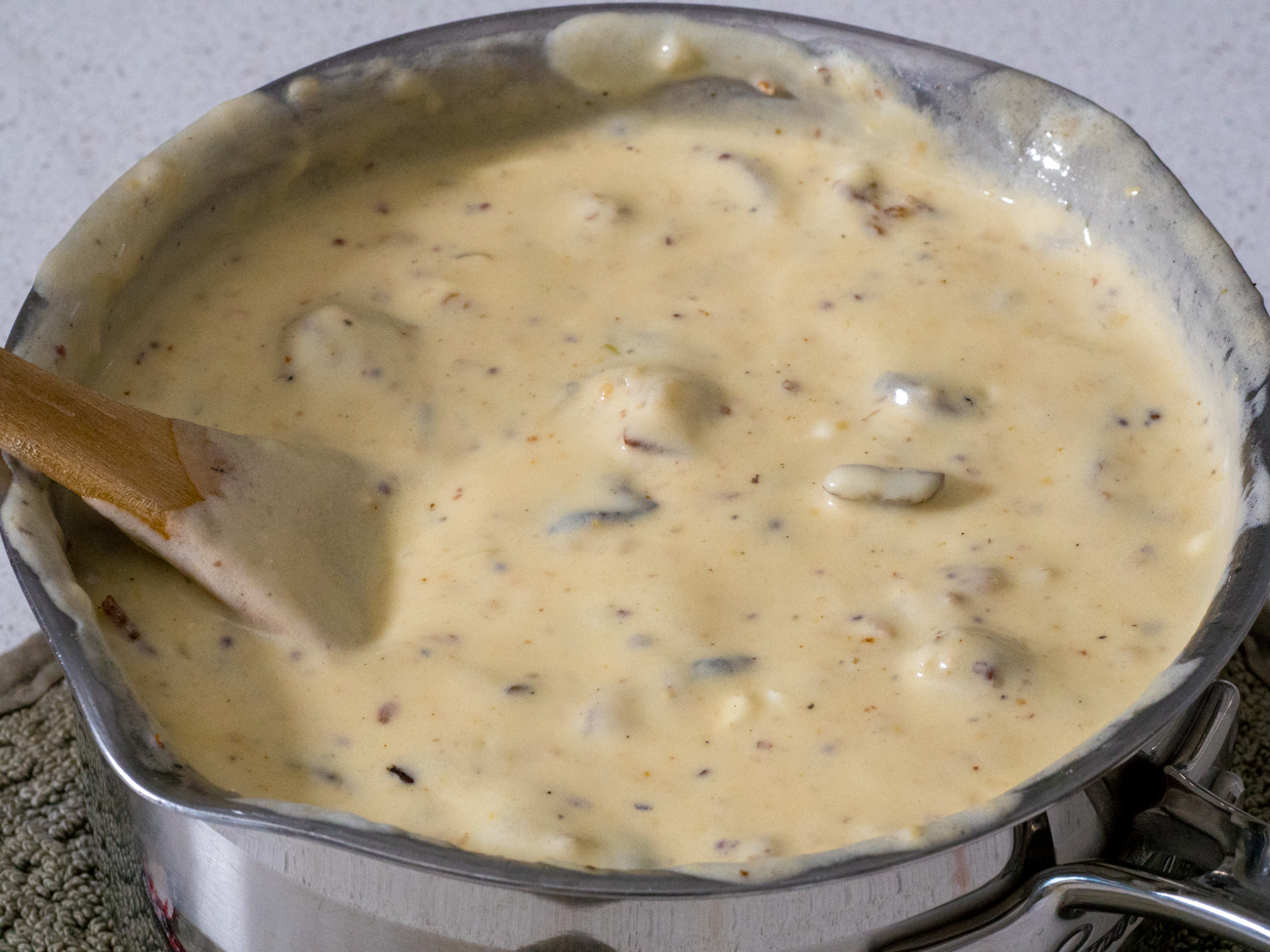 Some sour cream gets stirred in too, and while that’s a lot of creaminess, a dash of apple cider vinegar works with the stone ground mustard to bring in some acidity for balance. Once everything is stirred together, the flavor of the beer helps to temper the heartiness of the dish. 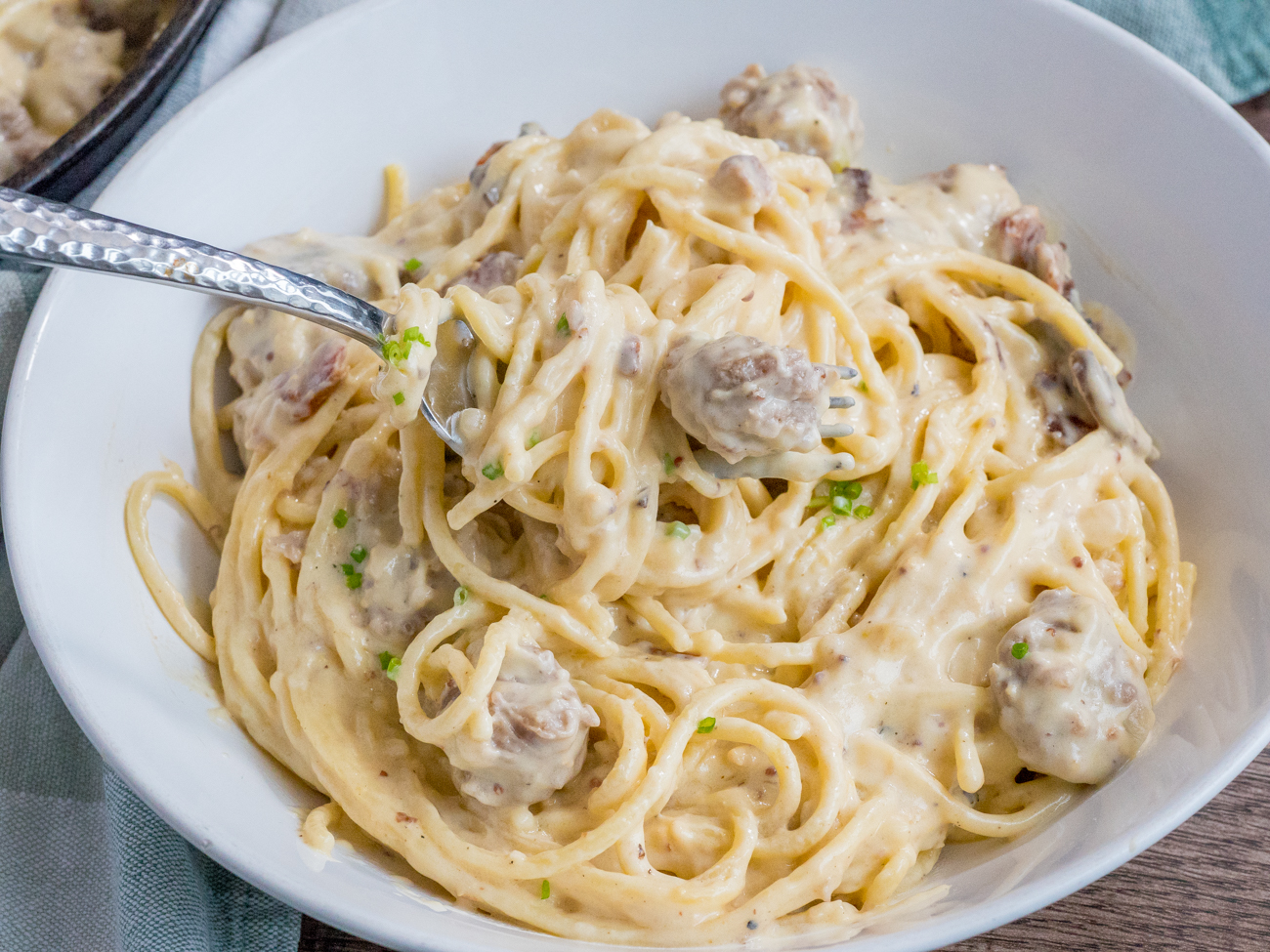 Now, this is stick-to-your-ribs comfort food, but it never feels too heavy. And that all has to do with the balance of flavors – while it’s unapologetically creamy, the savory, meatiness is balanced so well by the beer and mustard. It’s definitely worth swapping in for your next spaghetti night. 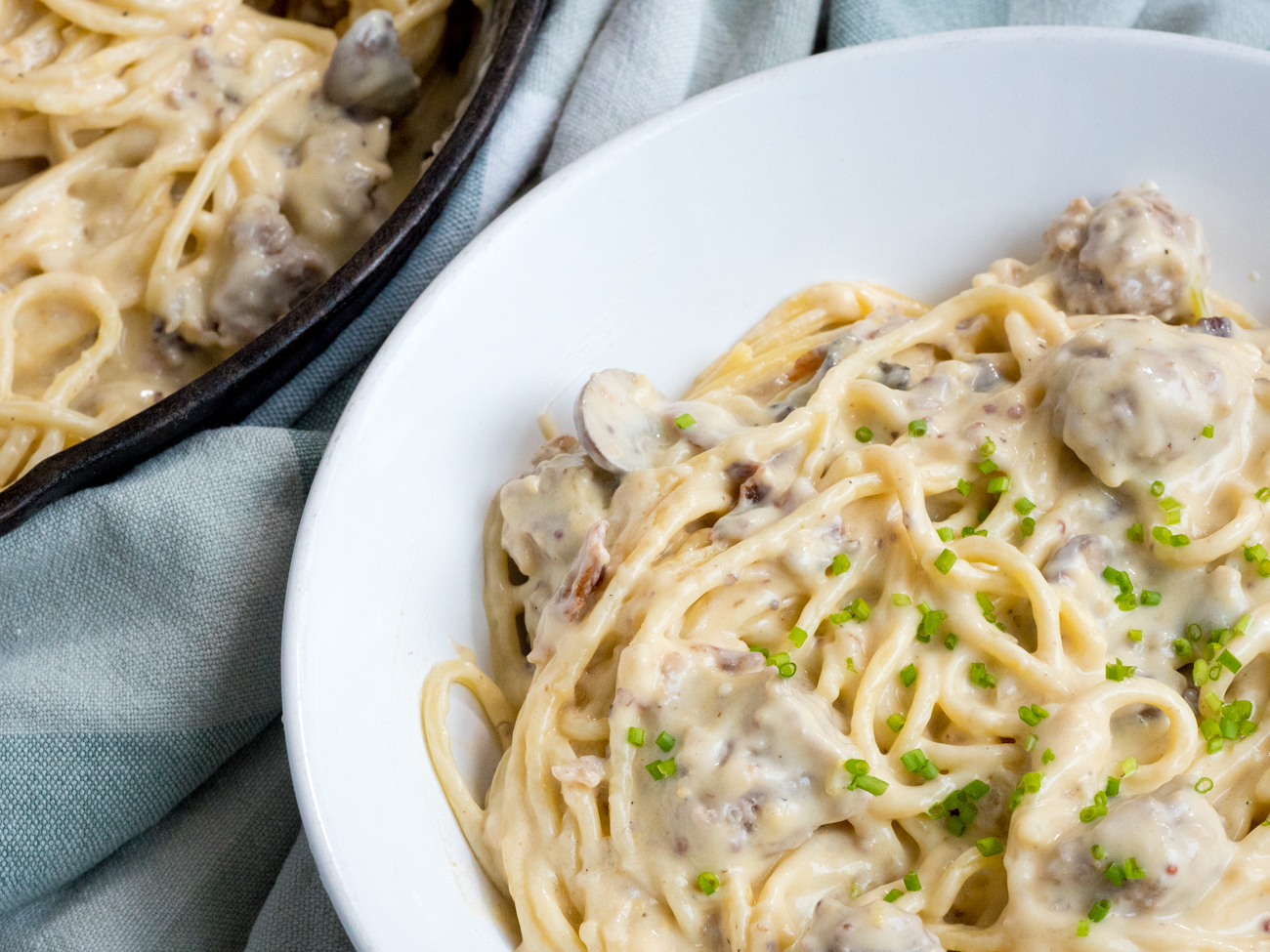