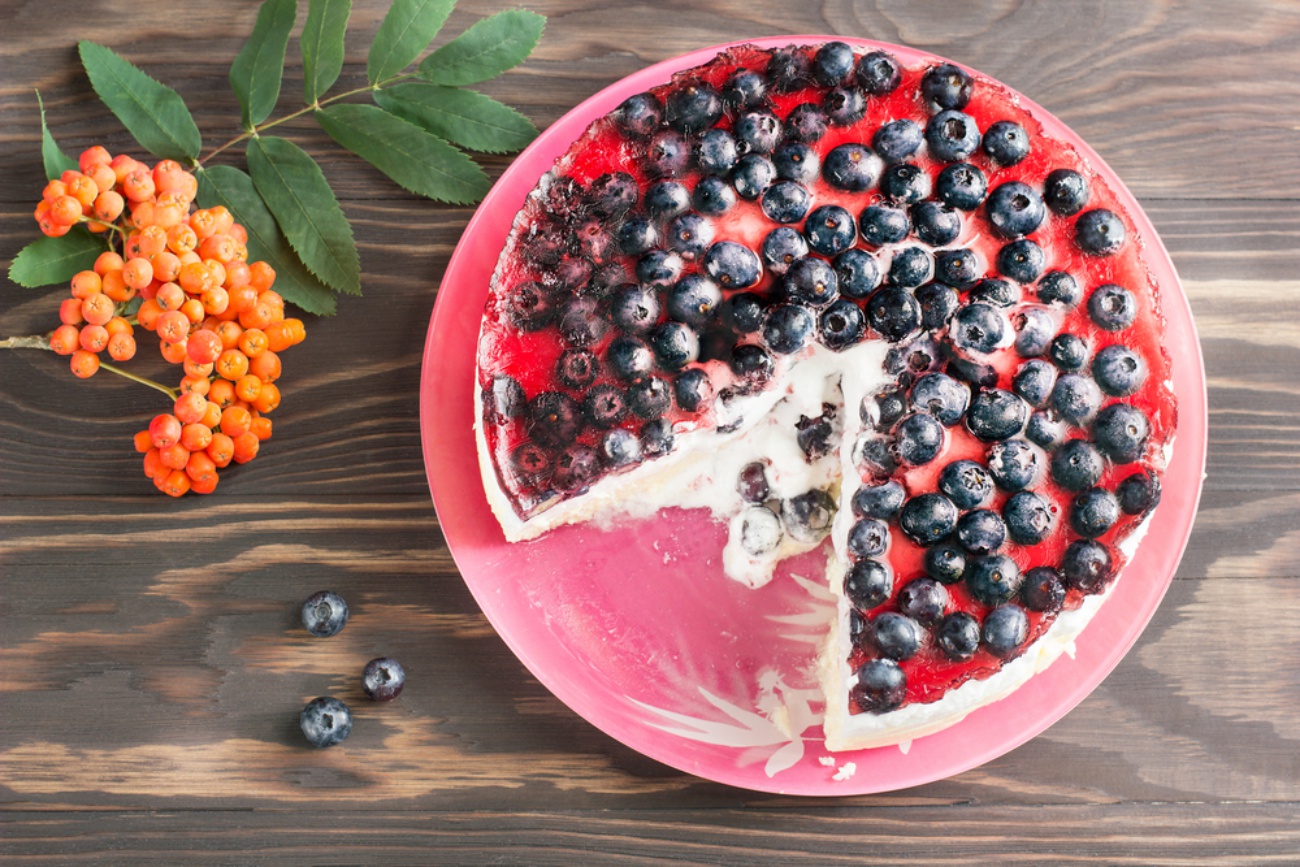 You probably know as well as we do, it’s hard to resist a good cheesecake. There’s just no match for that sweet and creamy goodness. But making a crust and dealing with baking in a water bath can be a pain, which is why we love German Cheesecake so much. It’s simple and easy to make and is a little bit lighter than its American counterpart. This one here has a light and fluffy layer of meringue and is finished with a beautiful jellied blueberry layer, so while it does have a few steps to it, we promise none of them are hard. And all of them are well worth it! 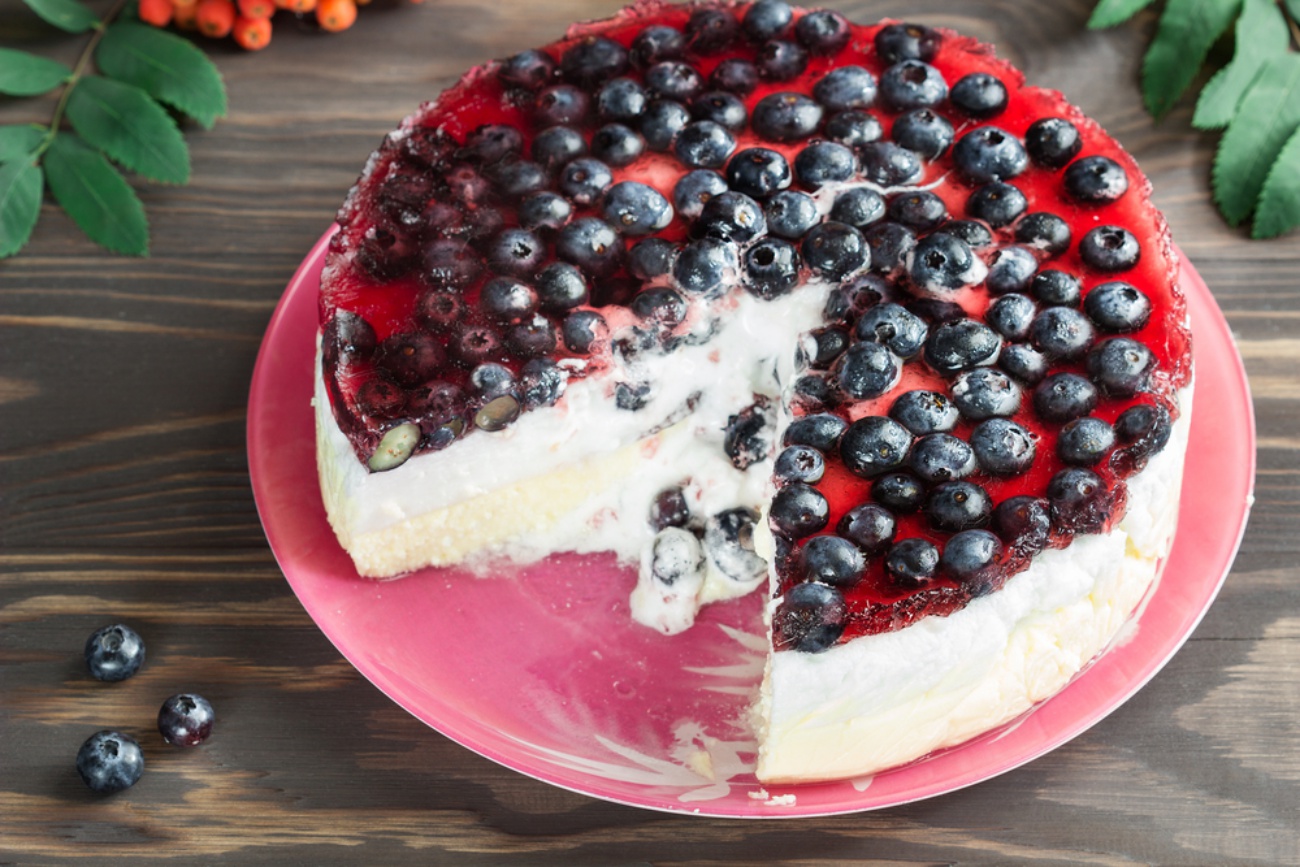 German cheesecake either has a rolled pie crust or no crust at all, and it uses quark rather than cream cheese. Quark is a soft, fresh cheese with a mellow tang and a creamy consistency. It’s common in Germany and many European countries, but it’s hard to find in the United States. It’s easy to make your own, but cottage cheese is a good substitute; you just need to puree it in the blender first to get a similar consistency. The cheesecake layer here is tender and fluffy with a delicious mellow tang. 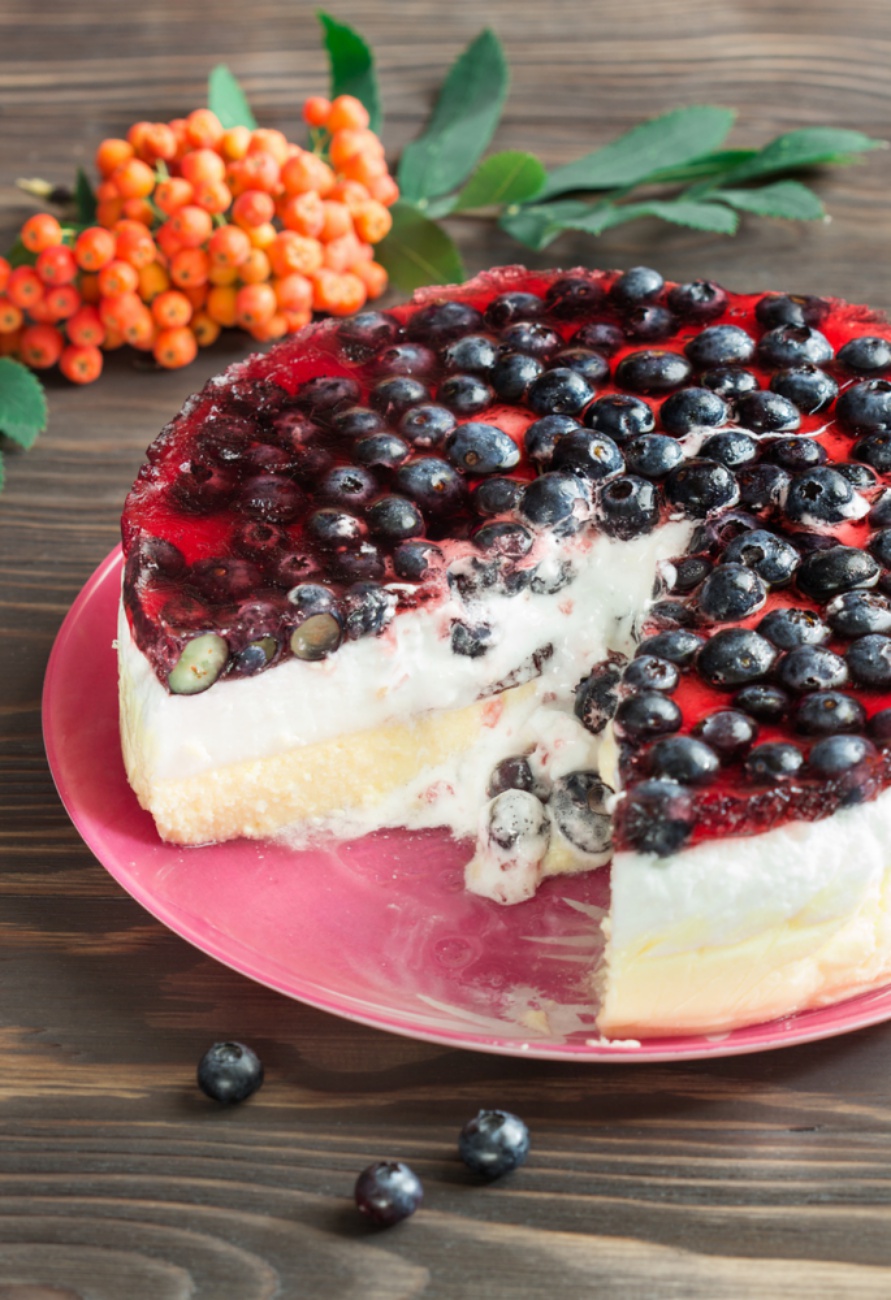 We’ve used an easy stovetop meringue as the middle layer. Because the sugar and syrup are cooked on the stove, they cook the eggs as they’re added and there’s no need to brown the meringue in the oven. The meringue brings even more levity to this beautiful cake. It’s like eating a sweet little cloud. The final touch, and what we think might be the piece de resistance, is a final layer of blueberry gelatin and fresh blueberries. The sweet pop of fresh blueberries nestled in jello against the creamy, fluffy layers beneath is just heavenly.