My guilty pleasure of choice has always been mac and cheese. I’ve always loved the ooey gooey goodness of the popular comfort food. And growing up, my mother instilled in me the importance of balancing it out with a healthy helping of vegetables. The only problem was, she would load the vegetables on the same plate alongside the mac and cheese. The two foods would actually touch and it would drive me insane. For years I thought I was a weirdo who hated when foods on my plate would touch.

It turns out, I’m not alone. There are plenty of other people who don’t like when their foods touch. If this sounds like you or someone you know, then you should know that there is a nifty little gadget that might make a difference. It’s called the Food Cubby. In short, it’s a silicone food divider that keeps each item of food compartmentalized on its own on the plate. 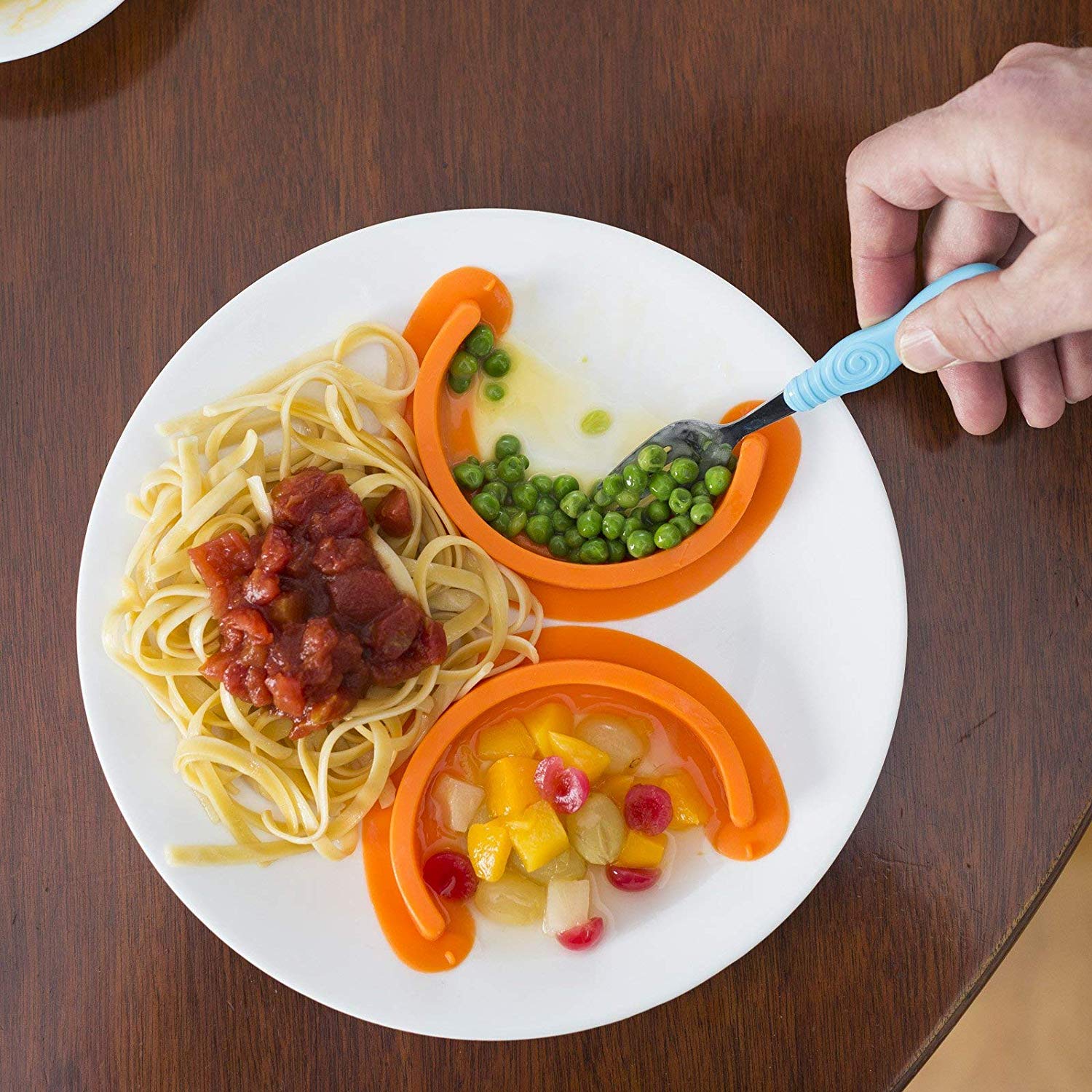 And you can buy it off Amazon for only $14.99. it comes in a two-pack and employs suction in order to stay on the plate. There’s the added bonus that the Food Cubby’s design allows for food to be easily pushed onto a utensil without the assistance of fingers. While it’s a gadget that was more geared towards kids, adults can also avail of these – and they have!

The Food Cubby keeps sauces, syrups, and other runny foods in their place on the plate so they don’t end up mixing with other items on the plate. 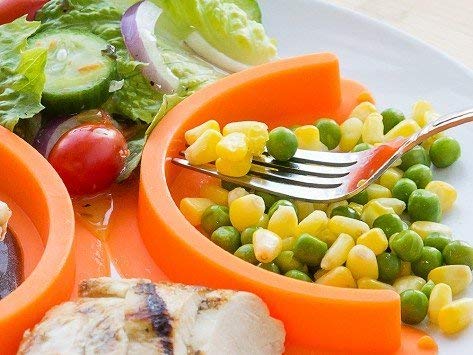 As the product description reads, “Some people have a condition called brumotactillophobia, a phobia that manifests as being a picky eater. It’s actually a mild to severe fear of food touching (and form of OCD), which can cause people to eat each item on their plate in a certain order or take measures to divide those items. Eating off a divided plate or using separate dishes helps many people cope with it.”

And, fun fact, the invention was actually a child’s brilliant idea!

Even if you don’t have brumotactillophobia, it’s great in case you don’t want different food textures or flavors mixing, or if you just have a little bit of a control thing and like all your foods separate. The invention is also great for those with sensory issues who don’t enjoy the sight, feeling, or taste of foods mixing. 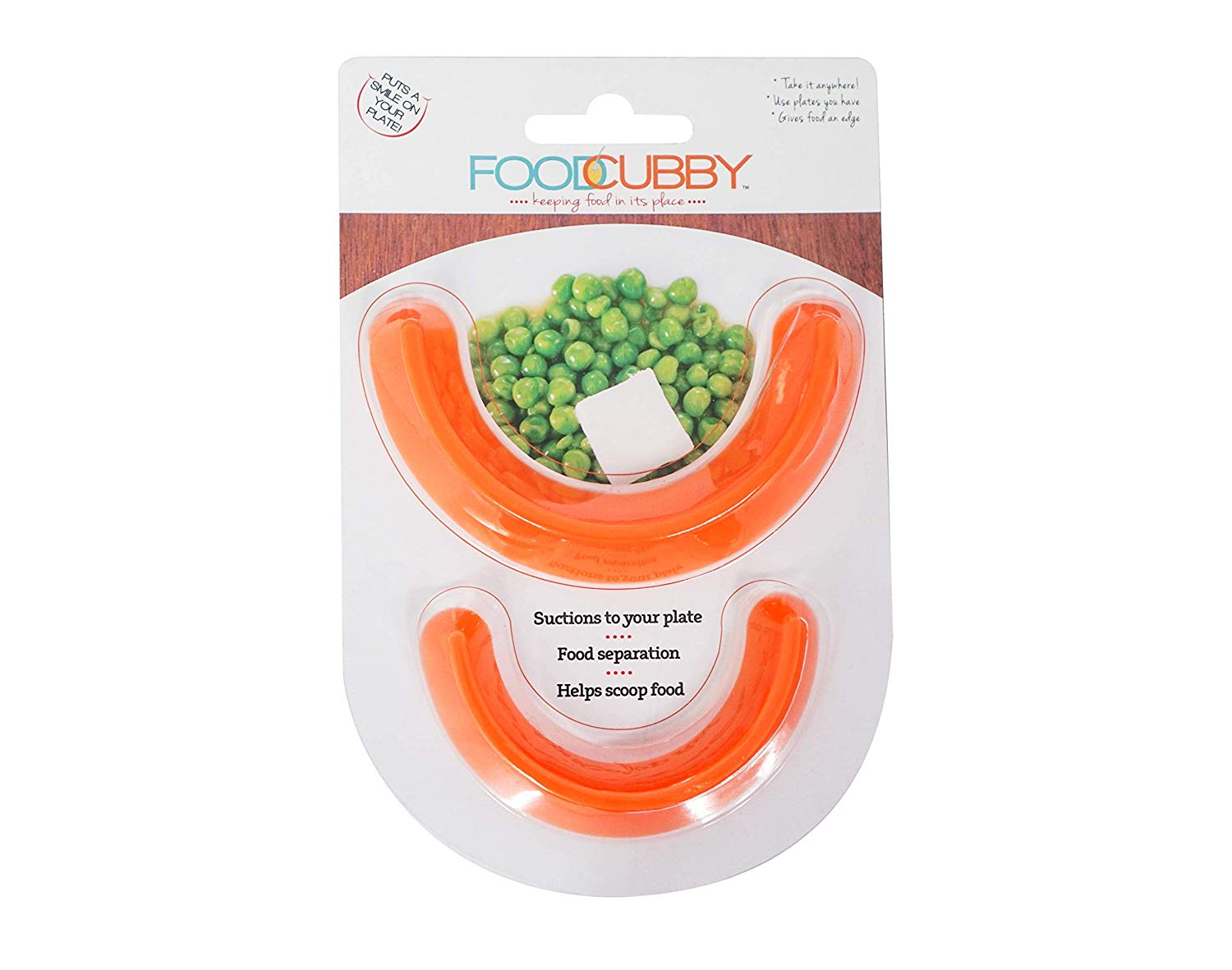 Regardless, for people in any of these groups who’ve tried the Food Cubby they’ve found it to work great for them.

Other reviewers have pointed out that the Food Cubby is easy to remove and doesn’t require you scraping your plate. Plus, if you are concerned about portion sizes, the dividers do hold ½ cup of food. They also don’t contain BPA, they’re dishwasher safe and can be easily transported for dining out. I mean, why not?

The Food Cubby can be bought in packs in order to stock in your cupboard or can be given away as gifts. They are also easy to pack, which makes them very convenient to bring on trips – either road or aboard. Plus, they’re bright colored so they’ll bring a smile to anyone’s face when they see perfectly compartmentalized food on a plate. Gone are the days of needing multiple plates or making makeshift food walls. All you need is a Food Cubby or two.

So tell us, would you want to try this product? Do you know someone who does? Let us know!