The 10 Grossest Things That People Have Found In Their Food

Everyone has experienced a minor inconvenience or two when they are dining out. After all, a fly landing in the soup can happen sometimes. But what happens when your meal is subjected to something that is far more disgusting? This list is full of sickening discoveries that range from prepackaged foods to takeout favorites.

1. A man purchased two coffees from Tim Horton’s and placed one of the coffees in his fridge to enjoy it later. Once the coffee was microwaved, he discovered that there was a dead mouse inside. 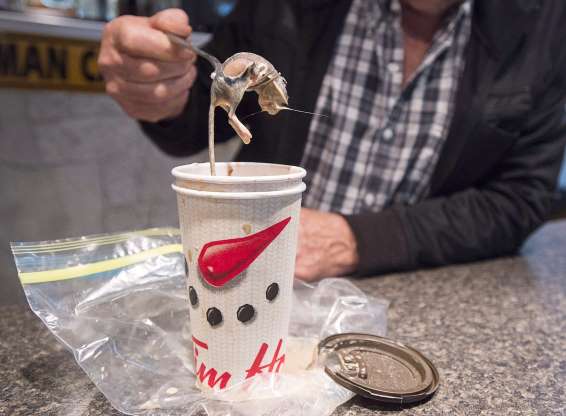 2. Saewookkang is a popular shrimp snack that is sold in South Korea. Unfortunately, one of their customers was treated to a rat’s head! The production line was shut down and a public apology was issued for the incident. 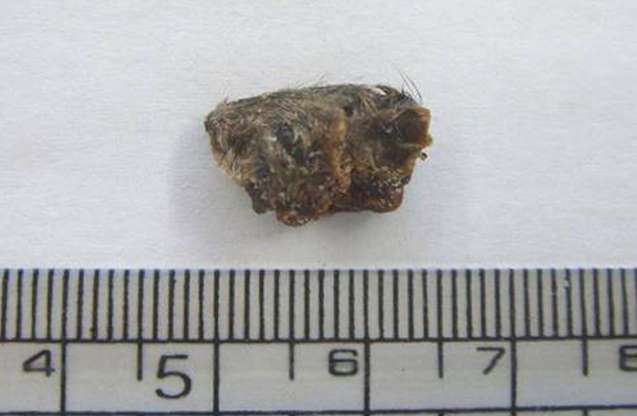 3. In 2018, a man was eating Chinese food when he reportedly tasted tobacco before realizing he was chewing on the soggy butt. 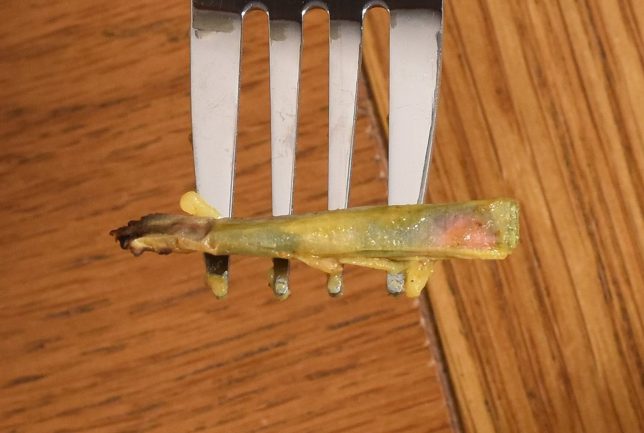 4. In 2010, a man was making sandwiches for his two children when he found a dead mouse embedded in a loaf of bread. The ensuing investigation led to a $20,000 fine for the company. 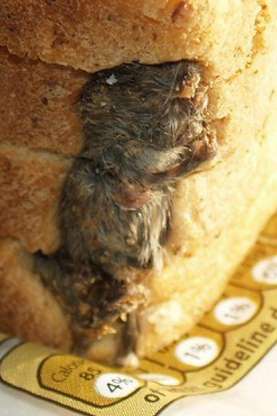 5. A man from Louisville, Kentucky, says he found a cockroach at the bottom of his Dairy Queen Blizzard in 2015. DQ offered an apology and some coupons, according to the man. 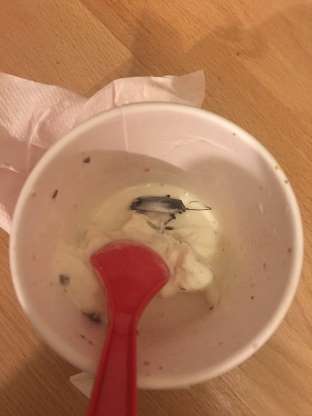 6. A British woman reportedly swallowed a one-inch nail in a box of Tesco macaroni cheese thinking it was a hard noodle. She was immediately rushed to the hospital, where an X-ray confirmed the nail’s presence. She returned to the Tesco where they had purchased the macaroni meal and were given their money back (about $1) and a complaint form. 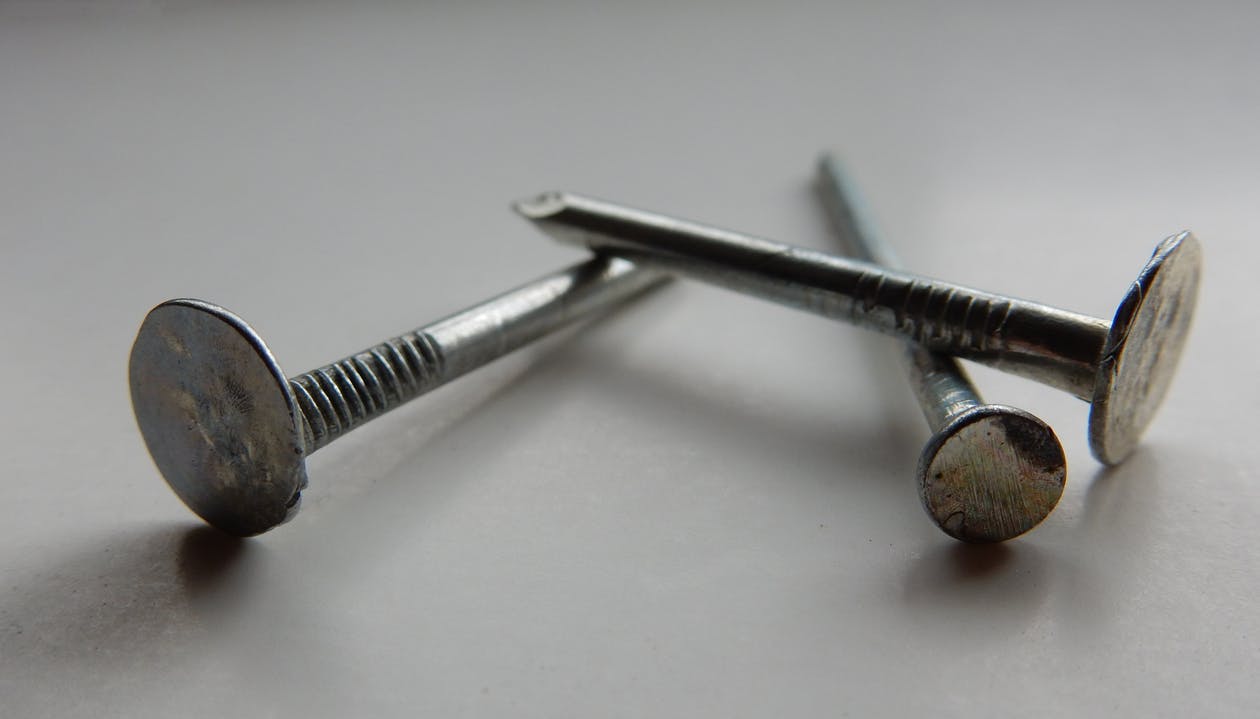 7. A man found a snake head in his green beans. The good folks at Western Family halted all of their shipments as soon as the discovery was made. 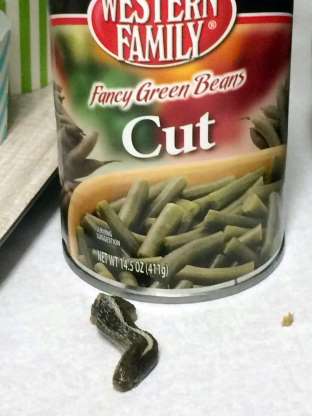 8. Swedish parents were horrified to find dead baby rats inside of baby food packaging. We are disgusted beyond belief. 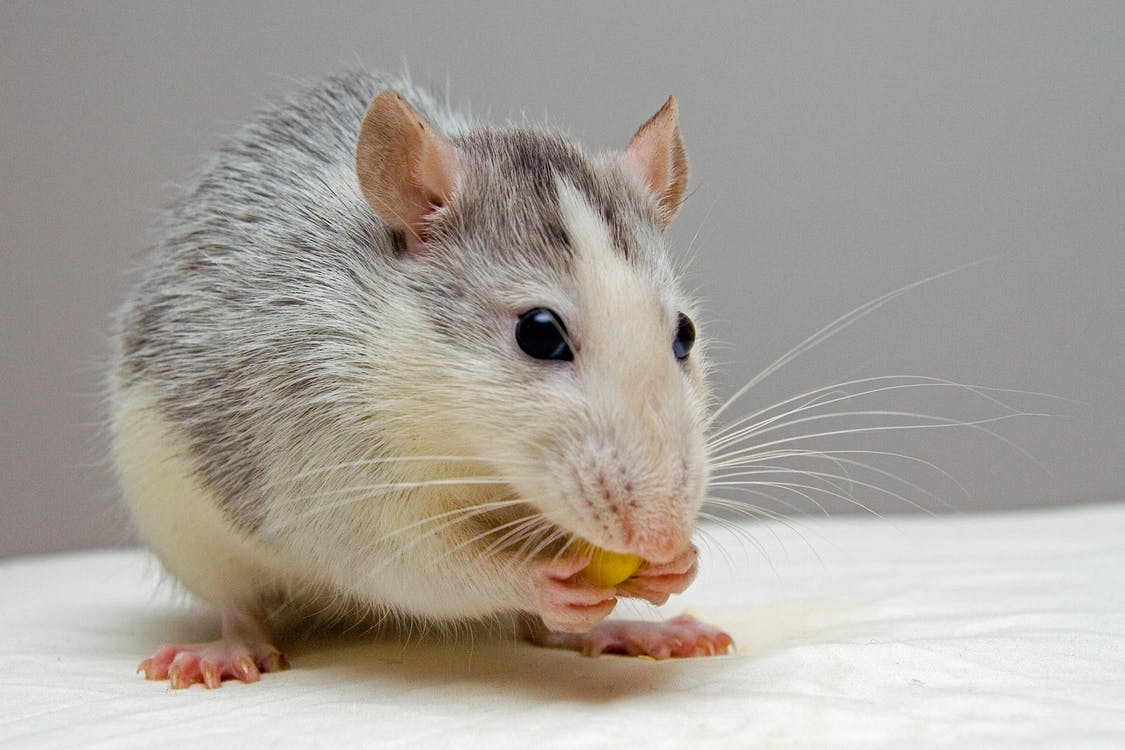 9. In this photo, William Franklin displays the index finger he reportedly injured while working at a Kohl’s Frozen Custard outlet in Wilmington, N.C., in 2005. Well, a man brought home a pint of frozen custard with it inside. 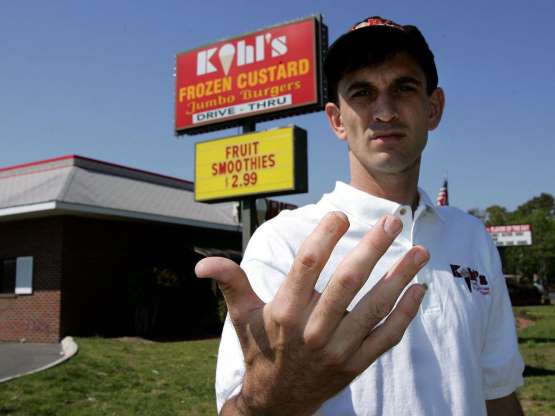 10. The Sourdough Saloon in Dawson City, Yukon, is famous for its Sourtoe Cocktail, which combines two ounces of Yukon Jack whiskey with a preserved human toe. The drink’s famous motto: “You can drink it fast, you can drink it slow, but the lips have gotta touch the toe.” Several Sourdough guests have actually swallowed the digit, which now carries a $2,500 fine. 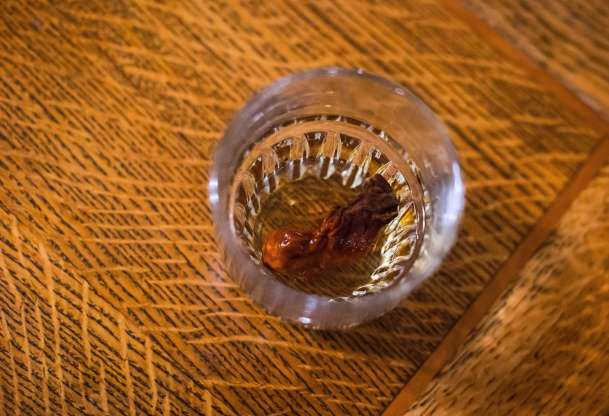