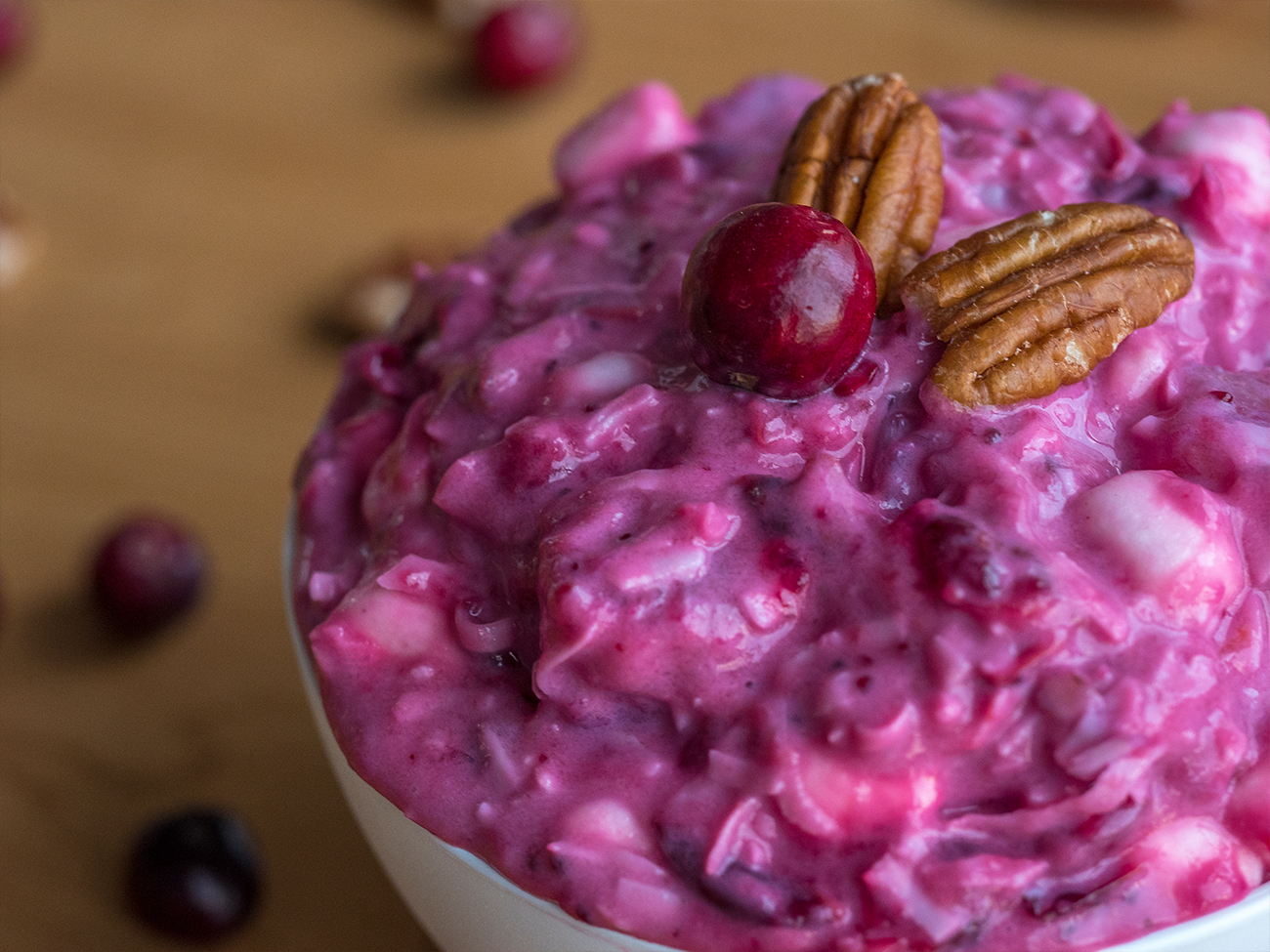 Not only is this cranberry millionaire salad totally delicious and addictive, but it’s also the prettiest color, which we adore. (We love when our food looks just as great as it tastes, so this salad is a definite win for us.) Those two facts combined make this dish absolutely perfect for the holidays; watch, if you bring this to any party in or around the holiday season, people will go crazy for it! It’s sweet, fruity and refreshing, and no one can resist once they take that first bite. 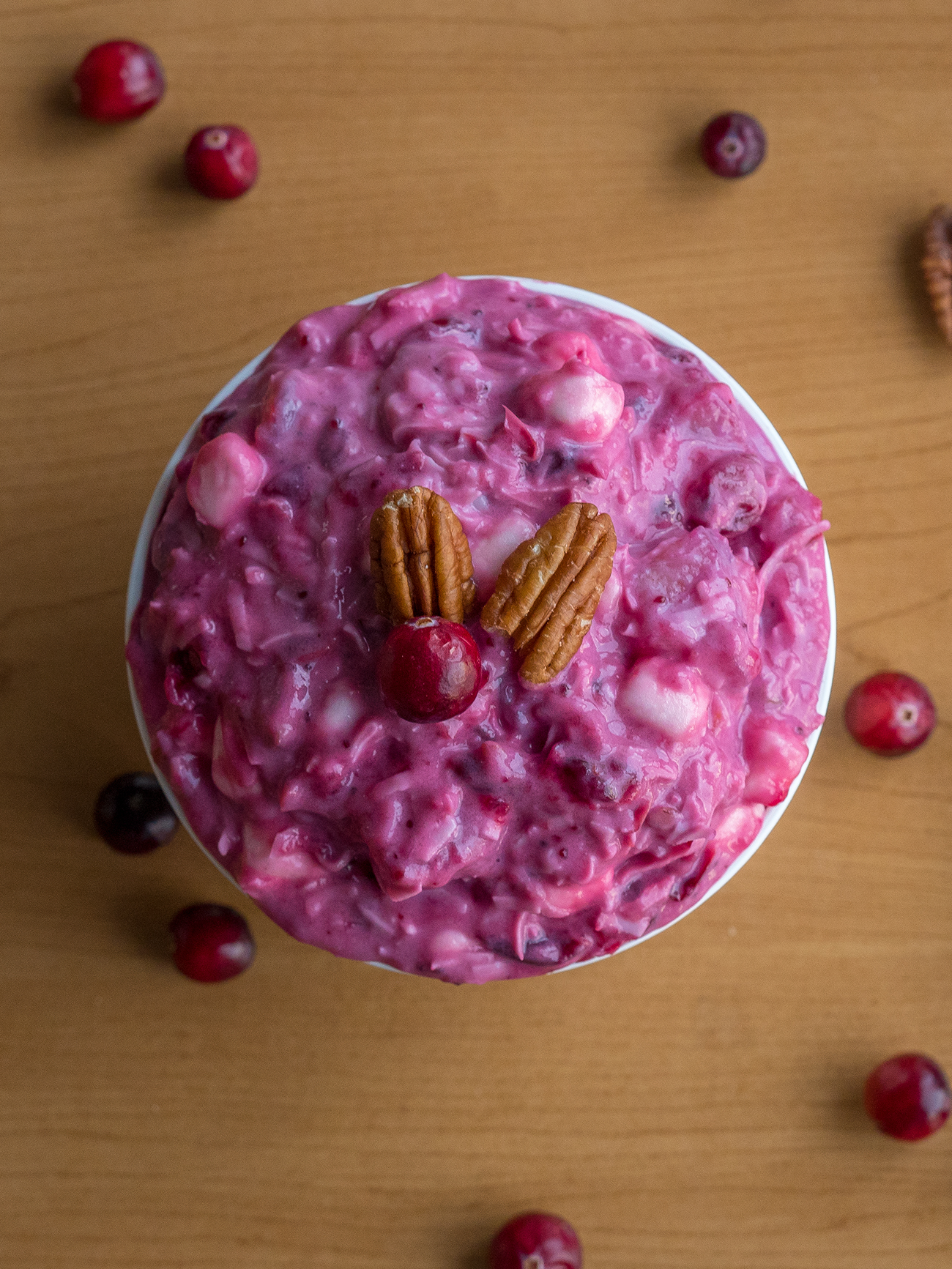 With fresh cranberries as the base of this “salad,” we start off by making a homemade cranberry sauce, then later mix in Greek yogurt, marshmallows and pineapple, among other things, to create a dish unlike any other. It’s perfectly seasonal, but we look forward to making it all year…try it and you’ll see why!

Recipe adapted from Spend With Pennies